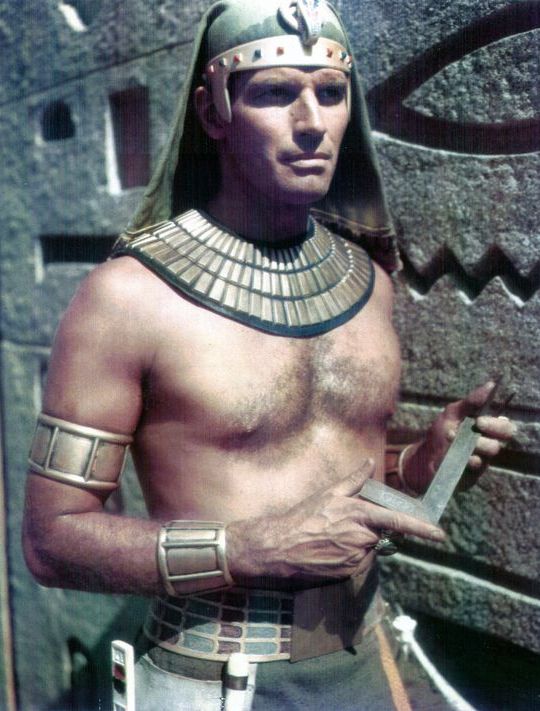 Thou Shalt Not Covet... 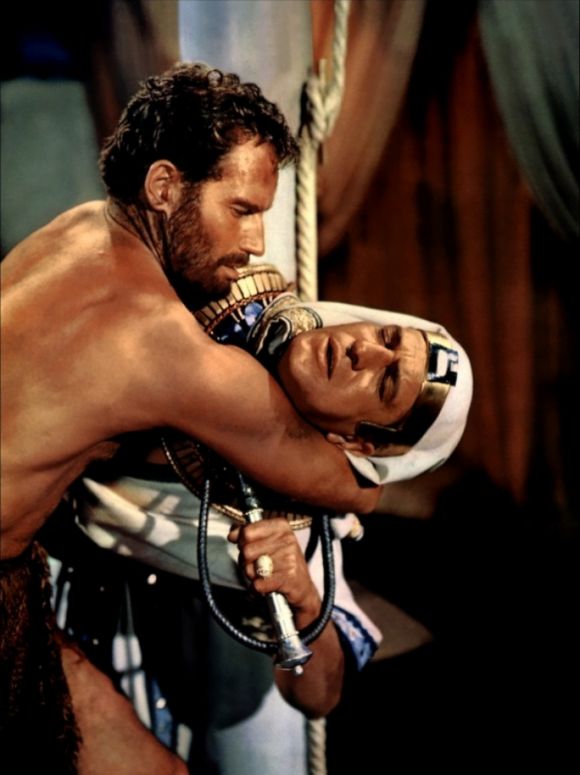 In addition to chocolate eggs and cute hunks in bunny ears, for people of faith, Easter is first and foremost a religious holiday which celebrates the resurrection of Jesus Christ.  No matter where you fall with religion and faith, for me, it is important to keep some sort of meaning, the giving and forgiveness, as part of the celebration.  If not....those who use religion only as a way to back up hate and prejudice own the holidays, and for me, that would be a greater sin. 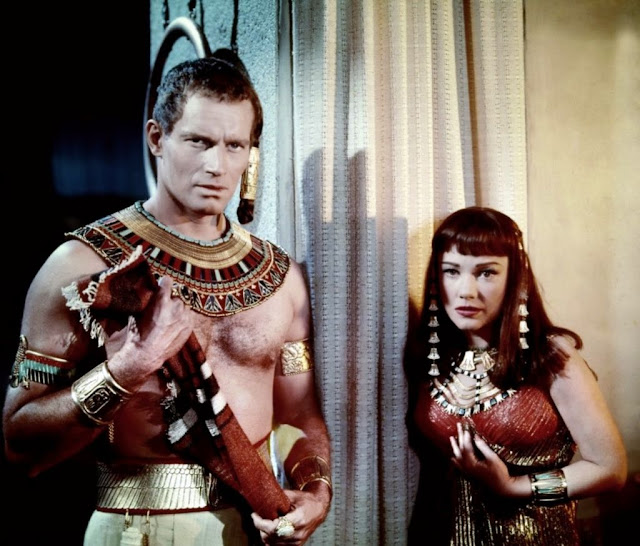 So... that leads me to this post.   I wanted to bring faith somehow into today's postings, and nothing has me say 'thank you God' than tied up shirtless men in skirts.  Although The 10 Commandments is really an Easter movie, most of us are aware it airs on ABC pretty much every Easter Weekend. 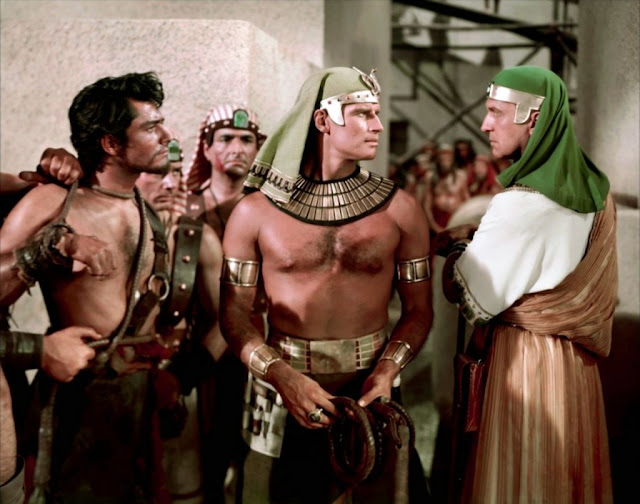 Regular FH readers won't be too surprised to learn I have never seen the 1956 Cecil B. DeMille extravaganza.  Although I am sure I have seen a few minutes here and there when walking into the rec room when my mother watched, nothing about it, until today, really had me wanting to watch.  It it a really long movie, and from the little I saw, looked incredibly boring. 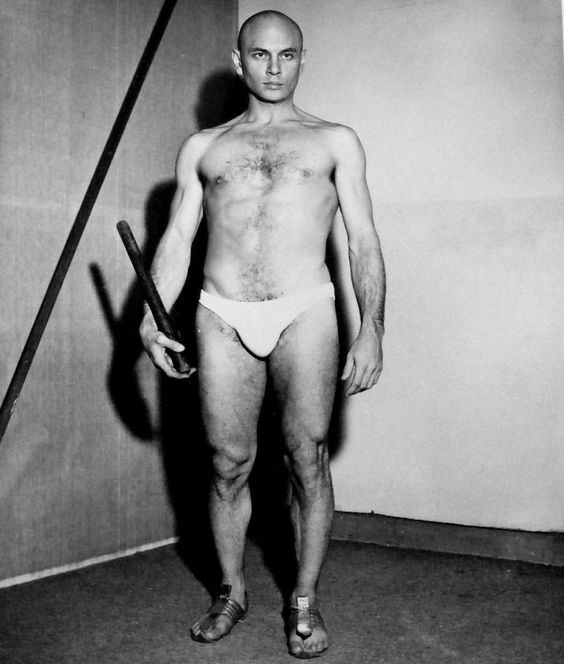 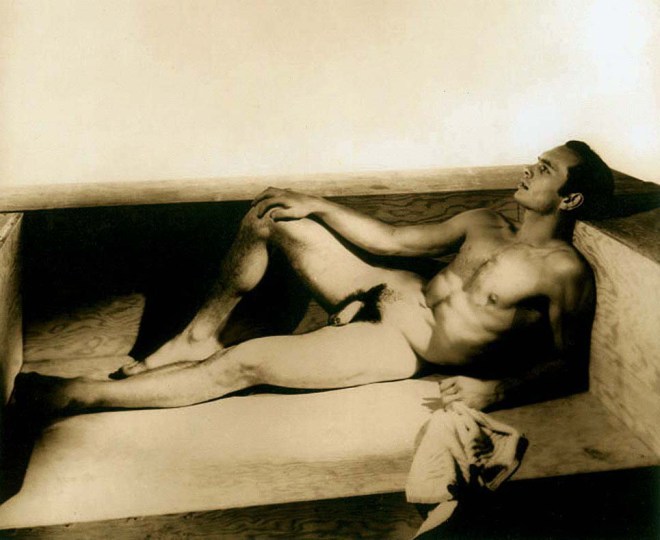 Although I have gotten over my phobia of movies made before I was born, I have still not gotten around this one.  When looking for images however, I must say I was taken by all the man chests, especially on actor John Derek.  Although I think I knew Derek was an actor, up until today, all I really knew about him was his penchant for recycling Hollywood blondes. 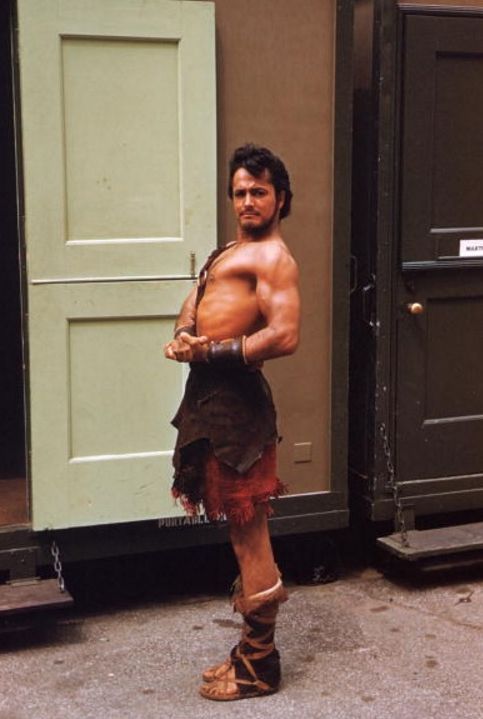 Usually Derek was getting the shirts off others, especially his wife Bo, but in The 10 Commandments, it is Derek's shirt that mostly stayed off.  When doing a bit more digging, a few things did come back to me.  I have seen the Derek directed Tarzan The Ape Man, mostly because of the loin cloth wearing Miles O'Keeffe.  I remember when I did a small image piece on Miles reading their was conflict on the set, mostly due to Derek, who if I remember,  earned a reputation of being a wee bit controlling by this point in his career.

Heston and Derek working out for their shirtless scenes. 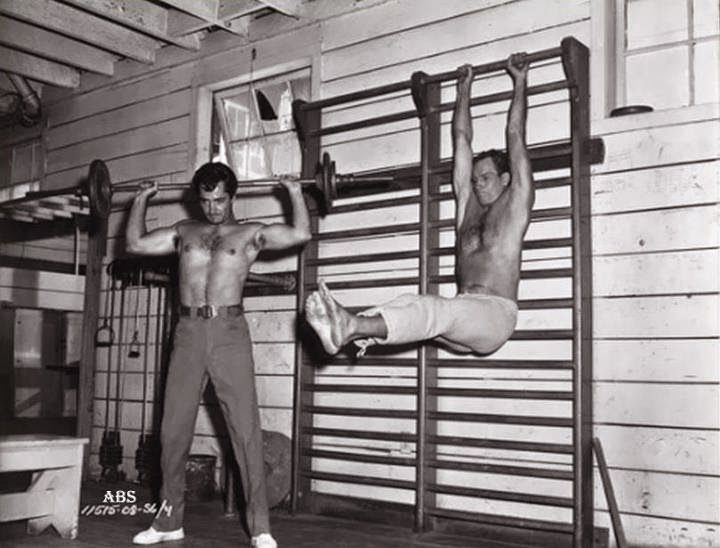 Derek is certainly stunning in most of the promotional shots for The 10 Commandments, especially when tied up.  Not sure if it warrants a four hour viewing of the film, but it may have me watching with my finger on the FF button. 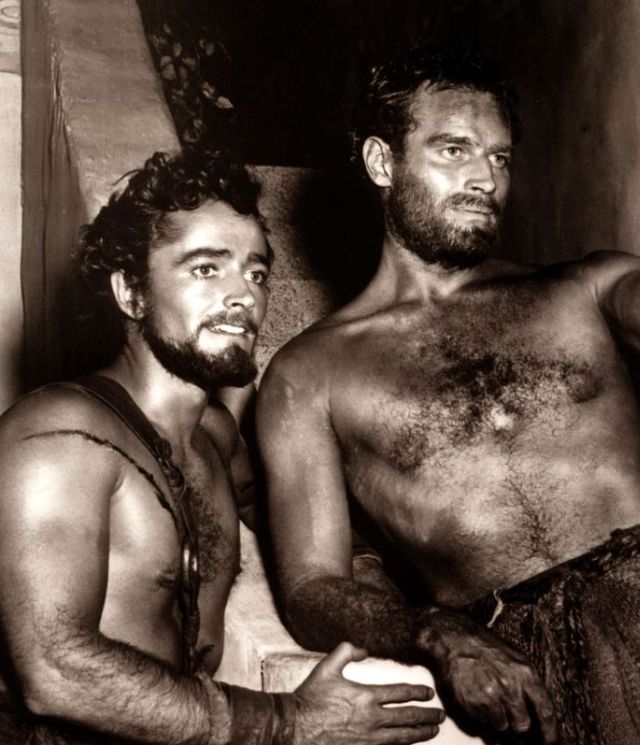 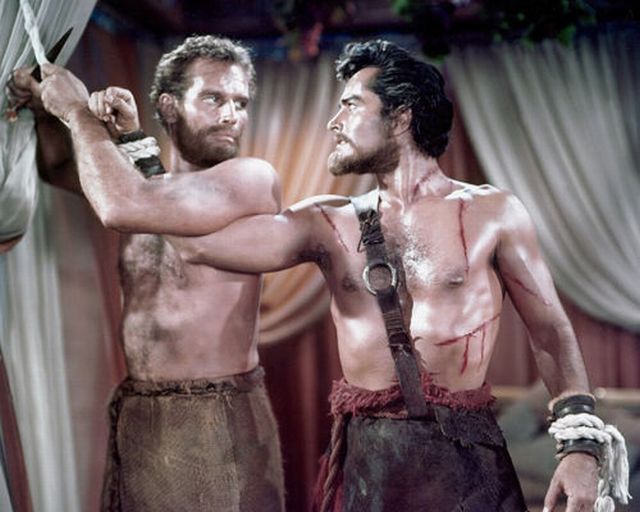 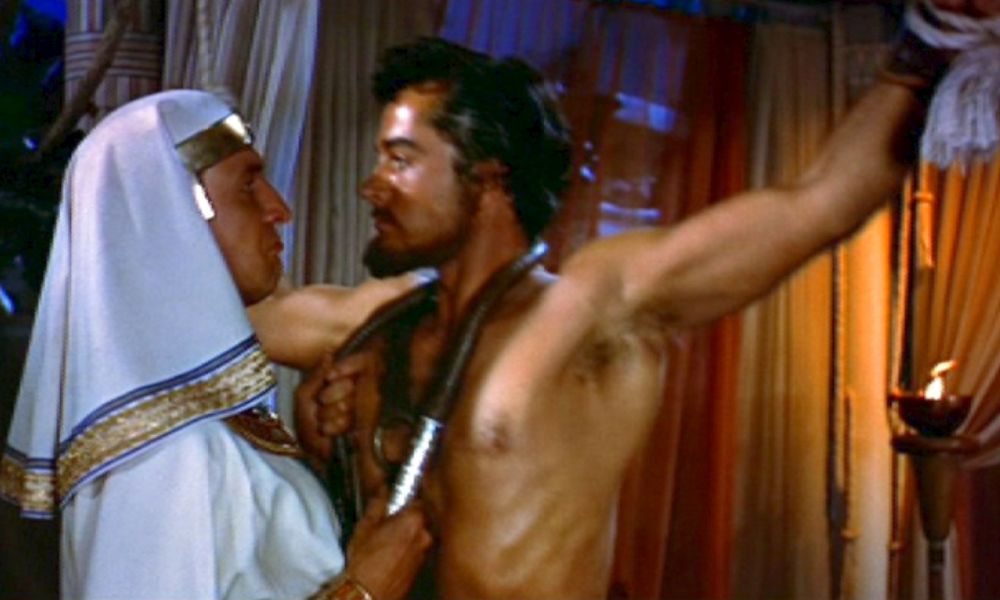 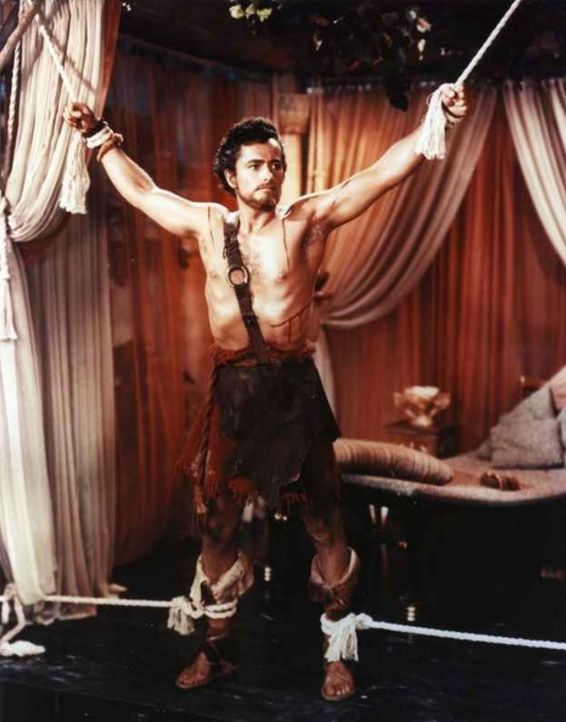 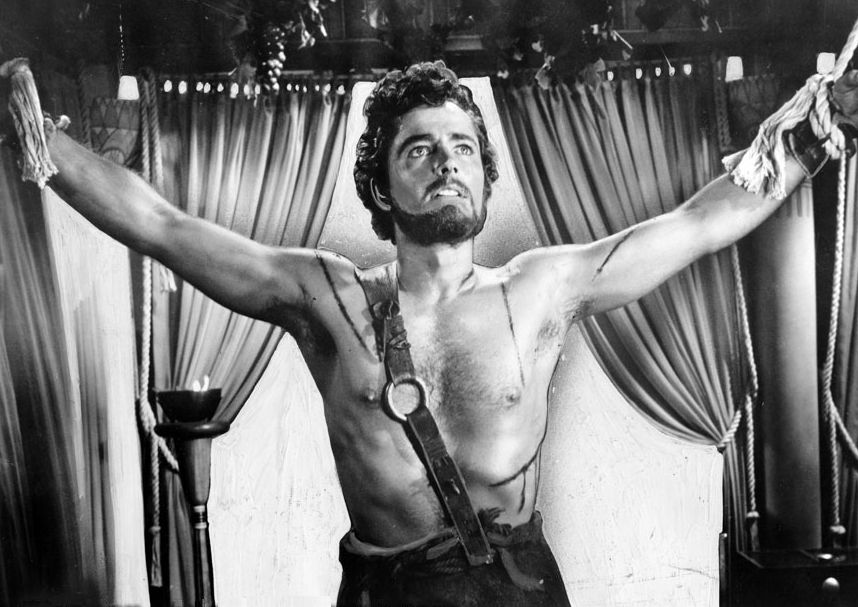 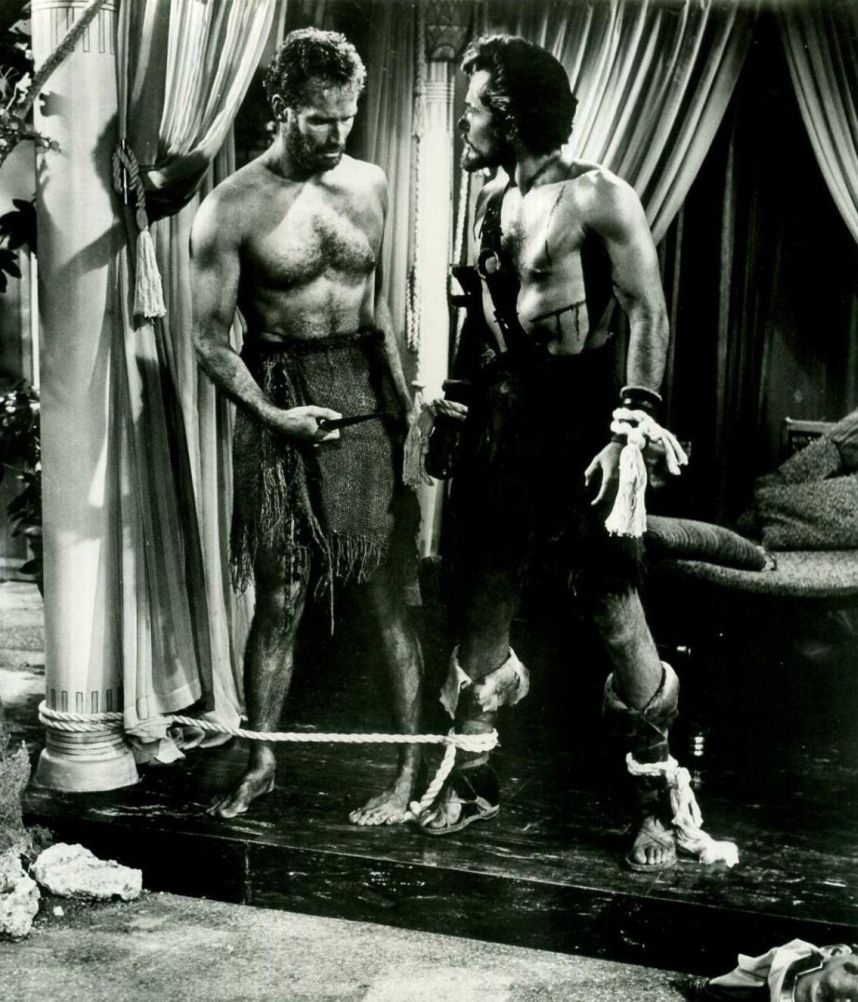 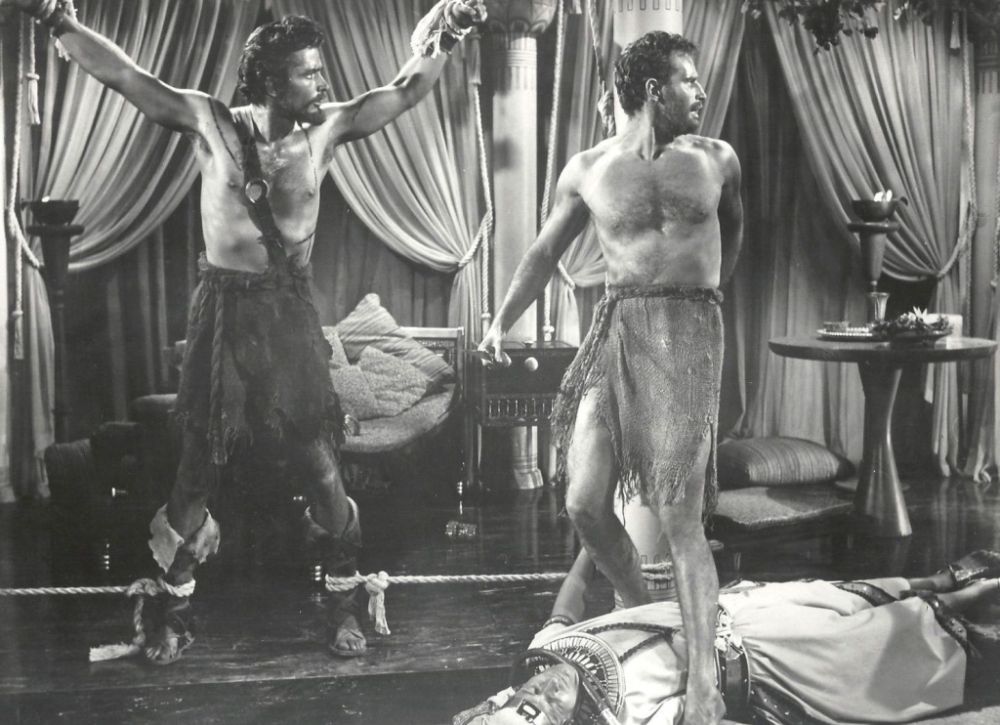