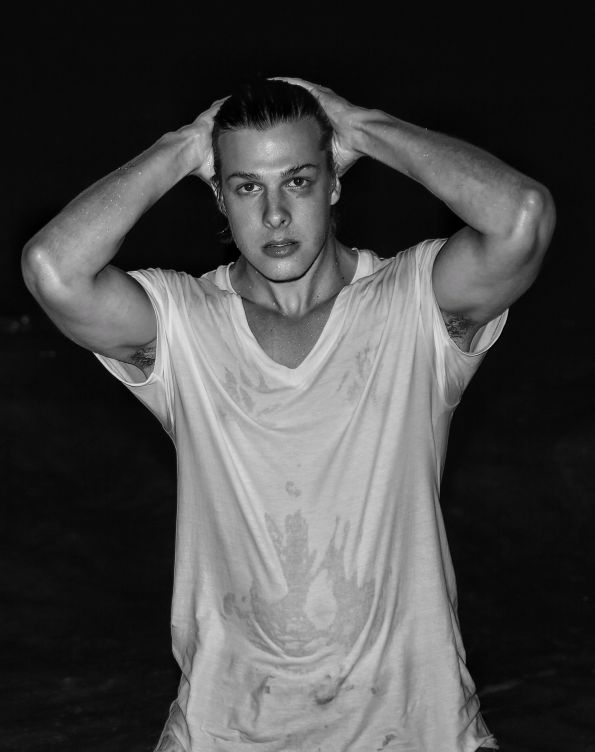 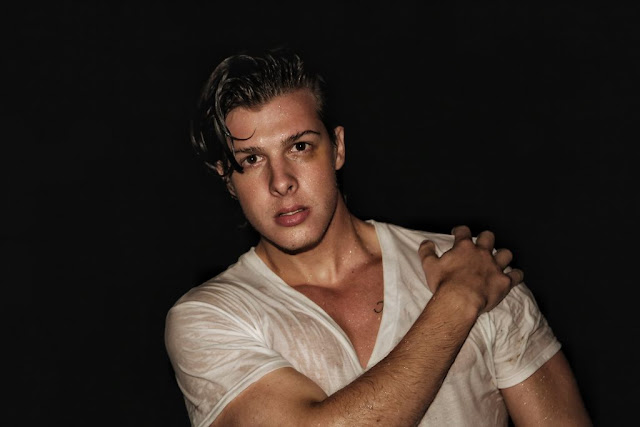 One of the most incessant aspects of a heat wave is it's relentlessness. Unless you in live in air conditioning, the heat beats against your body, and sometimes into your spirit 24/7. On some summer nights, nights bring a break with cool breezes and slightly lower temperatures. During a heat wave, the evenings and nights can actually be the hardest with high humidity and bedrooms that fight hard to keep sleep at bay. 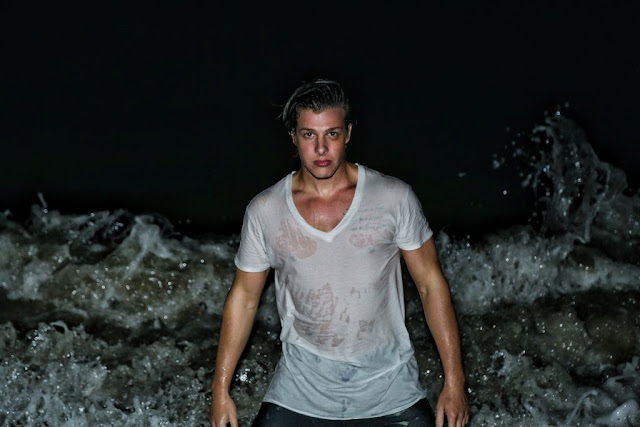 It is on those nights when the ocean calls.  Lakes and pools often let you down on a hot summer's night.  They may look cool and refreshing, but they tease.  No matter how hot the air temperature may get though, the ocean never fails to refresh and revive a tired and sweaty body. 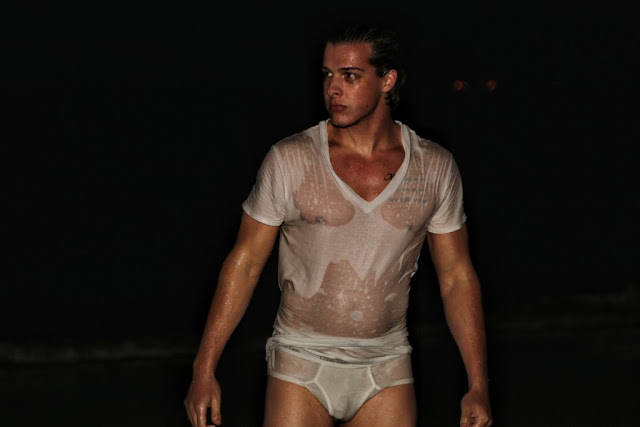 'No matter how hot, even when it's pushing 108 Fahrenheit, the city that never sleeps has its beaches. Still blazing hot, but with water, sand and dreams.'
Richard Rothstein 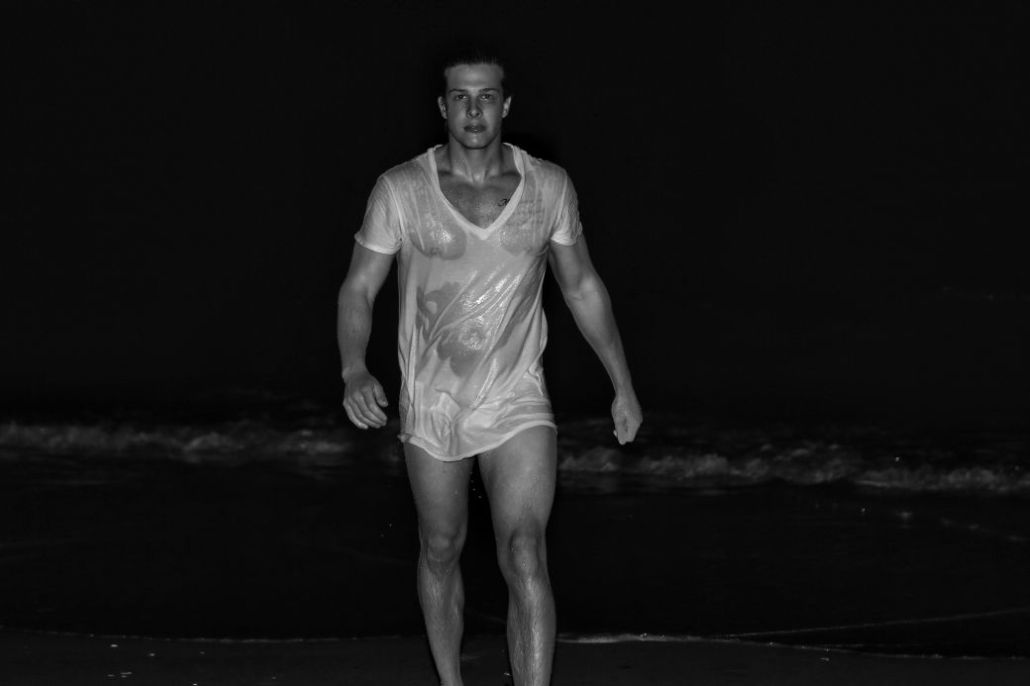 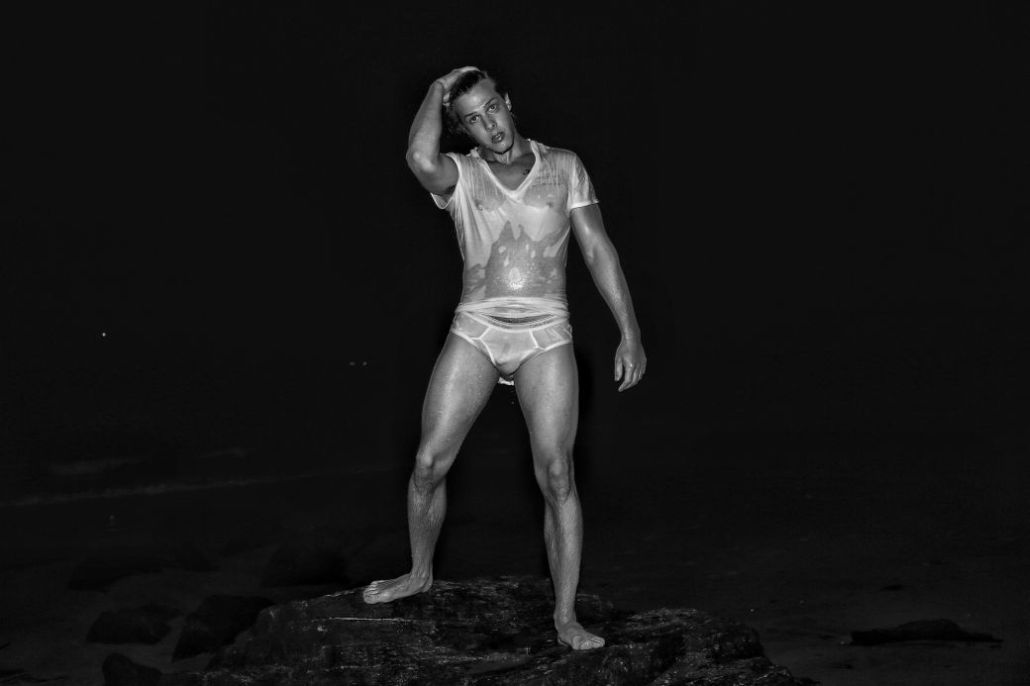 A recent trip to Richard Rothstein's Instagram didn't exactly cool me down.  Just the opposite in fact, especially after seeing Richard's shots of model Blake Hunter frolicking in the ocean in his wet Calvin's  Blake beautifully seizes the moment and firmly holds his own against the dark pounding ocean and brilliantly imposing night sky that surround him. 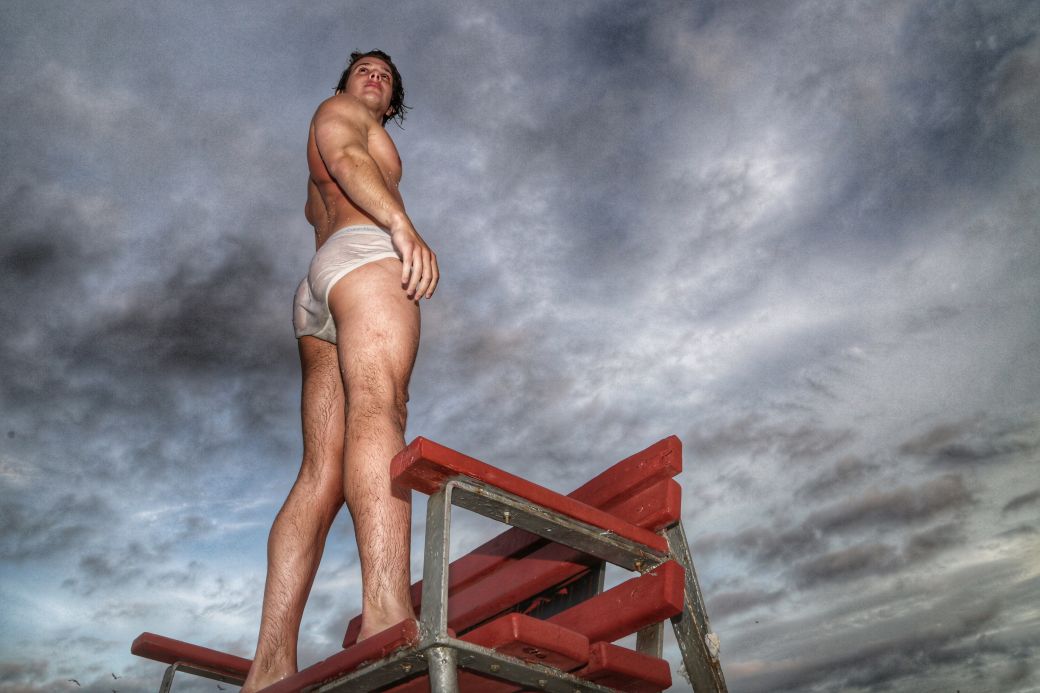 Where I live and go to bed each night it's been hotter, and more humid, that normal for most of the last month.  Although I had been looking for a bit of a reprieve, Richard's work with Blake has me hoping the heat wave lasts just a little longer. 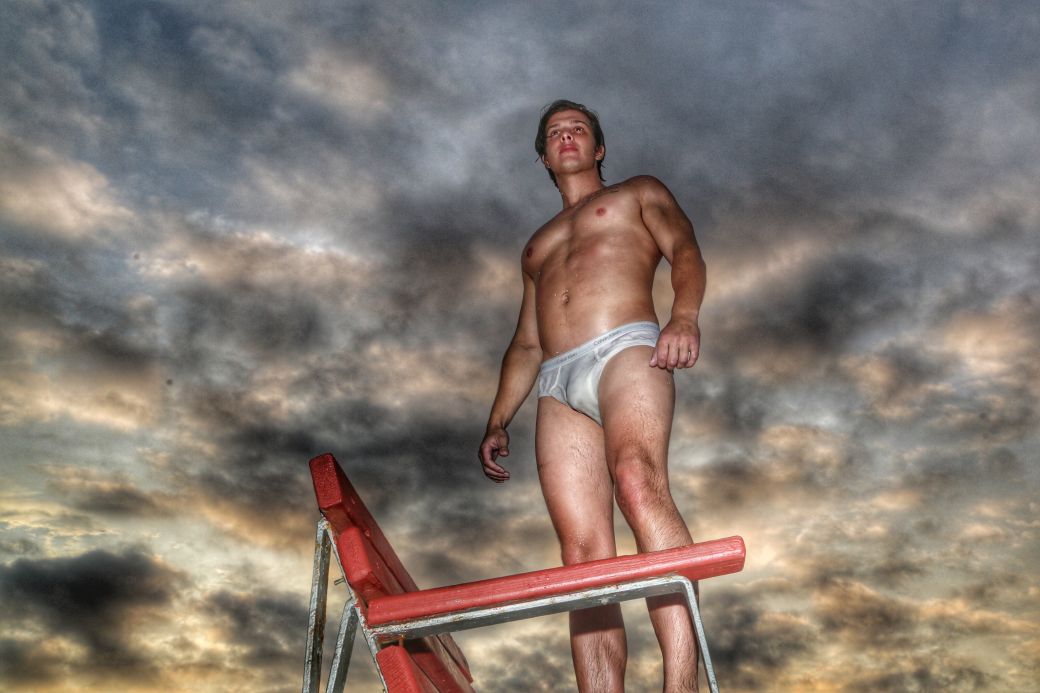 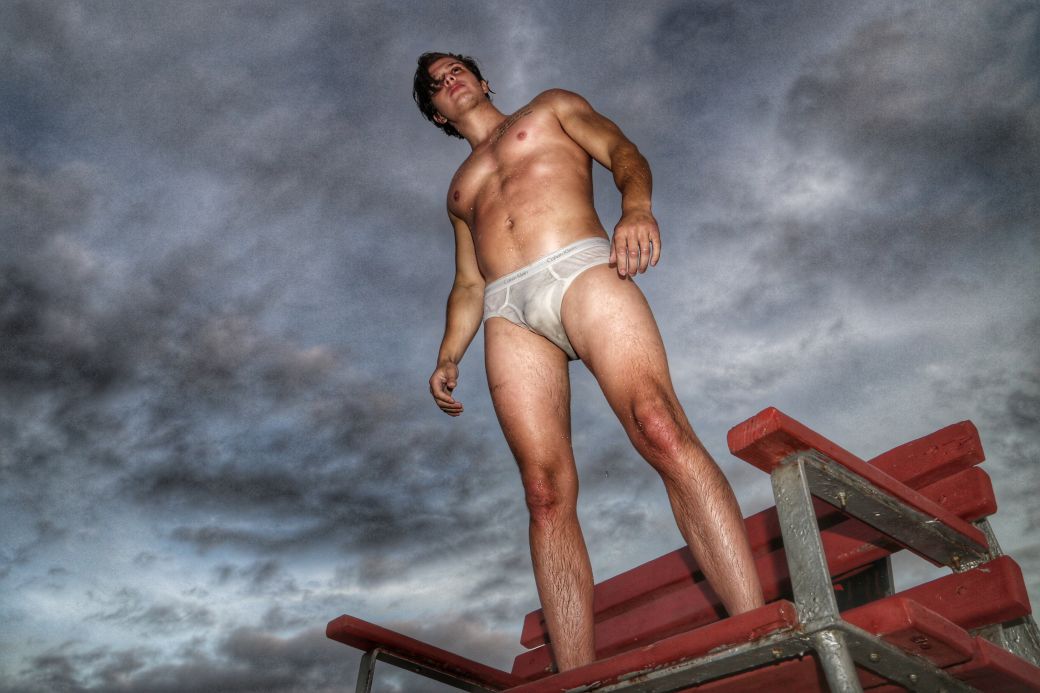 Richard's shots of Blake for this piece focus on the night portion of the shoot.  I loved the night sky and how Blake's body, skin and Calvin's look in contrast with the night sky and ocean.  Their shoot however, began early in the day.  If you want to see more of Blake cooling down, in the late afternoon and evening, check out more from this series on The OVER-FLOW HERE: 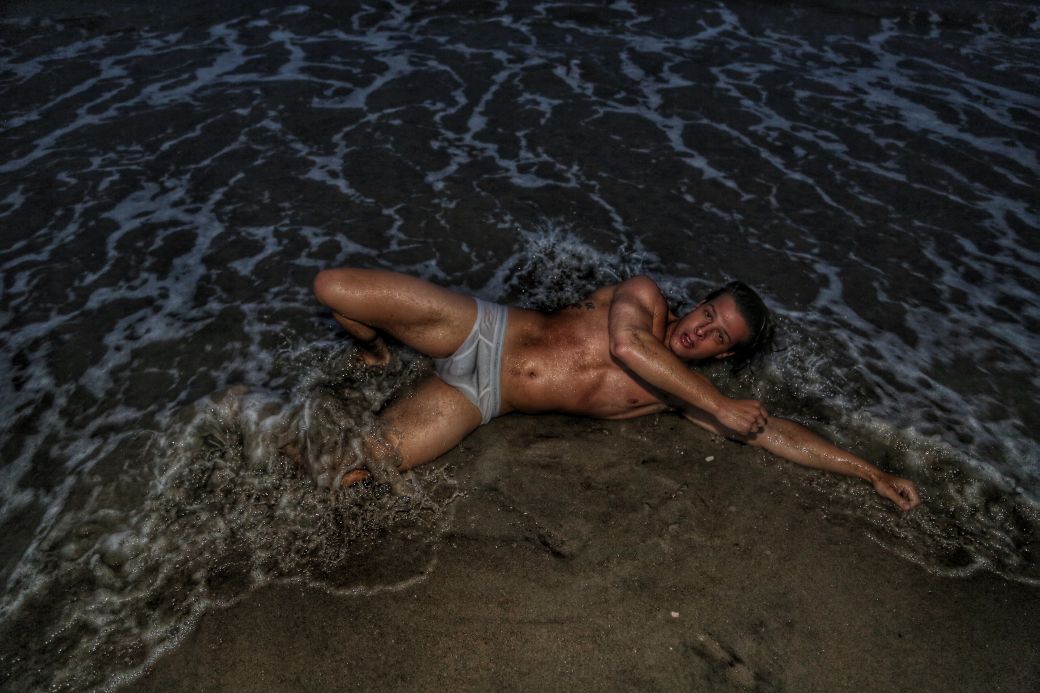 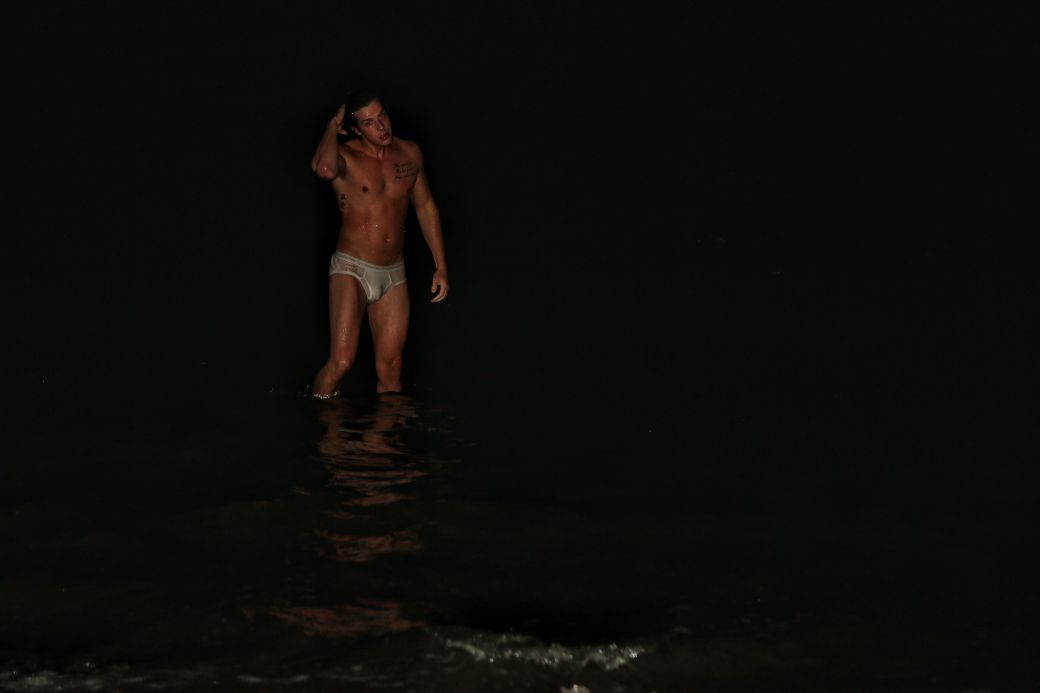 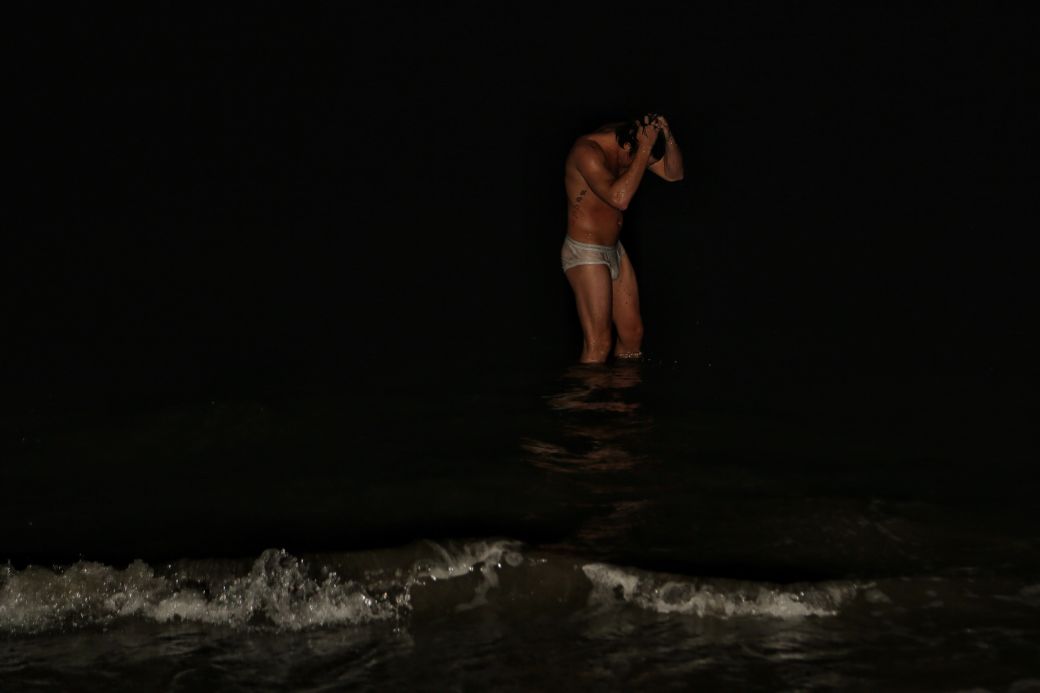 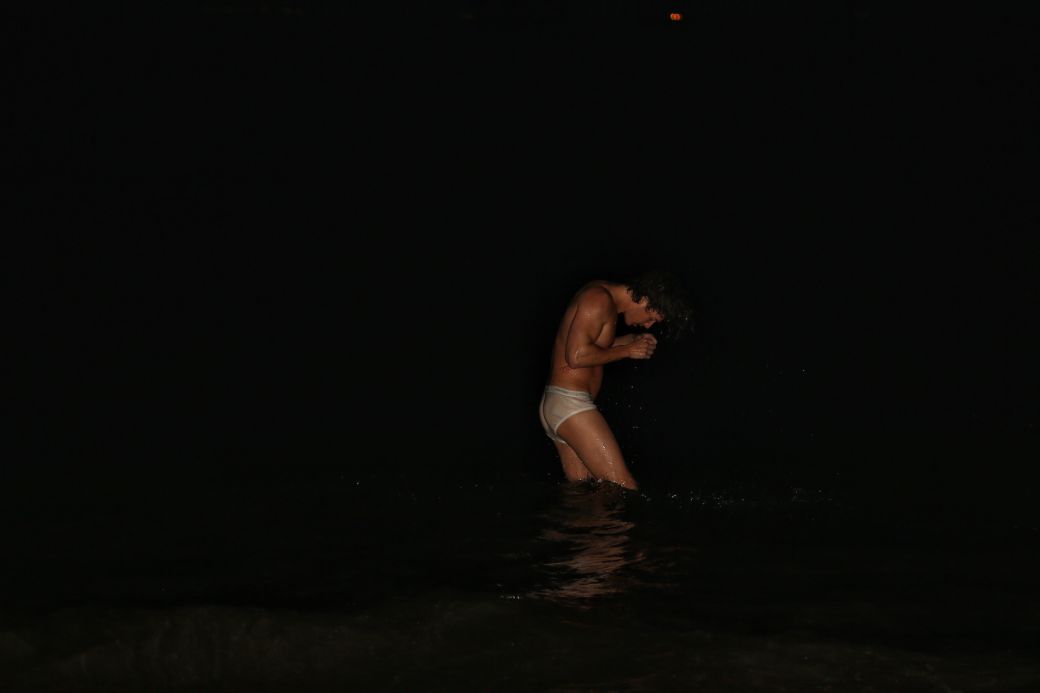 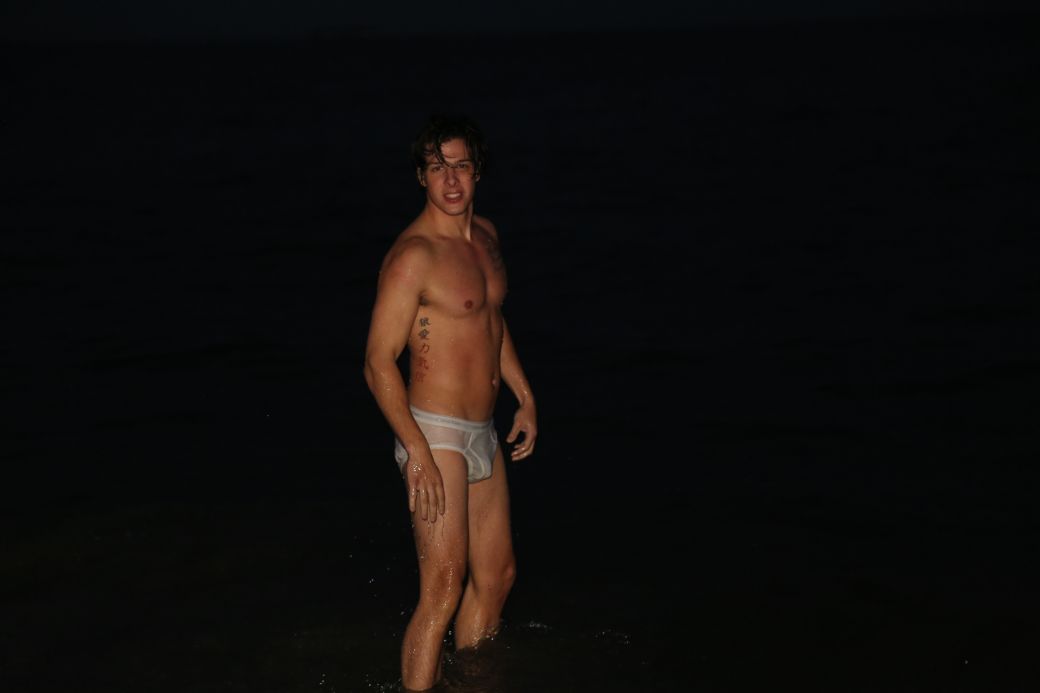 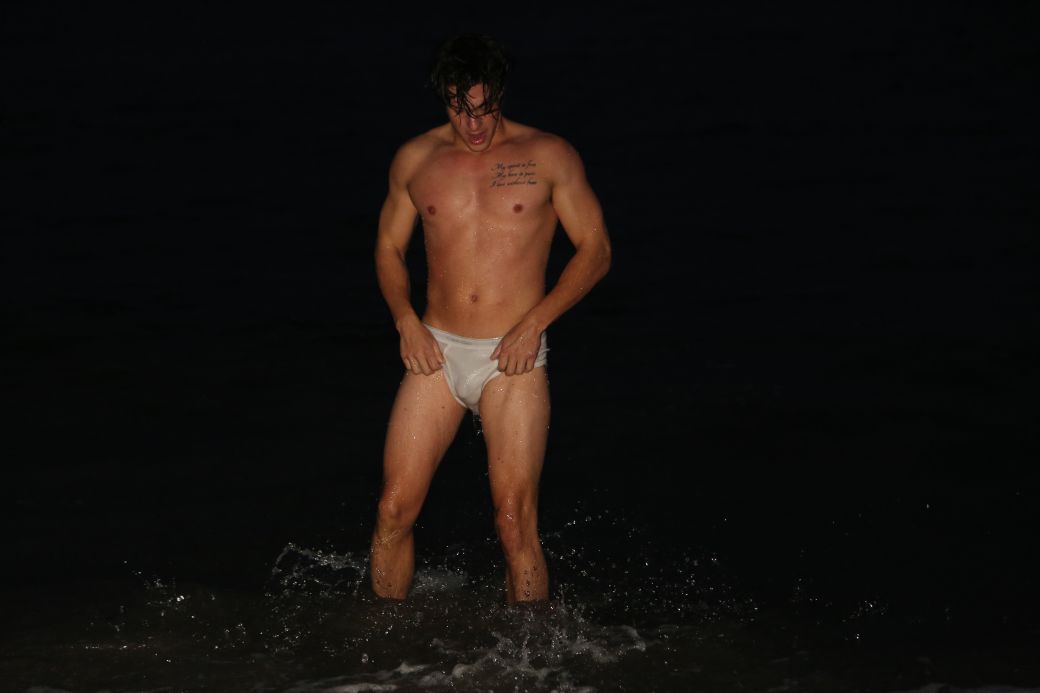