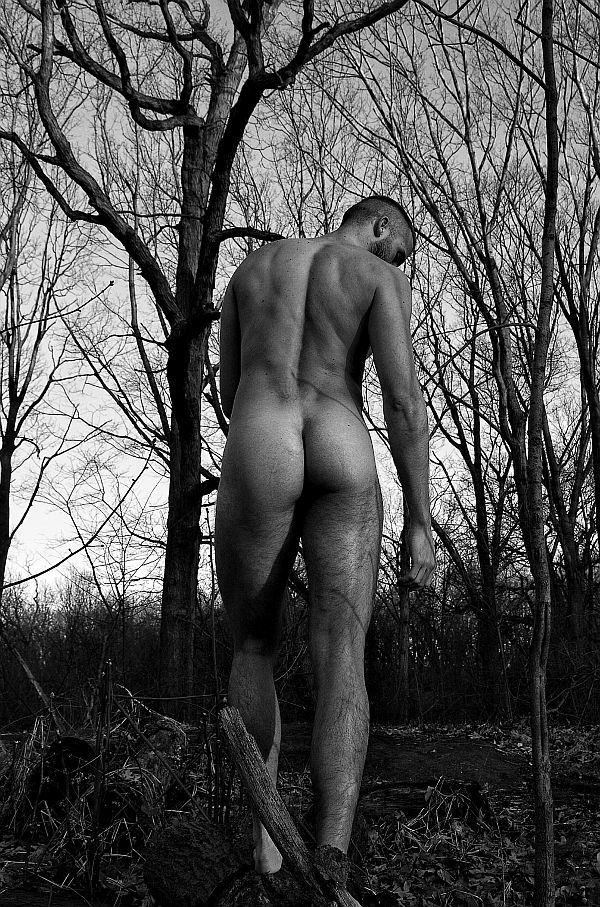 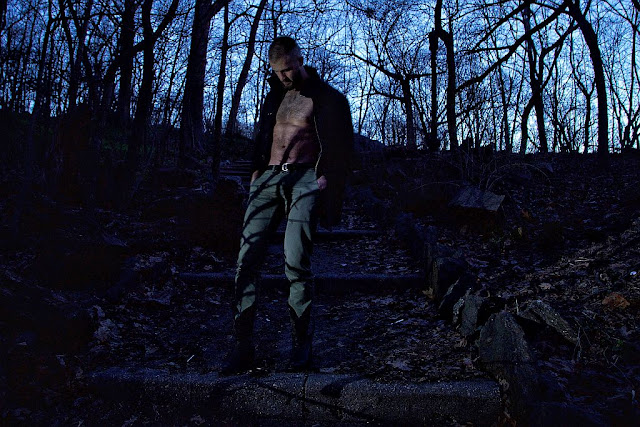 'My goal is to create fine art photography that unabashedly expresses queer beauty, sexuality and fantasy; that shatters the limits and definitions imposed on us by the so-called heteronormative. And I'm realizing this can't be done in a studio. It has to be OUT in a world that we own, not "borrow" from the straight world.' 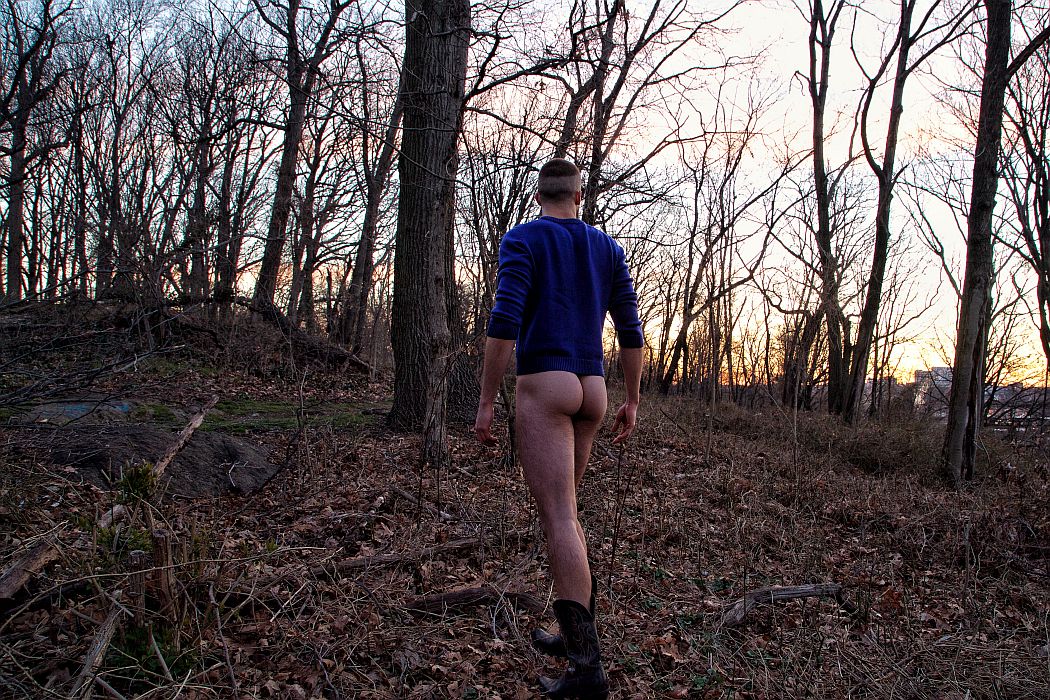 Earlier this month I featured part 1 of Richard Rothstein's Beyond Heteronormative themed trilogy. In the first chapter, Richard shared his experience of working with Tyler and the complexities of capturing the naked male form explored during the process of the shoot. I loved reading Richard's account of shooting Tyler state of tumescence, and how narrow and negative the presentation has often been. 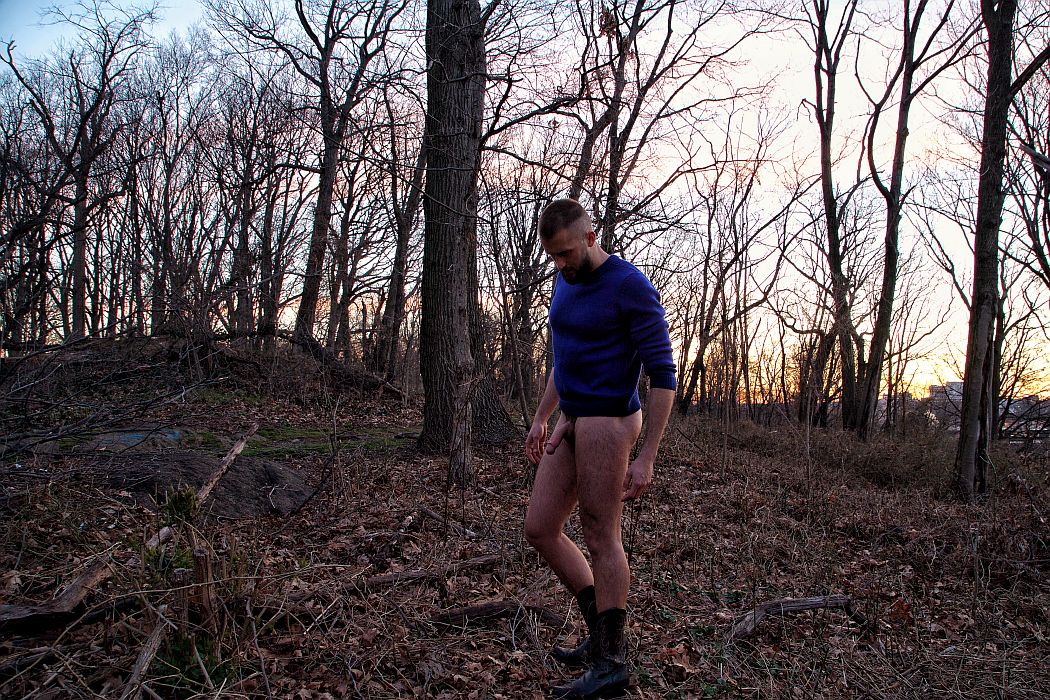 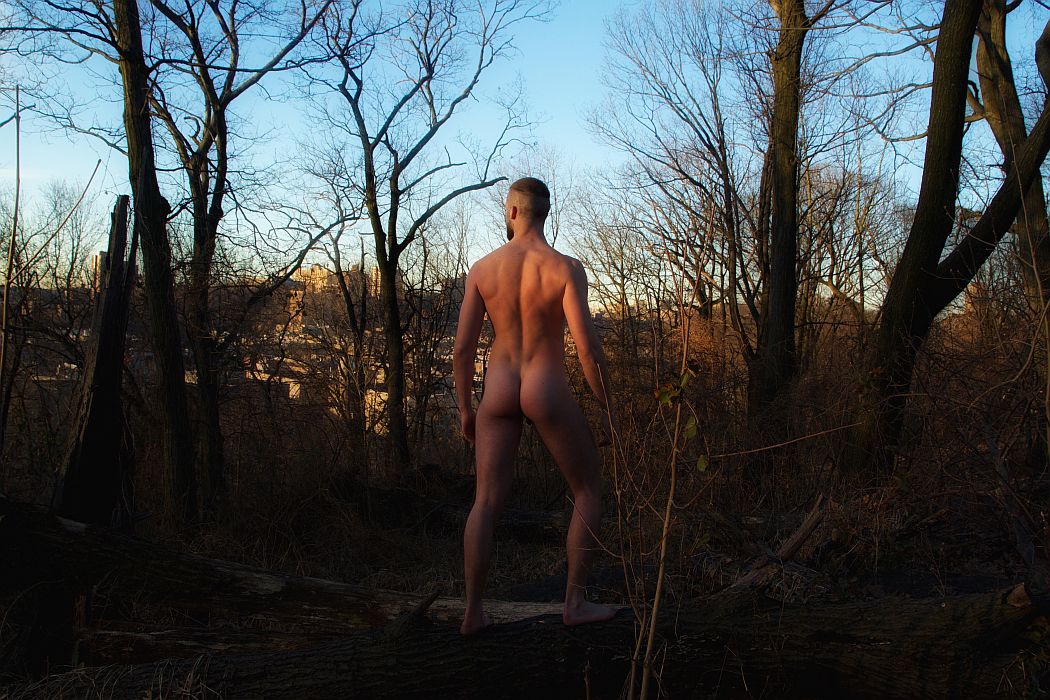 In addition to Richard's visually brimming and color captures of Tyler, I was personally taken with the location. I love forest shoots, but as you can see through the tree's, this section of woods is located close to the city, above, overlooking what lays beneath. Most stories begin away, and bring the action closer to the center as the story progresses. It was interesting to me that Richard began in lower Manhattan, then moved further away. It also made perfect sense given how New York is so central to Richard's work. 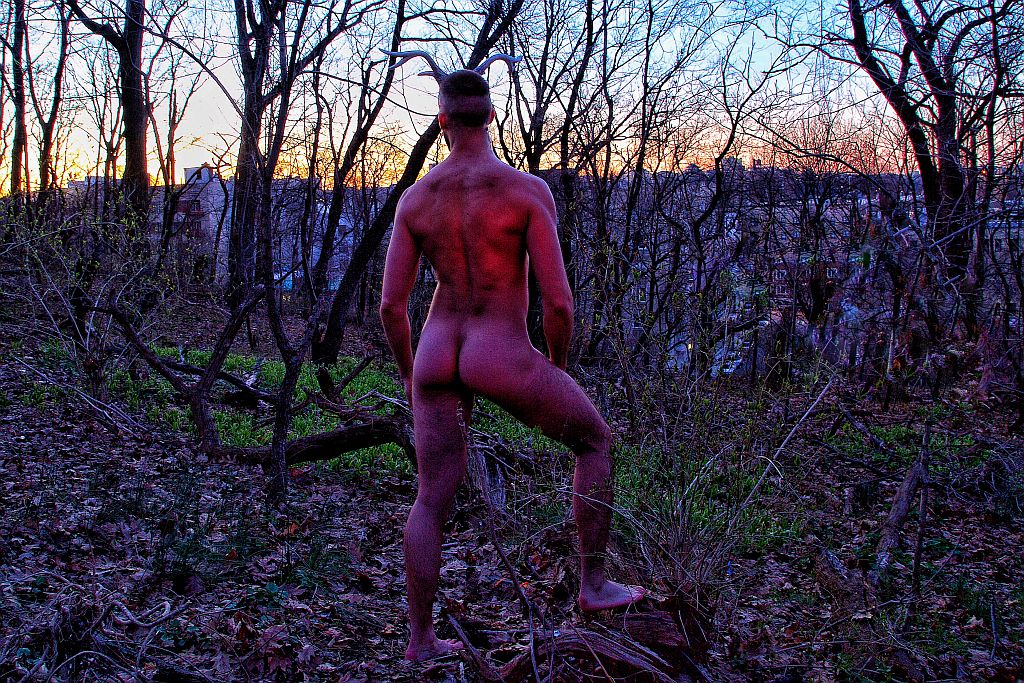 So many people, both in New York, and around the world, spend their lives looking at New York, either from across the water, or across the globe. Seeing Tyler in the city was something I enjoyed, seeing Tyler just outside NY was something I understood. Overlooking from a distance, visiting, but never quite belonging. Given the territory Richard is exploring in this series, it makes odd sense to move further from his comfort zone as the series progresses. 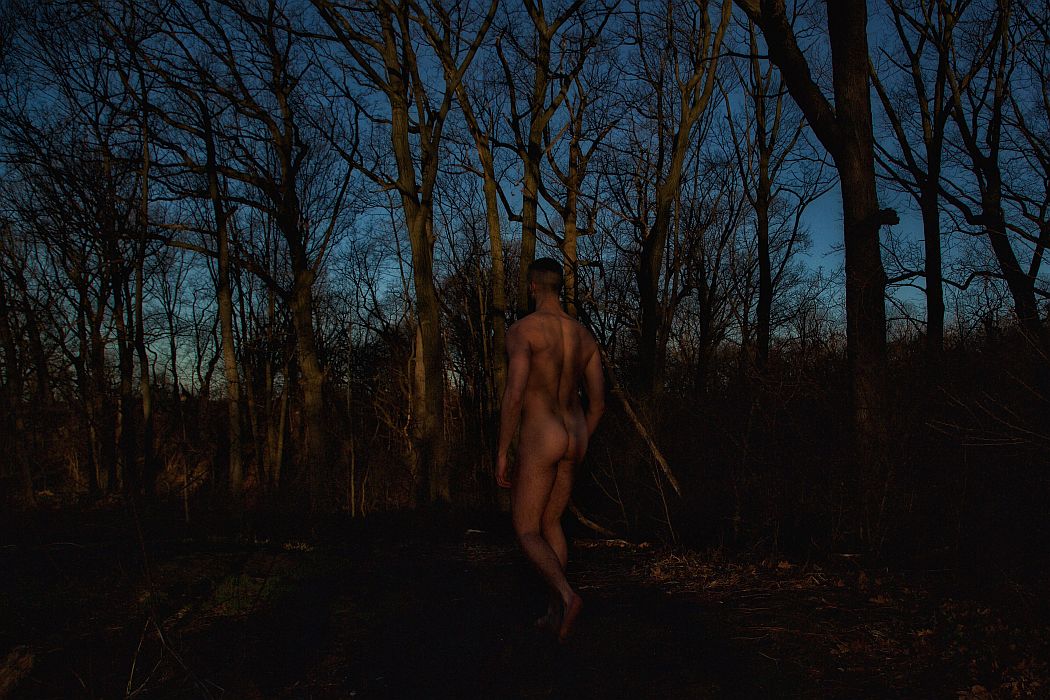 Tyler is the focus in the forefront, a strong sexual presence with forest behind him. So much of the beauty however, is seen through the branches of tree's that surround him. The light the dark, the blues and the pinks, the landscapes and the city are all beyond seen through the winter trees. These same trees, in few weeks will hide what's beyond, when their forces back into covering as their leaves grow back again.... until they fall away next Autumn to expose what's beyond once again. 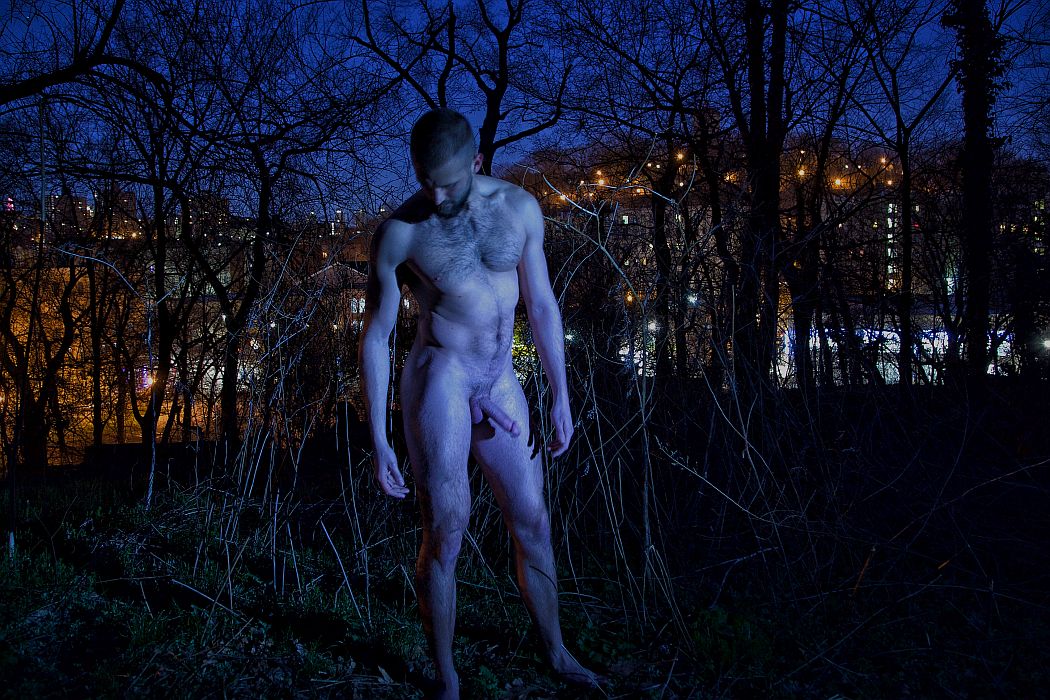 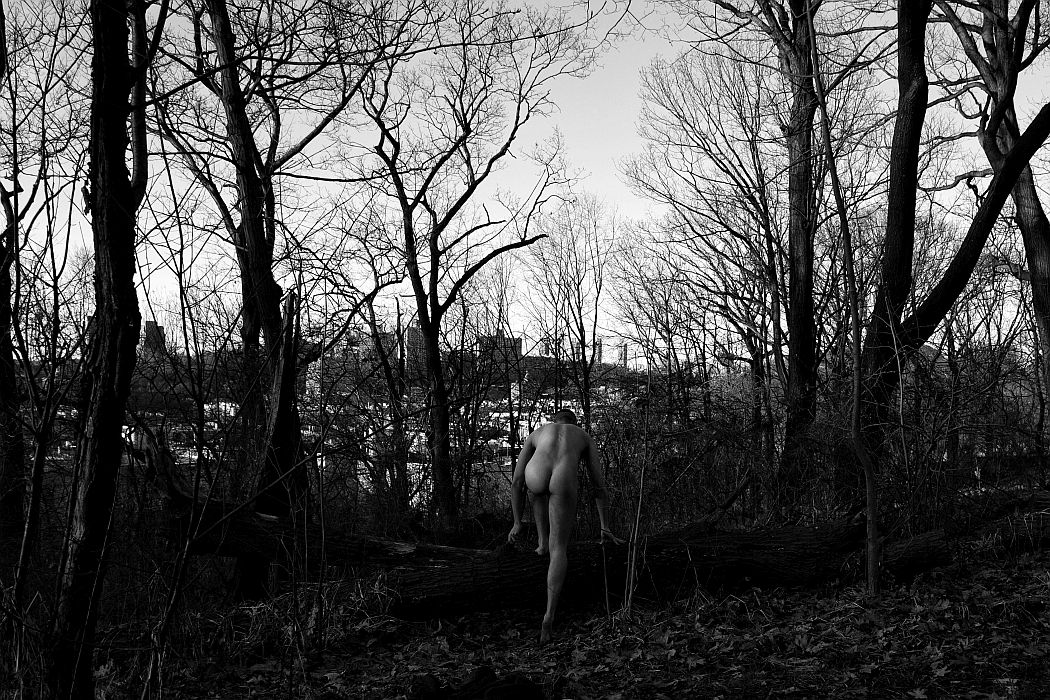 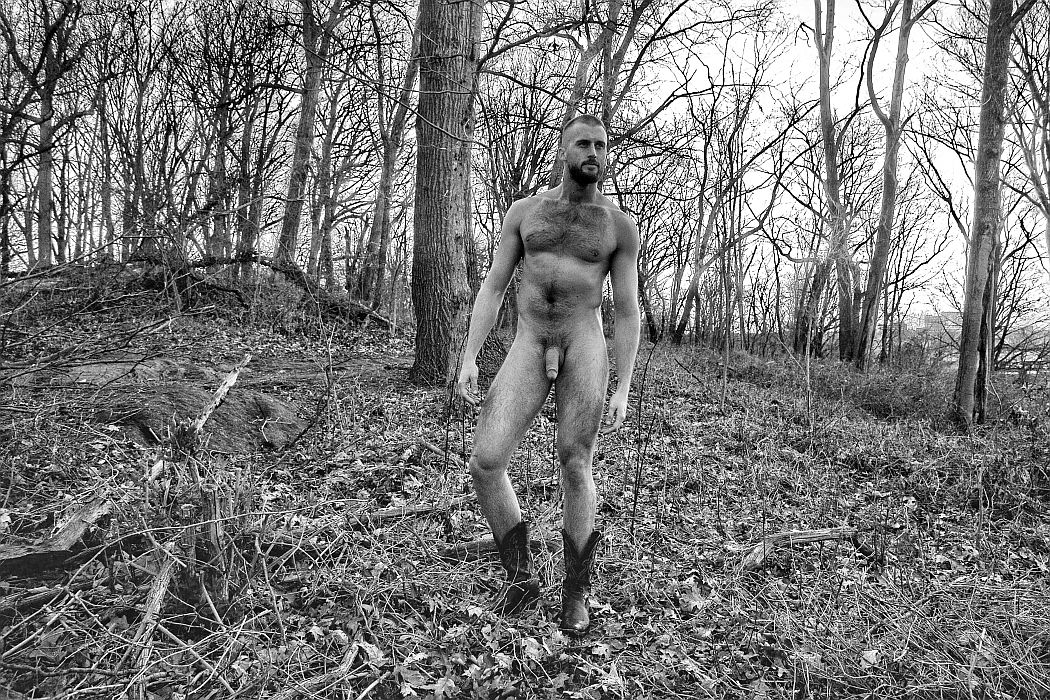 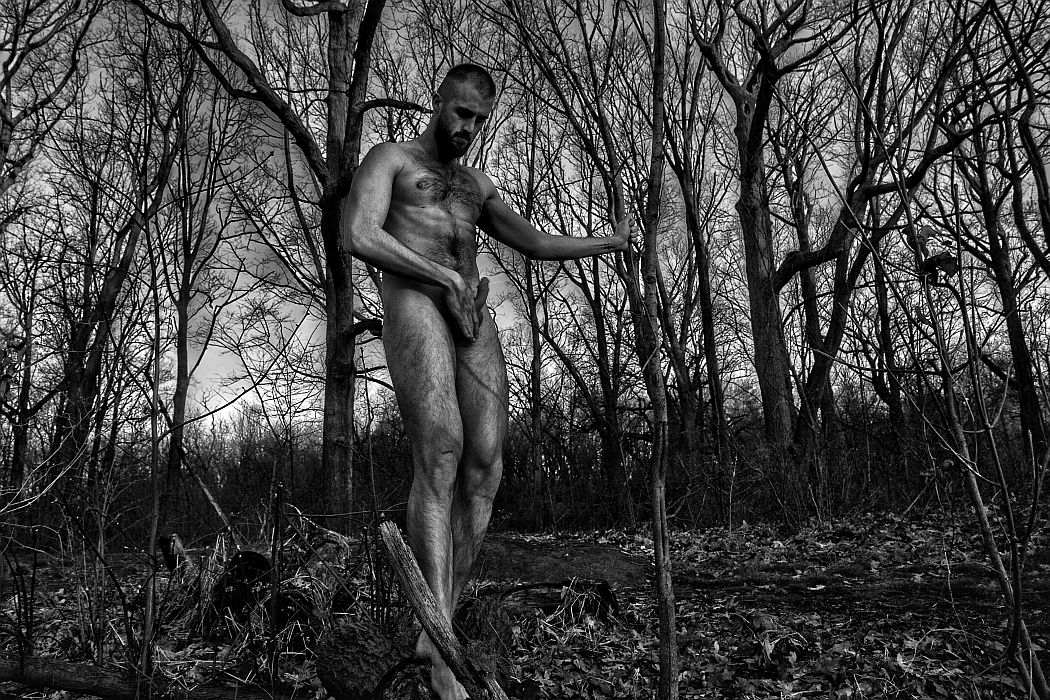 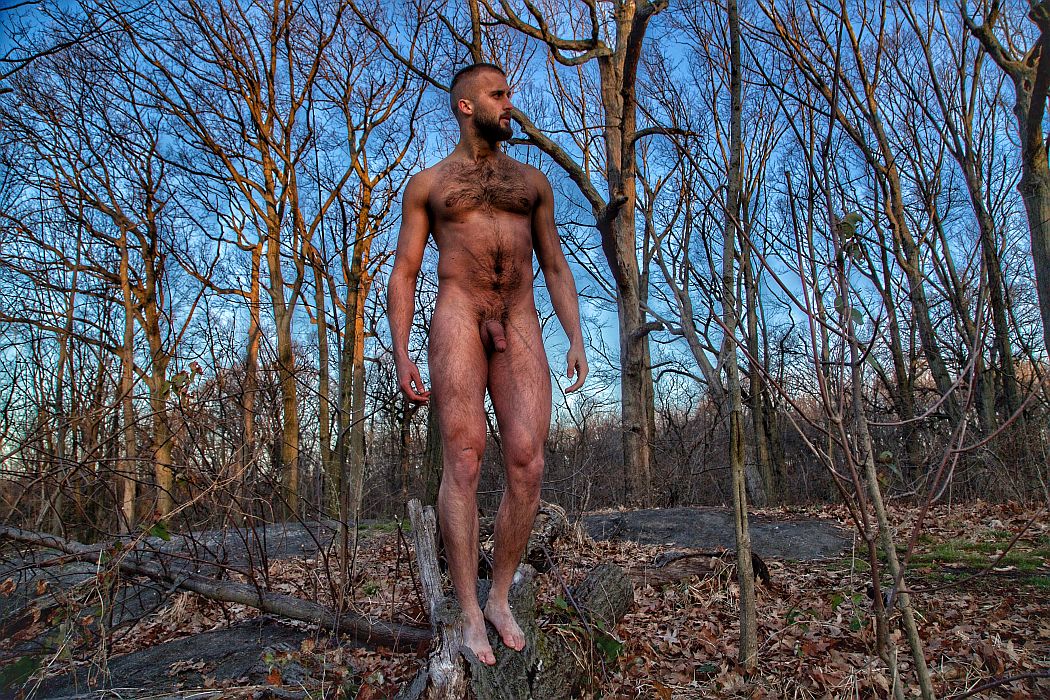 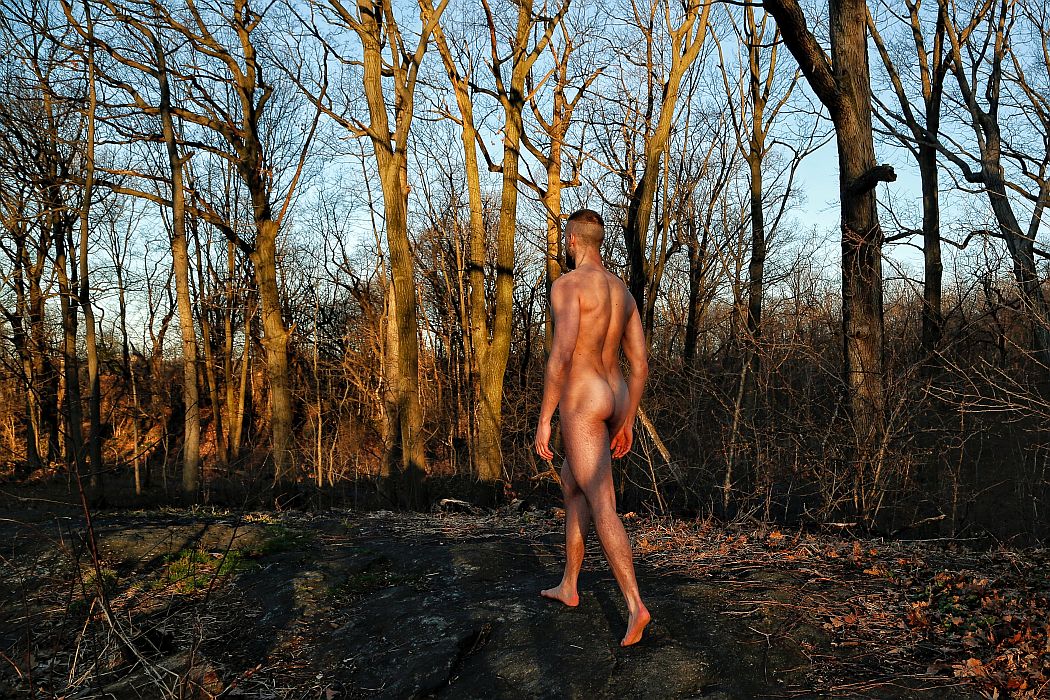