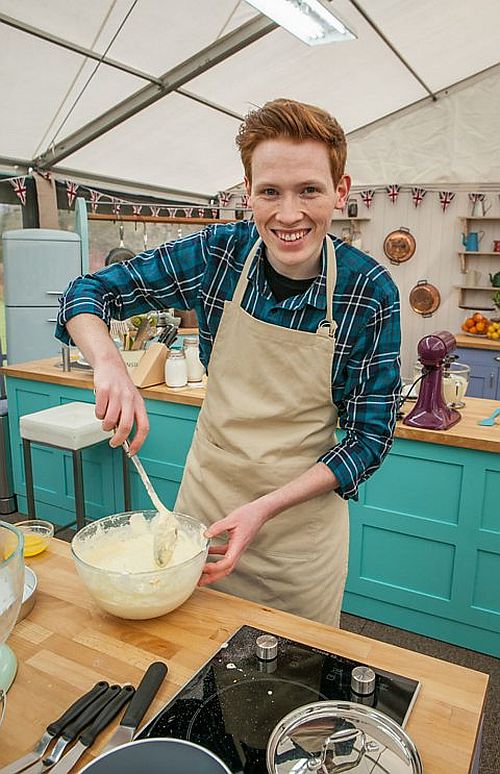 I know the show has been on for years.... I know, the current version on PBS already ended and aired last year, but I have finally sliced into The Great British Baking Show. I caught the premiere a few weeks ago, and have DVR'd the episodes since. Currently looking forward to watching 'batter' tonight. The two hosts are fun and the judges 'judgy' enough to be entertaining.

I would like to say it was the cakes and cookies, but I think the recipe for having me finally pay attention was less yeast based and more testosterone driven. There are a few cuties whose dough rises each week, the most adorable, ginger haired Andrew Smyth. Not a shock that Smyth is originally from County Down, Northern Ireland, but the 25 year old now lives in Derby. 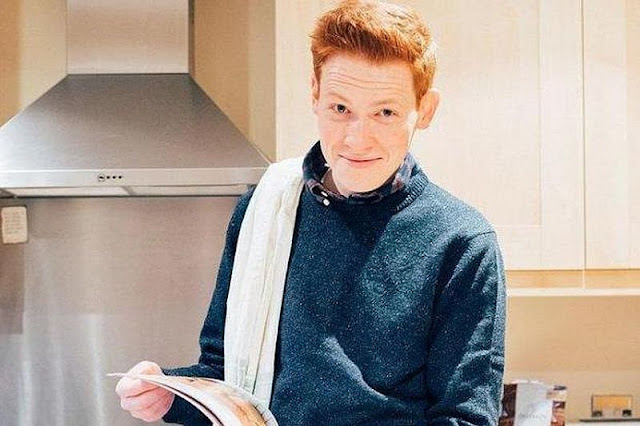 'As if his culinary skills weren't impressive enough, Smyth spends the rest of his time designing jet engines for Rolls Royce, where his work includes finding ways to assemble engines more safely, and experimenting with thermal paint.' 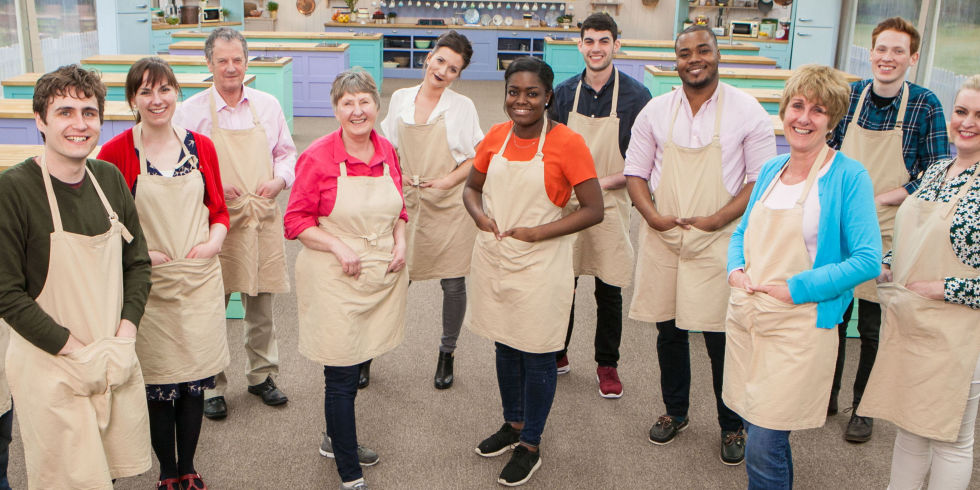 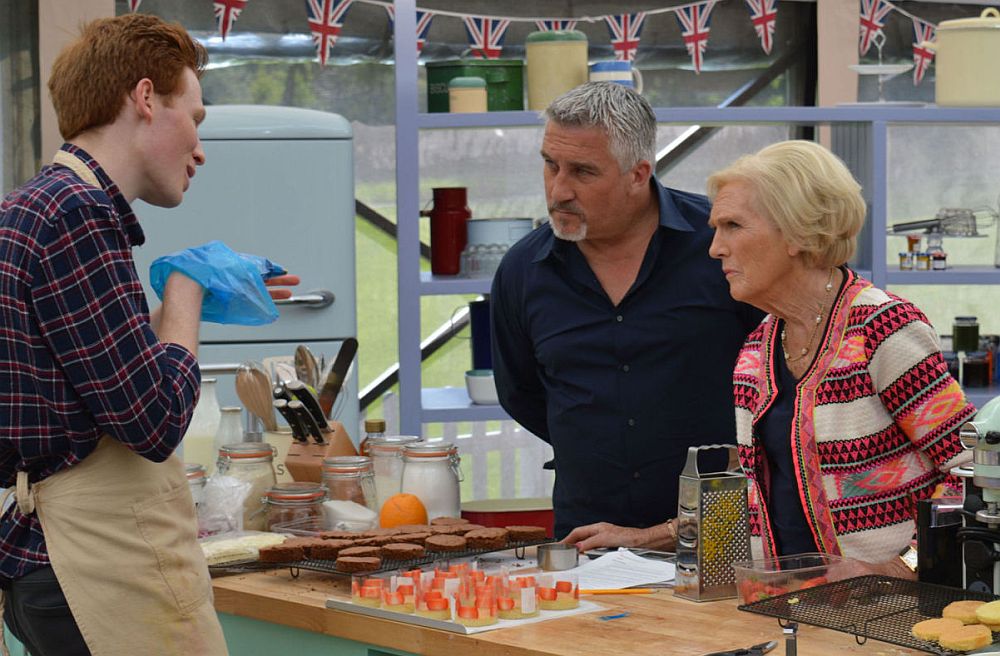 Researching this post, I unfortunately spoiled Andrew's fate by searching him on IMDB. The site credits the contestants by number of episodes, so I now now how many more episodes I get to watch Andrew greasing his pans. That's ok though, the show is a great diversion and am looking forward to finishing the season. 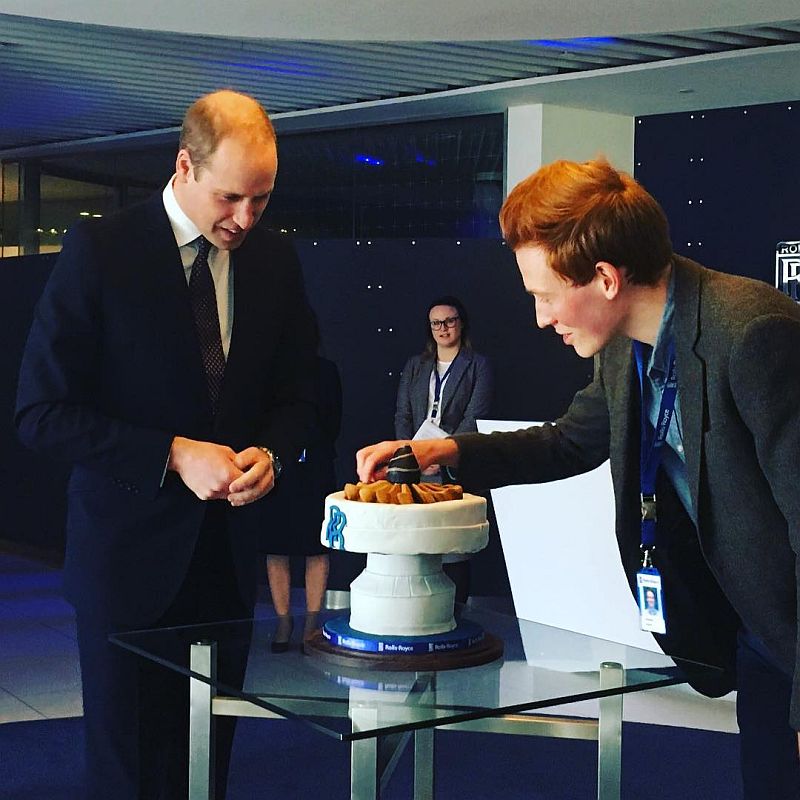 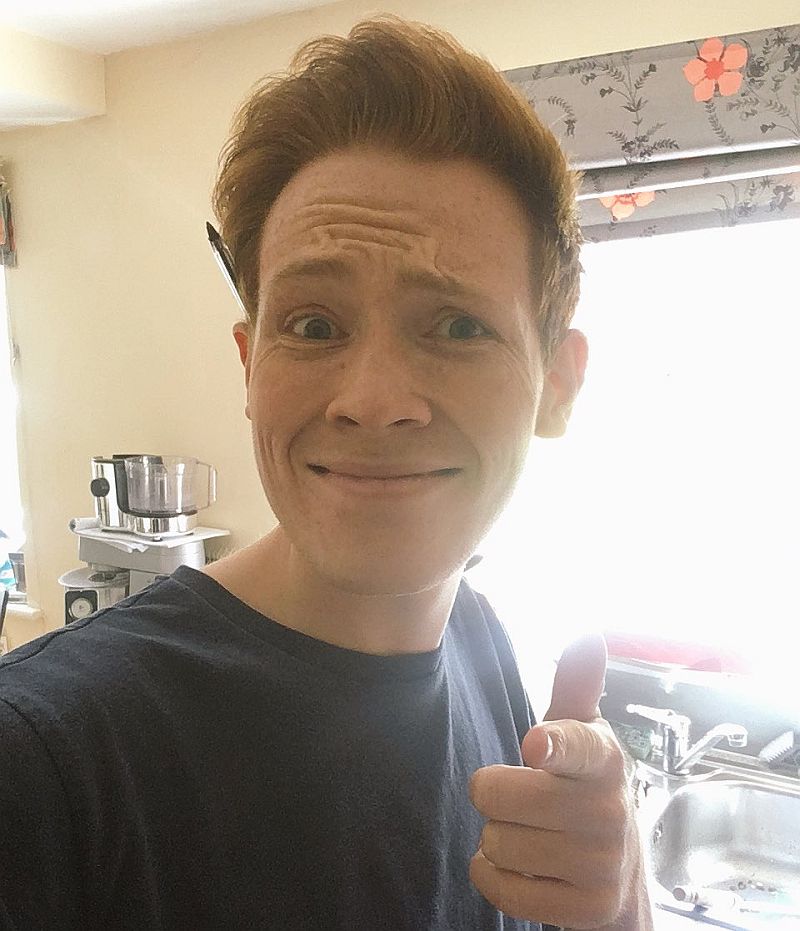 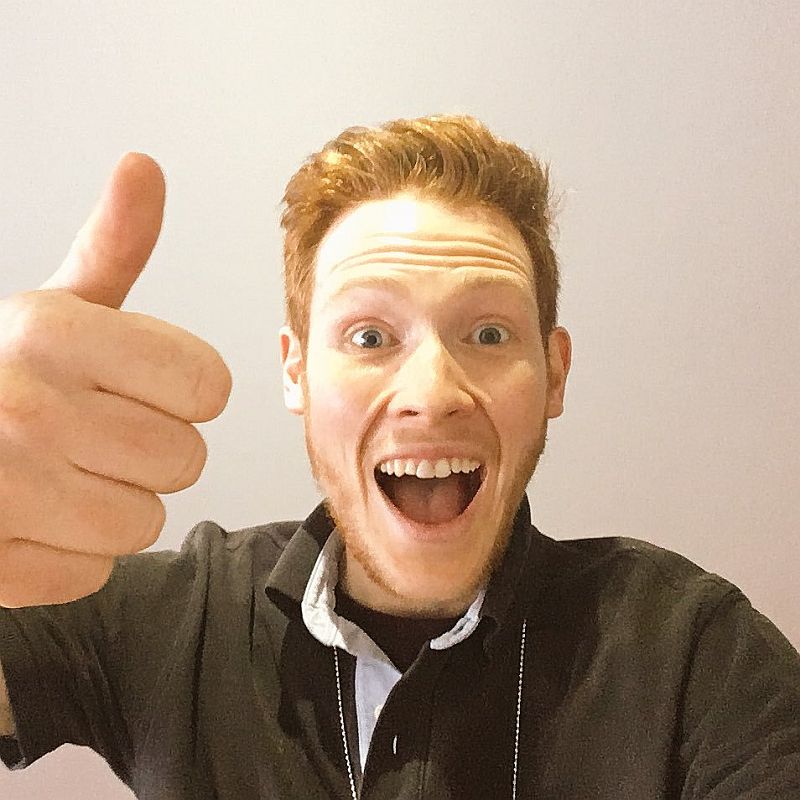