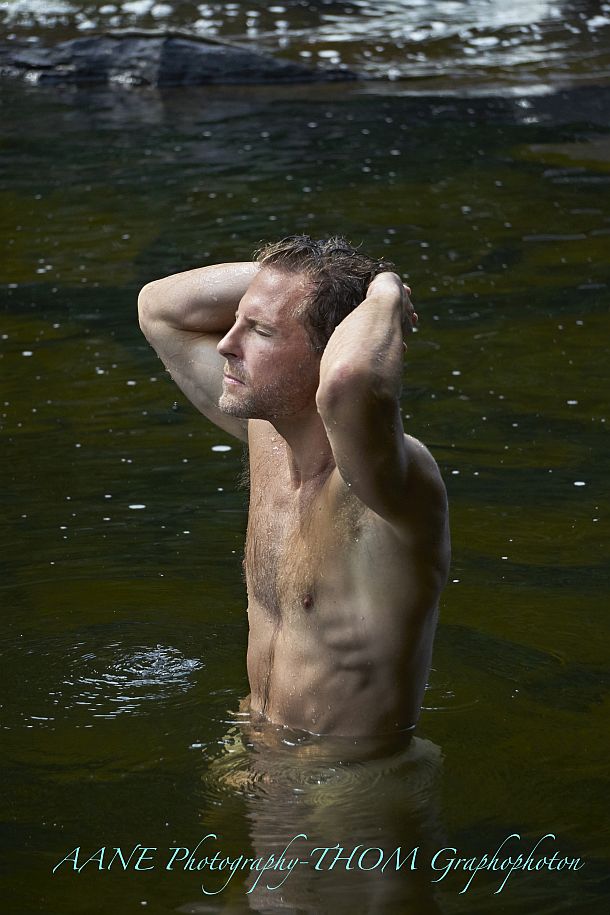 'Seven young men take a break from the summer heat to skinny dip in a creek. Over 192 images in full color with full frontal nudity.' 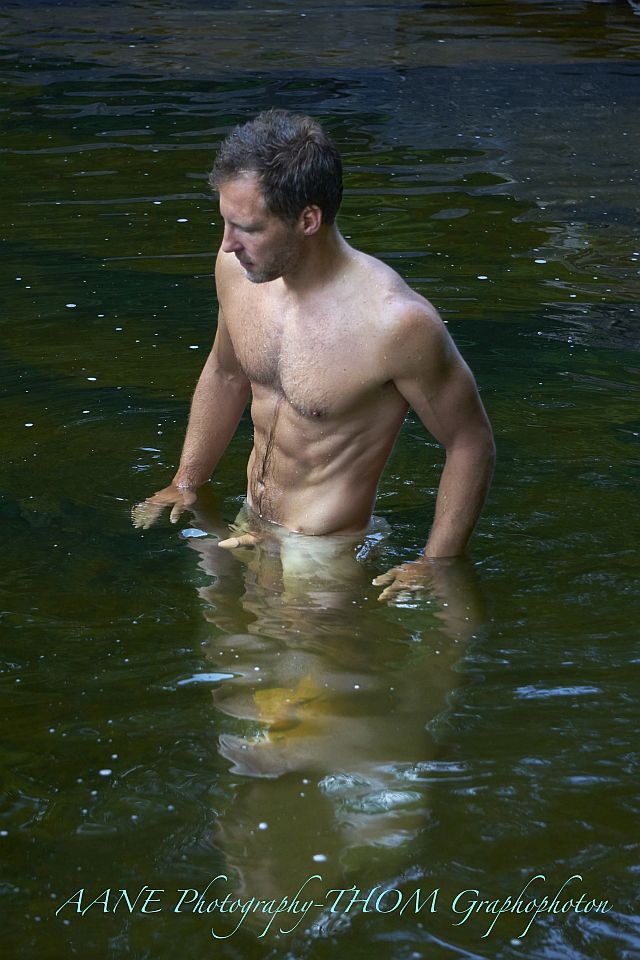 The handsome and studly Rick was one of those seven young men, and the quote above is part of the introduction to Creek, a book featuring the work of AANE Photography & THOM Graphophoton. I first previewed Creek (HERE:) when it was published back in 2015 and featured a couple of shots of Rick and some of the other hotties who stripped off for a dip. When I was back on Mike's (ANNE Photography) portfolio again recently, it his images of Rick again caught my attention. 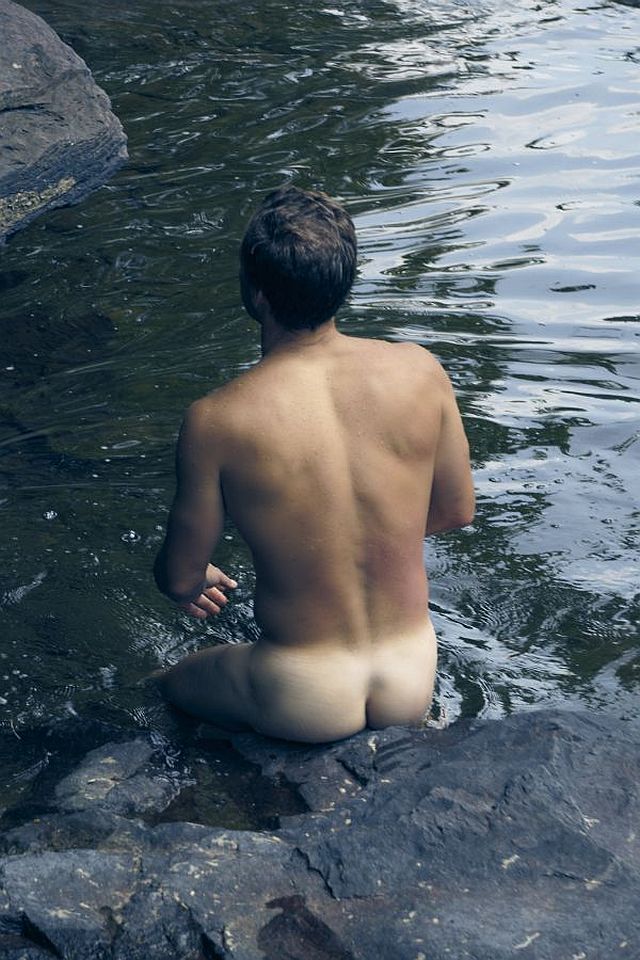 The images of Rick I asked Mike about were't actually these one of Rick immersed and emerging from the cool water of the creek. There were taken later that day at a cabin near by. When I started putting the piece together I decided instead of combining the images together, to return to the creek first, and feature the images from the cabin separately. 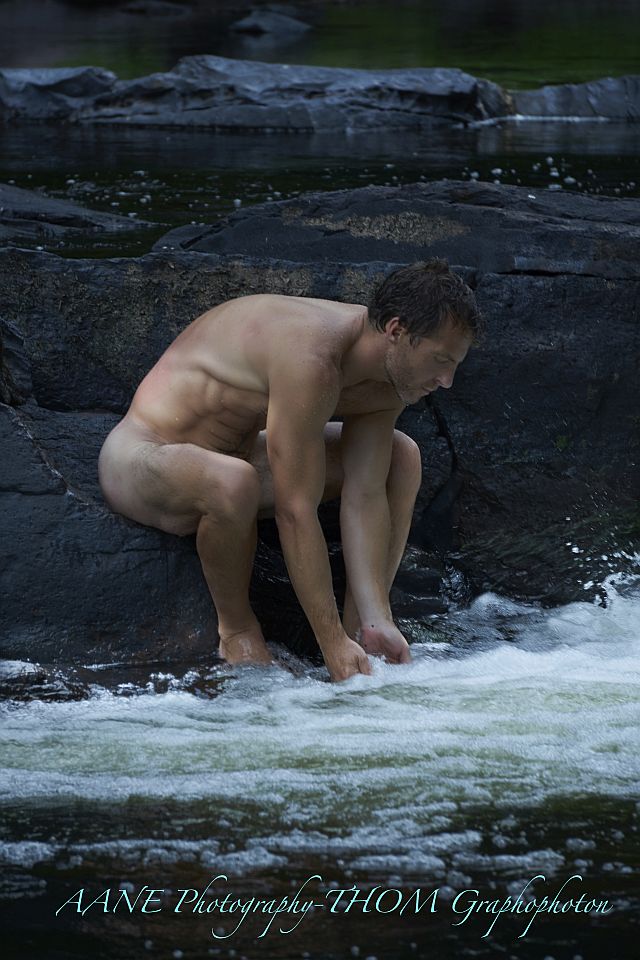 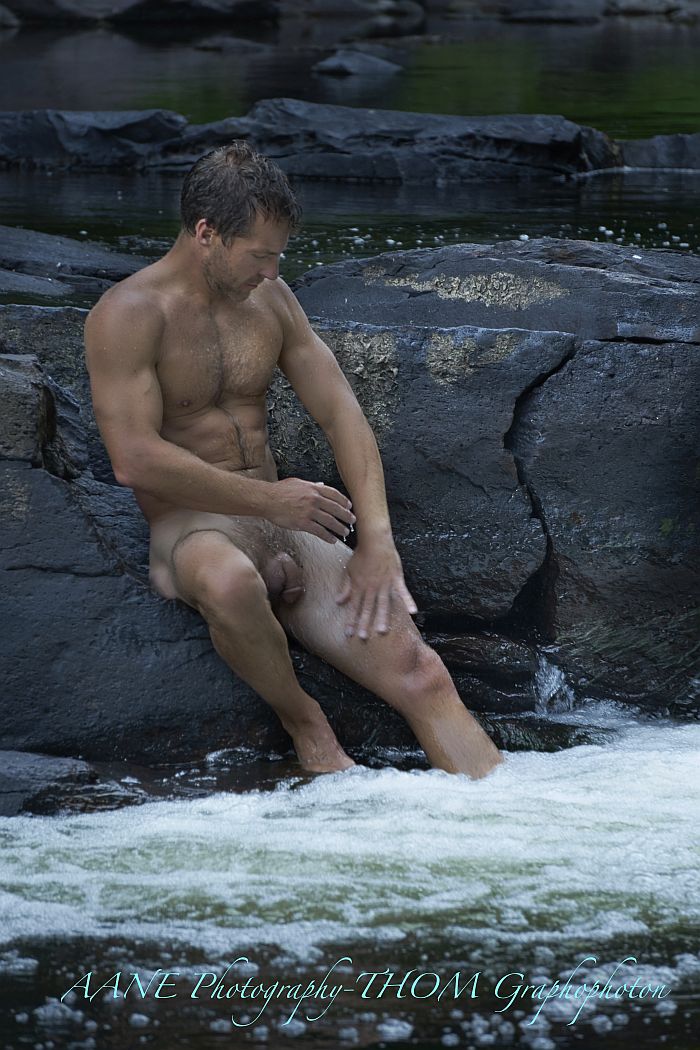 There was a different feel and tone between the two location shot by Mike and his creative partner and editor Fred. (THOM Graphophoton) A great image not only hits my visual senses, but the other four as well. The visuals of Rick in the water, had me hearing the sounds of the forest, especially the ripple of the creek and the sound of the water lapping the sides of the rocks. Although there was nudity and eroticism in both the images from the creek and the cabin, the creek shots felt a bit more innocently sensual with the nudity less a focus, and more a natural bi-product of the hot sun, and calling of the awaiting cool water. 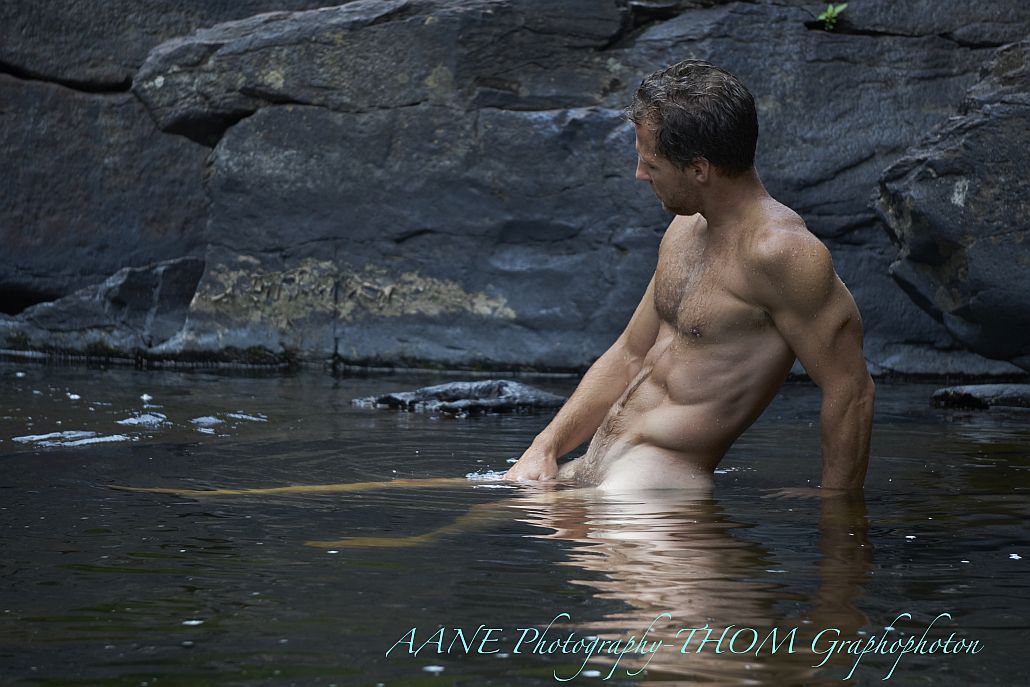 The Creek wasn't just a group shoot for models, it was also a group shoot for those behind the camera. Initially organized by Bill D. from Gym Image, Bill has been returning regularly to the creek since first discovering it as a child in boy scouts. Some keen eyed FH viewers might even remember seeing the creek before, back in 2011 when I featured Bill's shots of Julian Jiamachello posing naked on the rocks. (HERE:) Mike was especially excited to have the opportunity to work outdoors, especially given so may of his previous shoot were inside hotel and motel rooms, the easiest make shift studio's while he was on the road traveling for work. The Creek is still a hidden gem for artists and most keep the exact location a secret, especially given all the naked bodies who plunge into the creek and are photographed there. 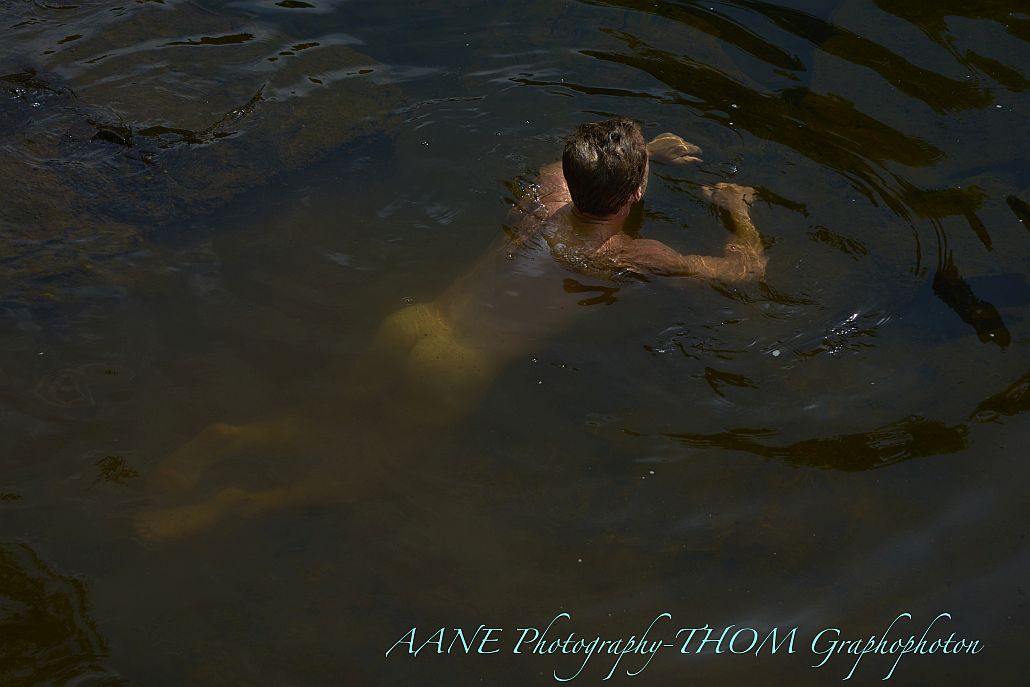 Mike has fond memories of that summer and the shoot, it was the last summer he worked on the road and the last time he worked with both Bill and Rick. Although he hopes to work with both again in the future, it has been harder to find time for traveling since he left the his job which had him regularly on the road. So... some of you might be wondering about the title for the piece, The Upstairs Bathroom... 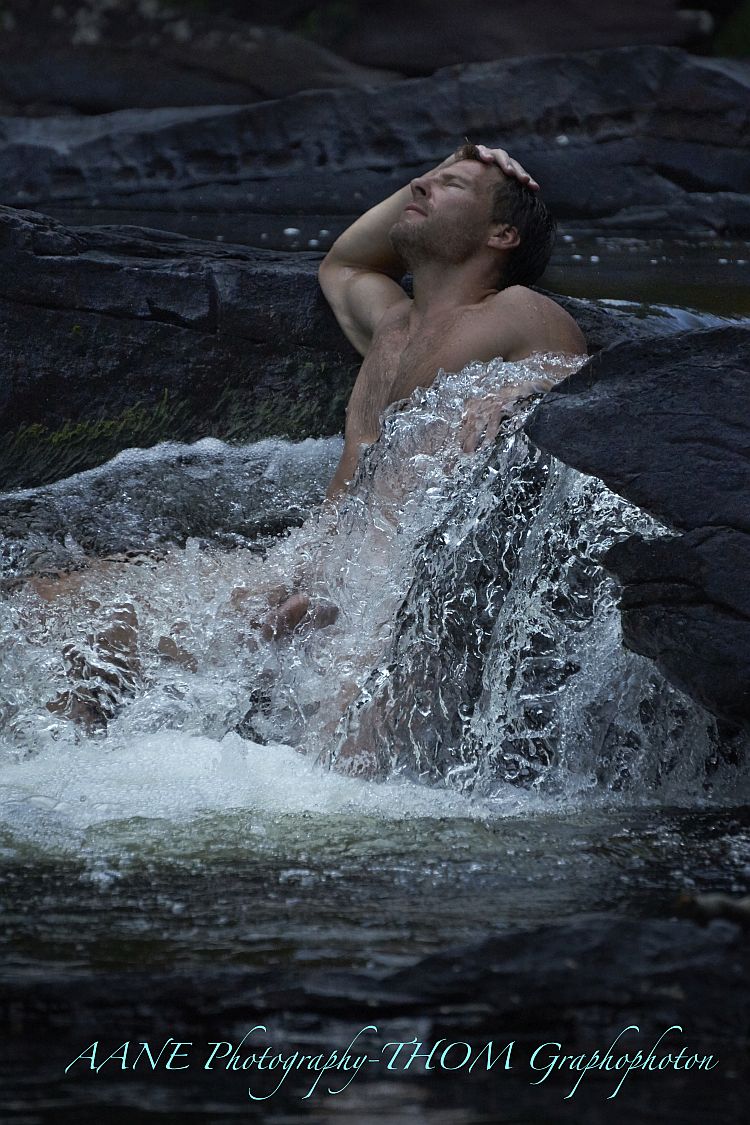 The title doesn't really apply to the creek directly, but where some of the images from the shoot ended up. Mike and Fred twice submitted image of Rick from the creek to Naked in New Hope. Although both were accepted for exhibit, unfortunately, did not sell. Fred and Mike have a ritual of hanging anything that doesn't sell in the their bathroom upstairs. I am guessing with Rick adorning the walls, many guests have spent more time they expected in the upstairs bathroom. 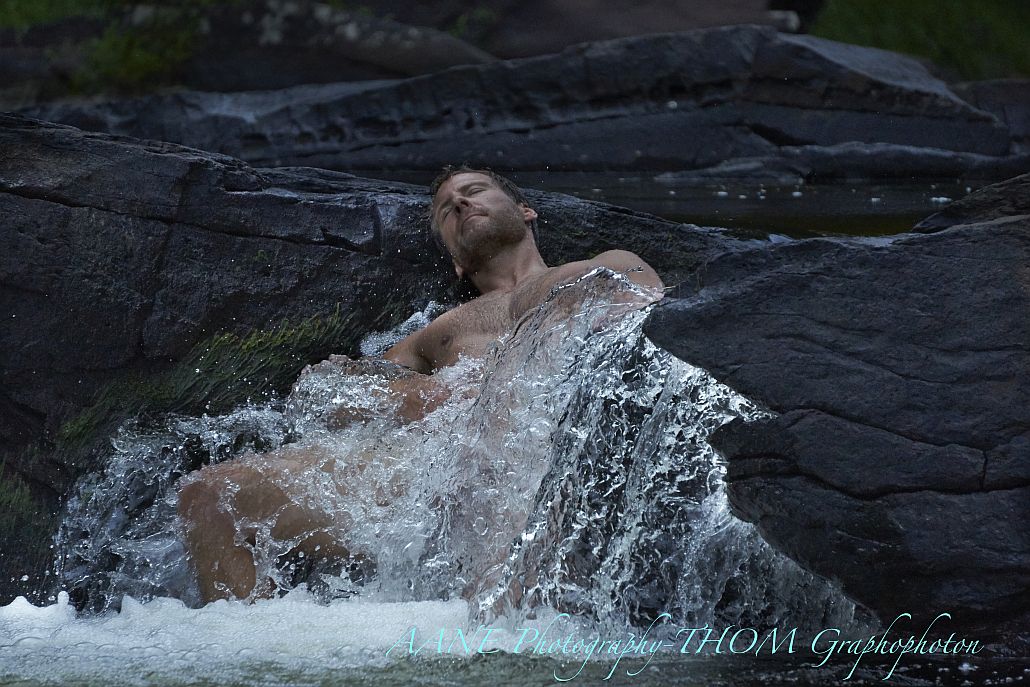 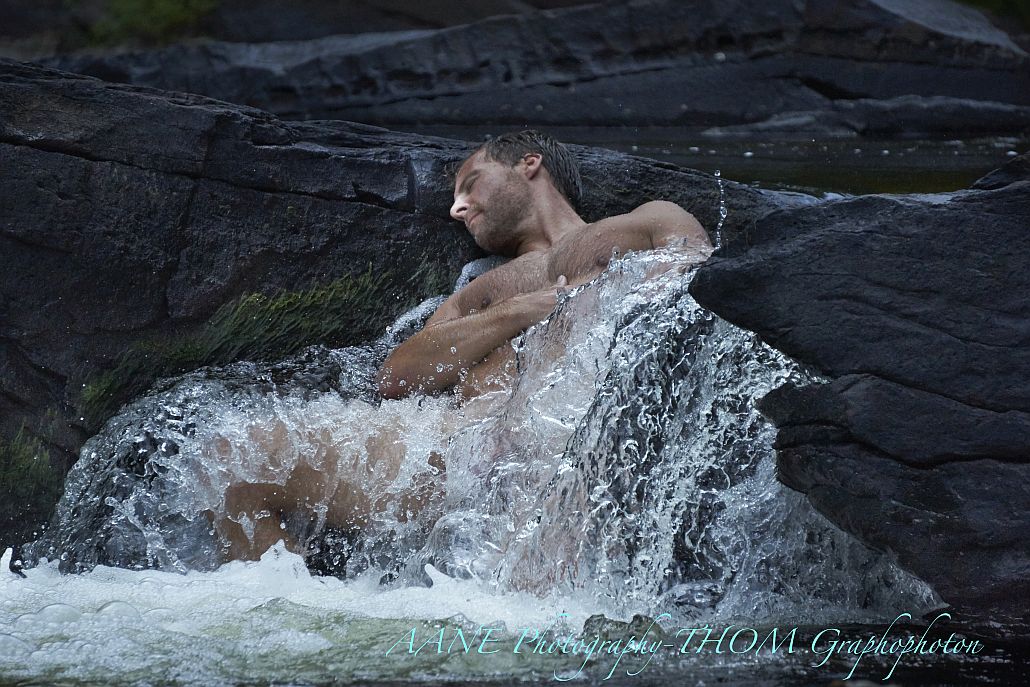 Creek on Blurb
THOM Graphophoton on ModelMayhem
at April 02, 2018