Glorious and Free! Taylor by Studio1x 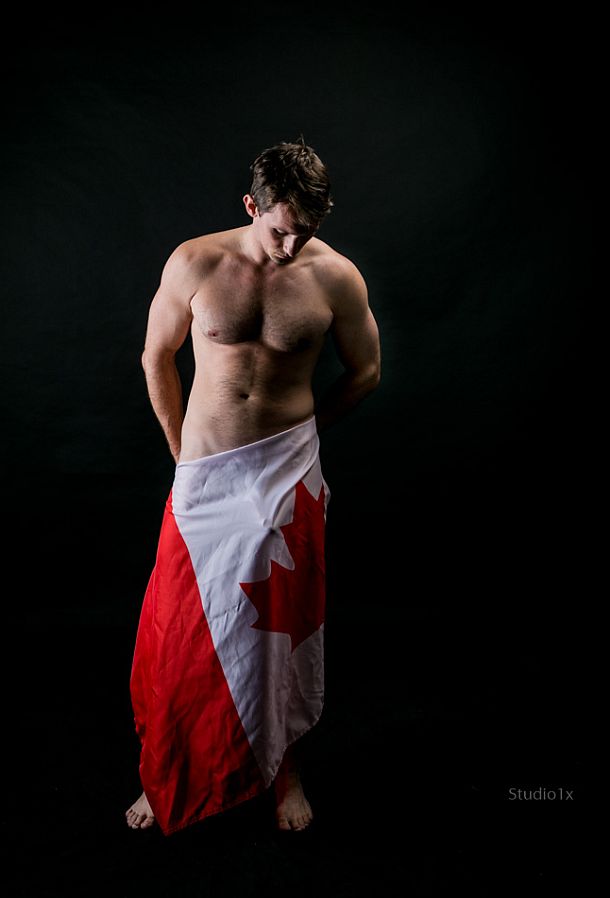 'I am a Canadian, free to speak without fear, free to worship in my own way, free to stand for what I think right, free to oppose what I believe wrong, or free to choose those who shall govern my country. This heritage of freedom I pledge to uphold for myself and all mankind.' 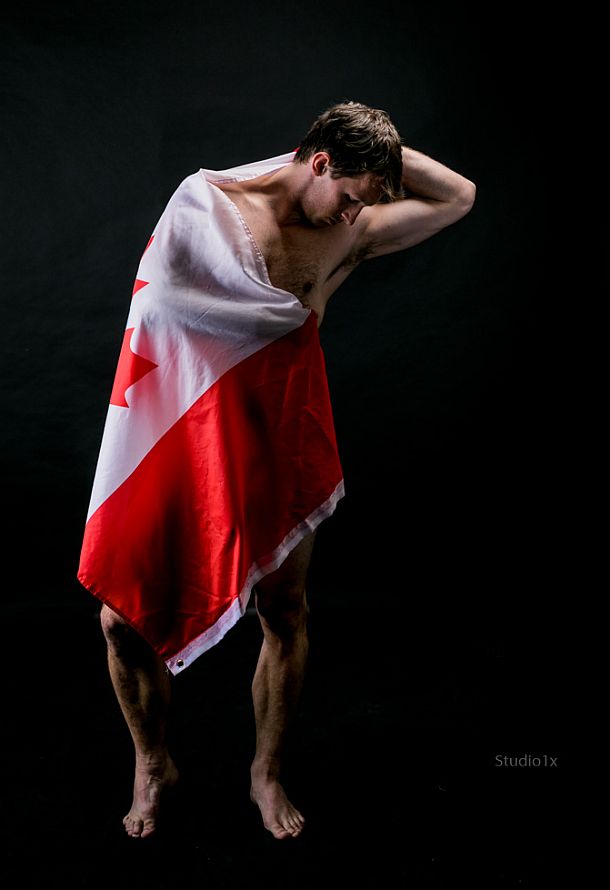 I have written before how different Americans and Canadians express patriotism. Although no person, nor any country can be catalogued the same, as a general rule, Canadians are quieter in their pride. The quiet doesn't mean lack of or less than, just the opposite actually. Canadian seem so self assured in their love of country, they don't seem to feel the need to yell it loudly, it is more an internal feeling of safety and gratitude for the country they live in. 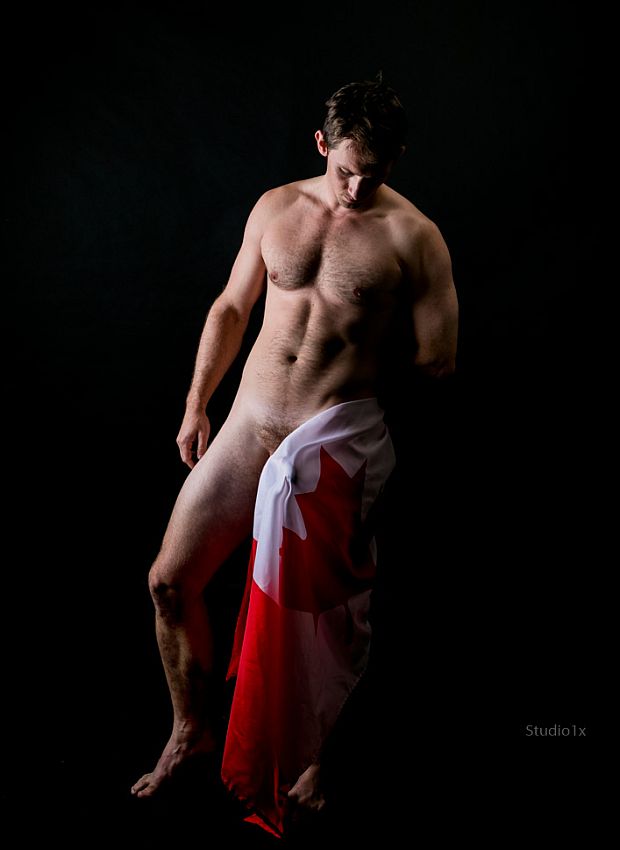 I recently watched CNN's Kamau Bell's The Canadian Way episode of National Shades of America. It was interesting to see that although Canada has it's issues, many of them, there is a cultural peace so dramatically different from just south of the border. Canada is always thought of as being a bit behind the United States, but with cultural issues, they have been far ahead when it comes to most cultural issues, especially sexual orientation. 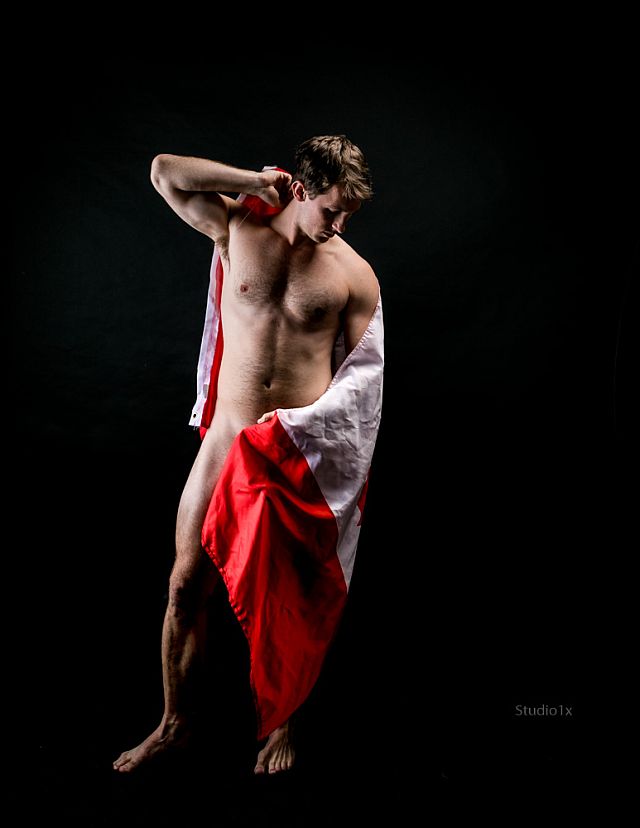 Because their pride is more internal, there are less choices for imagery to celebrate Canada Day. With the US flag, there are literally thousands of images with different models and different photographers across the net. For Canada, a google search usually pulls up the classic shot of Canadian actor Shawn Ashmore (HERE:) 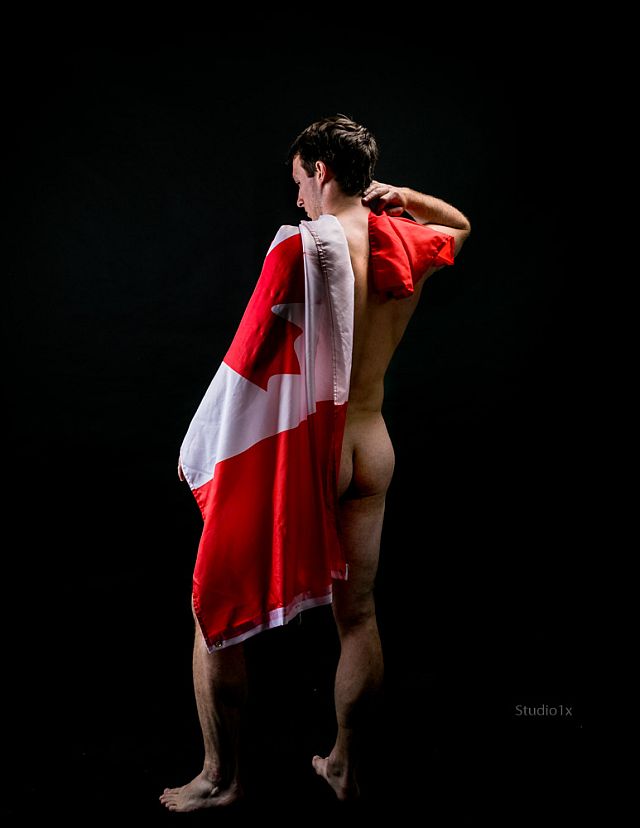 Last year, I reached out to photographer Shaun Simpson who I knew had shot some flag images with model Michael Hamm. (HERE:) This year, I'm exited to present a brand new set of images shot for FH by photographer Jim from Studio1x. Jim's biggest obstacle was finding just the right model to pose wearing nothing but the maple leaf. Jim found just the right model in Taylor. 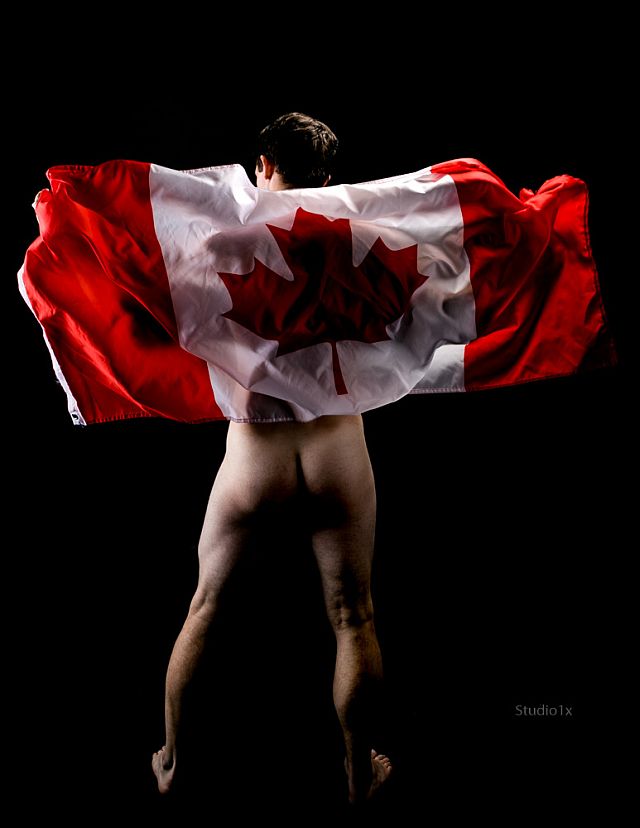 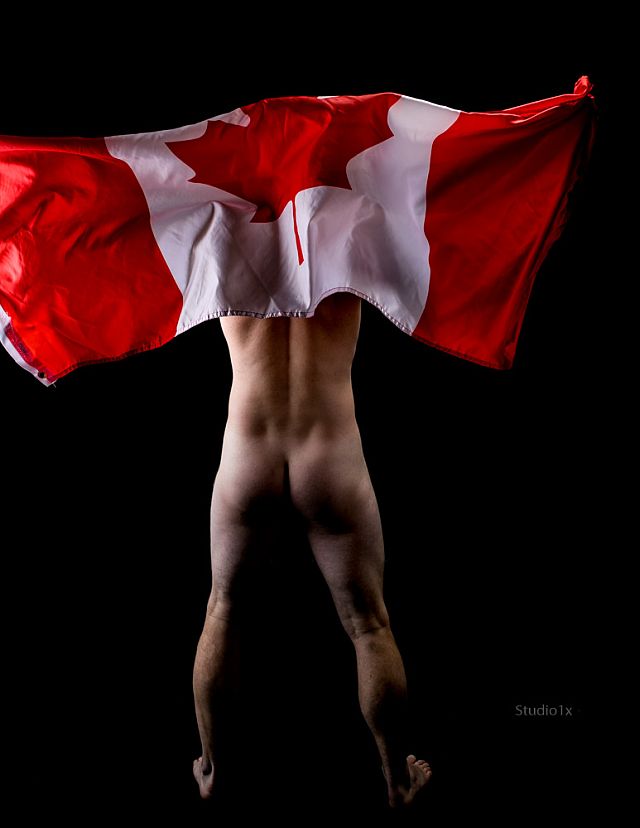 Taylor is not a professional model but loves taking risks and always had a hidden desire to take part in a nude photo shoot. Jim brought Taylor in and they shot twice, the second being with the flag. I love how Taylor used the flag in so many different ways and believe me, Jim sent on over 300 images, so there were many I had to edit out for another day and time. Usually I shoot on questions to help me pull together the piece, but Jim briefly interviewed Taylor about his experience during the shoot. 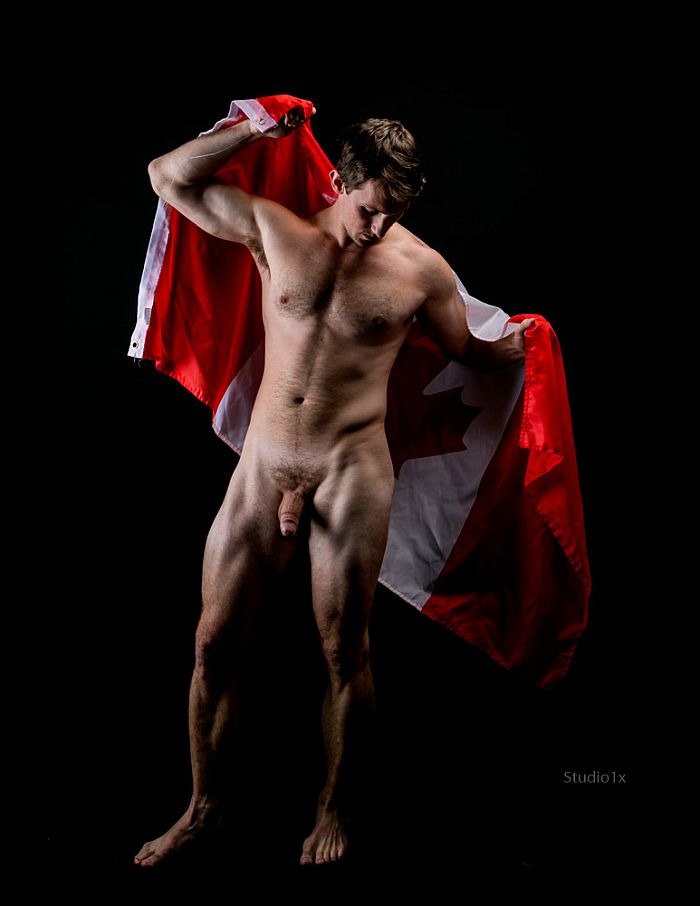 What made you want to do nude modeling?
I wanted to give this shoot a try for a couple of reasons. The primary being just to do something so taboo! It was liberating and exciting to participate in. In addition, I am happy to have some shots to look back on 40 years from now and remember when I was still in decent shape. 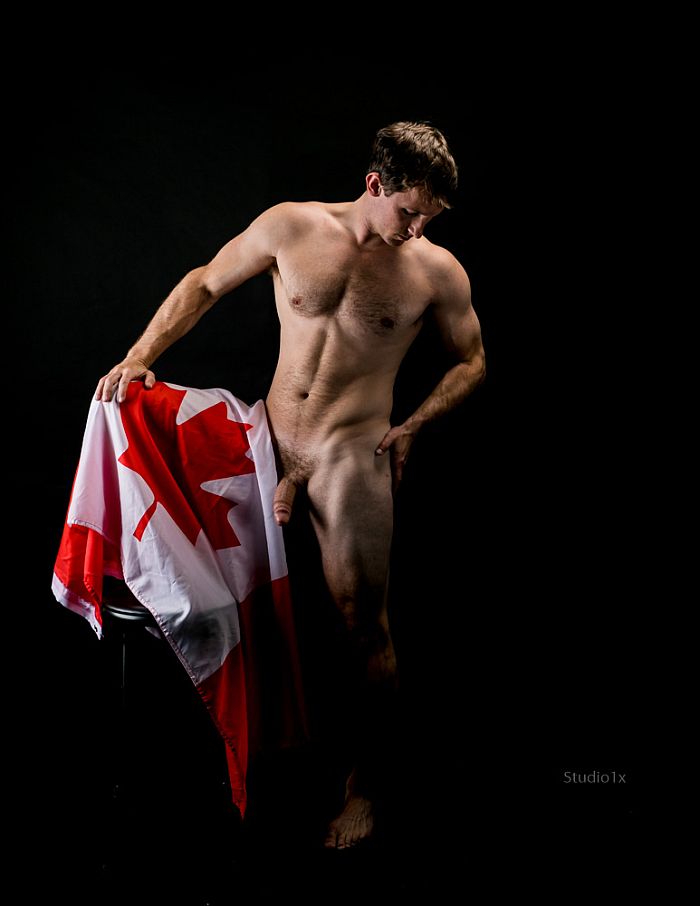 What were your thoughts the first time you did a nude shoot compared to the second time?
I was nervous both times, but much less nervous the 2nd time. There is no good way not to be awkward, especially if you're a somewhat modest person like myself. The first 10-15 minutes is always a little nerve racking, but you "warm" up after that!

What do you like to do in your down time?
In my free time I am an avid outdoors enthusiast. I fish, kayak, hike, and rock climb as much as possible. 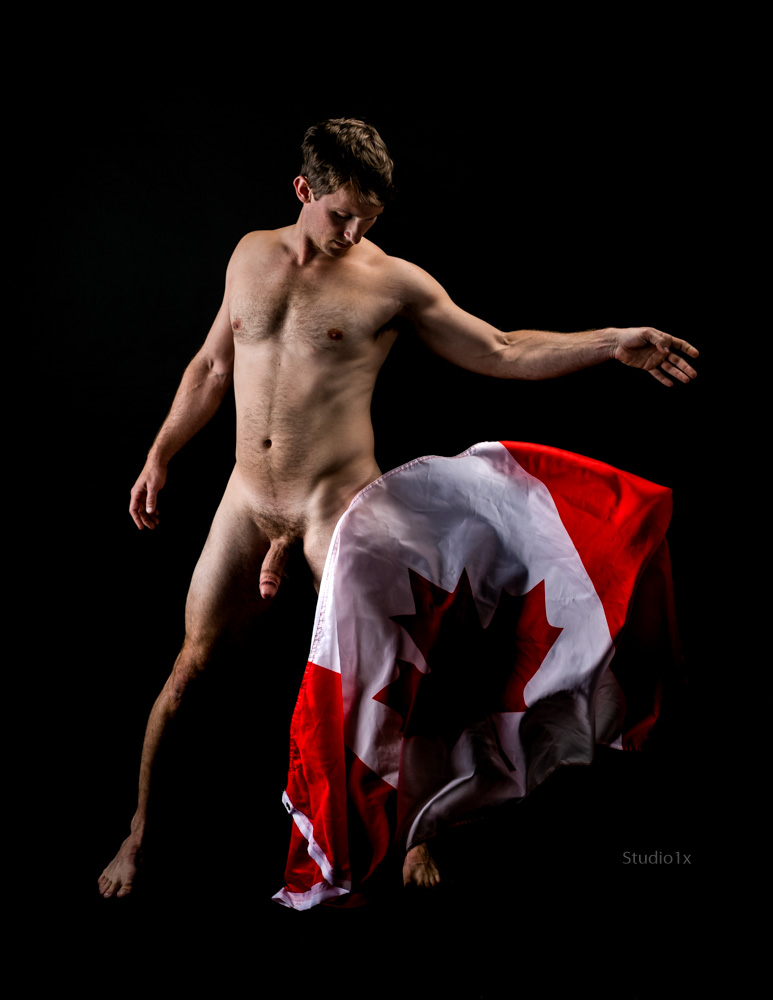 How would you describe your overall experience doing the shoot and would you recommend others to do so?
'I had a fantastic time doing the shoot. I think anyone who is even considering it, should take the risk and give it a go. You'll regret not taking opportunities like this! Just think about it and set limits for yourself prior to arrival.'

When looking at your finished photos, do you see yourself the way you normally do or how do you feel it is different?
When looking at the finished photos I am stunned. The photos turn out much better than expected. I feel like the lighting and technique makes me look like more of a "model" than I would ever consider myself. It is great for self-esteem :) 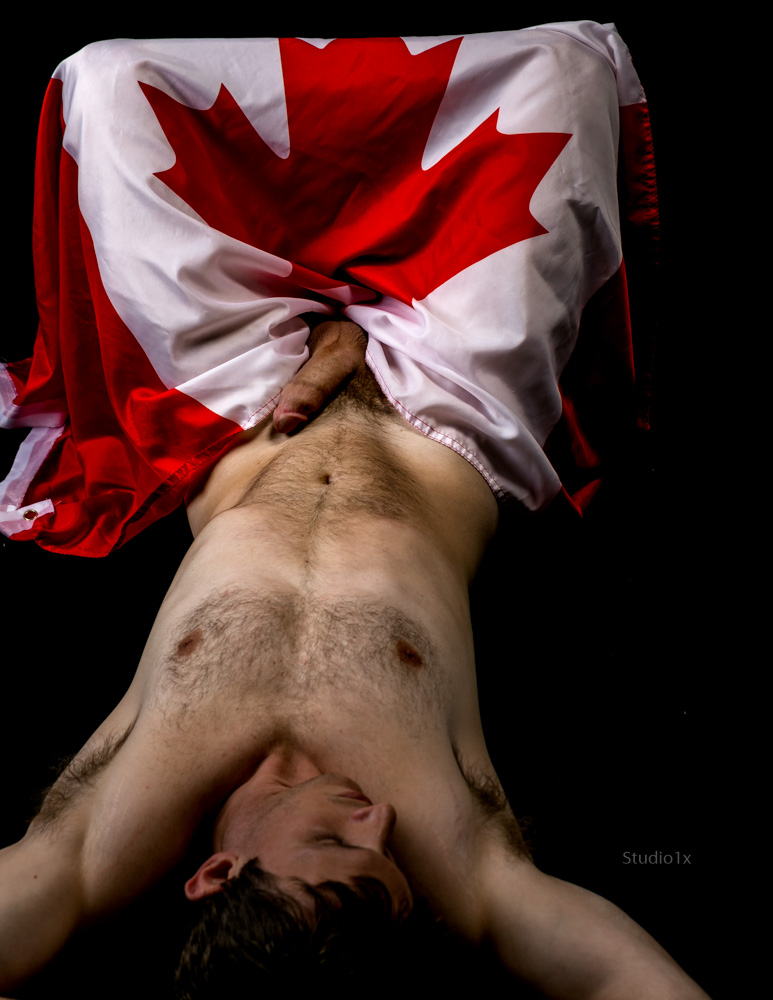 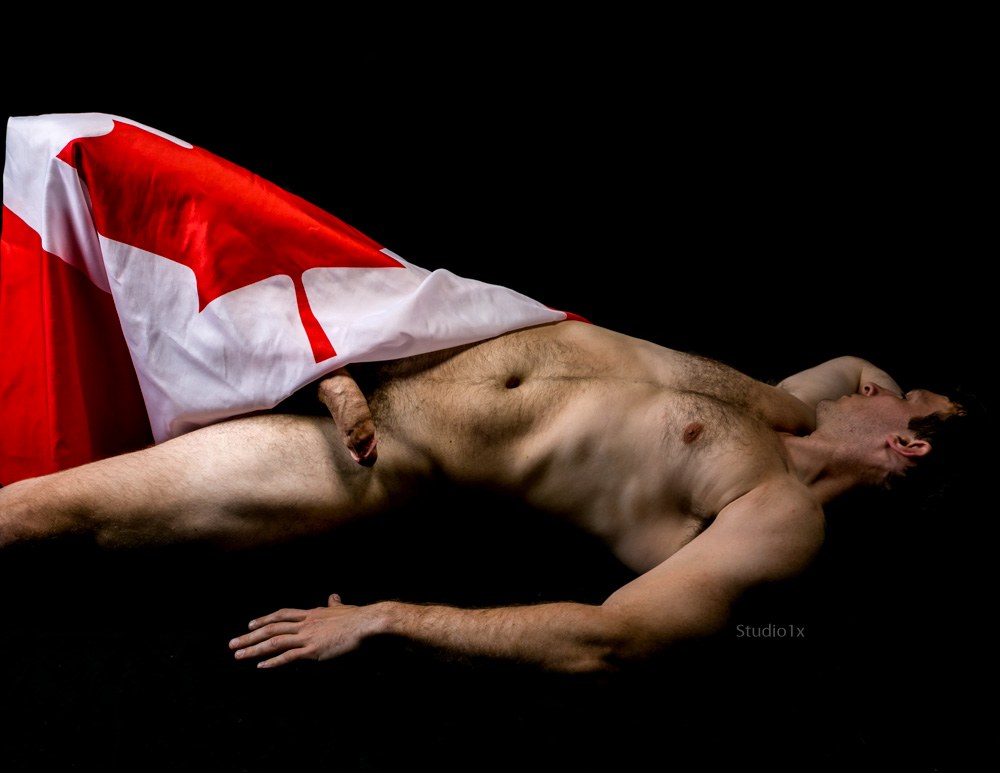 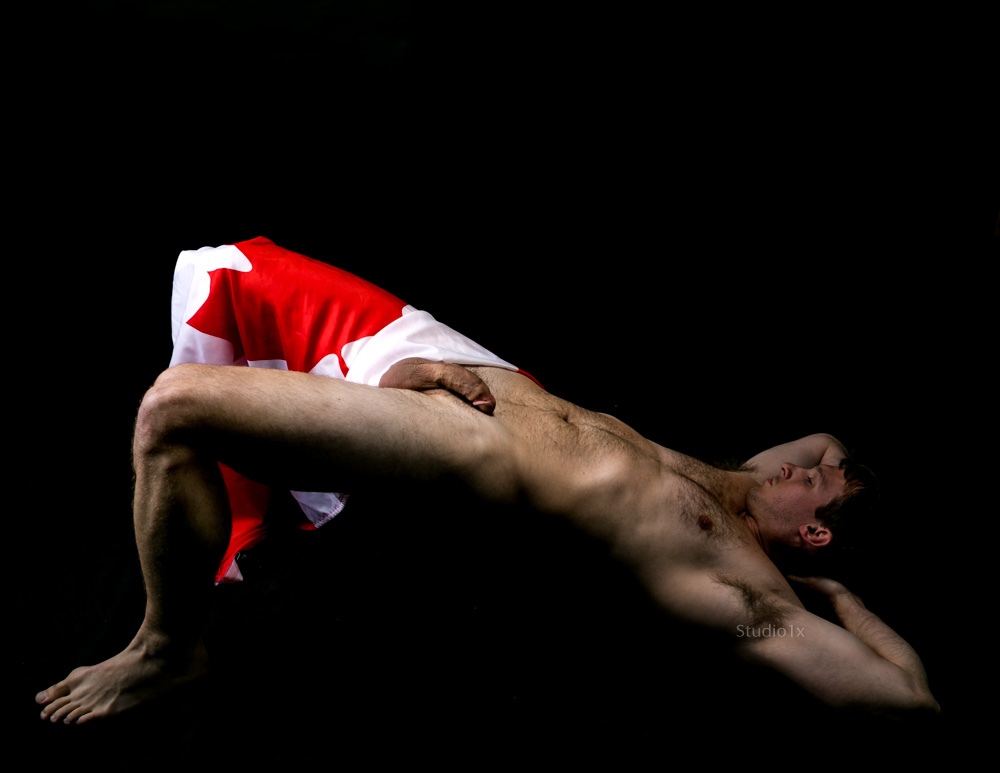