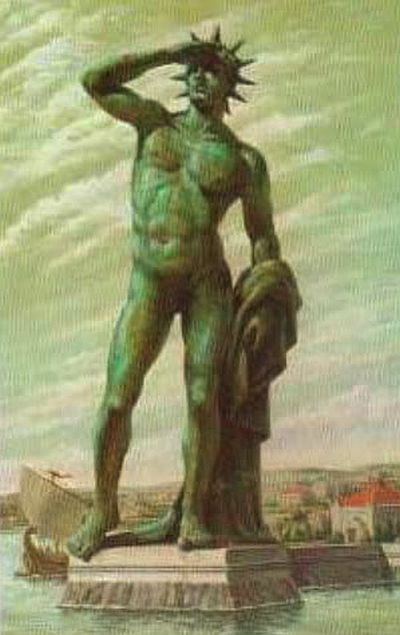 'In the old times, whenever Braavos stood in danger, the titan would step with fire in his eyes. He'd wade into the sea and smash the enemies.' 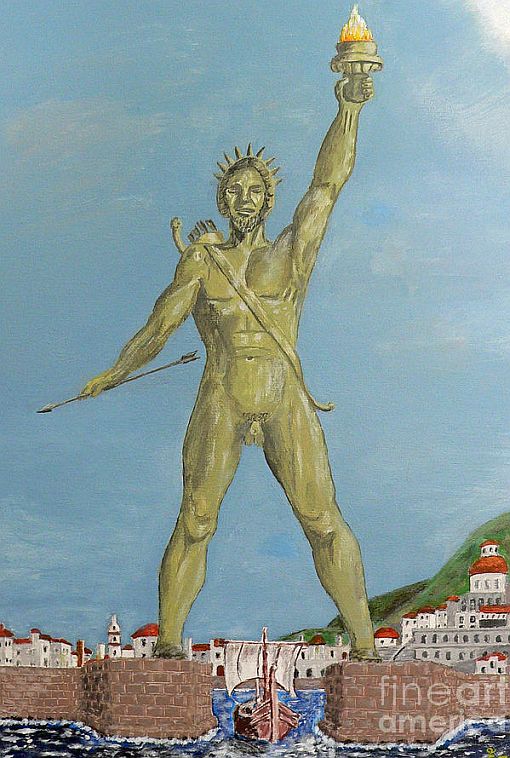 Although Game of Thrones is over, I still had a few unanswered questions I wanted to explore.  I know I can't be the only one who took notice of the HUGE statue Arya Stark sailed under as she entered the city of Braavos in season 4.  In addition of course to wondering what Arya saw when she looked up, I was curious of the statue actually ever existed. 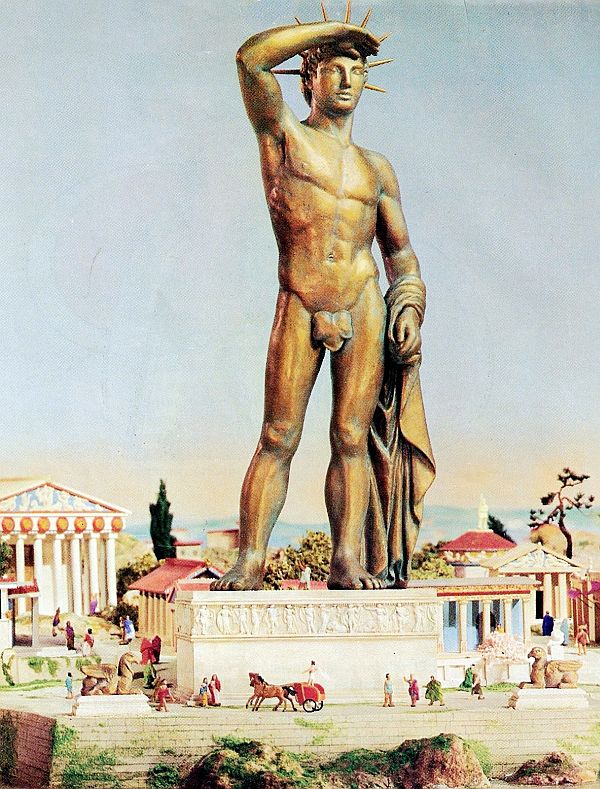 Turns out, The Titan of Braavos was based on The Colossus of Rhodes,  a statue of the Greek sun-god Helios, erected in the city of Rhodes, on the Greek island of the same name, in 280 BC. One of the Seven Wonders of the Ancient World, it was constructed to celebrate Rhodes' victory over the ruler of Cyprus.  Colossus, like The Titan, was both a protector of the city, and a symbol of victory in war. 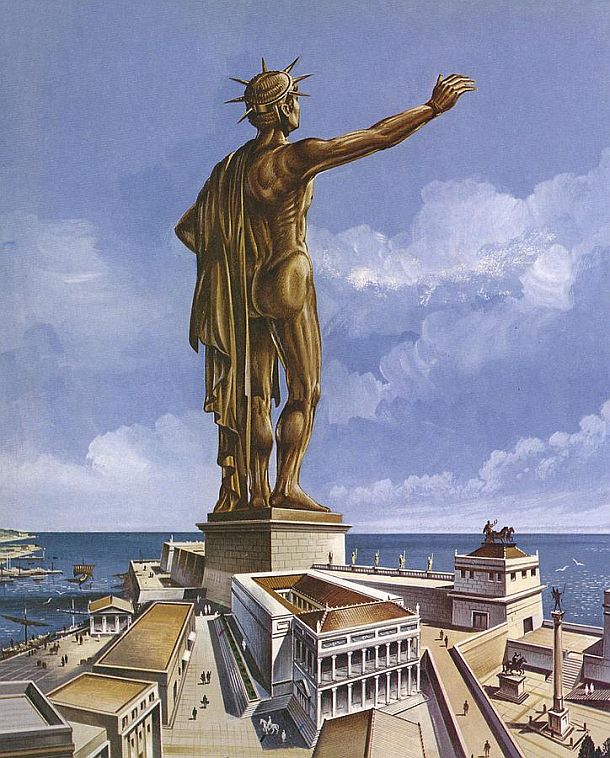 Sadly, there are no traces or remains left of the original Colossus as it was destroyed in a massive earthquake in 226 BC.  It was said to have been over thirty meters tall, (about a hundred plus feet) about three quarters of the height of the Empire State Building. . 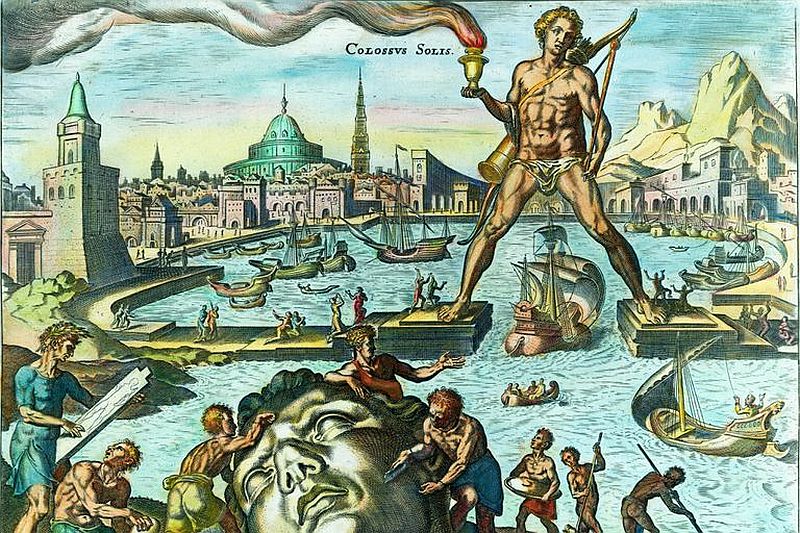 There were rumors over the past few years that there are plans to rebuild.  Some historical drawings have Colossus naked, some have him dressed for war, most depict him in only a loin cloth.  No matter what they choose to put him in, hope they place him at the opening of the harbour, as their's something ironically poetic at staring up between the legs, at the crotch of a city's hero, as you enter in 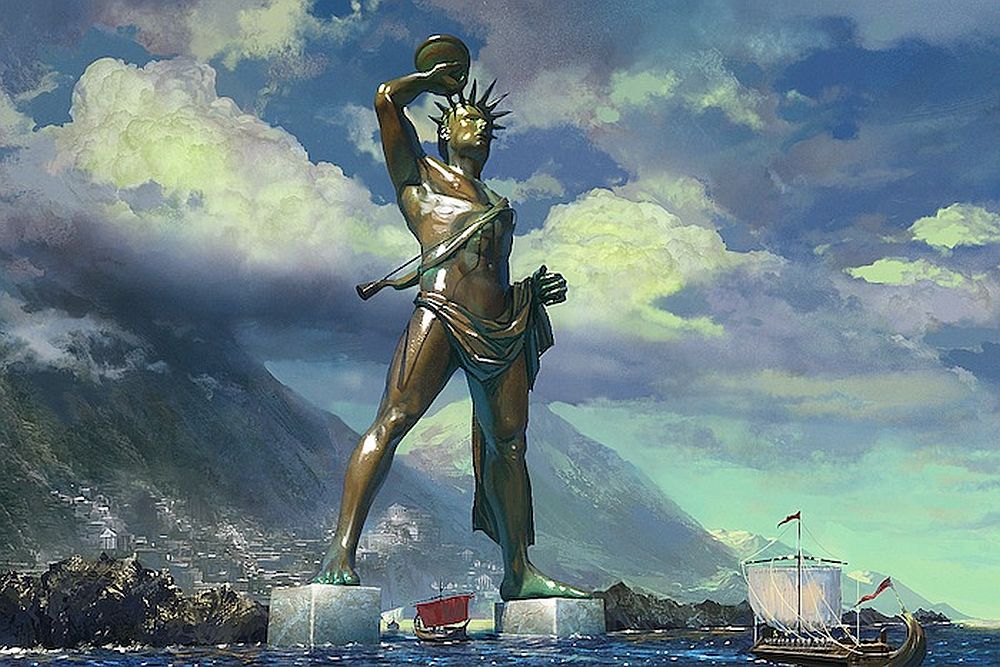 Titan of Braavos, Game of Thrones 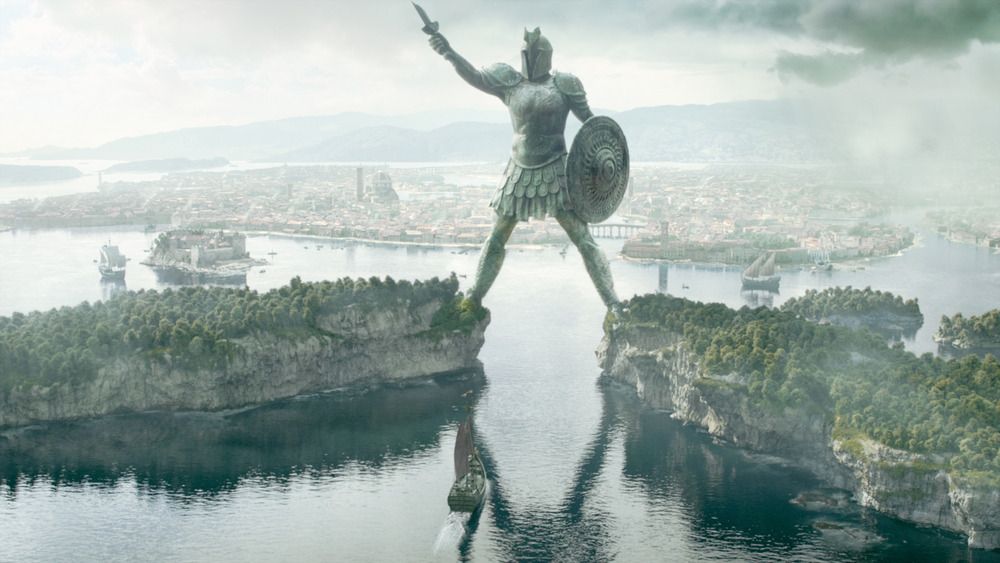 Email ThisBlogThis!Share to TwitterShare to FacebookShare to Pinterest
Labels: Just Because, TV Shows