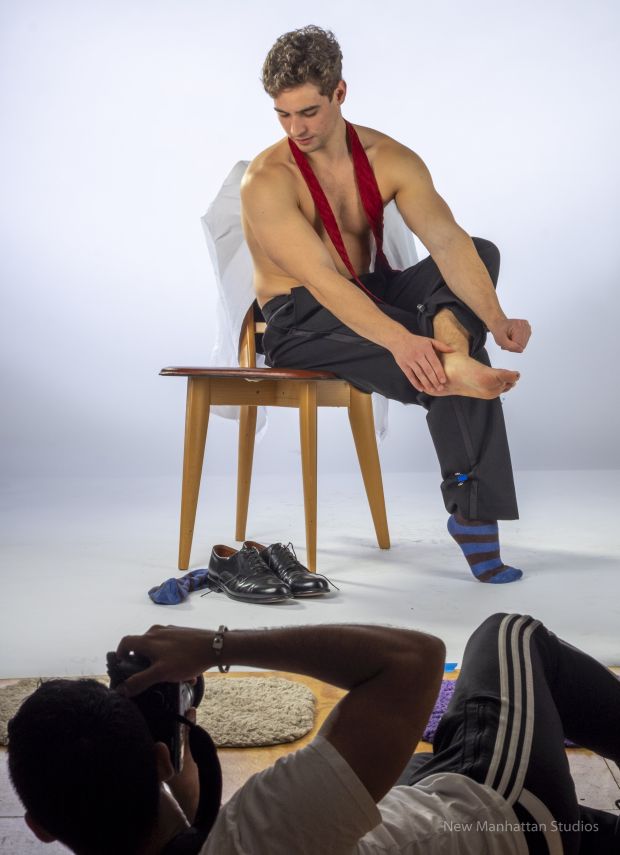 'When he showed up at the studio on a frigid winter night last January, I had no reason to believe that Bond was going to become one of the most photographed models in the studio’s portfolio.' 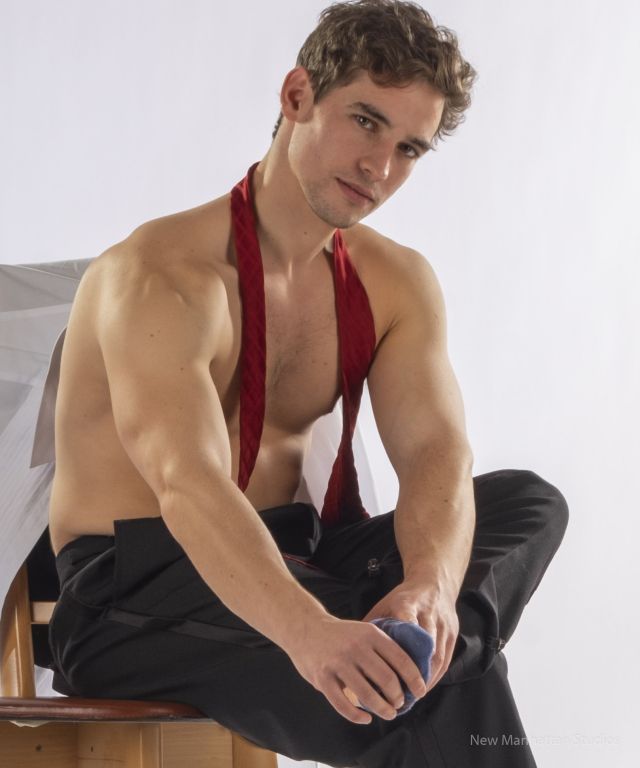 One of the magic things about images, is their ability to trigger.  Growing up in the eighties and nineties, I didn't carry a phone wherever I went, but I did carry a camera.  Despite having that camera almost everywhere I went, I still only managed to capture only a few fleeting moments from whatever memory or experience I was trying to freeze. 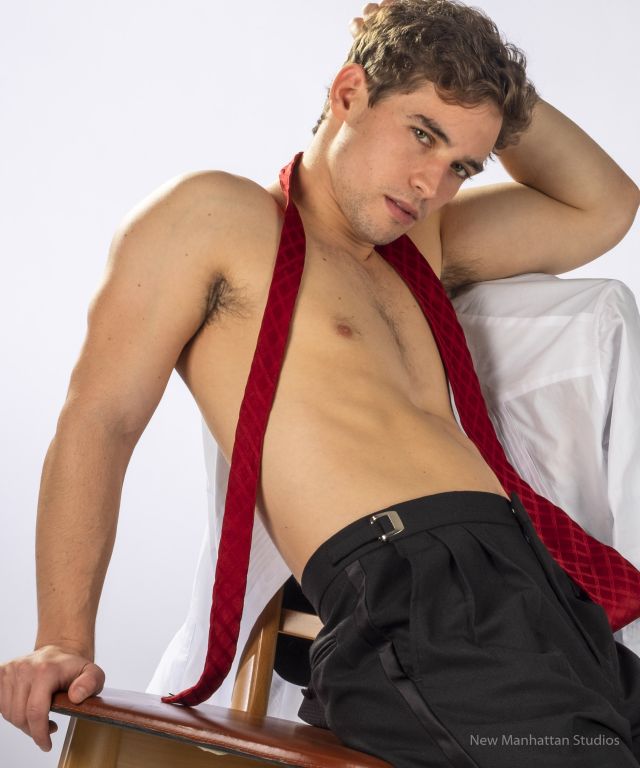 I look back at old images and see two or three moments from a birthday party, six or seven shots from a concert or event.  Two shots from that special Christmas eve, and just one image of that all consuming grade 11 crush.  We don't have the luxury of going back and getting more memories, more angles and wider views.  The 'extras' have to be filled in from memory, some of it real, much if it clouded by emotion and time.  There are so many shots I wish I had pulled back from when taking and gotten more of a panoramic view of all that was happening. 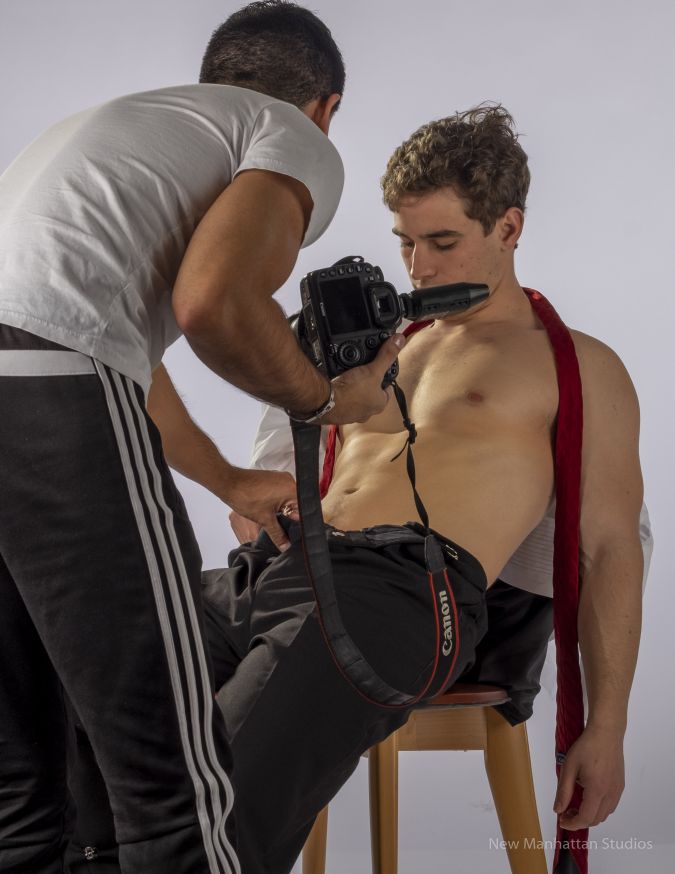 Professional photographers are fortunate not to have this problem.  Although you may only seen a dozen or so images published, their digital photo albums from shoots often contain thousands of images.  One of the most time consuming tasks for a photographer is narrowing down, then choosing, and editing, their best work. If you checked out my Valentine's posts last week, you saw my return to an earlier piece featuring New Manhattan Studios work with Claudius.  Wes had shot and shared four different shoots celebrating cupid's yearly visit, and I was curious if he might be up fro digging back into the archives to see if there might be shots from any of the holiday shoots we hadn't previously featured. 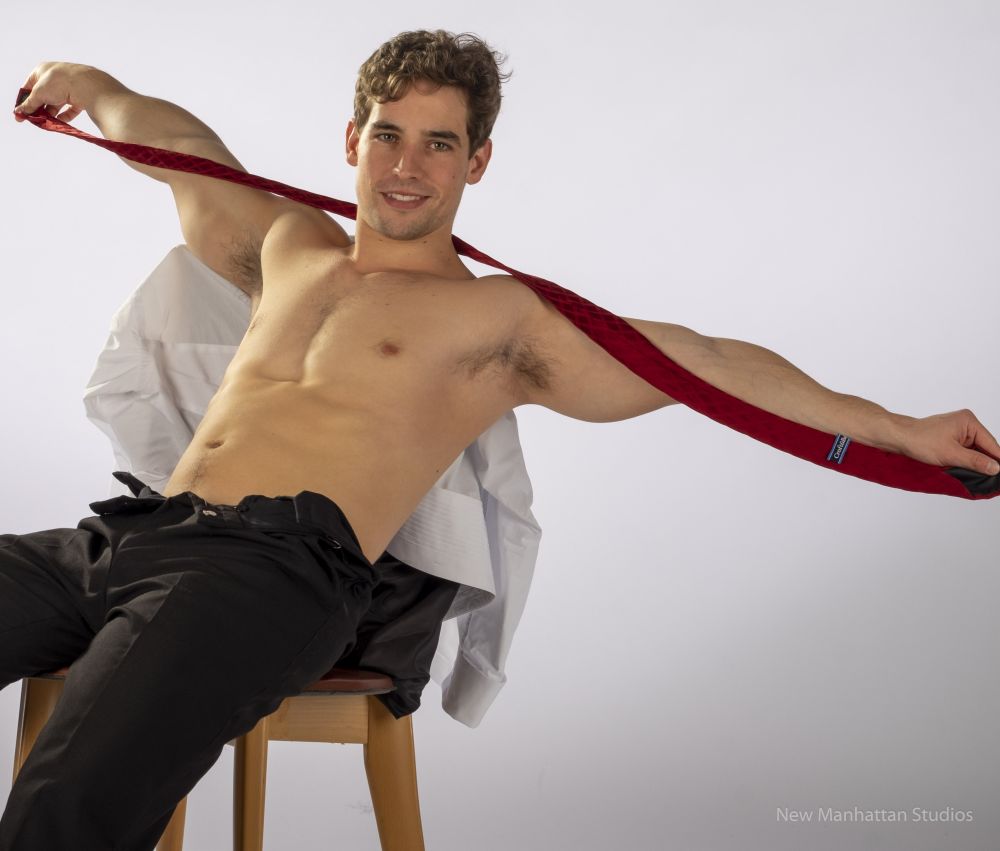 Five years ago, we celebrated Valentine's Day with NMS work with FH favorite Bond. (A Valentine Unattire) It was one of Wes' early shoots with Bond.  The 2015 piece also featured some great behind the scenes shots, as well as PA and model, Alex, jumping in for shots of he and Bond together. In many ways, the theme, the tux, and de-tuxing, were a precursor to Bond's full metamorphosis into the world's most famous secret agent. (Nobody Does It Better) 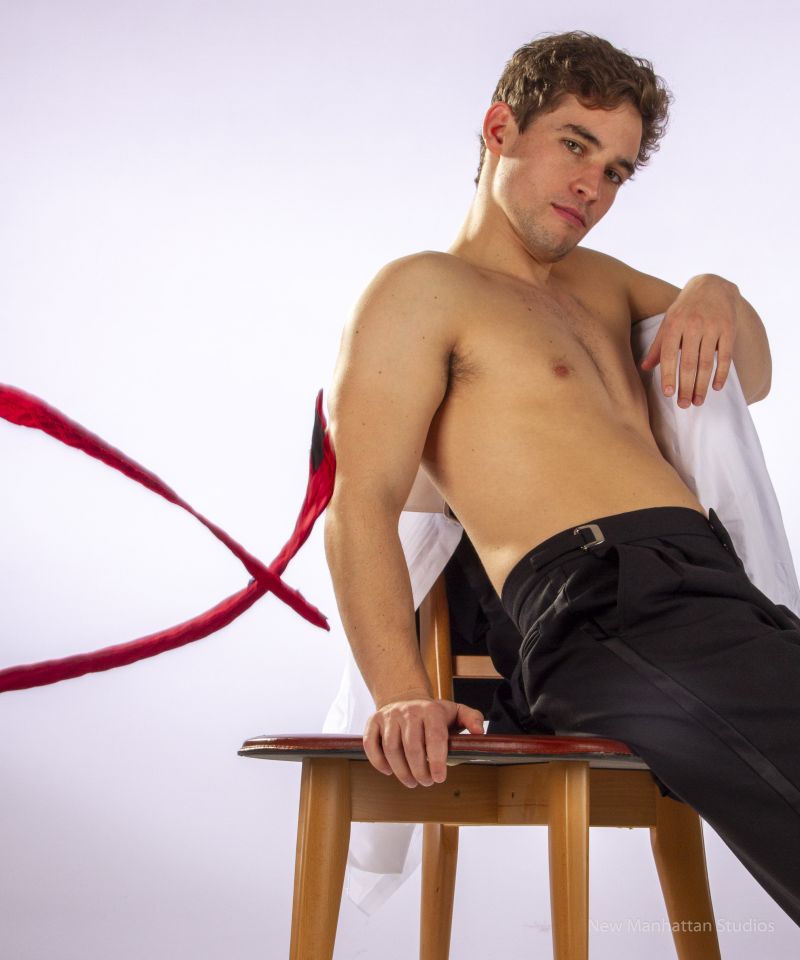 'With the hindsight of 5 years and 15 sessions, I now recognize this session as Bond’s first mental foray into the secret agent persona and his first work as a male sex object. In most respects, this is where the Bond saga begins, and I had not recognized it as such' 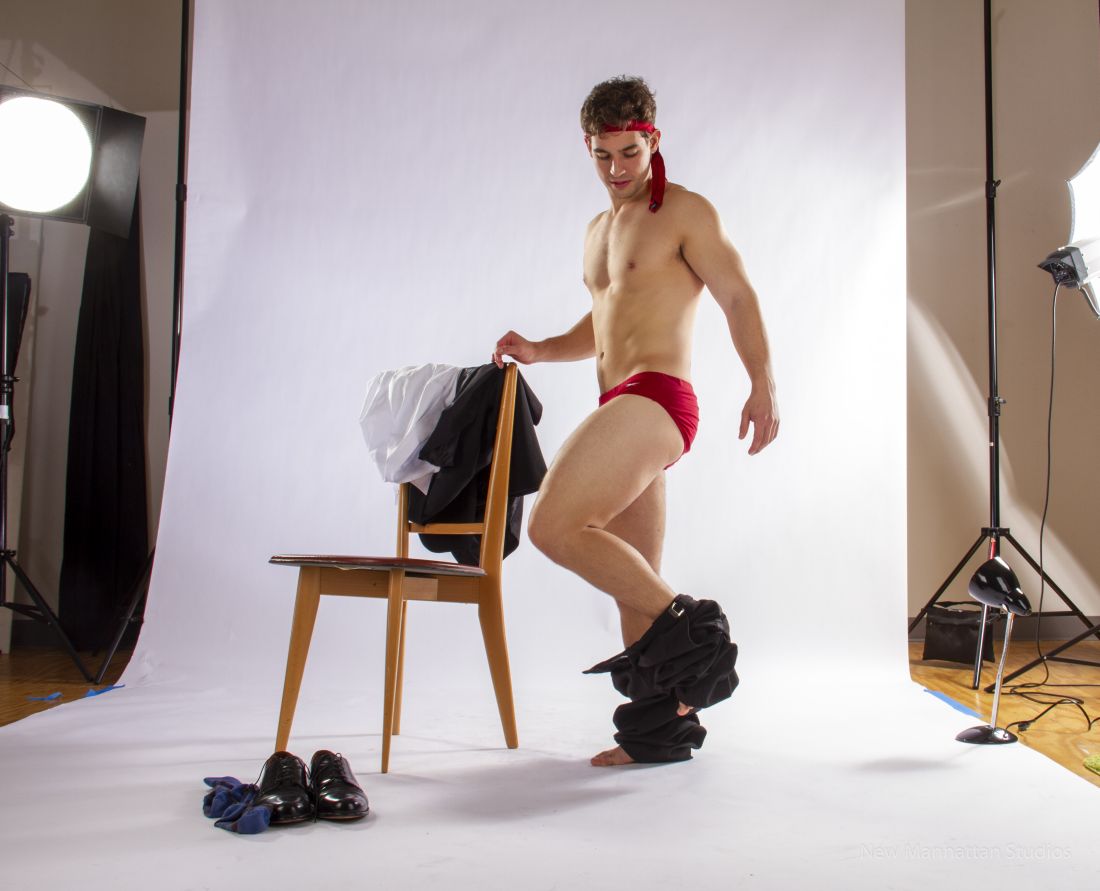 
You can check out more of Bond (minus the red tie) on PAGE 2 HERE: 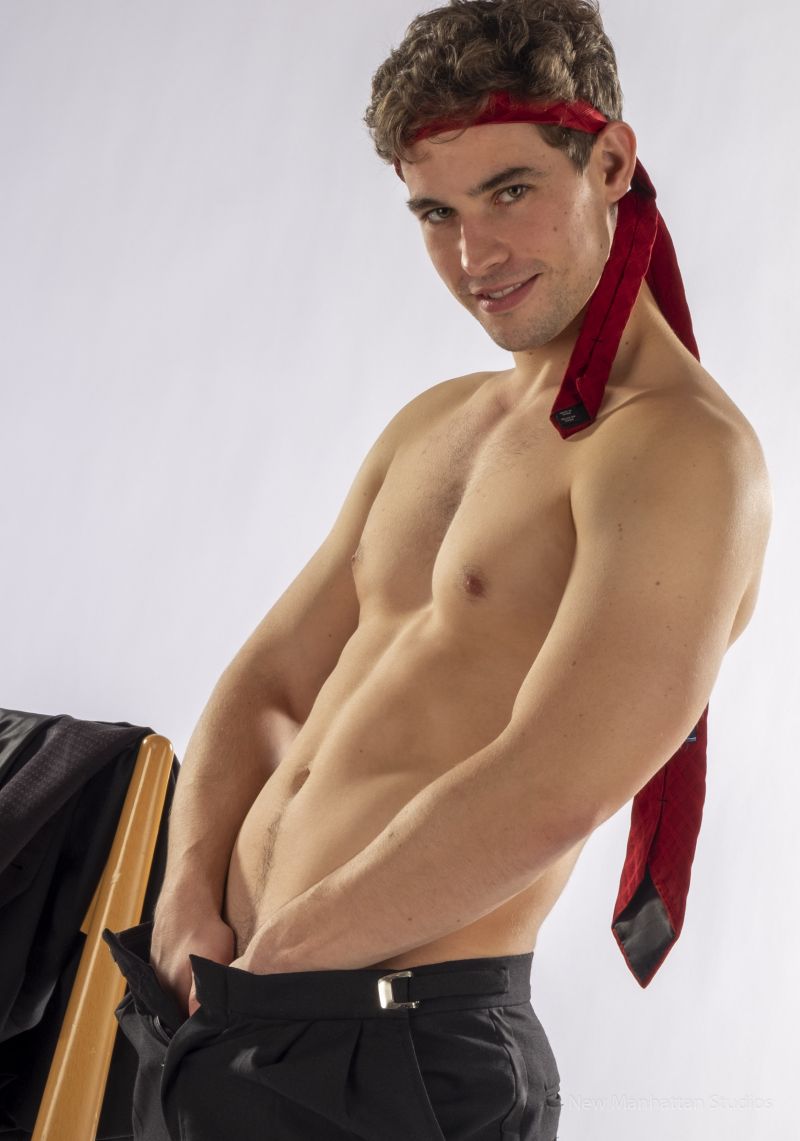 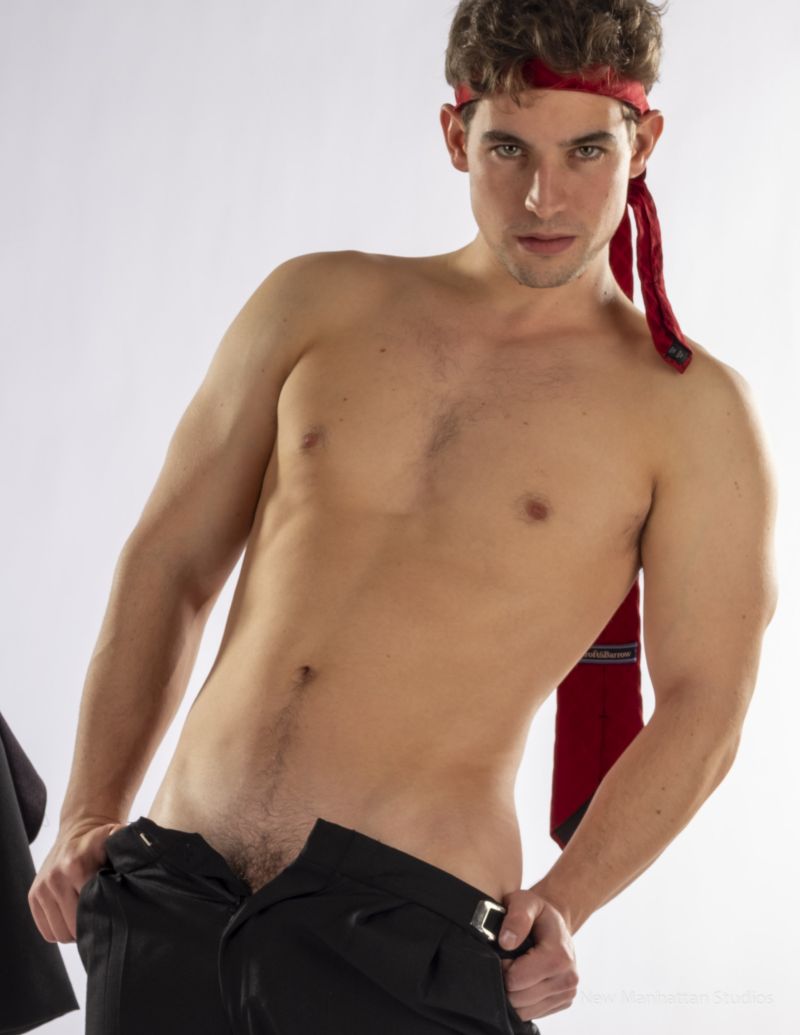