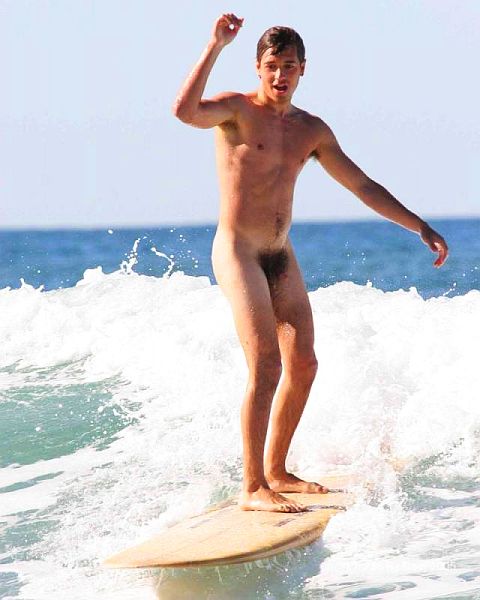 'I'm looking for models who can surf, skateboard, juggle or have a basketball.'
DLJ Photography 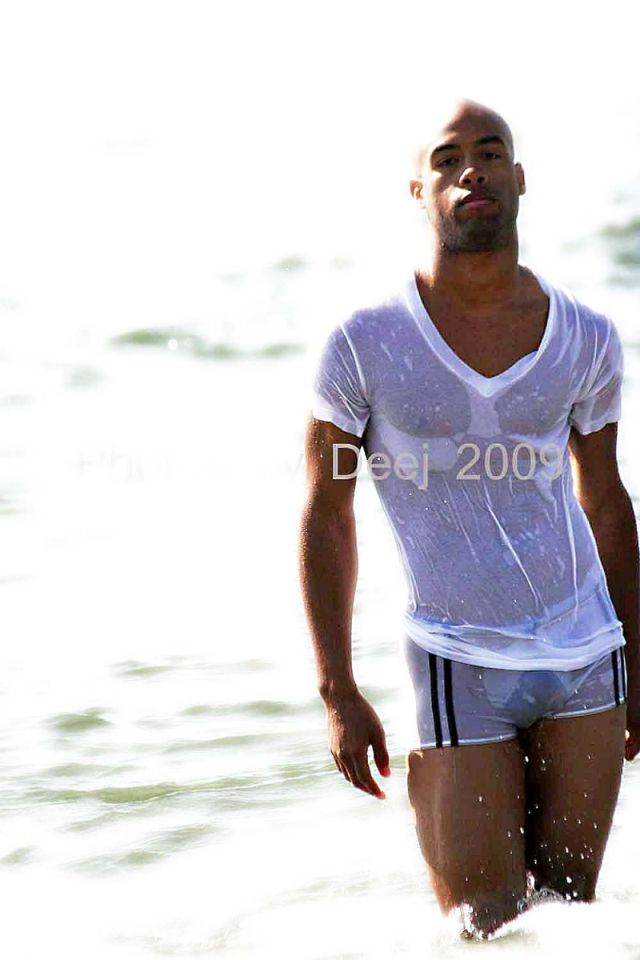 As most of the county continues to wade it's way through snow, rain and all that winter brings with it, I thought it might be appropriate to take, even if virtually, a return to summer and the beach. Like many, I live in a place where hanging at the beach is restricted to only a couple of months of the year, swimming in the ocean to even less. Thankfully Deej from DLJ Photography hails from Lawndale California where there are many more months not just to enjoy the beach but to utilize it as a magnificently, rent free studio. 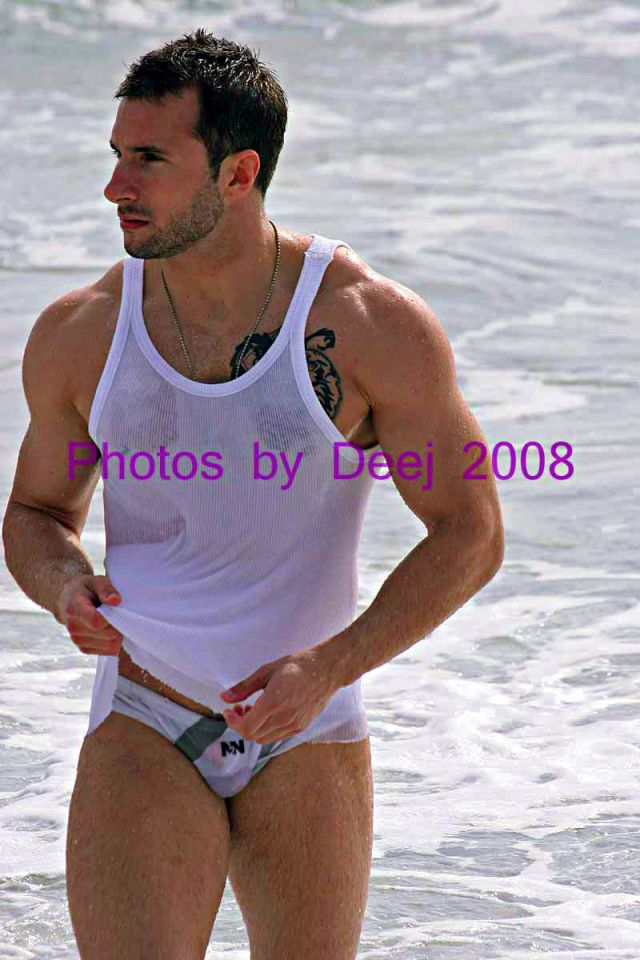 I have always felt a pull to the ocean, especially during storms when the wind and waves join forces to create a natural museum of visual masterpieces. The beach has always been a favorite backdrop for many photographers of the male form but it was not until spending time with Deej's work and hearing how he puts his love of the location into words, that I fully understood the magic of the location. 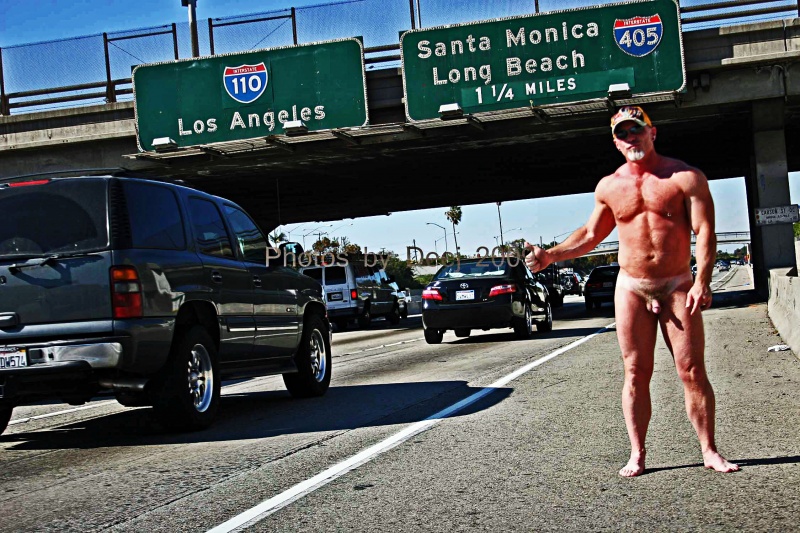 When shooting in studio, even when working on location, your backdrop and surroundings basically remain static as you shoot. Yes, wind and rain may effect an outside set but basically if you choose to shoot a model in front of barn, behind the model remains a barn. There are a couple of locations however, that even if the model remains perfectly still, have a fluidity that create incredible differences in each shot that is taken. 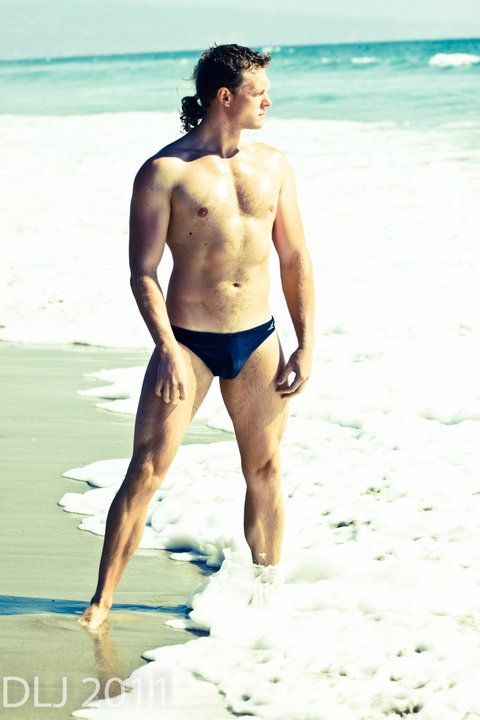 'I love shooting at the beach because the ocean is so tranquil. Not only that, I can shoot in the same spot and always get a different shot because you never know how the waves will frame the model or where the light will hit and if you get it right, its like magic.' 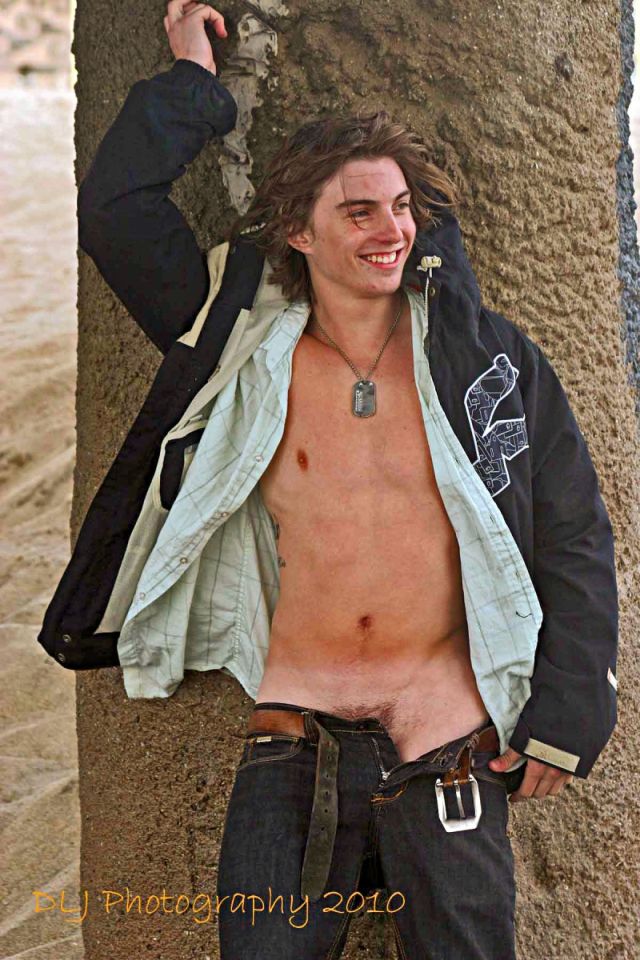 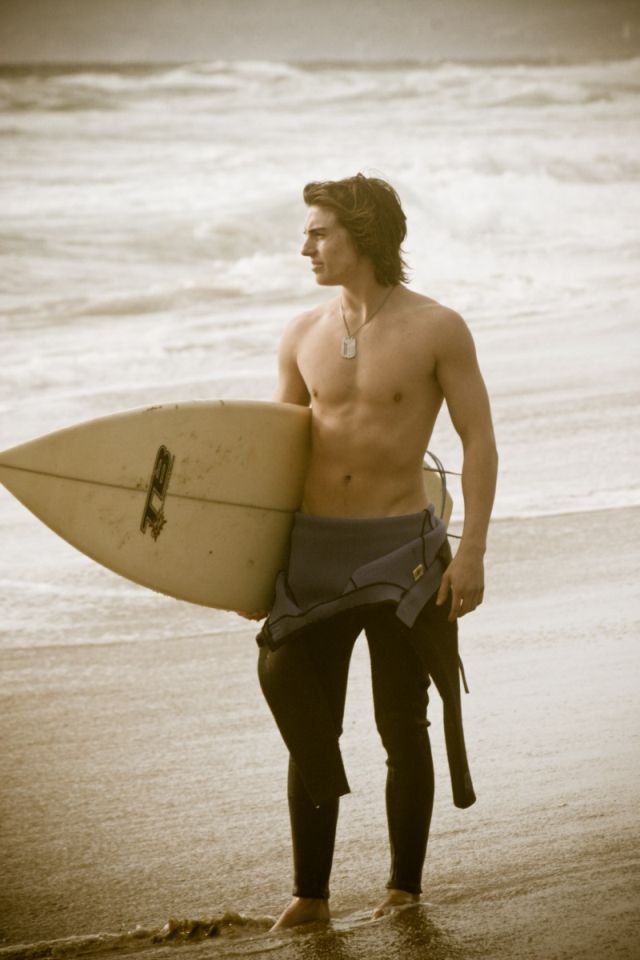 Deej's passion for photography began as a teen but it was not until 2001 that he began working more professionally. With the exception of a few photography workshops and a ton of reading, Deej says most of his experience comes from a gut feeling of what he thinks looks good. Much of this gut feeling Deej attributes to the inspiration he takes from photographers he admires. Deej studies the work of others and creatively uses concepts he loves, putting a new spin on it, making it his own. Although I like to think most of the shots I love come from the actual taking of the shot, Deej believes some of his best shots are not made by the actual taking of the picture but through the editing process. Whatever the process, when I saw my first image from Deej, the naked surfer at the top of the feature, I knew I wanted to jump on board! 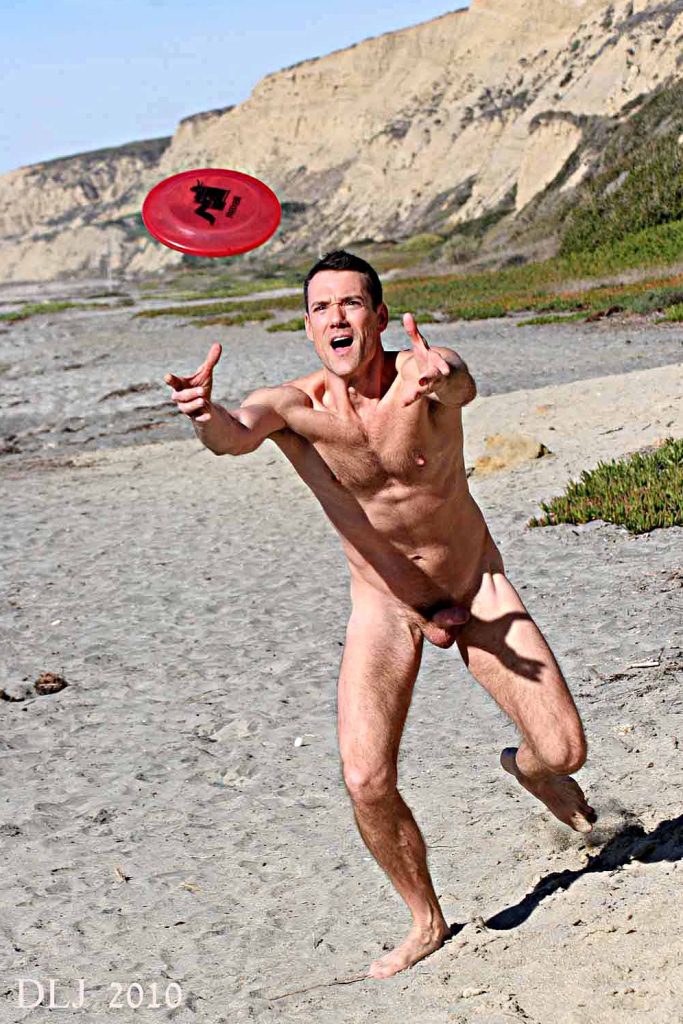 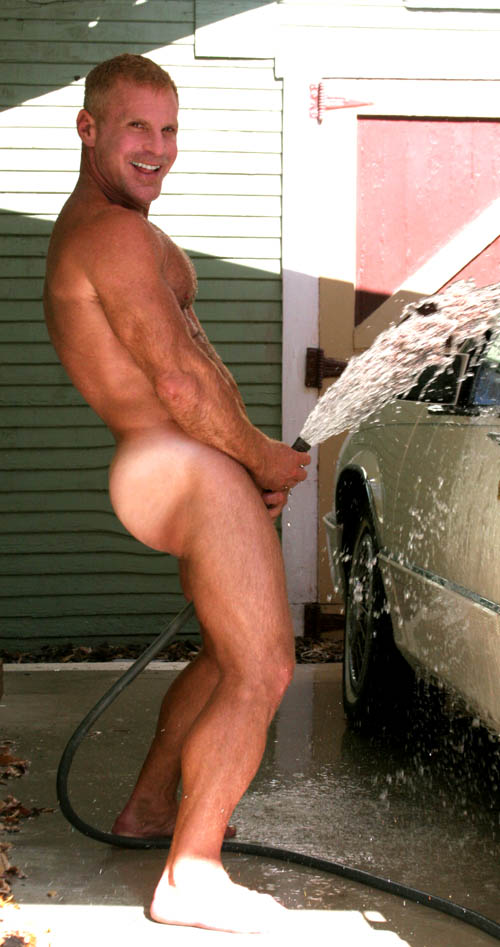 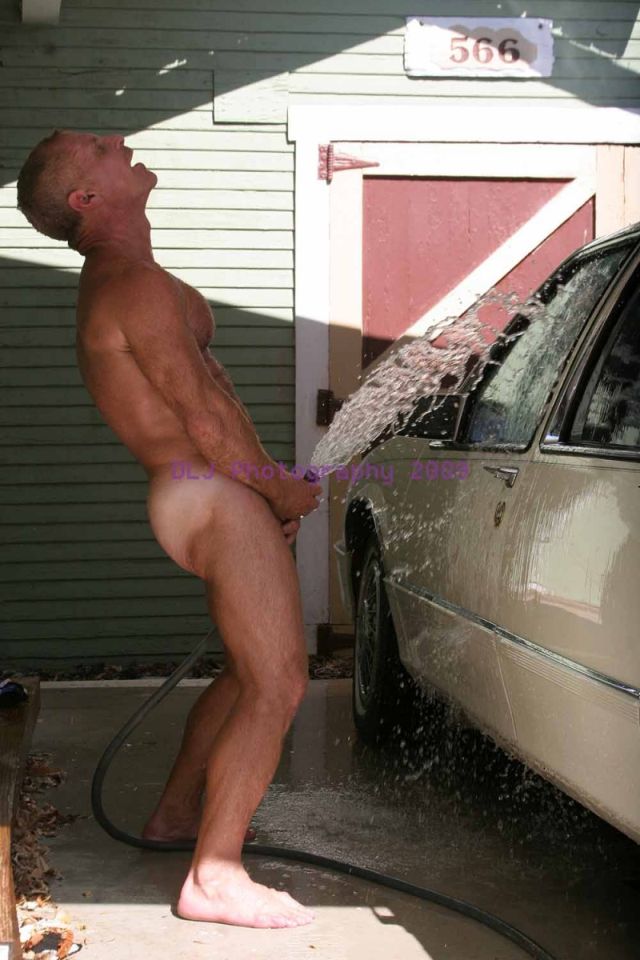 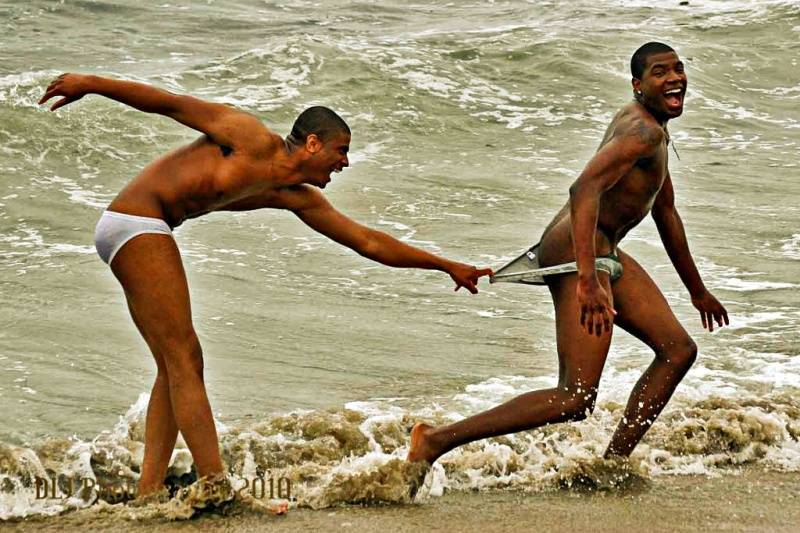 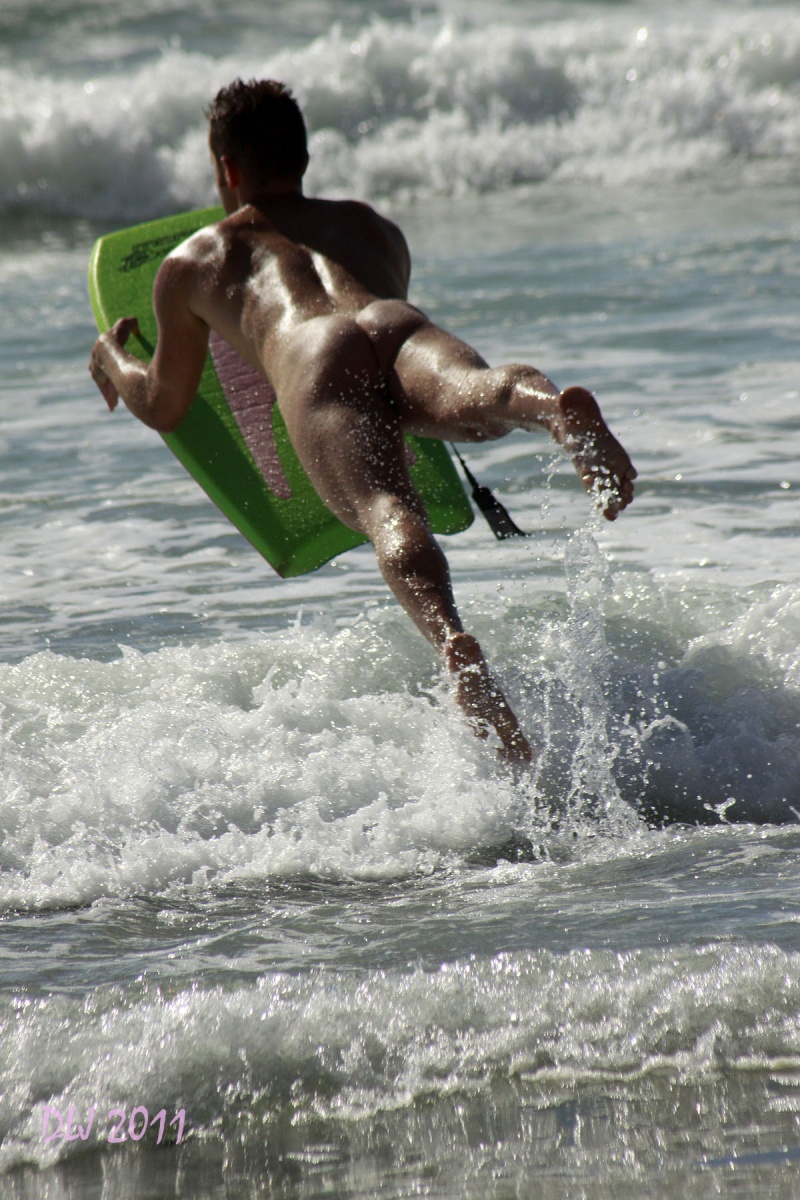 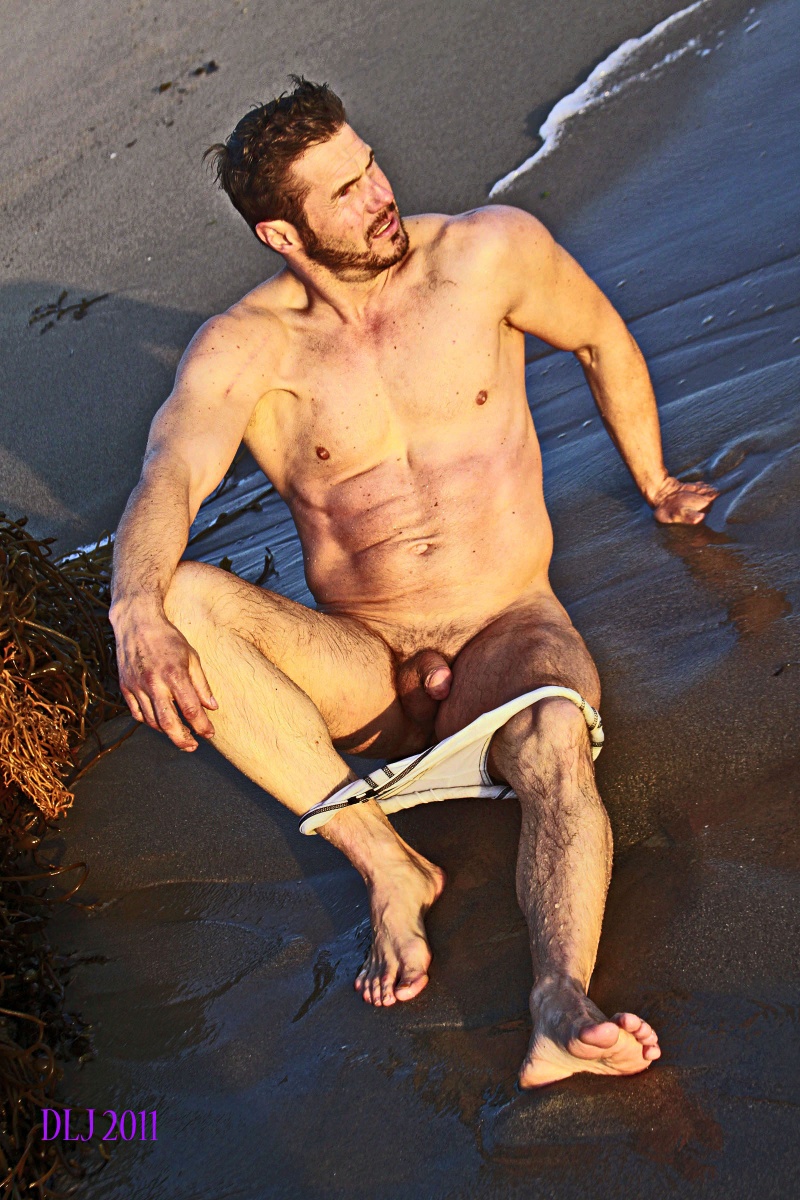