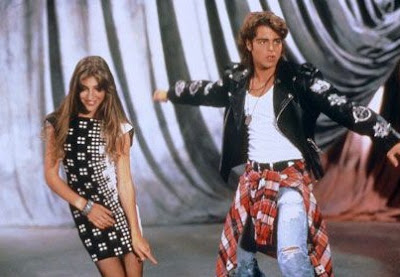 Like many of you i bet, I re-watched Mayim Bialik's 'Glory Of Love' number more than a few times on the old VHS copy of Beaches we rented back in the early 90's. I truly hated the movie but that few minutes of the movie unveiled a true talent. For some reason though I had little to no interest in following Bialik in any of the projects that came after. Not sure why, but even Joey Lawrence could not get me to watch the annoying half hour that was Blossom. 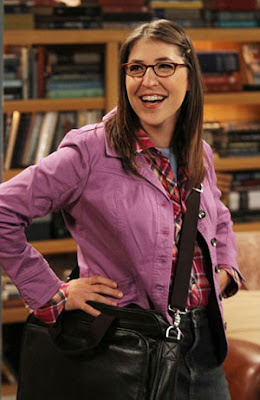 I did however maintain my respect for Bialik. When I would see her on talk shows, I loved her attitude and intelligence. Sometimes it takes just the right character to allow an actor to truly shine. Big Bang Theory does just that with Amy Farrah Fowler. I have loved Bialik's Amy since her first episode but the last two seasons she has been providing some of the shows biggest laughs. 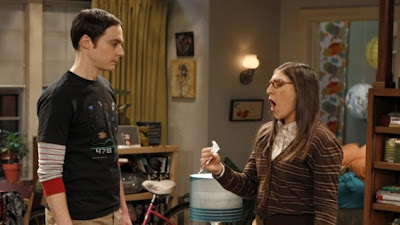 The scene a couple of weeks ago when Sheldon presented Amy with a tiara was one of the most hilarious scenes I have seen on a sit-com (especially an American one) in awhile. The brilliance came stemmed yes from the writing but mostly from how Bialik nails Amy with every word and line put in front of her. Amy reminds me a bit of a Muppet. Even without dialogue, Bialik uses her characters limited range of emotions, to create, like a Muppet, hilarious over the top facial expressions. 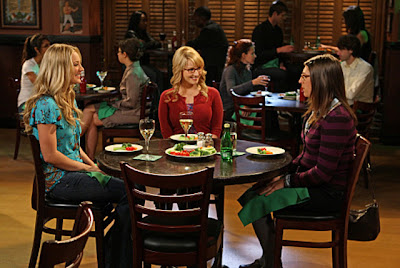 I agree, she is really good. Now the girls are funnier than the guys in the show and sometimes Sheldon is the antithesis of funny. Without the girls (especially Emy) I would have stopped watching the show a long time ago.

I agree with JC. Sheldon has become a queeny rude bitch. He's more irritating than funny.
It wasn't funny anymore when:
Happy Days became the Fonzie Show,
M.A.S.H. became the Hawkeye Show,
Big Bang Theory became the Sheldon Show.
I'm sure there's more.
If it wasn't for the ladies and Leonard, I doubt that I'd watch it anymore.

I wish I could get into Big Bang Theory but like most CBS sitcoms it's just not funny. They all try too hard to appeal to the largest audience and sadly the humor is dumbed down as a result. The only networks able to produce a smart sitcom is NBC and FOX. Sadly even NBC is starting to produce crap like Whitney.