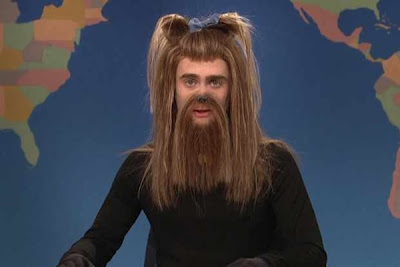 I am not sure the writing of this weeks SNL was really that much better than last weeks but...Daniel Radcliffe proves when you have a host with some talent it makes all the difference in the world. 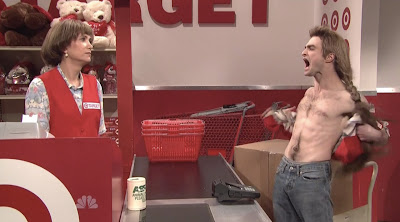 It is a little surprising given it's years on the air, Lorne Michaels and SNL have seemingly not learned from past mistakes. Last weeks Charles Barkley episode was painfully bad. Between the writing and Barkley's tortured cue card reading, it was like watching a bad grade school dress rehearsal. (thank goodness for DVR's and the >> button) It is not that having an athlete or politician as host is so bad. But...what SNL continues to fail at is choosing to write for them instead of the better choice of writing around them. It was obvious they tried to bring out something in Barkley (and he is not without appeal). Instead, when there is a week with a Barkley, there should be Stefon, Wiig's best and brightest, and the characters the audience loves to see. 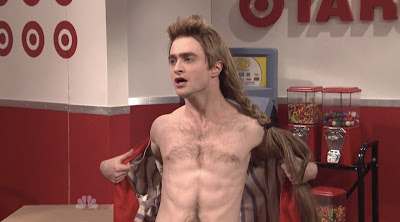 What Radcliffe was able to do so well (besides showing his beautiful chest), was to use his considerable acting and stage skills to showcase his personality, even when the sketches could not. I think most of last nights concepts were winning, but sadly they all went on a few minutes too long. We shall we what Channing Tatum does (hopefully he will rip off his shirt as well) when he takes on the host role in February. 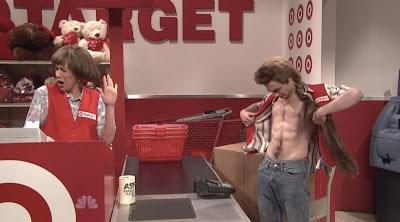 He did well with what he was given. The Target sketch was just awful but a Shirtless Dan made it far more enjoyable :) I loved the Casey Anthony dog sketch.

I can usually only find one sketch per episode that I find funny. Last week it was the the dinner party with Barkley as a women. I was in stitches watching that. This week was the Harry Potter 2020 sketch. All the rest fell flat to me and the worst had to be the Target sketch.