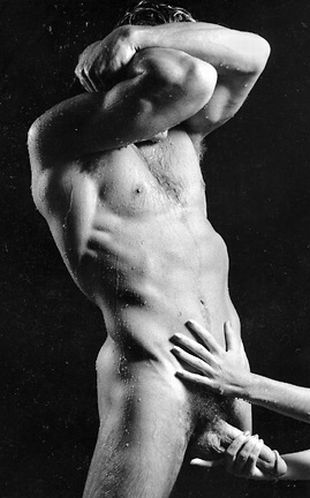 At a luncheon arranged to introduce model Larry Kihlstadius to some of photographer Robert J. Guttke's friends and business associates,  Robert shared with  Larry that he had given one of his images of the Larry to Paulete, one of the women sitting at the table.  Without missing a beat, Larry matter of factly responded; 'Well, if it is a picture of me, it has to be well hung.' 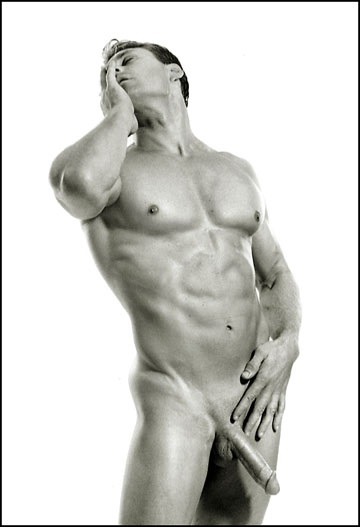 There is a decided difference, in my opinion, between a penis and a dick. This is especially true within the realm of photography focusing on the male form. Good artists just seem to intrinsically know the difference. Bad photographers don't seem aware that there is a difference. Great artists don't care... they don't have to. 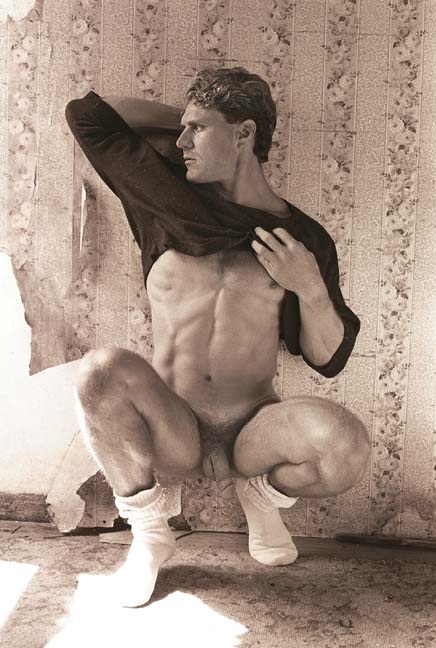 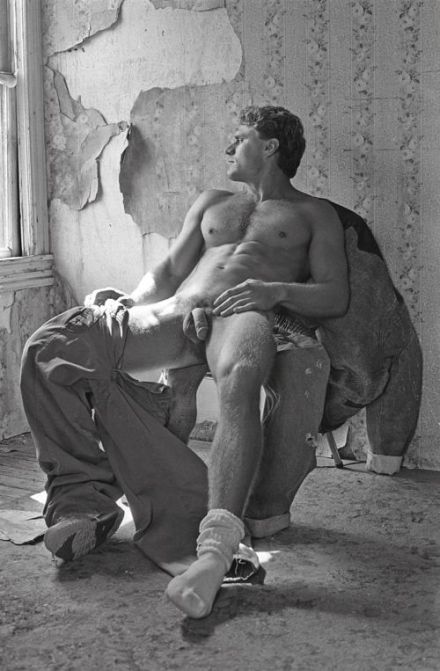 I don't feature a lot of erections on FH. Partly, this is due to the blogs audience and focus. I don't just feature photographers and models shooting nudes, but also artist's whose images include underwear and fashion, fitness, implied nudes, the male forum in editorial and story driven shoots. I also often work with actors and singers, either directly or with there representative who often share use FH for exposure and promotion. 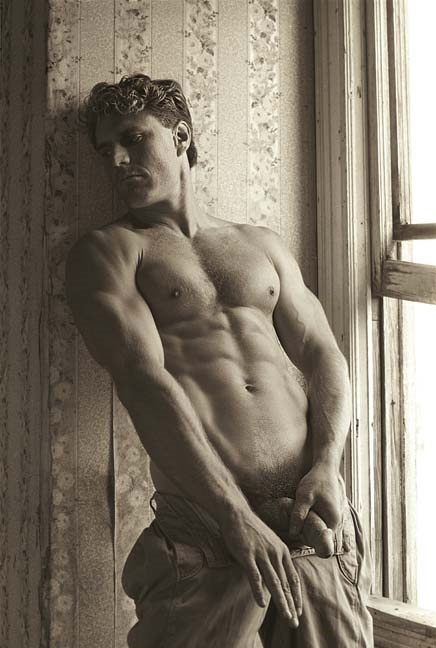 The main reason though is me, my personal tastes and because I am not generally drawn to how erections are captured by most. If you were to look, you would find many throughout the hundreds of pages of the blog. In each case however, I saw something beautiful and unique about the shot, not just a big penis with a man attached behind it. For those who love imagery of the male form, I am sure like myself, you can always tell when the photographer is focused on the model, and shot as systemically, and when they focused solely on the penis. Is is usually this focus, by the person behind the lens, that turns a penis...into a dick. 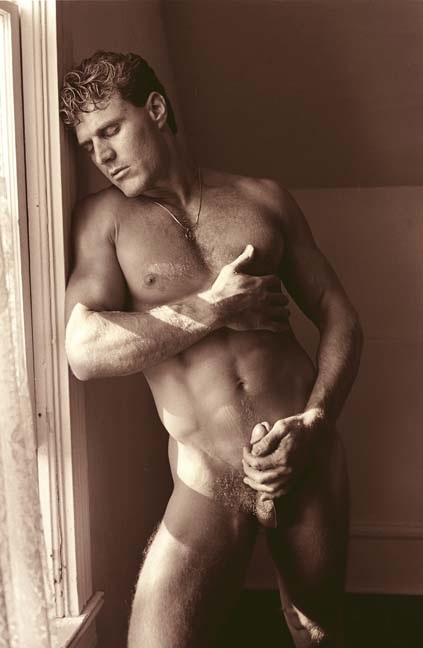 'Photographers who shoot a model with the penis as the main focus are tiresomely over-obvious. Erection's, just like placement of any body part, must also work with composition. It really is just an extension of the body and should look just as good as everything else. As far back as my college days people commented that I revealed the whole male figure like most reveal the whole female figure. Fair is fair.'
Robert J. Guttke 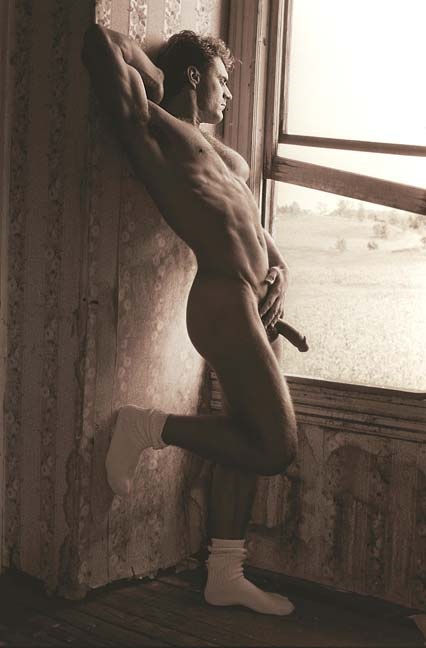 Robert J. Guttke's images are full of penis's, yet he has never really shot one. Robert shoots bodies, and what makes his images timeless, and stand out from so many others, is the fact that for Robert, the penis is no more, nor no less, important than any other part of the body. One of my favorite examples of this, is Robert's incredible work with Aaron.  If you look at the last image in my feature with Aaron. (HERE:) you will see an incredible shot in which all of Aaron's body, erection included, is shot to follow the lines of the scythe that Robert had rented for the shoot. 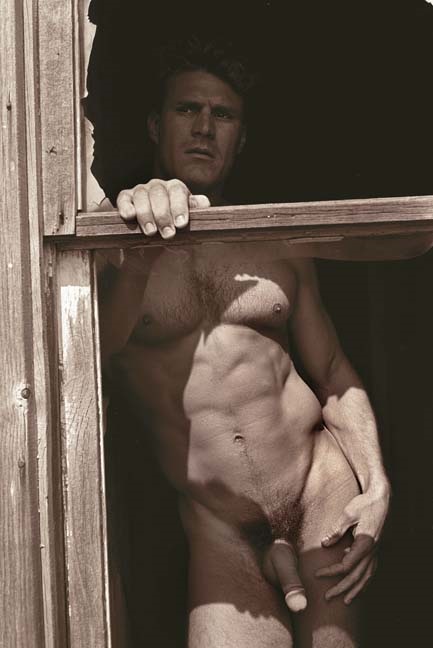 'It was impossible for me to print in the dark room all those years ago.. and a reason I stayed away from uneven light... but the computer helped produce the image above in about 7 layers of tonal adjustment... I was outside on the roof.' 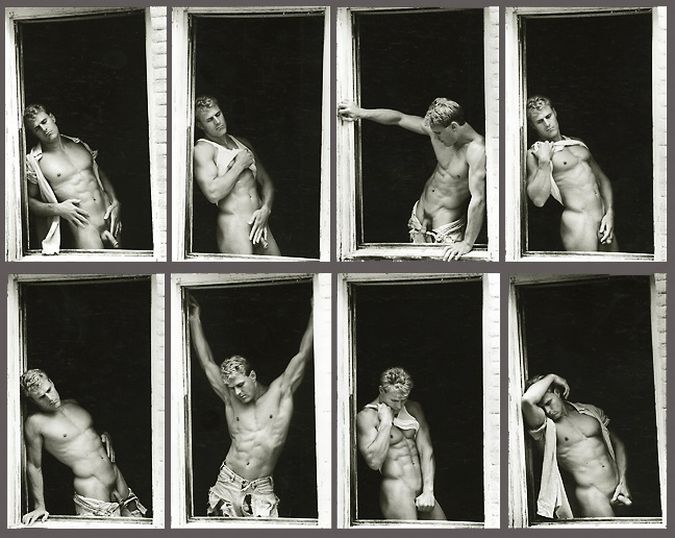 Why I am babbling on and on about penis's and erections... well, because it is all sort of relevant to Robert's work with model Larry Kihlstadius. We all know erections are sometimes requested for certain shoots, but at other times, they pop up even when not required... or even wanted.  Robert shares that Larry was sort of a walking penis from the first second they met. It was a challenge for the artist to actually find moments when Larry was not at full attention to take a shot.  If Larry wasn't showing just how alert he was, he was talking about it.  He Shared endless tales about all the adventures he, and Larry Jr, had experienced and the many many women they had shared. 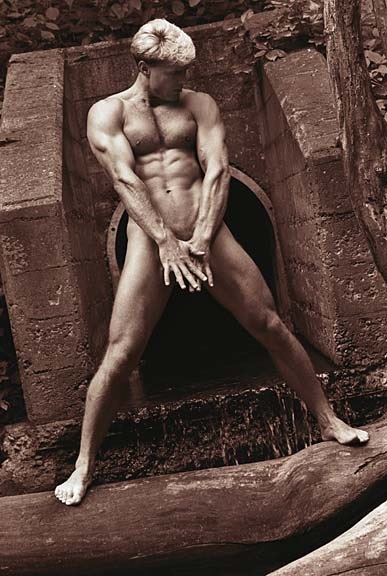 'I'm real pretty down there.' 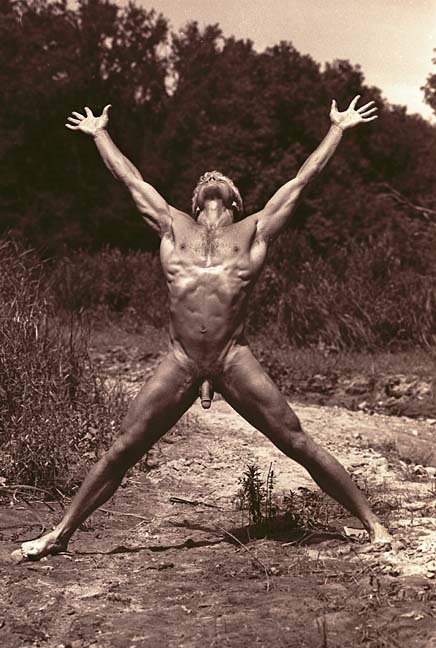 Robert first discoverd Larry jogging around Lake Nokomis . Robert remembers how Larry loved to share all of the adventures of his mighty penis, a body part which he was not only proud of, but one which seemed to guide much of his life. Larry's inability to control 'little Larry' however meant Robert couldn't always count on him as a photography model. Larry's penis had it's own mind, and did not always include posing as require and following direction. Larry was however, a great source body for so many of Robert's drawing and sculptures. 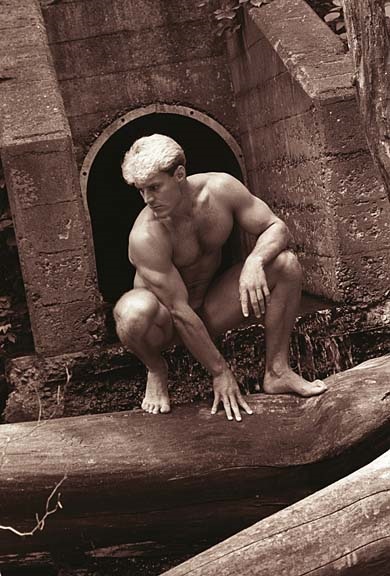 'I have no idea why he always had an erection when least expected. I often wondered if he turned into a hat rack for all his modeling jobs... They will have a difficult time getting the lid down on his coffin.' 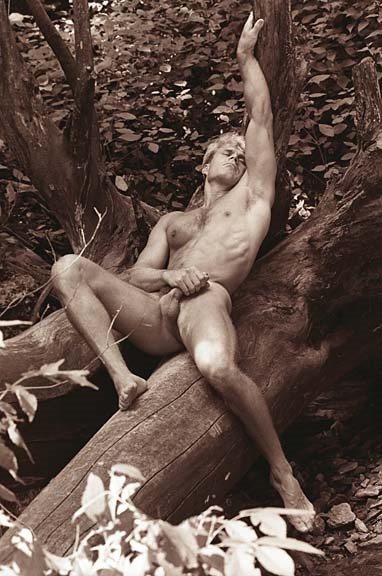 Larry went on to work with Ken Hack, Bruce Weber and also Skrebneski, whom Robert introduced him to. The ability to have an erection without little effort, or no effort at all had it's pros and cons though. Larry was able to get a series of jobs which used his rod to reel in buyers of camping greeting cards and ads for pecker parties where his pride and joy could be the center of attention. Larry always knew he would never be the president of the United States, so wanted to use what he had...while he could. 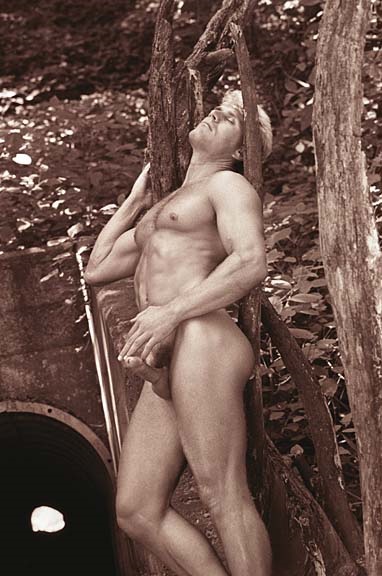 Having your shaft as a life guide can have it's pros and cons of course. It can lead to lots of fun, and plenty of unusual and exciting adventures. It can also however, attract people and attention who ultimately may not see you as a person, or someone more than just your manhood. They may end up just seeing a wiener, especially if said wiener has a bit of wealth behind it. 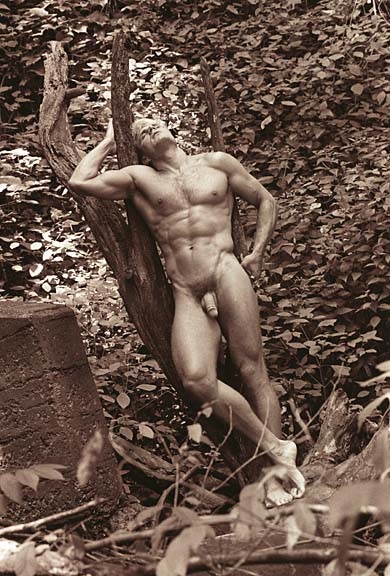 Despite the challenges, these images again demonstrate Robert's genius as an artist. There are many photographers who expertly shoot what is in front of them. With lighting and shadow, location and fashion, they beautifully capture what they see. There are others however, like Robert, who manage to go beyond what is there and what is seen. Beyond the model, his frequent erections and stories, Robert still managed to capture Larry through his eyes and lens, not letting erections and restrictions get in the way of his artistic vision of what he wanted to capture. 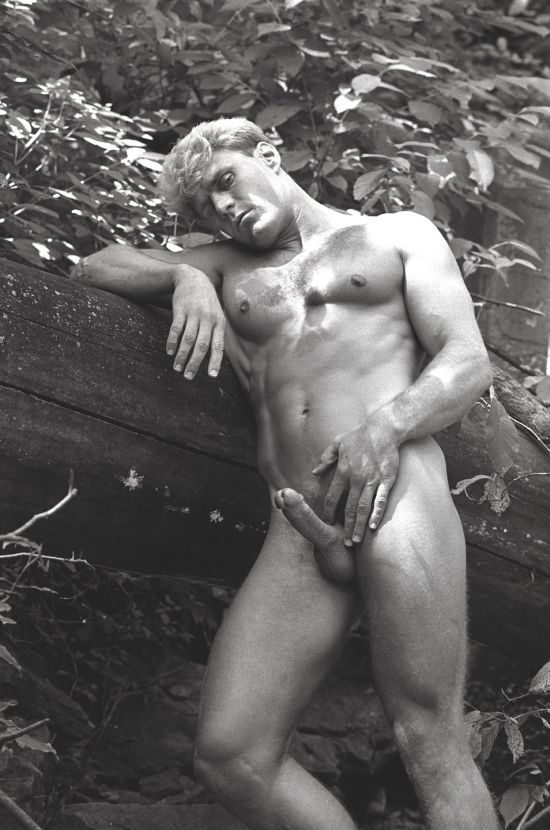