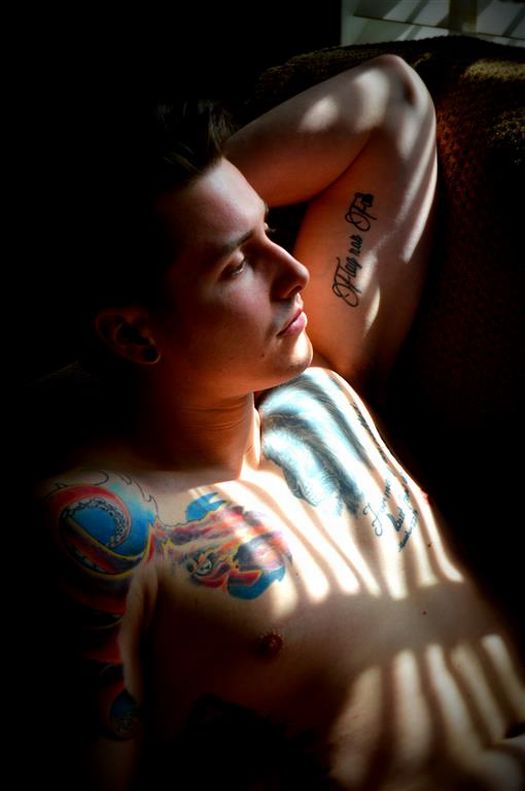 'People keep telling me that I have a great eye when it comes to photography, that I see things others don't. Well now is my time to give this a shot and see where I can go with it!' 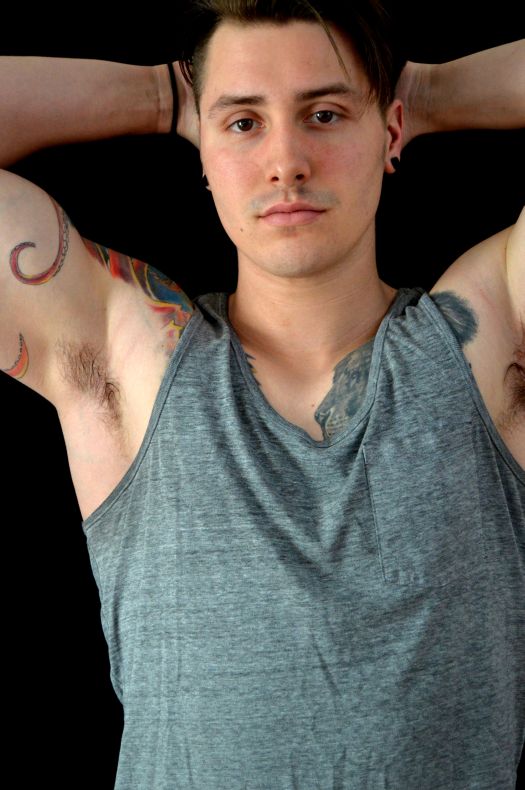 Last week, FH introduced readers to Jeff's unique point of view in a feature that focused on the Ohio photographer's beautiful views of Mike. (HERE:) Although it was Mike's first time modeling, the images turned out so well, after the new model posted them on Facebook, Jeff was contacted by several of Mike's friends hoping he could create that same magic by focusing his specific point of view on them. 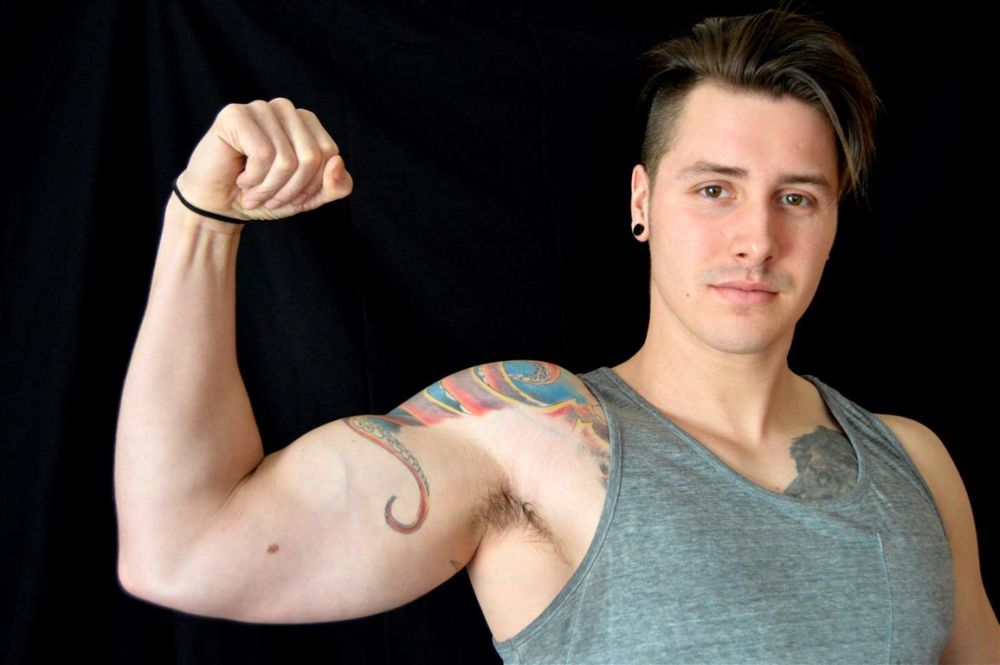 'I got a message from a facebook friend of Mike's named Kyle, telling me he was interested in trying his hand at modeling and would like to give it a try. He said he was willing to do whatever it takes to make some really good photos. I said, well lets do it! He had the physique, the body and he had these wonderful tattoos.' 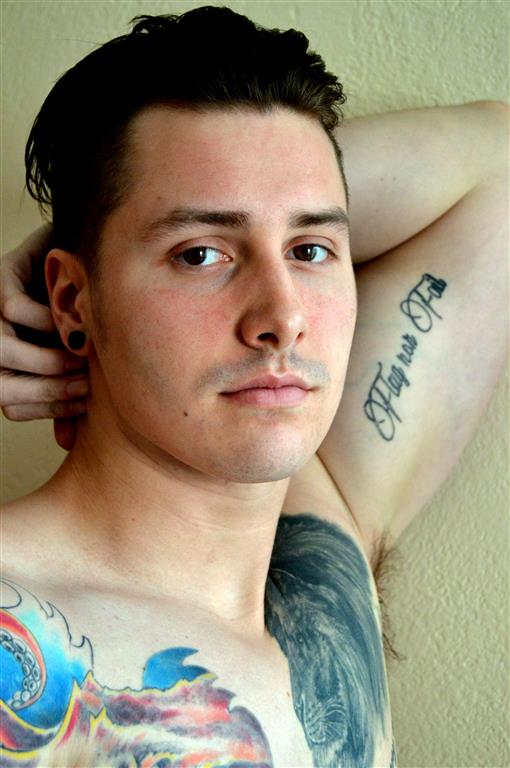 They set up a plan to shoot a few days later, and Jeff reports Kyle looked equally great in person as the shots he had seen. Although like Mike, this was Kyle's first shoot, he confident and the lack of nerves made it easier for Jeff to get the shots he felt would make Kyle look his best. They began with portraits and then moved on to body, physique and underwear shots. 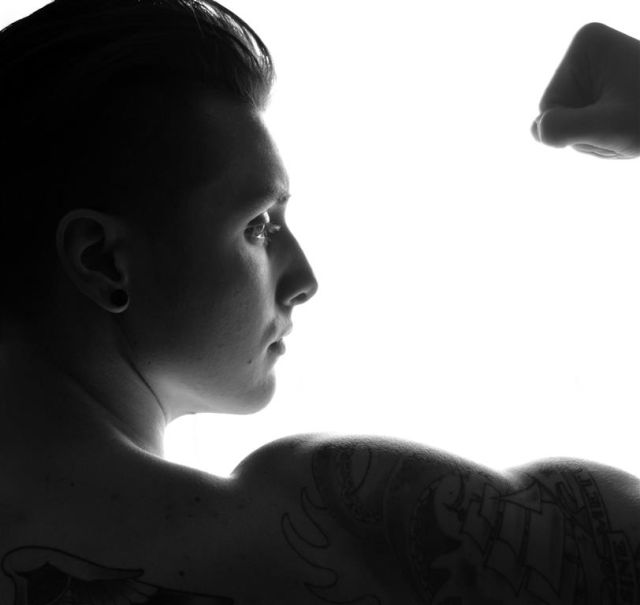 'Kyle asked me if I had any other ideas for him and that's when I asked him if he'd be comfortable doing some implied nude shots. He said "whatever it takes!' Both Jeff and Kyle were pleased how they were able to show off Kyle's great face, body and tats, not to mention his great butt, while still leaving something to the viewers imagination. 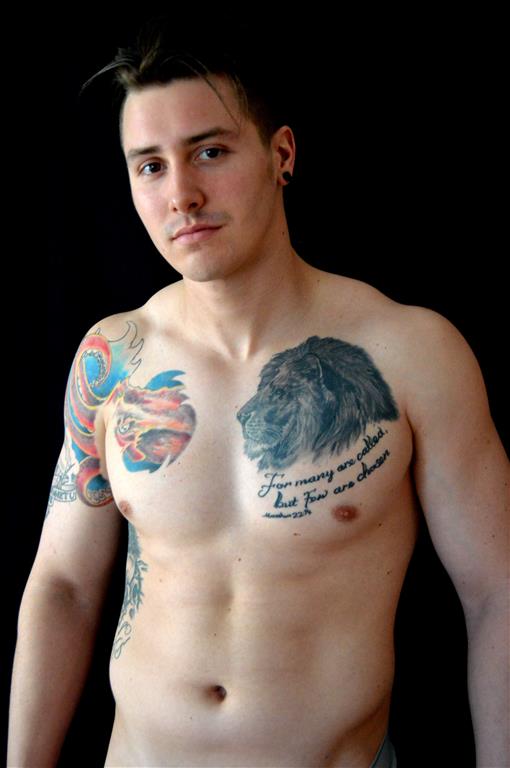 When Jeff met with Kyle to go over the finished images they were both more than thrilled with the results. Still being new to shooting the male form, Jeff could see what worked and what didn't. 'I still have a lot to learn, so like I said before, I learn something new every time I shoot a model.' Kyle's girlfriend however provided the final litmus test for the shoot and she thought the images were great, loving the final results. This left Jeff feeling satisfied in the work he and Kyle accomplished together. 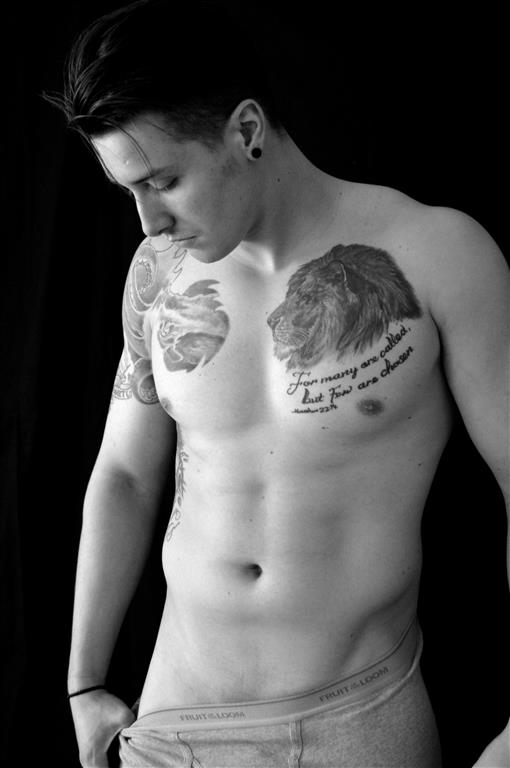 'Kyle and I are both interested in working together again. I want to do with Kyle outside the studio setting and get him somewhere that matches his look and personality. I want him somewhere more urban, darker, a little gritty maybe with graffiti, etc. Kyle has an edge to him that my other models have not had. He's his own person, he's got this different hairstyle, the ink, just an edge that I want to bring out more in the photos. Kyle is on board for this and seems as excited, as I am!.' 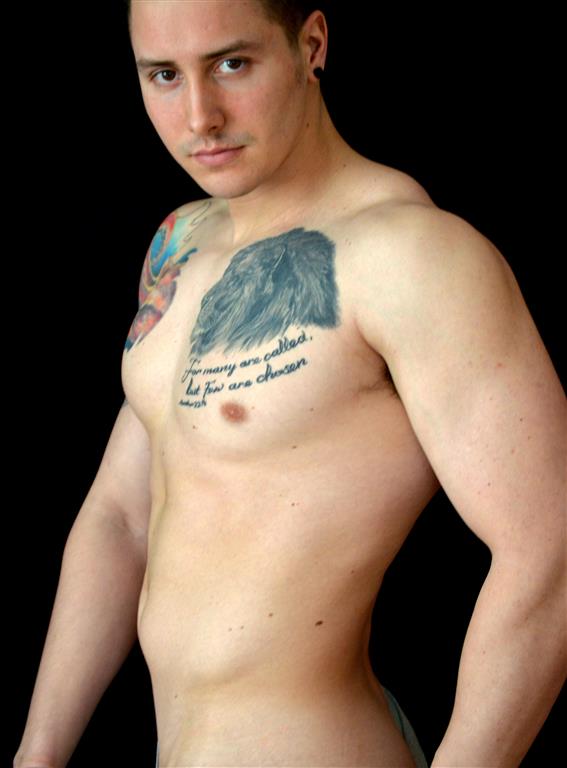 Jeff's Point Of View On ModelMayhem 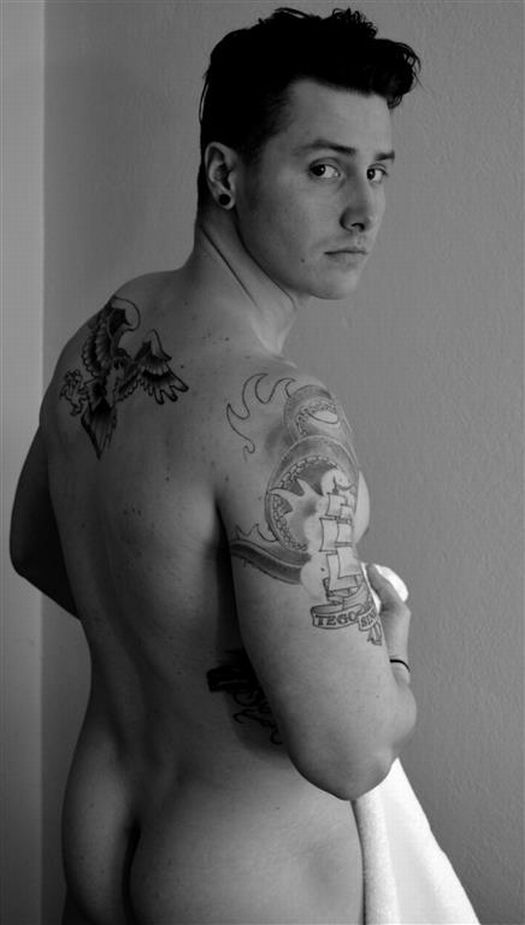 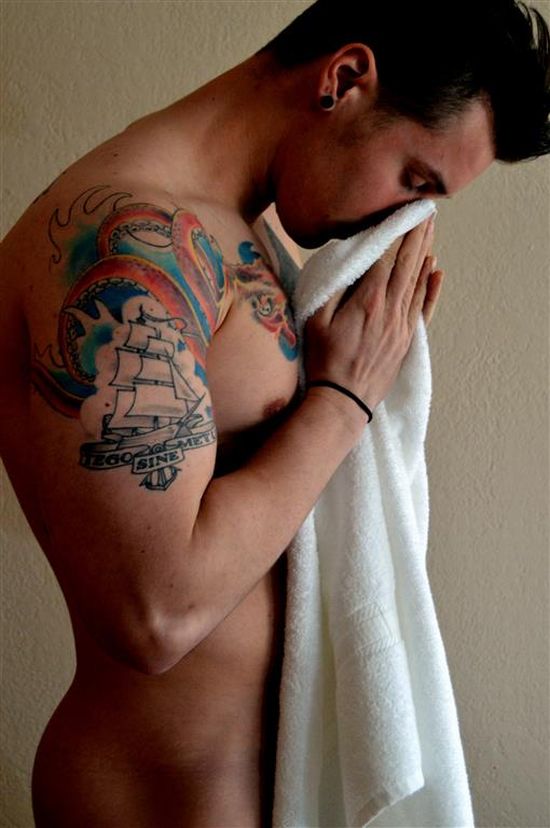