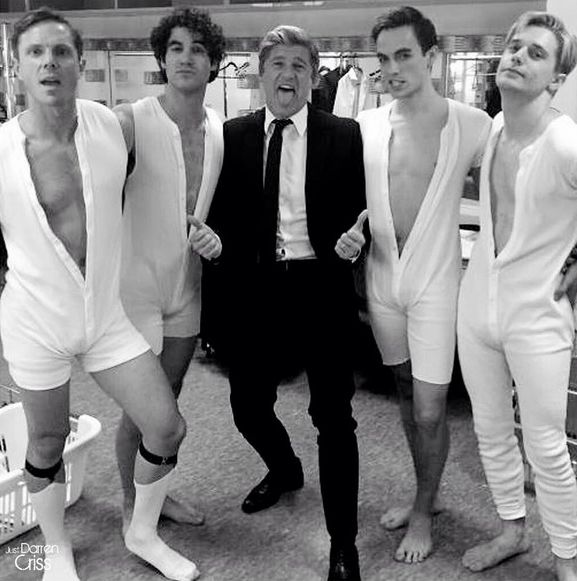 I know it's after Labor Day, but I am ok with the white oneies worn by Darren Criss, Andy Mientus and the cast of Gross Indecency: The Three Trials of Oscar Wilde. The award-winning play about Oscar Wilde and the trials for his “crime” of homosexuality was halted in the middle of pre-production when the Kremlin blocked the revival because of the play’s LGBTQ content. Thankfully, Darren, Andy along with David Burtka, Michael Emerson, Sally Field, Jonathan Groff and others were part of the one night only production in New York this past Monday. 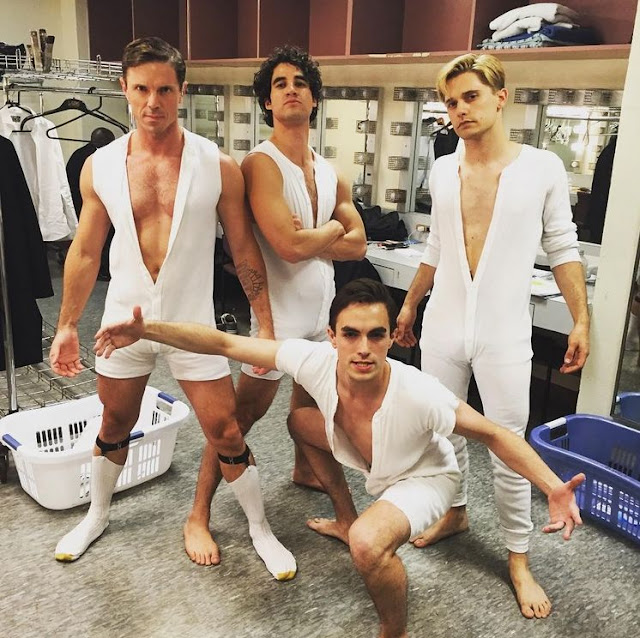 Gross Indecency: The Three Trials of Oscar Wilde
at October 08, 2015