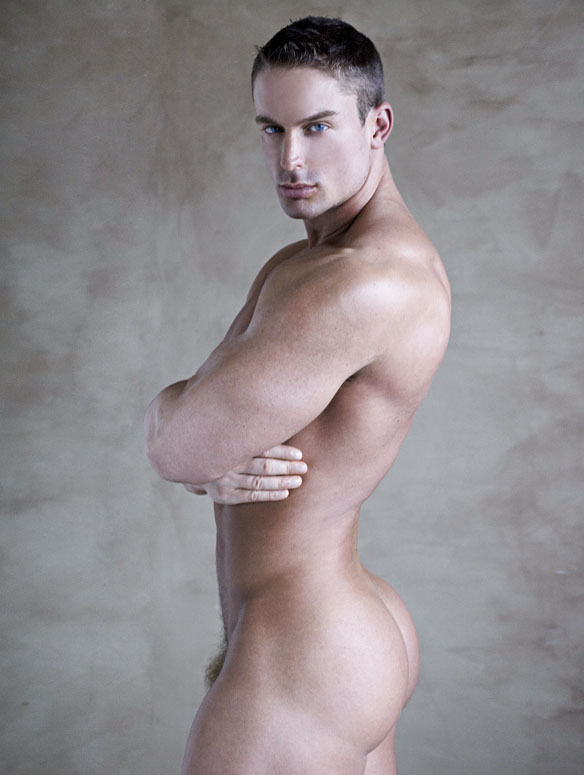 Above: Trevor Adams
From 2009 through 2012, FH did a feature entitled Favorites of Favorites. In the series, I sent on a series of questions to some of my favorites actors, models and celebrities concerning some of their favorites. Model Trevor Adams, (above) Broadway's Nick Adams and Dave August, Reality's Will Wikle and Reichen Lehmkuhl and Mario Cantone were a few of the celebrities who took part.

I ended the feature in 2012 for a couple of reasons, the main being that my favorite questionnaire had now become a part of almost every interview that I conducted. I found it a great way to get some great quotes and info for the stories I was writing. The second reason I stopped had to do with a few of celebrities I had asked. I was trying to include a woman in the mix and reached out to 3, all of whom replied enthusiastically with a yes. One, a comedian, never got back to me after her yes. One, a singer, wrote back many times with excuses about not getting back to me. The third, a 90's sit-com star, sent the first three answers back, saying the rest to follow, then blocked my e-mail so they all came flooding back. I was more disappointed than bothered, but would have preferred to have gotten no response, or a flat no, than the instant 'yes', without any follow-up.
at October 16, 2016

Email ThisBlogThis!Share to TwitterShare to FacebookShare to Pinterest
Labels: Ten