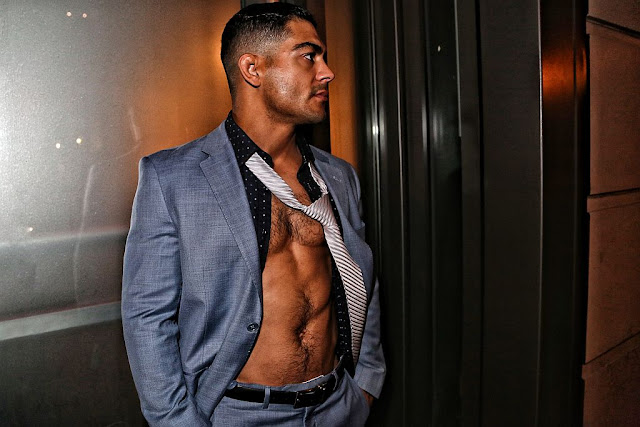 'I moved into Hell’s Kitchen in January of 1990, a month after I came out .and have lived here ever since. It’s a fascinating, famous and infamous Manhattan neighborhood with a long history of crime gangs, superheroes and underground nightlife. Today Hell's Kitchen is known for its gay bars and clubs, diverse restaurant culture, gentrification, beautiful waterfront parks, rooftop culture and my street nudes of beautiful men.' 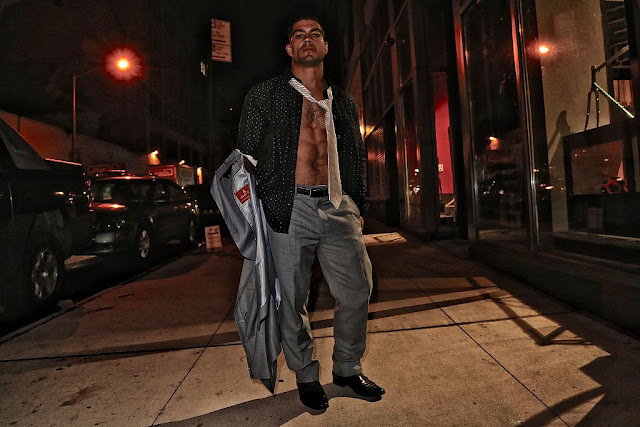 The quote above symbolizes Richard Rothstein's passion not just for his art, and the models that he shoots, but also his passion for the city that makes up his studio, New York. Every one of Richard's images is an artistic celebration of the male form and the site and the sounds of New York. Many shots cover the city we all know, the city we see in movies and on TV. Many shots cover parts of the city seen by few who don't dwell there, parts arguably, vastly more visually fascinating. 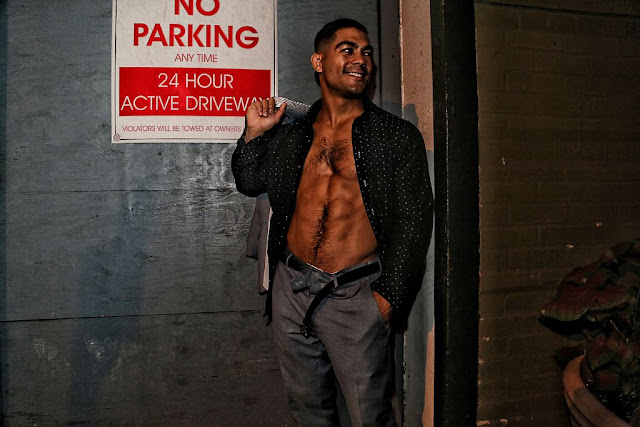 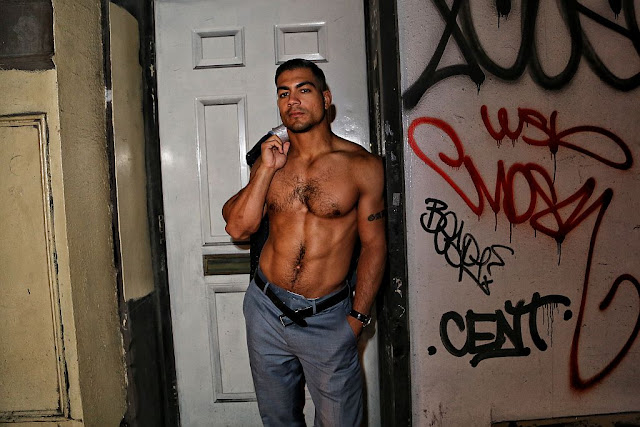 'I’ve done many shoots with Gabe over the past several years. I’ve adored working him. Gabe was a marine stationed in Iraq and whenever he was home on leave, we would do a shoot. For him, it was a great way to blow off steam and relax. He’s not a model but we met and became friends about 7 or 8 years ago, introduced by a mutual friend who was also a marine.' 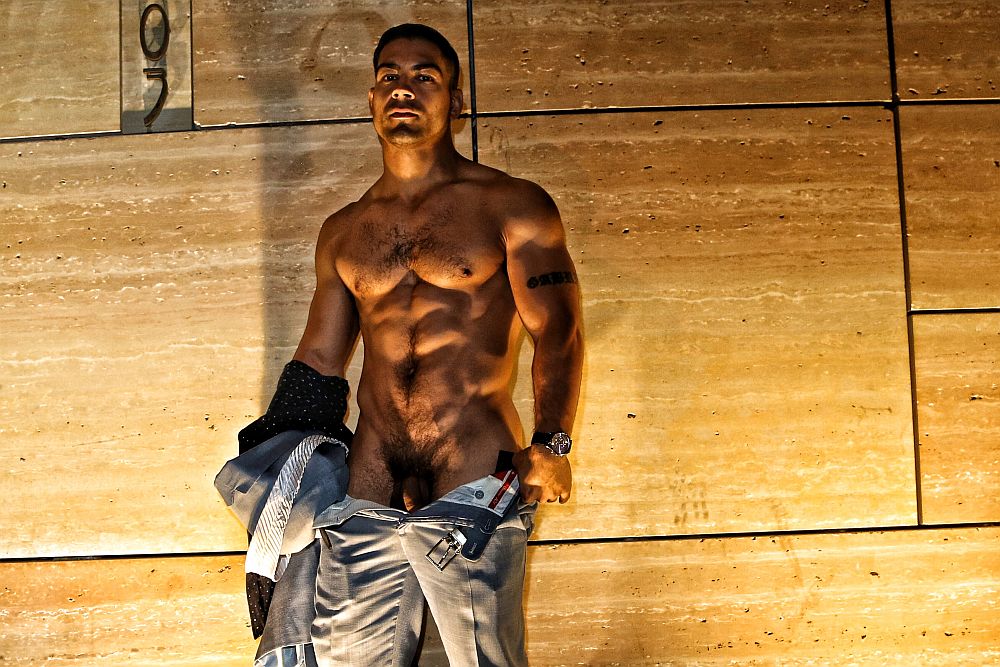 'On this particular shoot, Gabe had to go on a job interview later that morning and needed to wear his suit so we decided to stay in my neighborhood, Hell’s Kitchen and just work the pre-dawn streets and the suit, end with breakfast and then send him on his way for the job interview. Along the way we were approached by a couple of cops—just as Gabe was dropping his pants on a piece of heavy equipment...' 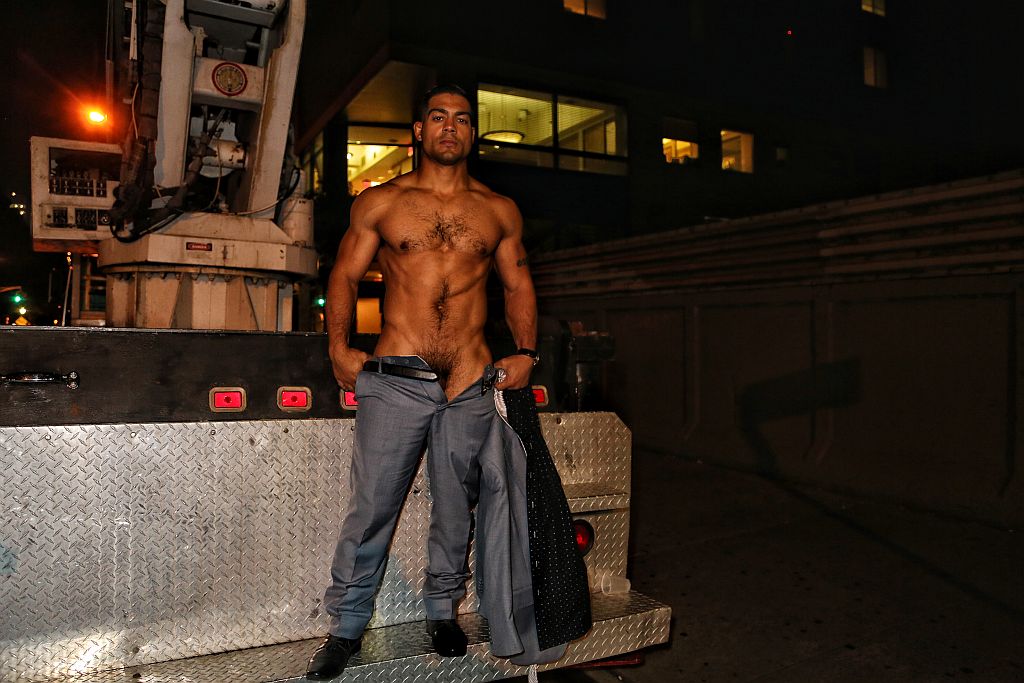 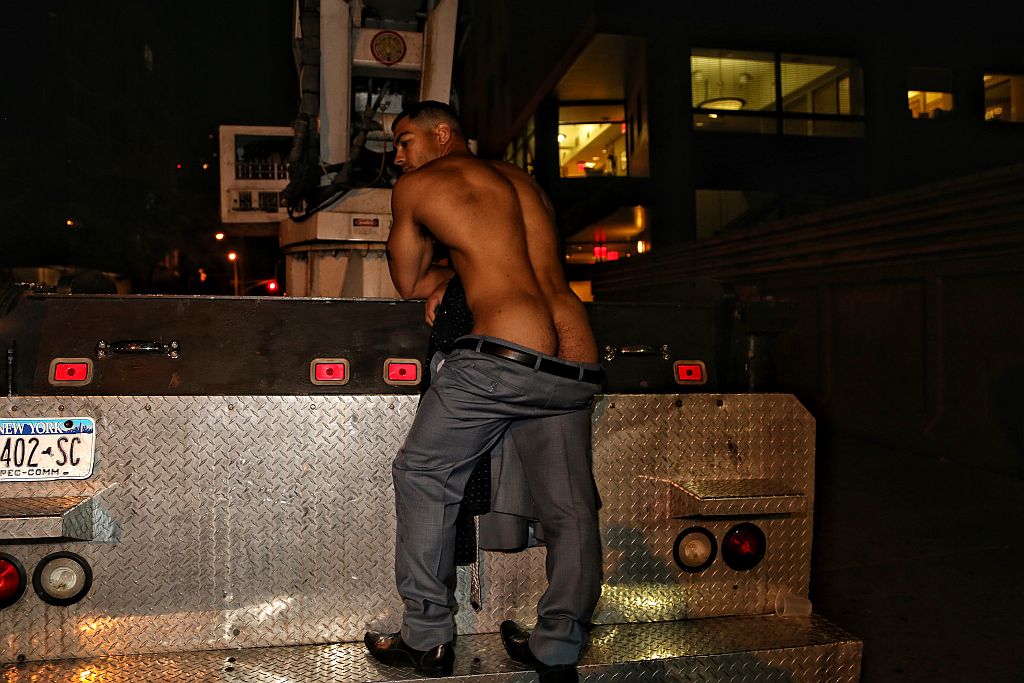 'As it turned out someone had spotted him posing naked against a bakery window (we couldn’t resist the warm buns joke) and called the cops. Joke on the snitch. When Gabe identified himself as a United States Marine stationed in Afghanistan, the cops saluted him and thanked him for his service. For the next thirty minutes, the officers accompanied us to make sure we weren’t disturbed again. Yes, I did try to get the NYPD to participate and even go shirtless, but they “were on duty.” Suffice it to say that fantasy with Gabe and the two NYPD officers played out in my “dreams" for a very long time. Street photography, especially nudes, very often delivers wonderful adventures along with the art.' 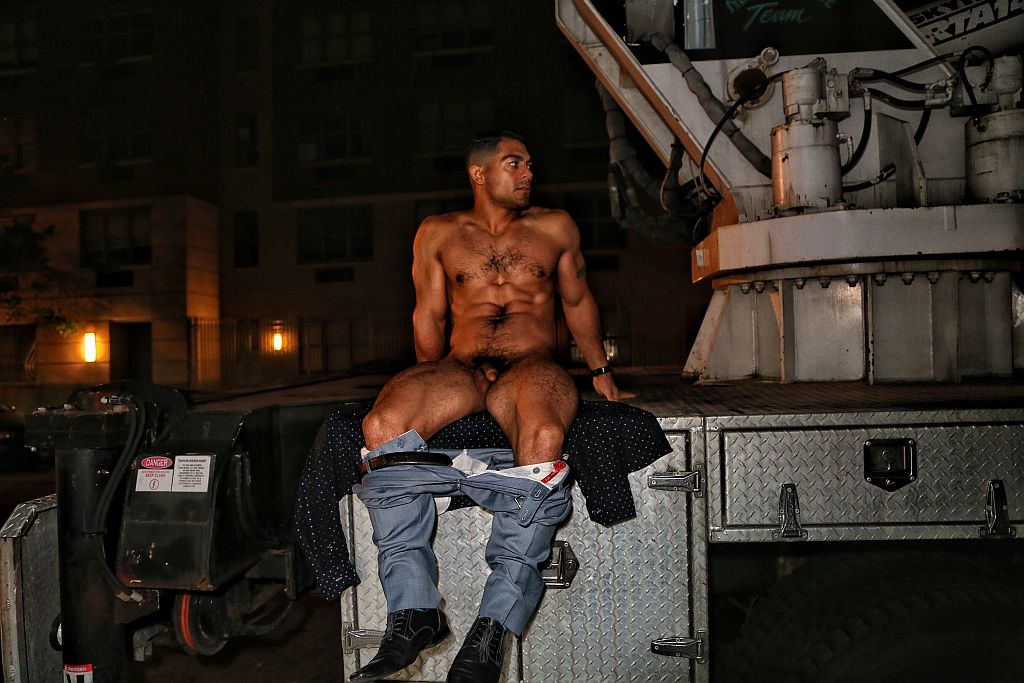 Check out more of Richard's wonderful adventures by checking out his Quarternate post HERE: 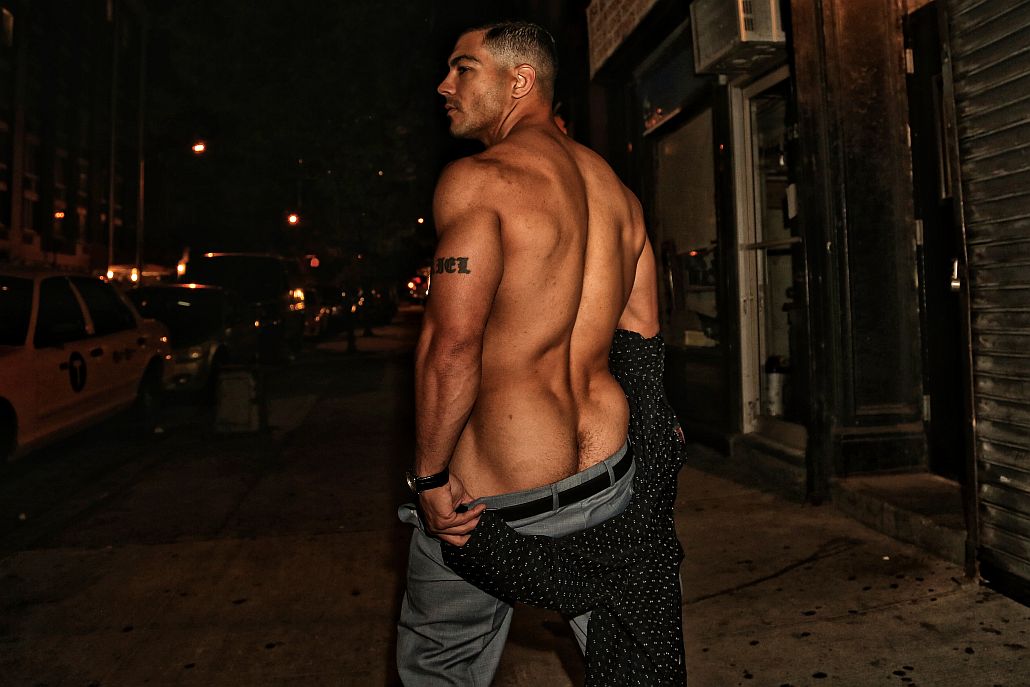 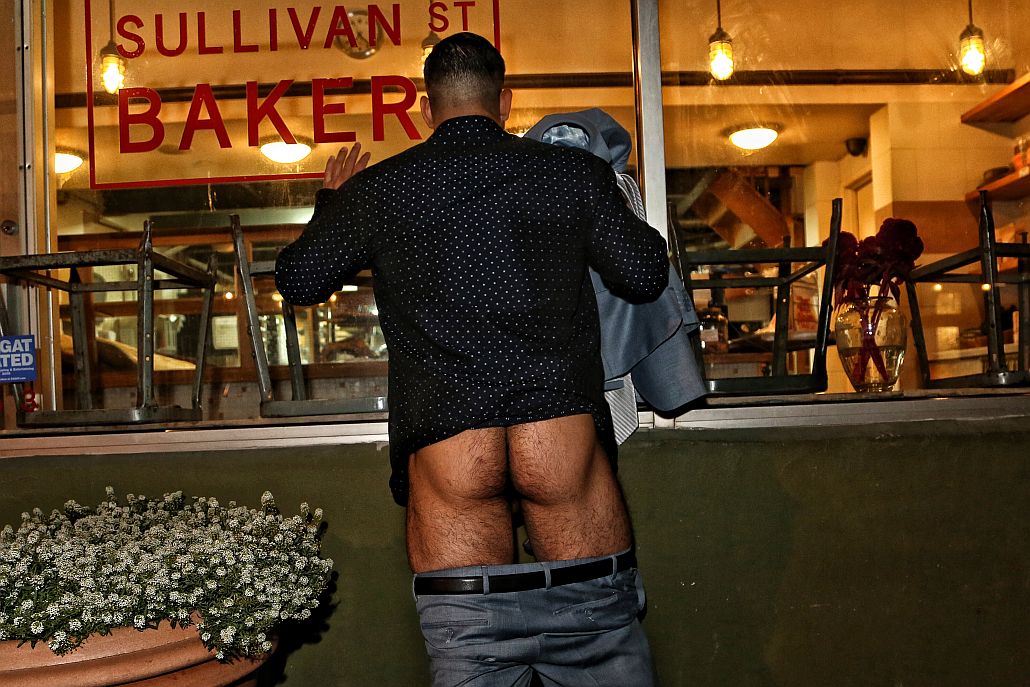 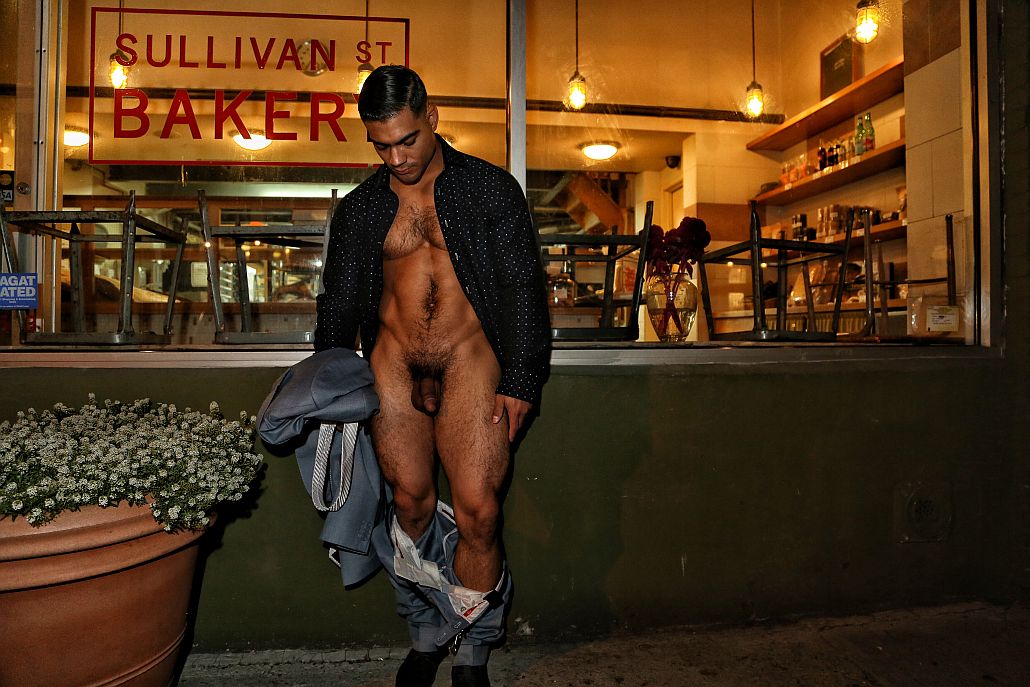 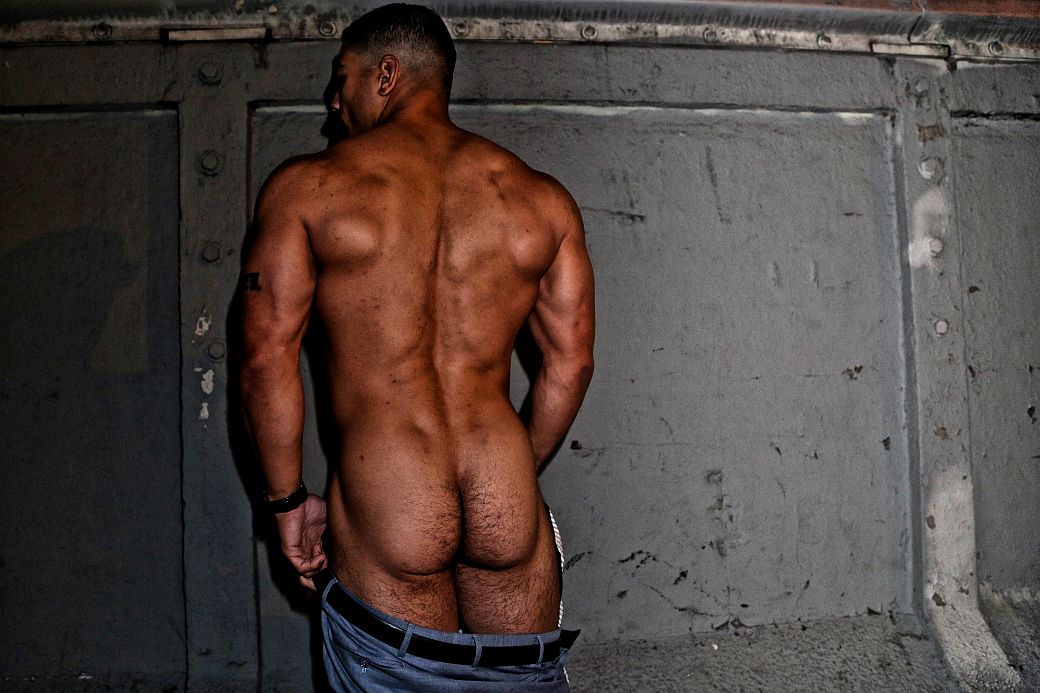 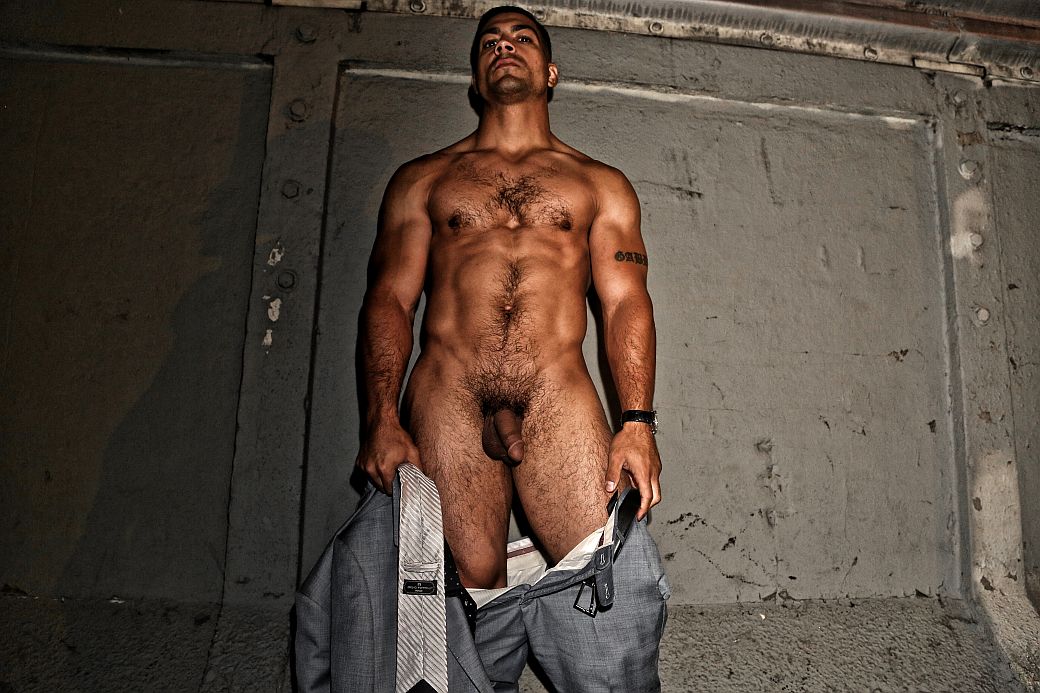 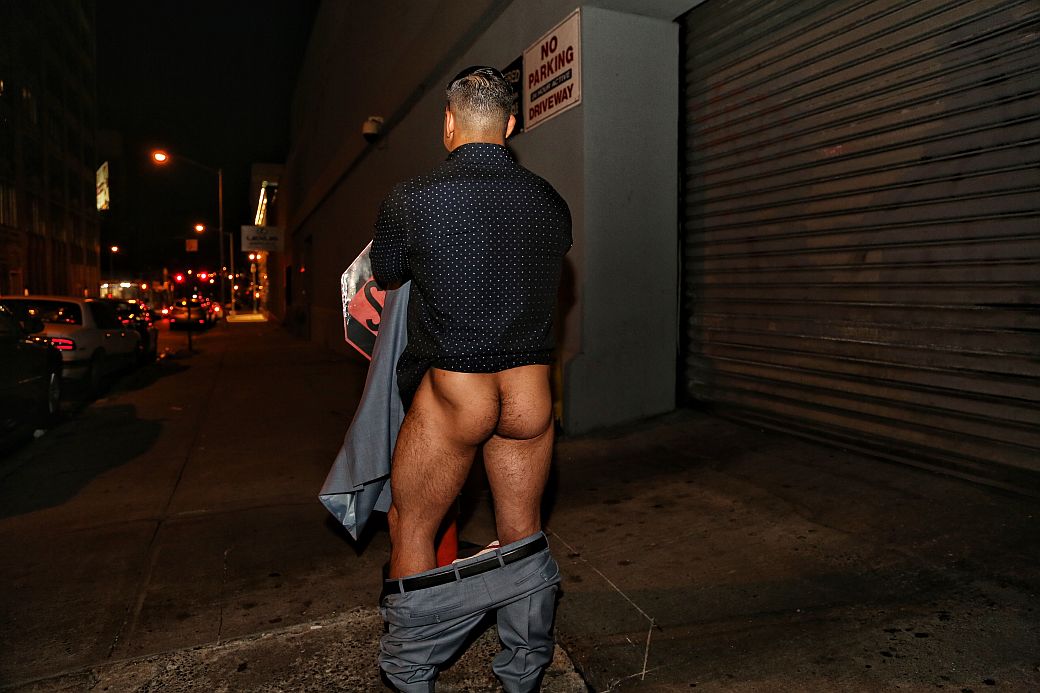 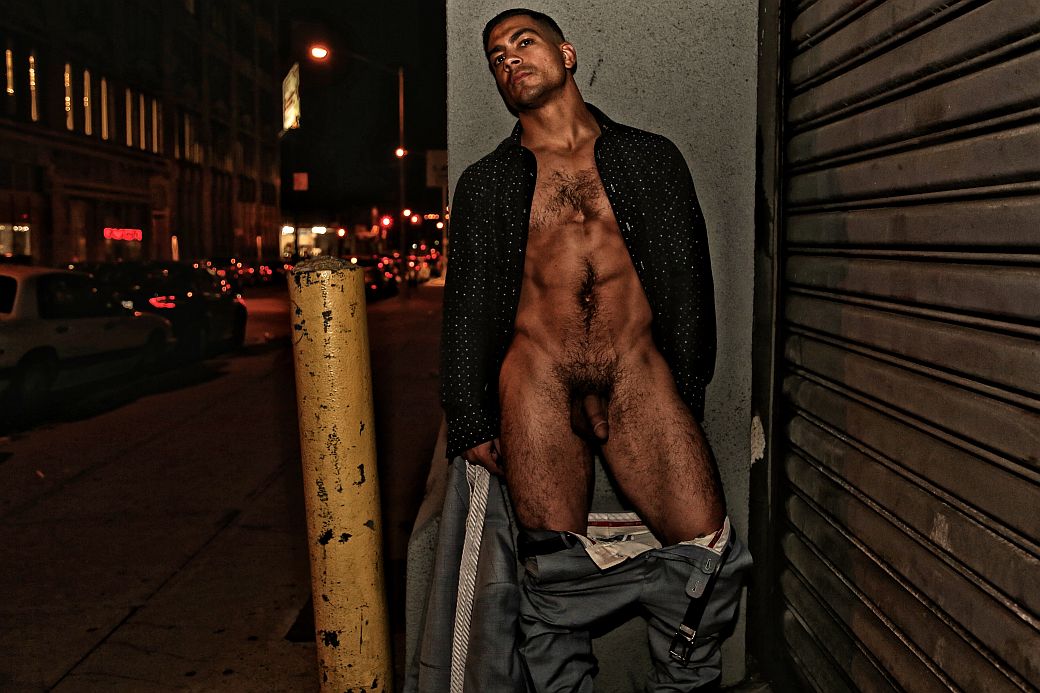