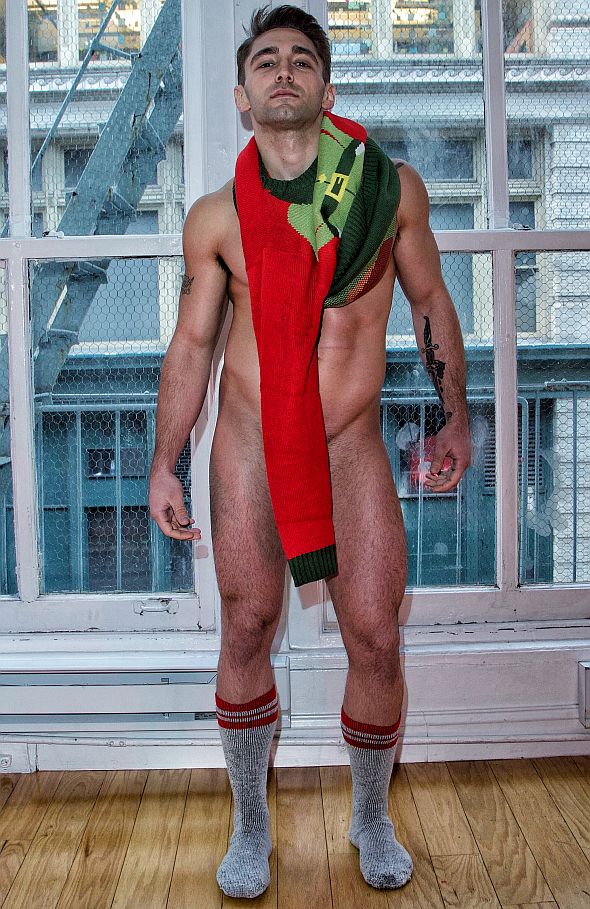 'If eyes are the windows to the soul; then shop windows are just as revealing. They reveal the soul of the shop.' 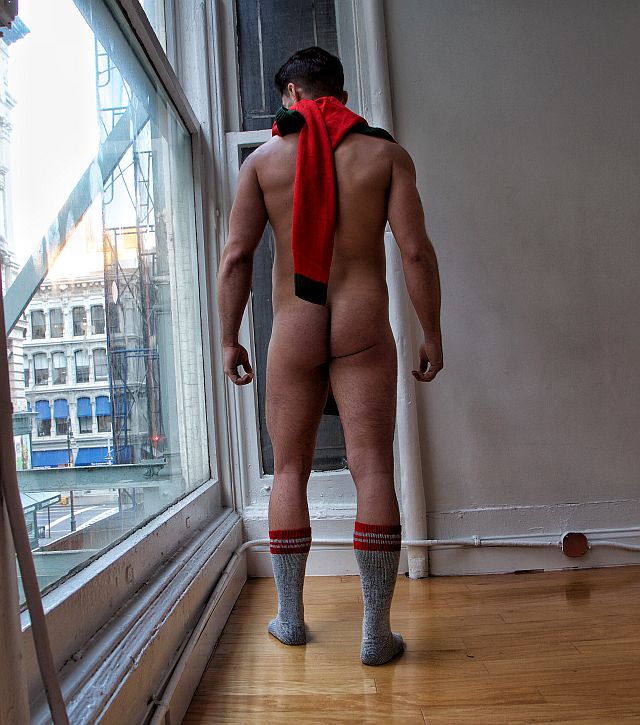 I have visited New York many times over the years. With all my trips however, early November was the closest I came to being there at Christmas. I have dreamed of replicating many of the holiday scenes I have memorized from films. Walking the streets at Christmas, a light snow coming down of course, and enjoying the holiday window displays. I think that's one of the reasons that I'm so drawn to Richard Rothstein's images. 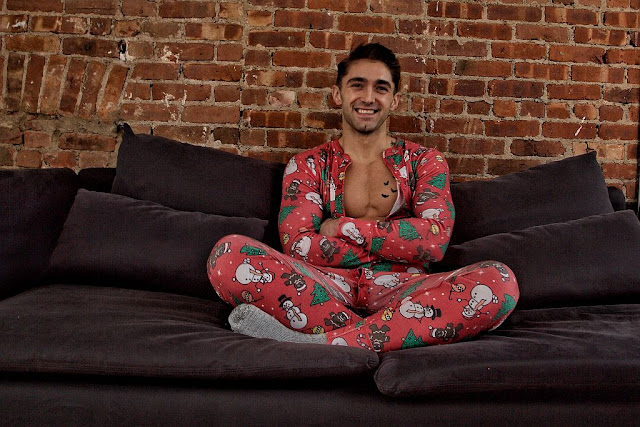 Almost every photo of Richard's I have posted features a model beautifully interacting with the city of New York. Places many of us know, but also locations, roof tops, alley ways, side streets and neighborhood that most tourists don't ever notice or ever get to see. They are corners of city that only those passionate about the their surroundings, understand and appreciate. They are also both the location, and the inspiration for so much of Richard's work. 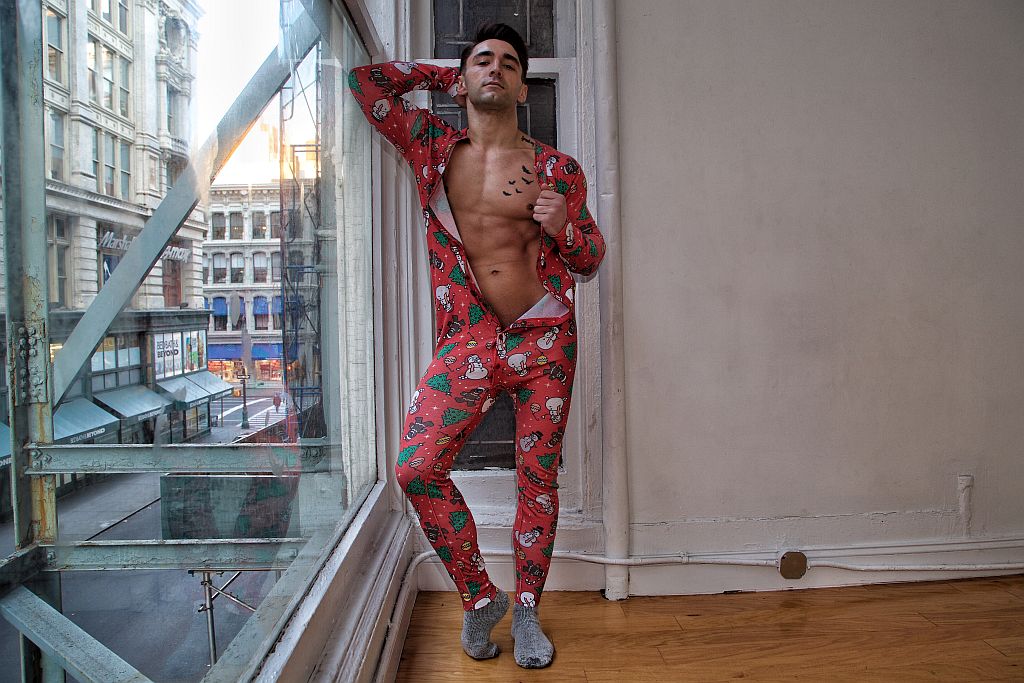 i love the quote I used at the start of this piece. But given Templar is a retail consultant, her focus is more on the 'sale' than the 'male'. When it comes to art, the soul reveal is always about the artist and image creator. Richard's soul and passion is always beautifully on display in his work. Both is passion for the city, and the many men he explores, and captures within it. 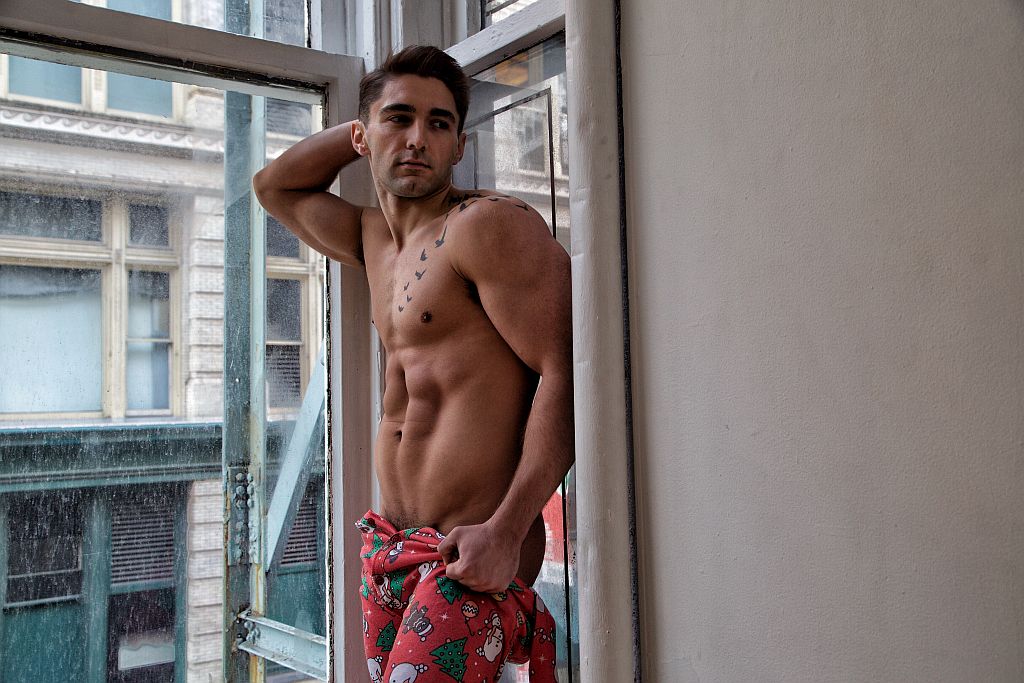 When Richard sent on his of the ultra hot Tony Ferrari earlier in the month, I felt as though he gifted me with December in New York. I featured the first set just before Christmas, with Tony wrapped in lights in front of the windows. (HERE:) In this series of shots, Tony is again in front of those windows, getting comfy in his Christmas onesie, a new holiday sweater and course his, his wool socks. 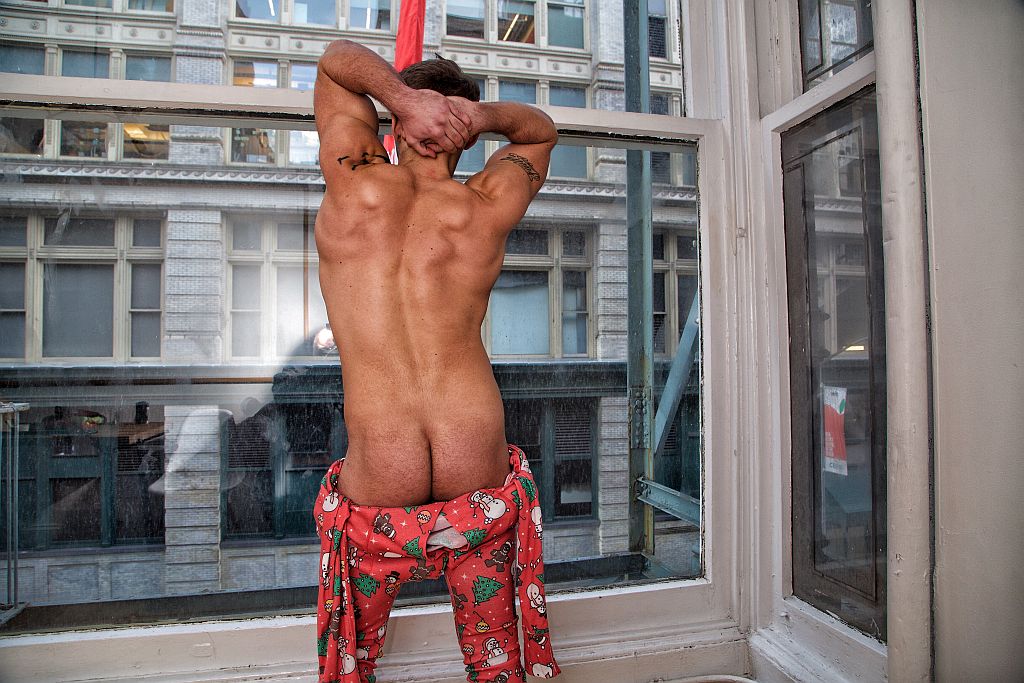 Richard's images of Tony beautifully illustrate both the artistry and soul of the man behind the lens. Unlike however, the window display's at Macy's, Barneys and Bloomingdale's, Richard's windows are not ones you can simply enjoy briefly as you pass by. They require a prolonged stop, and draw you back to revisit, again and again. 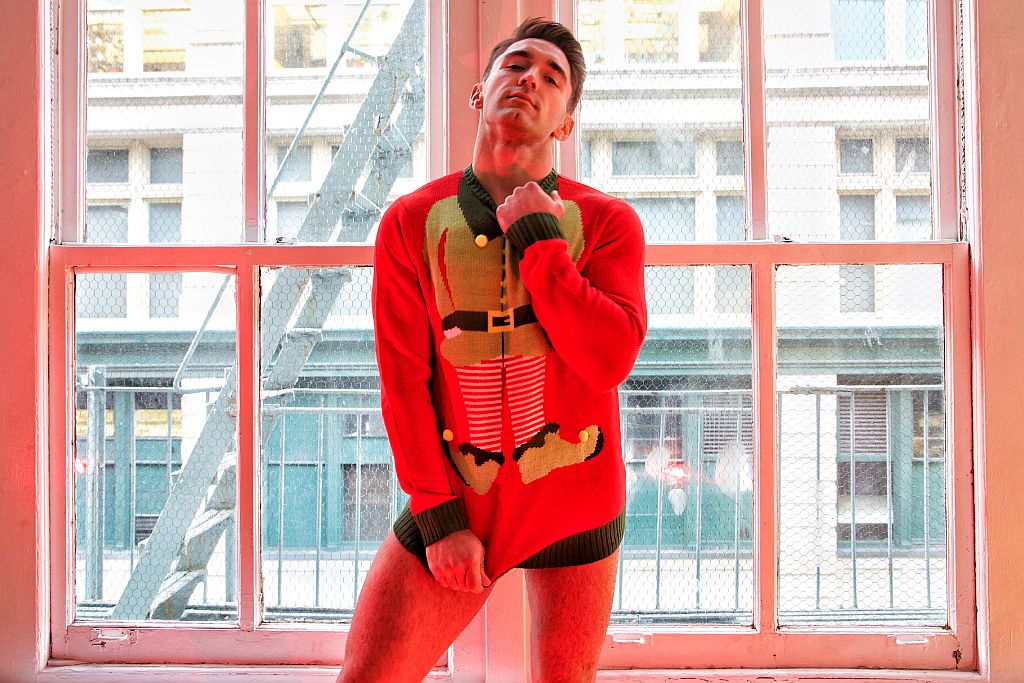 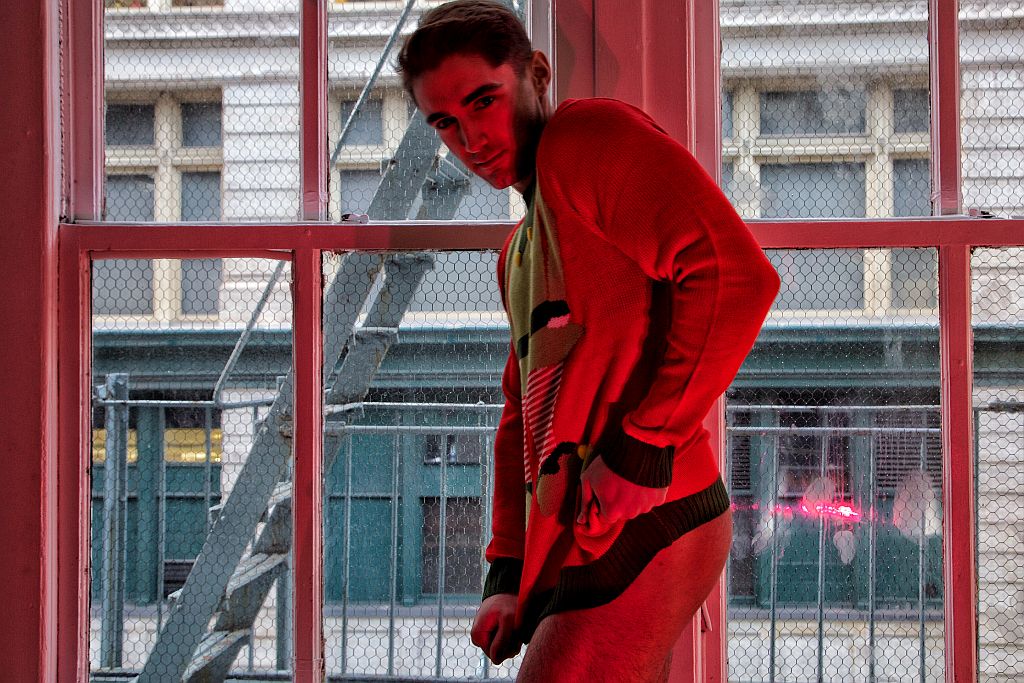 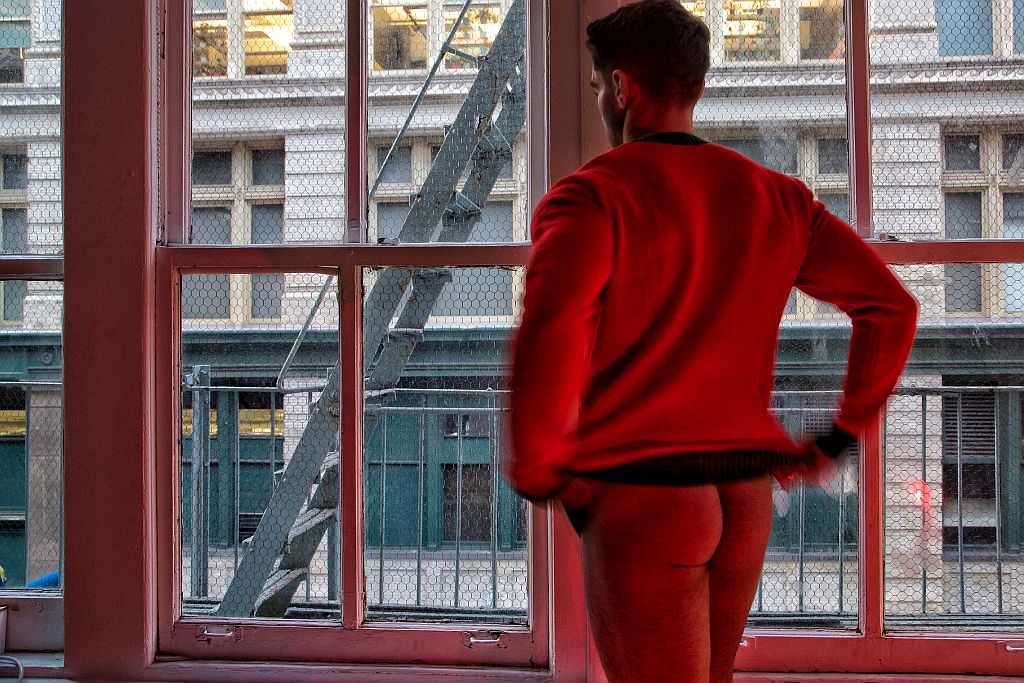 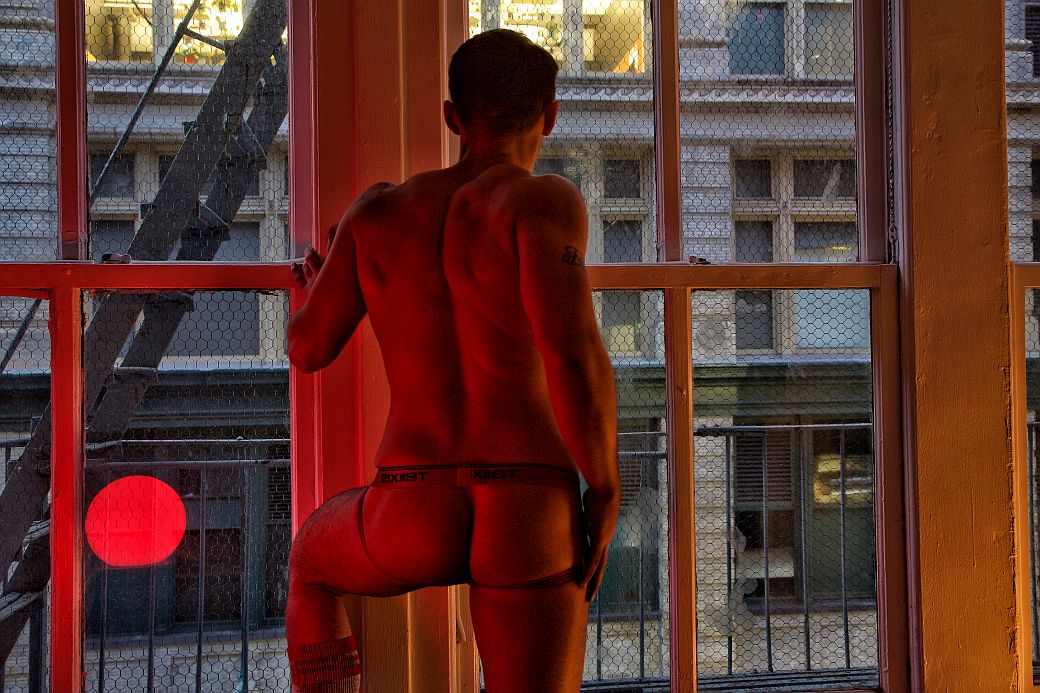