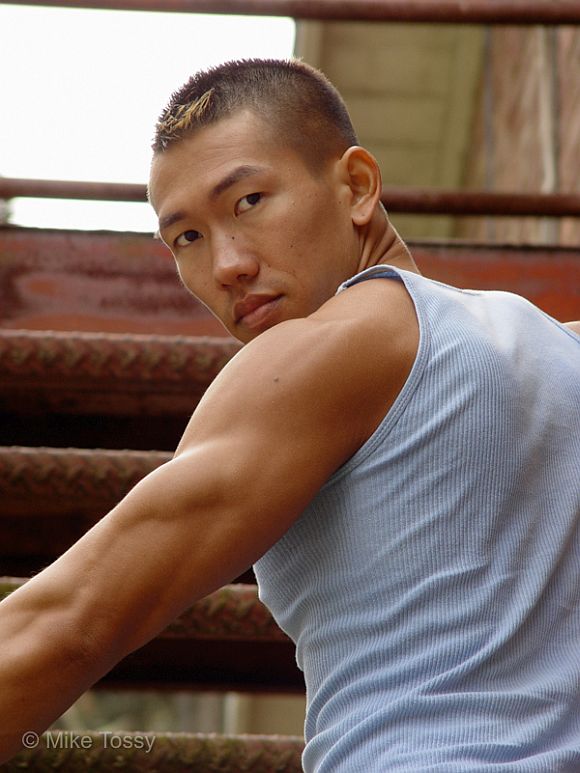 I always thought that my favorite color was blue. My comforter is blue, my kitchen is blue, most of my favorite shirts are blue. I even had dark navy blue wallpaper in my bedroom for a time, until a frequent bedroom visitor complained it felt like a cave in there. That person isn't visiting anymore, but they left their mark, and the beautifully bland beige wallpaper they helped me hang over the 'cave blue'. 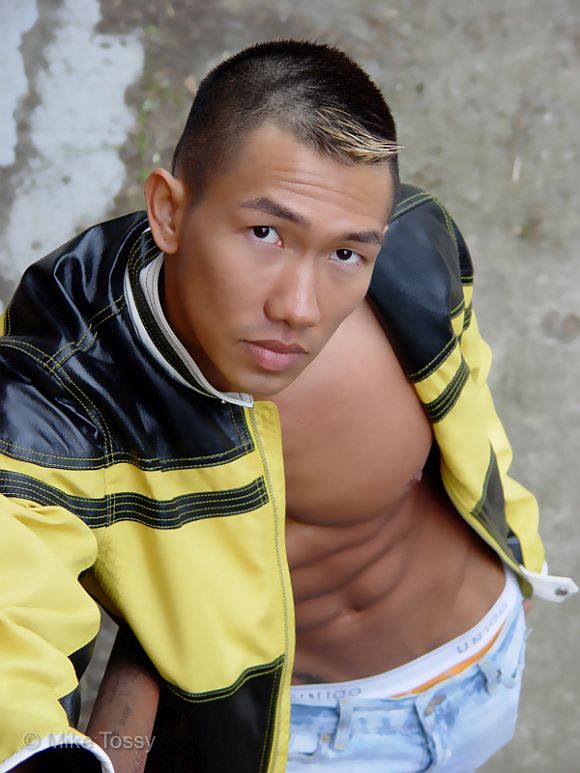 Green seems to have become my desired color these days. I didn't really realize it until recently when certain shades, in certain photos, on certain bodies, really grabbed my attention. I remember being in love with how hot Scott looked in and out of his green t-shirt in a recent piece featuring his images from Gordon Nebeker. The color green also drew my attention after Mike Tossy sent on shots that he had take of Jeff when the Hawaii based model was living in San Francisco. 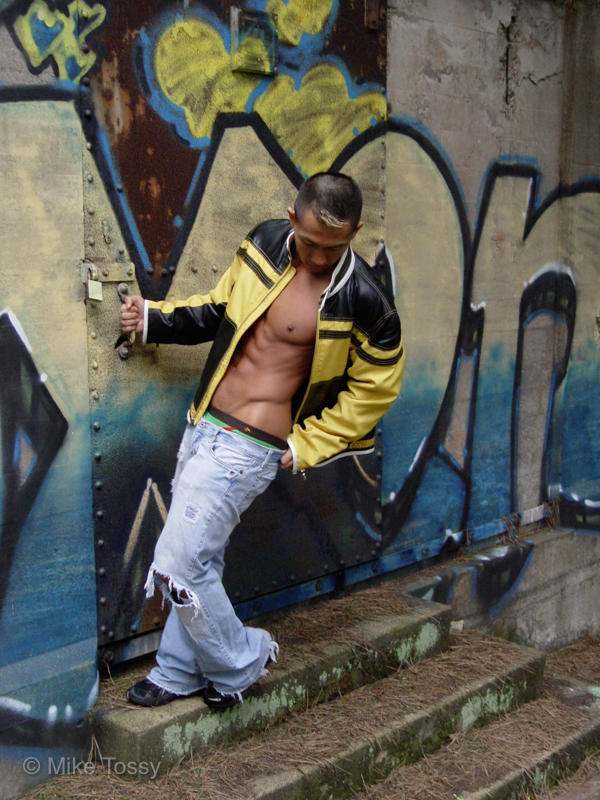 The green this time wasn't a t-shirt, but the color of a great pair of undies hugging Jeff's waist while beautifully complimenting the body parts beneath them. When I mentioned the green to Mike, he made sure to send me on a few more shots of Jeff wearing the butt bolstering briefs. Jeff was working as a Go-Go boy at the time, and was obviously working hard to ensure all of his ass attire was always pleasing to the eye. 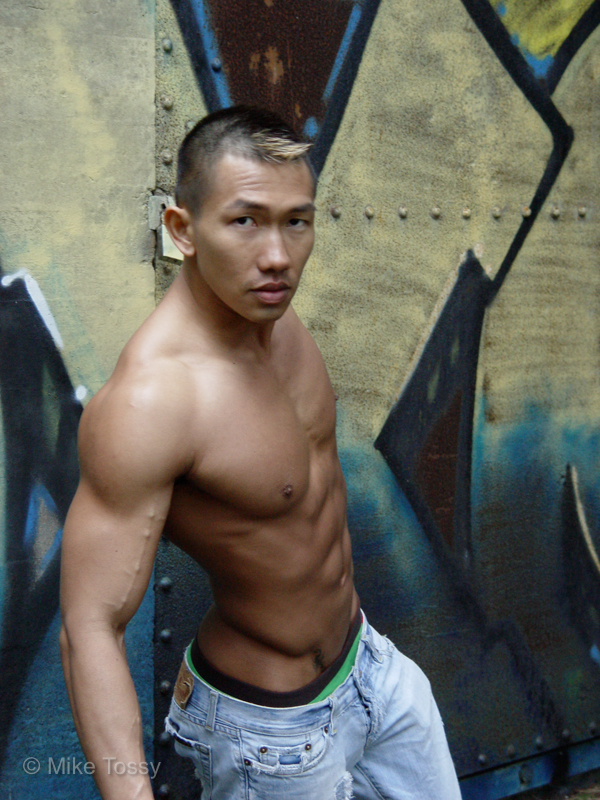 Jeff's entire body is pleasing to view. Form his strong face and big beautifully expressive eyes, his chest and impressive abs and back down to the waist band of those undies. I think one of the reasons I loved the Jeff's green, just wasn't because of what they were holding, but also how beautifully the color contrasts with Jeff's skin. Admittedly, part of me would have liked to have seen those undies down a little lower, or off on the floor, but if they were, I am not sure I have been so gripped by the green. 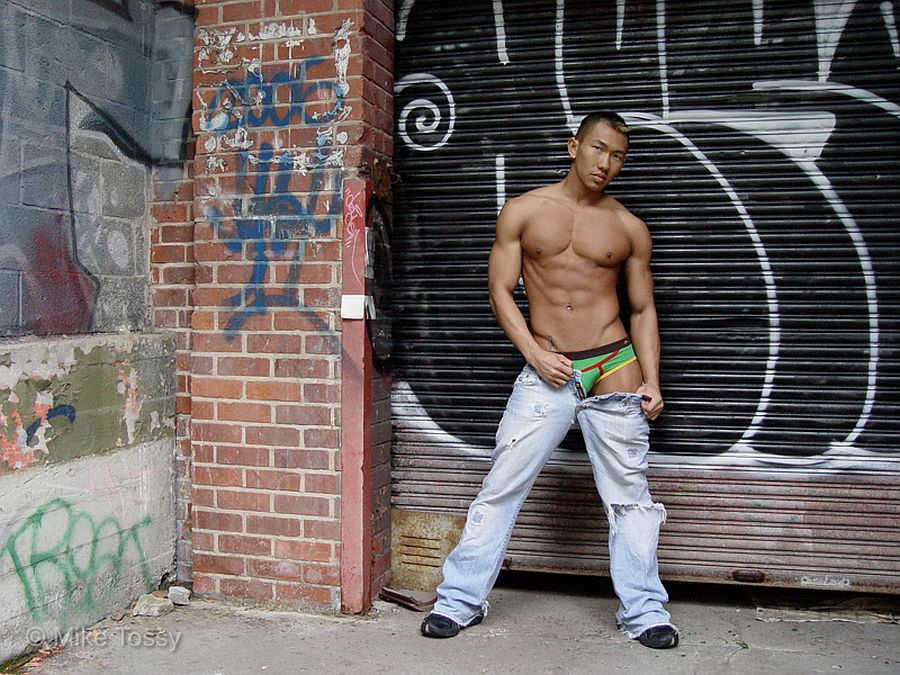 Although Mike's images of Jeff were shot fairly recently, given my 2017 theme, I had to ask Mike about his first time shooting a model in the altogether. Unfortunately it was a while ago, and Mike doesn't have a model release, but that didn't stop him from releasing a few of the details. The models name was David, and Mike was still shooting with film at the time. The shots were black and whites and Mike decided he would develop the film himself. Although we don't get to see the results of his efforts, you can check out more of Mike's work, both old and new, in the Quaternate poste below. 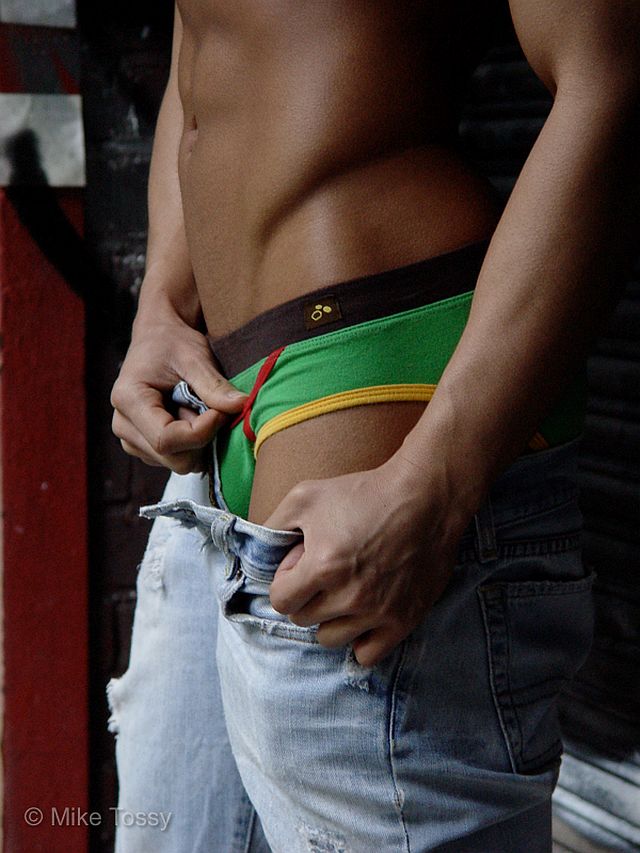 'I didn't do a very good job mixing the chemicals and the images were unevenly developed, which gave the images a sort of ghostly quality that I liked. Gotta love lucky mistakes! I also remember trying to repeat all the coaching words photographers had told me over the years when I was modeling. "Good, now just with eyes, look at the camera." and "Arch your back just a bit more." Stuff like that; today, I still use them even after all these years.' 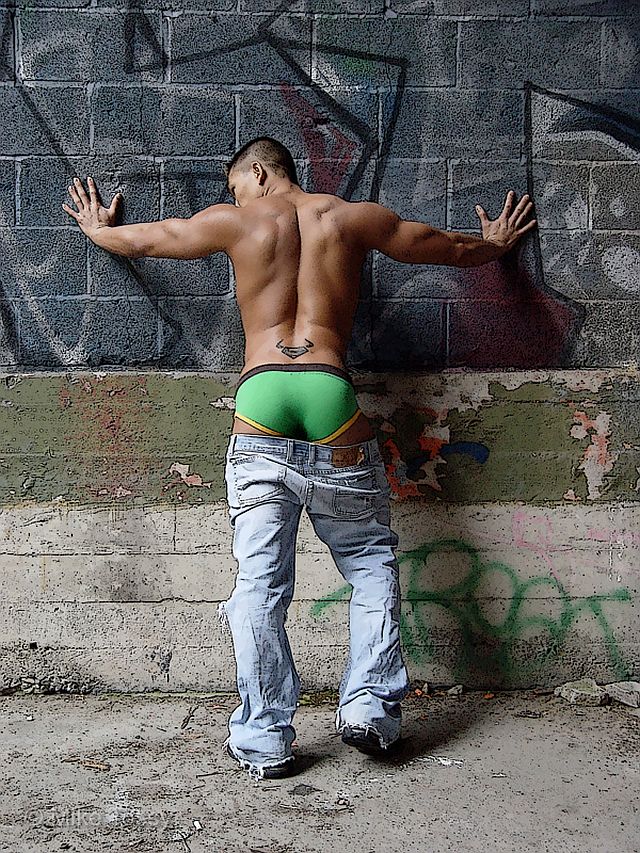 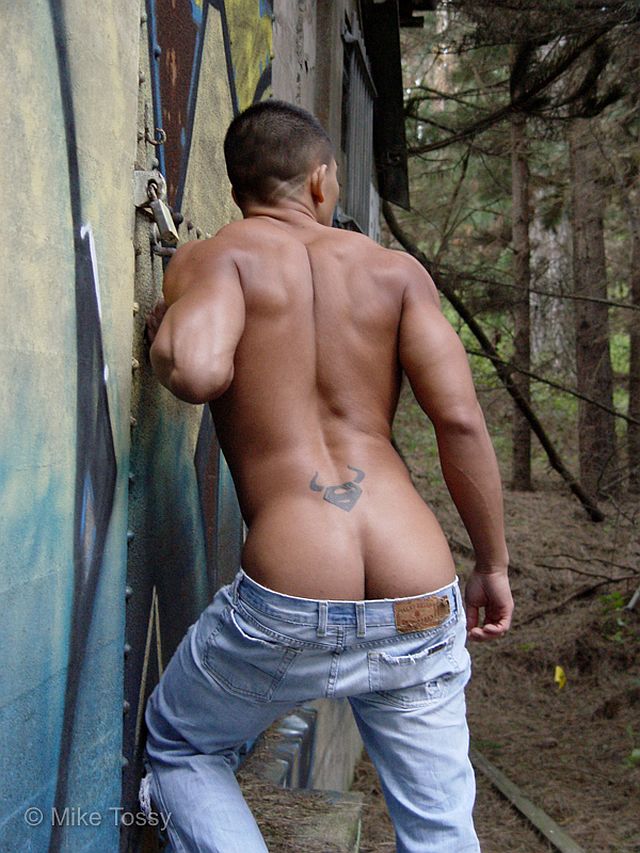