Edge of the Platform: Nick & John by Richard Rothstein 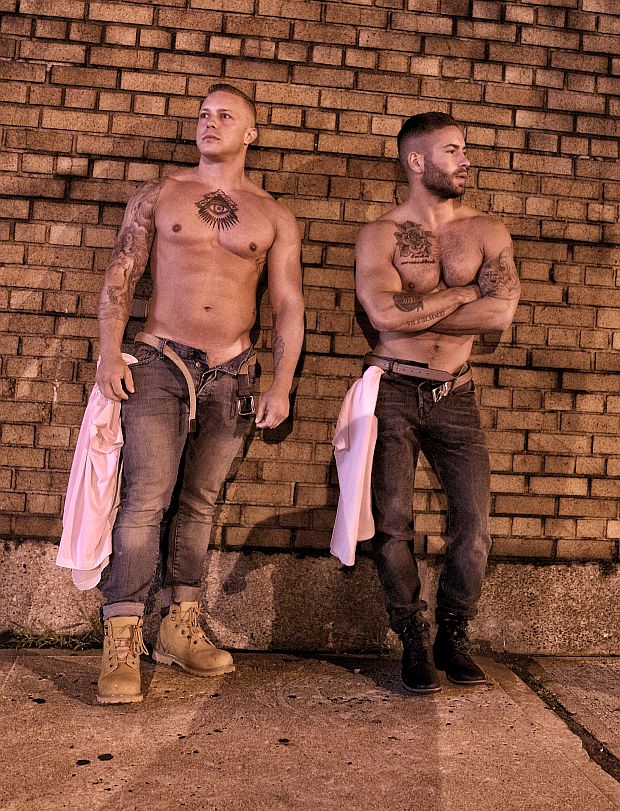 'If you see a suspicious package or activity on the platform or train, do not keep it to yourself. Tell a Police Officer or an MTA employee.' 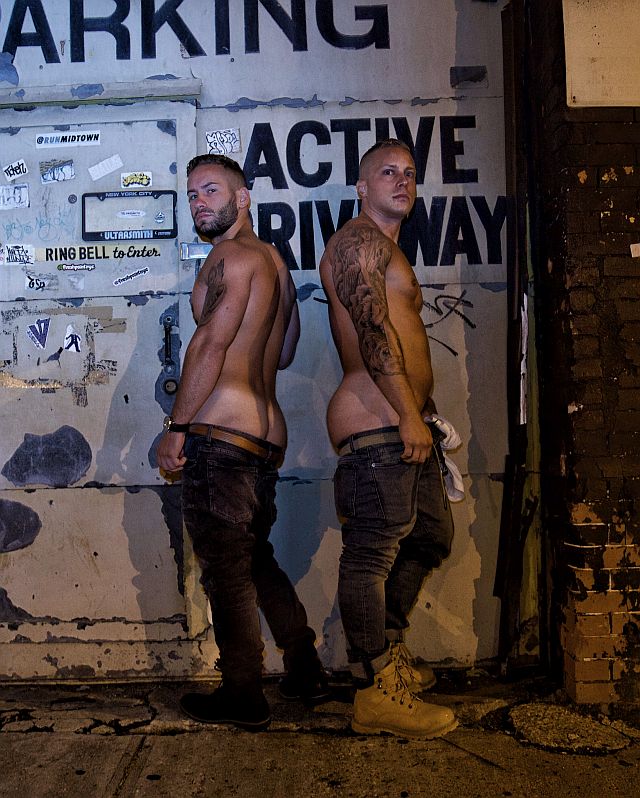 I am not sure Nick and John's packages would be considered suspicious... but I am positive that anyone who got a glimpse or a gander, would be busting to share, and would have a hard time keeping it to themselves. 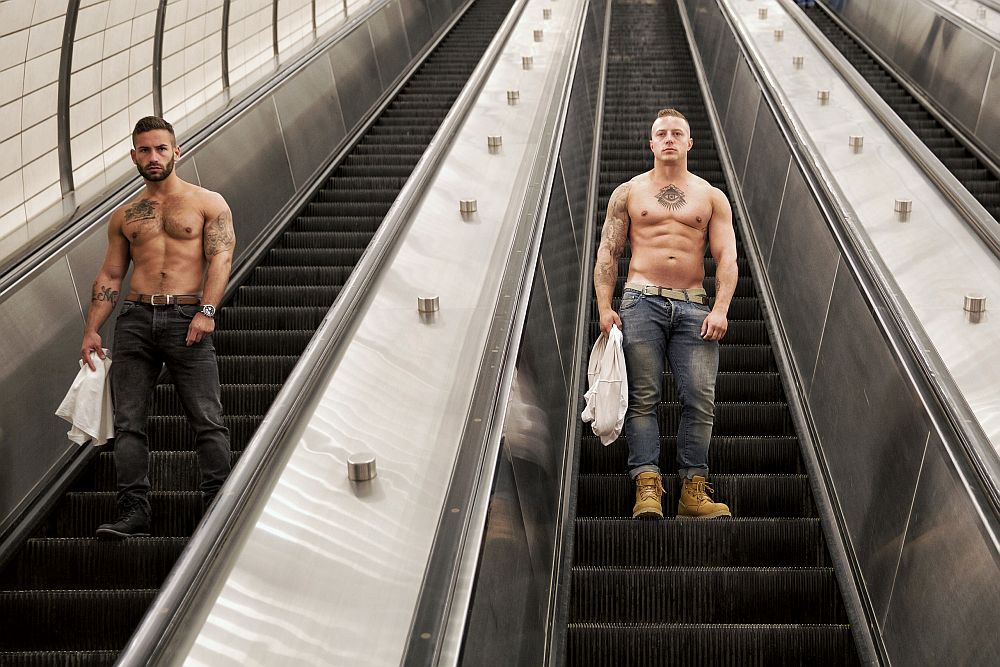 I know many of you remember Nick from his appearances on FH. New York photographer and aficionado  Richard Rothstein captured Nick running, jumping and swinging along the Hudson this past August. (Nick's Riverside Run | Swing along the Hudson) I could tell from the post counts that I was not the only one enamored with Richard's work with Nick. 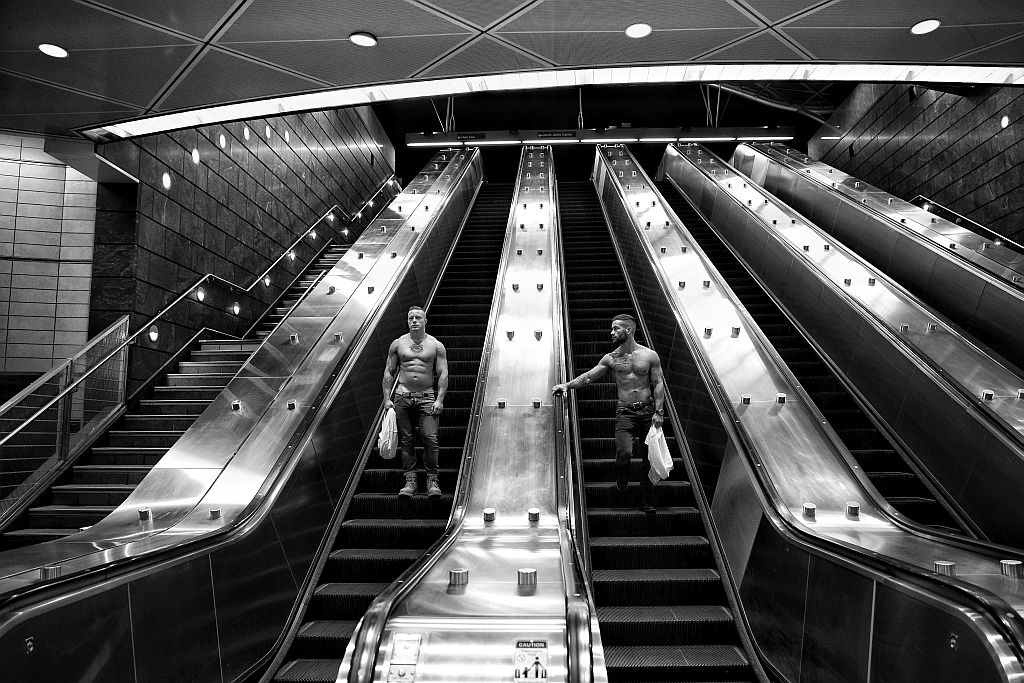 Following the athletic and energetic model around Manhattan must have been an exhausting task, as Nick was always on the move. Thankfully Richard mustered the stamina to head out one more time before the snow hit, and the cold temperatures would push shooting inside. As you can see from this series, Nick wasn't the only model for Richard to focus on during this shoot, as Nick brought along his friend John for a late night ride on the subway. 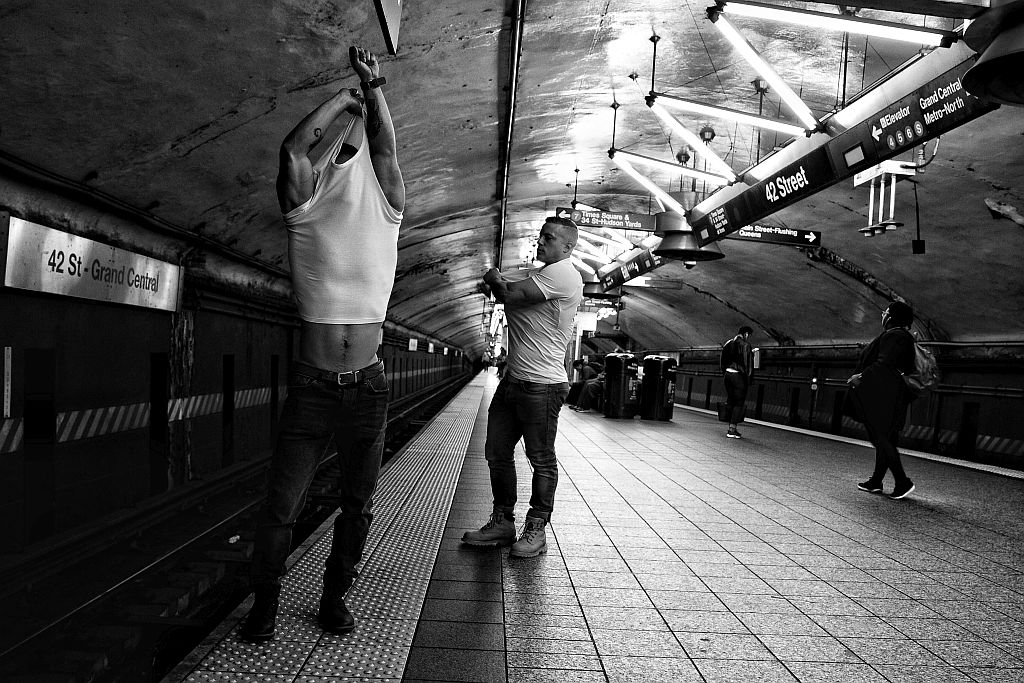 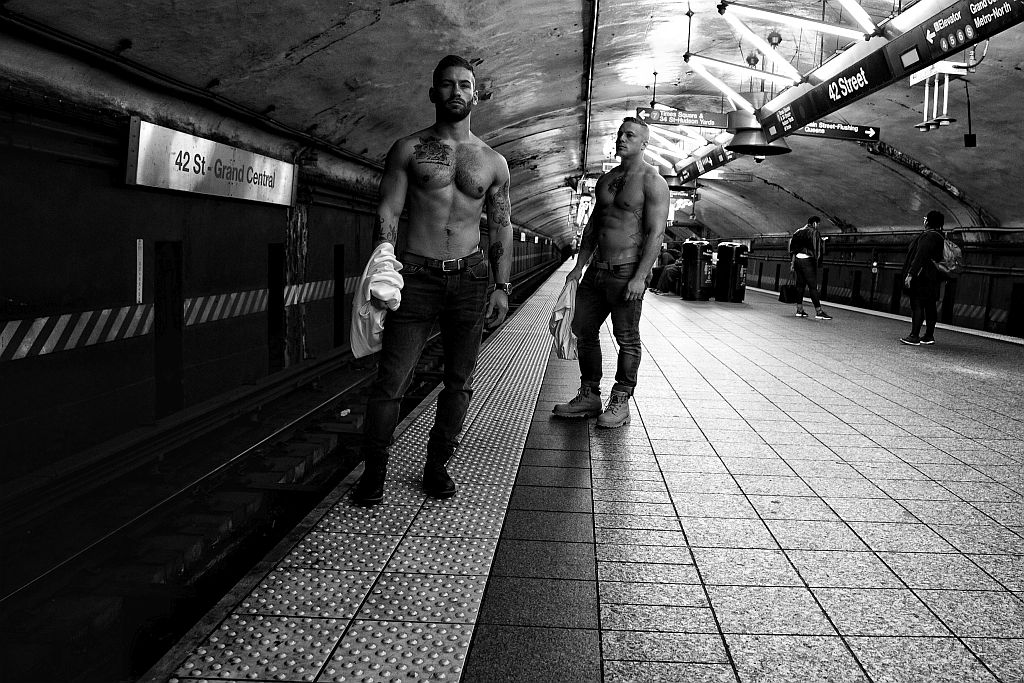 The New York subway is as much a symbol of the big apple as any building or location in the city. The tunnels and trains are full of lore, and hold countless stories, fables and mysteries of the undwerworld below. Like the natural lit world above, people move at dizzying speeds, heading down in one area of the city, only to pop up in another completely different location. In many ways the cars below capture a more accurate visual than those traveling above. 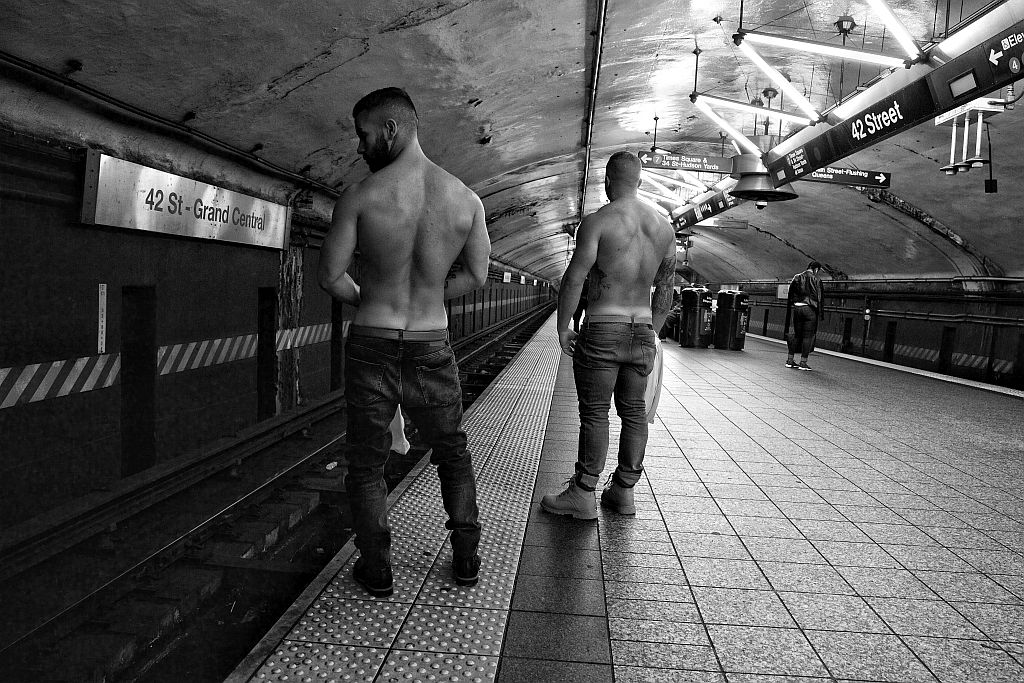 Every single day, you know hundreds of New Yorkers share subway stories with their family or friends at restaurants, bars, and at home over the dinner. I would love to hear some of the comments by those watching Richard shoot Nick and John on the subway or the platform at 42 St and Grand Central. 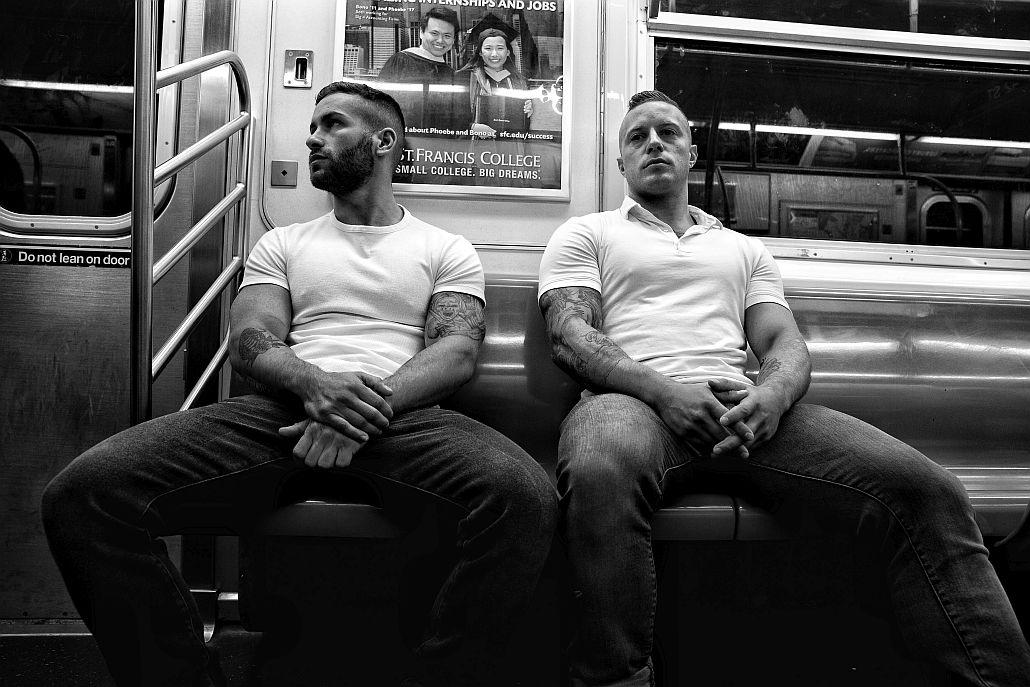 Even with their clothes on, Nick and John would turn heads. Although they started their ride with their white t's on, and jeans up and buckled, it wasn't long into their ride, the shirts came off and their jeans lowered. I didn't ask Richard if they had any passengers follow them out and up at their subway stop, but with a photographer and his camera accompanying the dynamic duo, I am sure some were curious where (and what) they were headed to next. 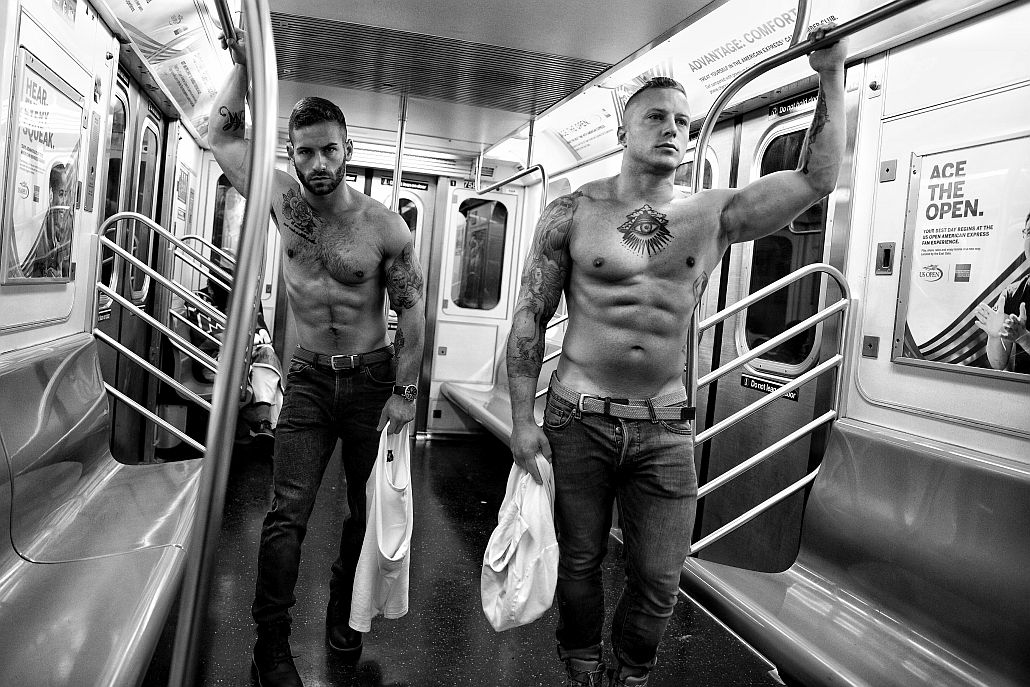 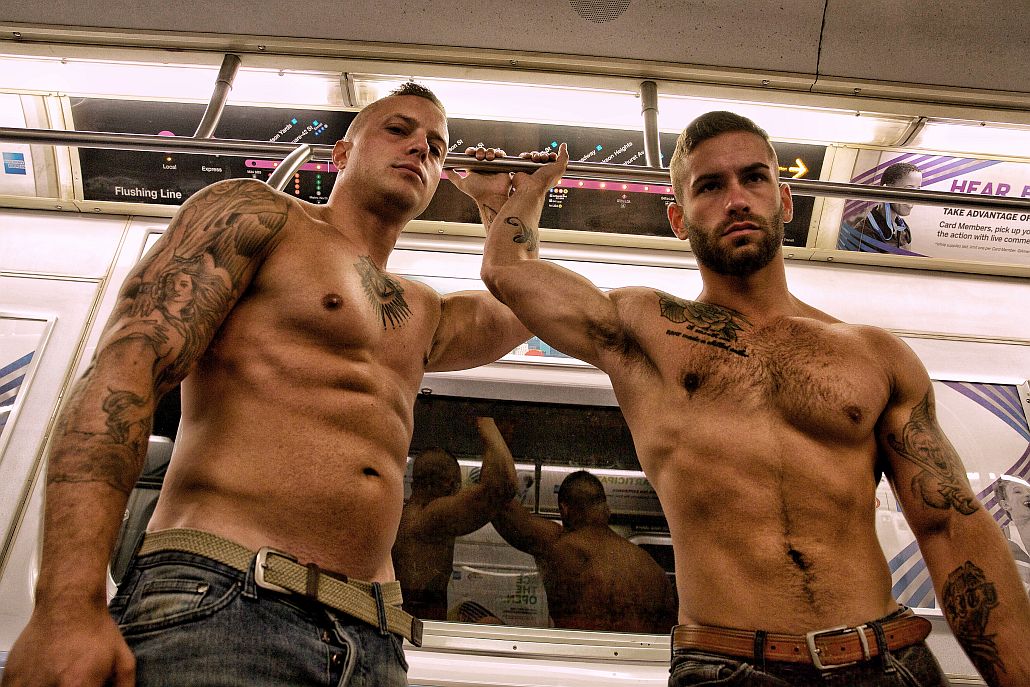 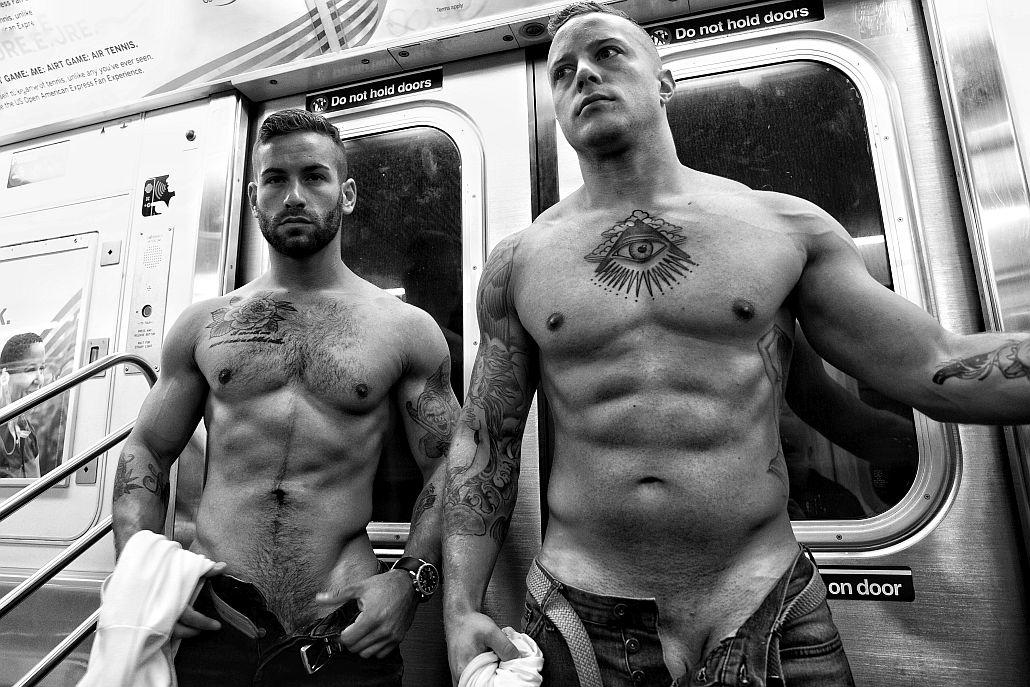 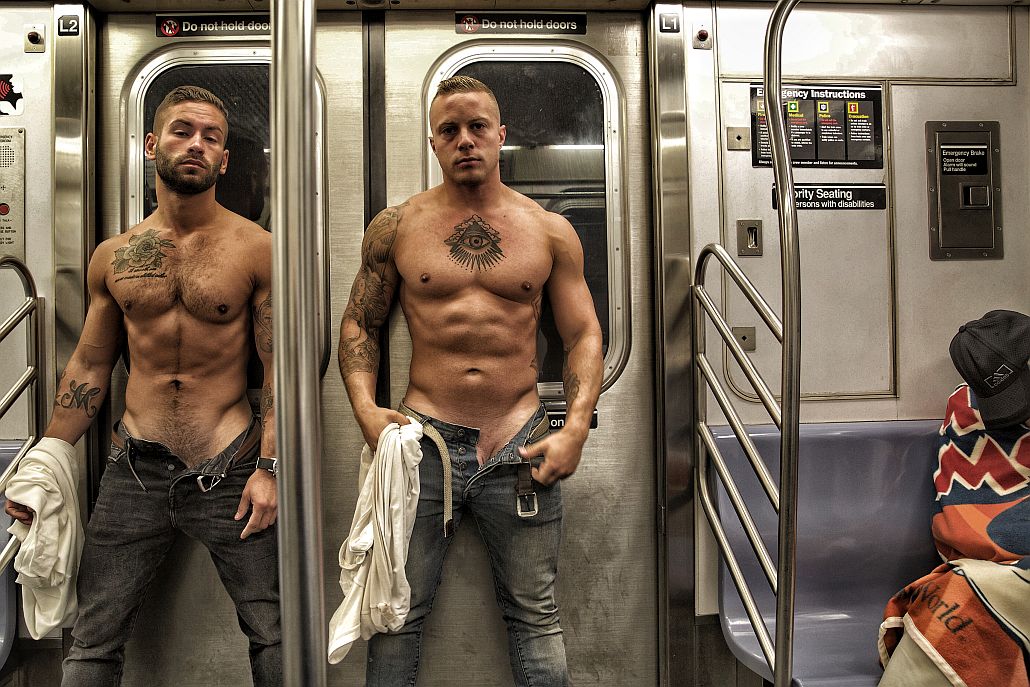 If any of their co-passengers in the subway car were wondering what Nick and John were up to after they ascended from the underworld to the city streets above, they need only to follow the the rest Richard's visual journey for the revealing conclusion of the subway story below. 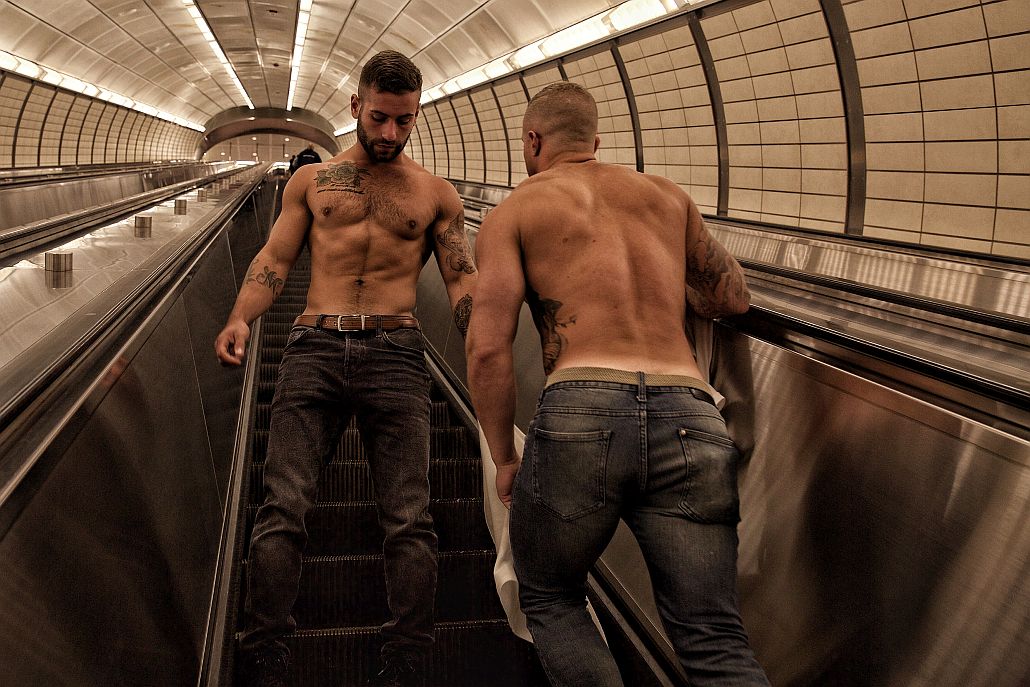 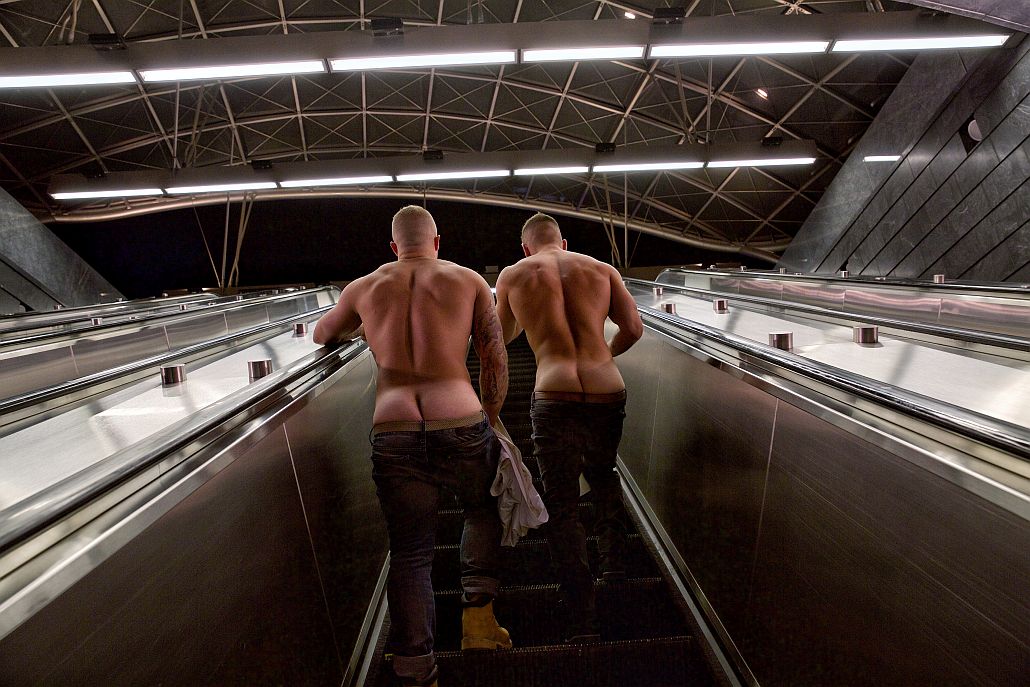 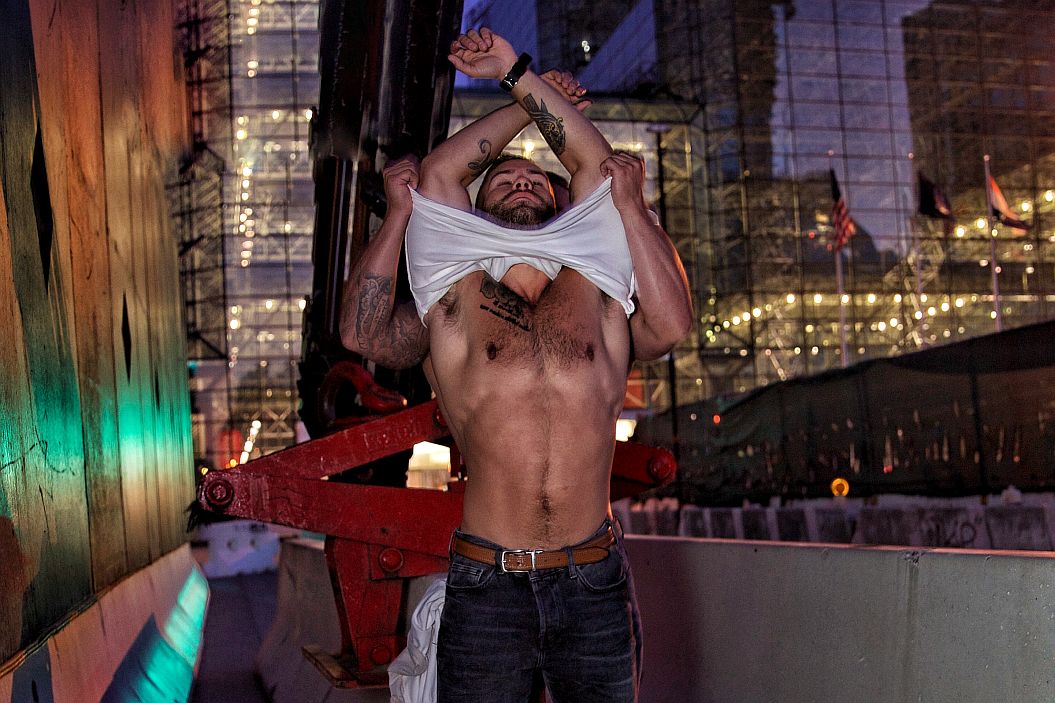 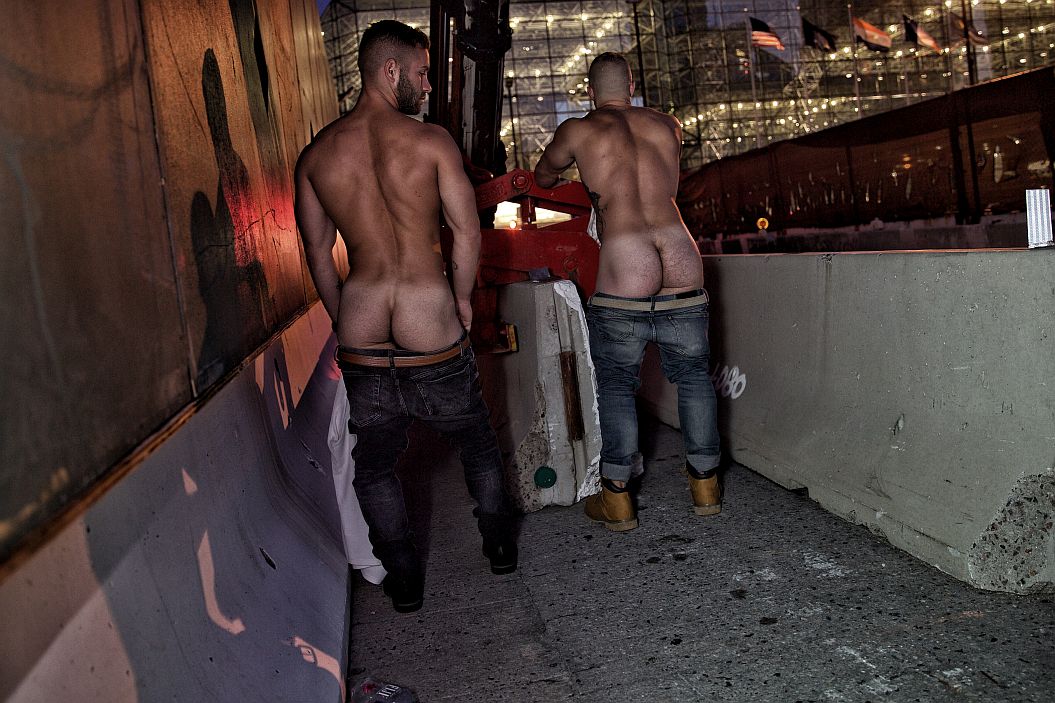 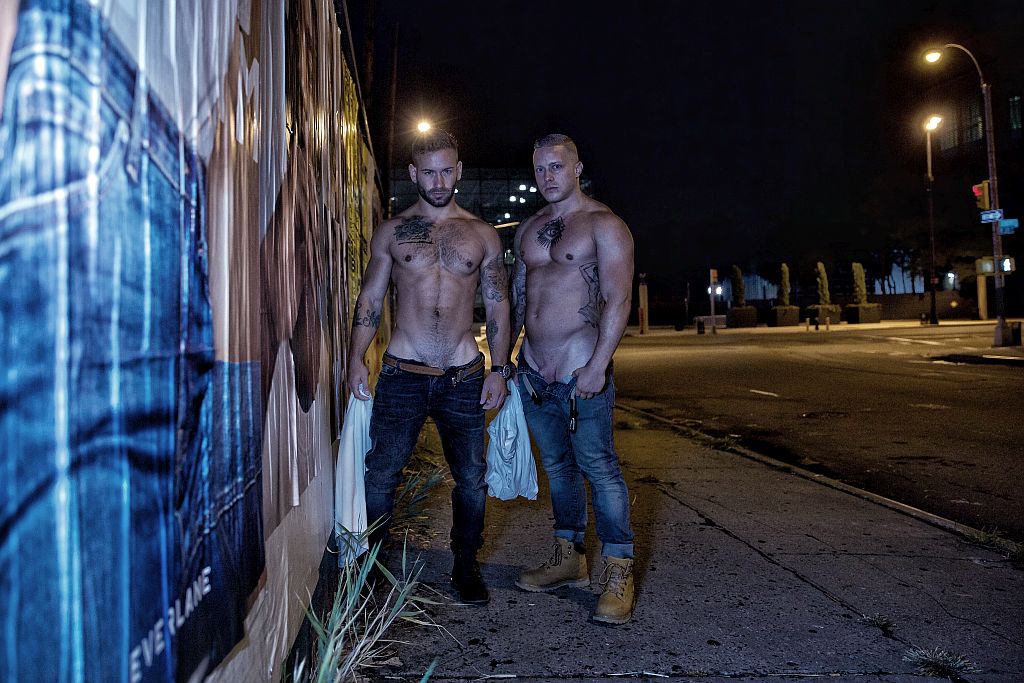 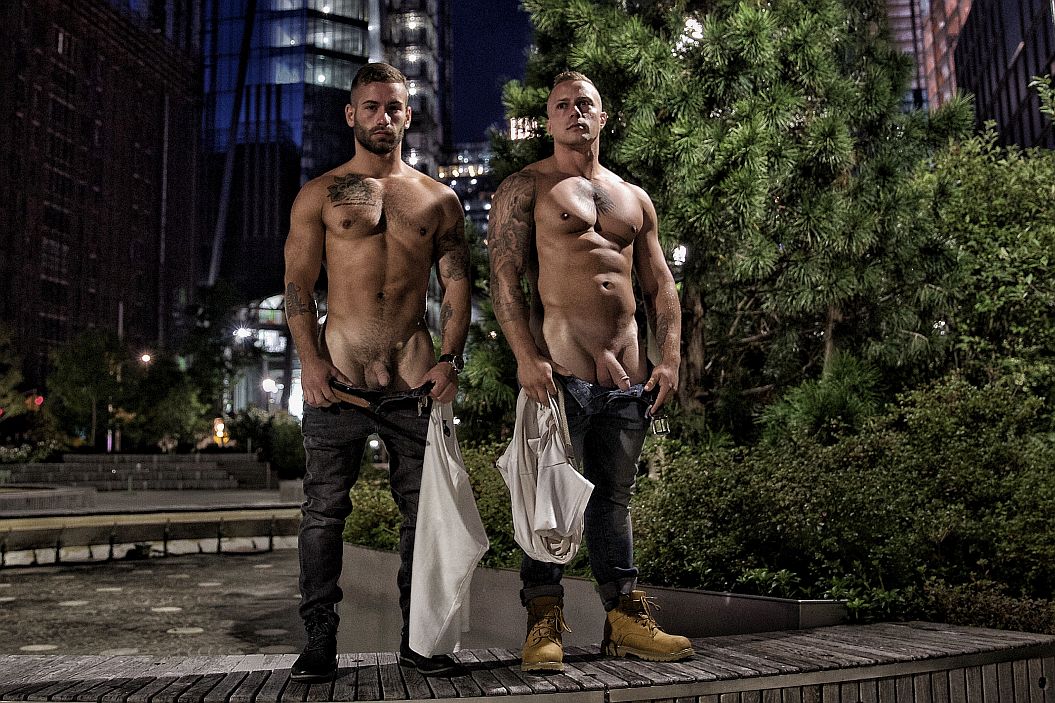