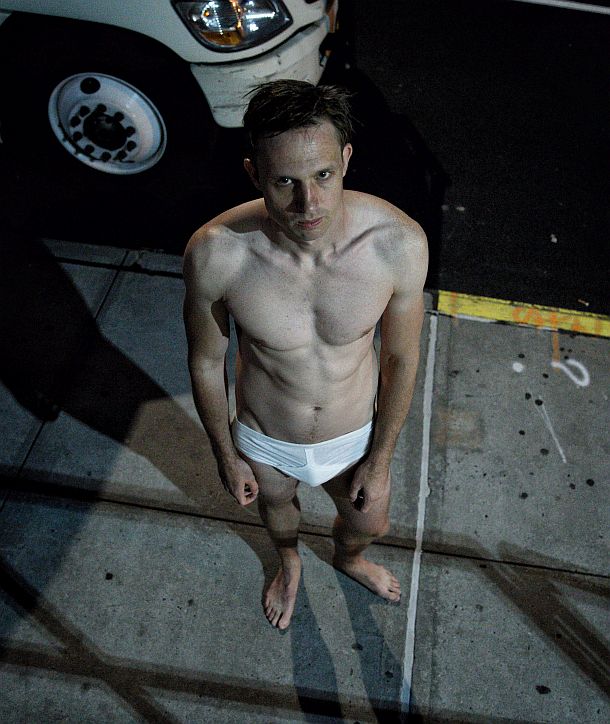 'We're born alone, we live alone, we die alone. Only through our love and friendship can we create the illusion for the moment that we're not alone.' 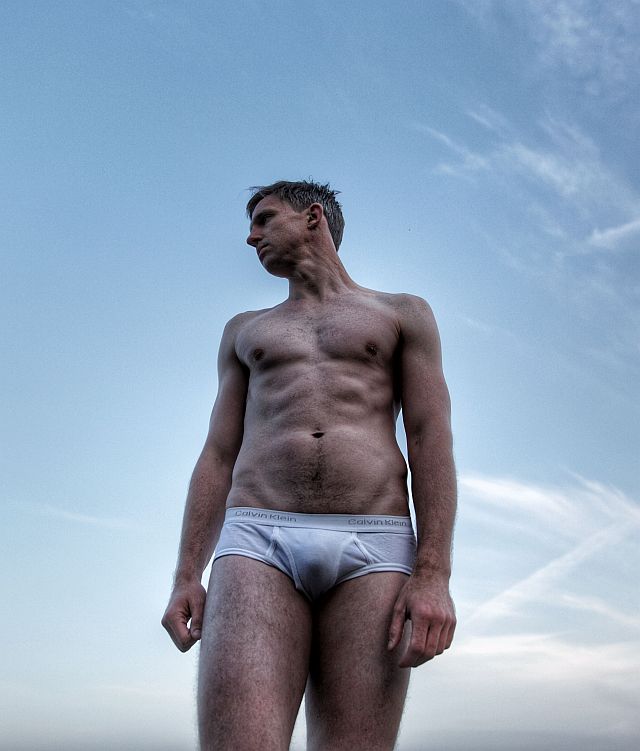 Isolation is a theme I've explored often over the years. Although many think of sex as involving more than one person, for most, especially men, sexual gratification is just as likely to be a solo sensation. Beyond sex, moments of eroticism, titillation and lust often occur when we're alone. I've had some of my most powerful sensual sensations while driving in a car, or walking or running by the lake. They're usually not planned but arise from a quick thought or memory that triggers an arousing reaction. 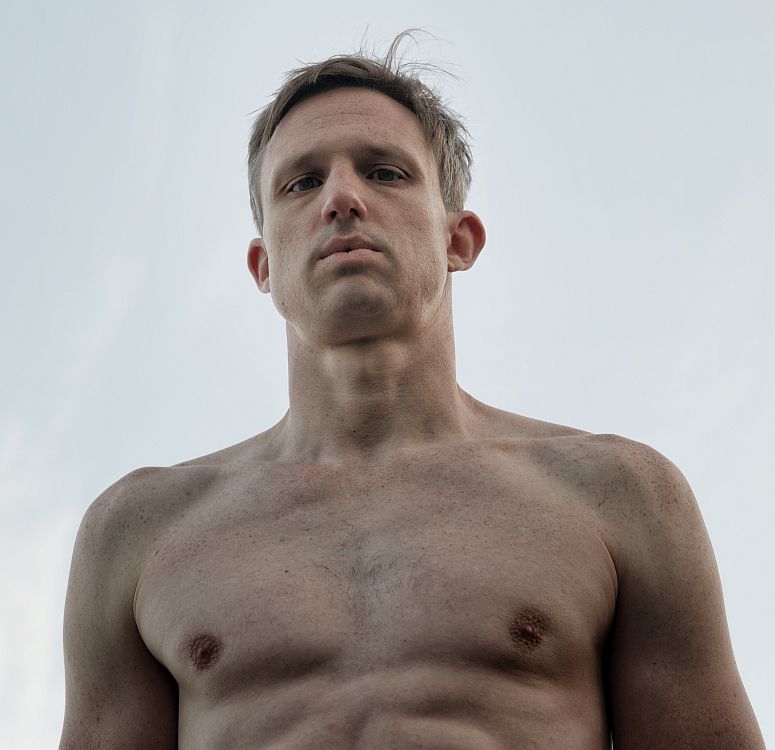 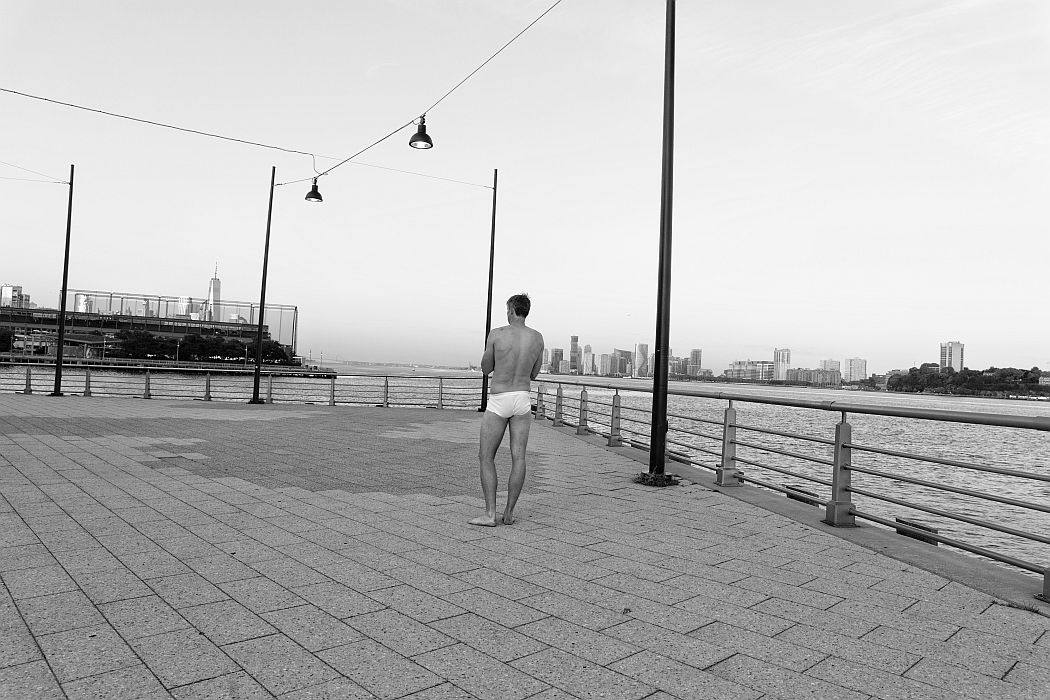 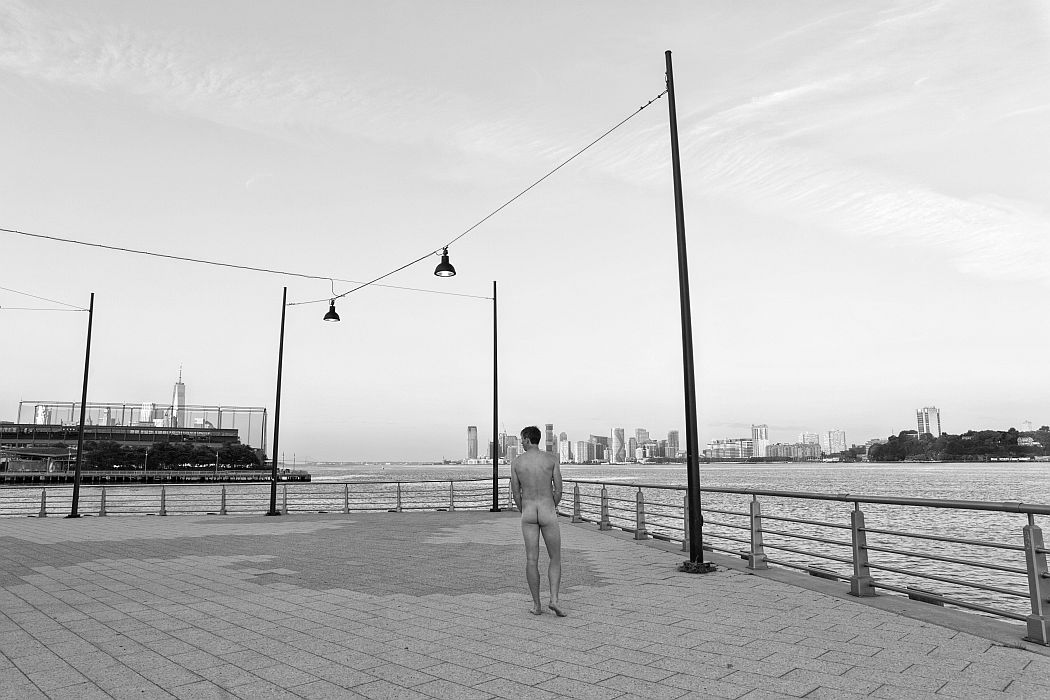 In only his tighty whities, Craig explores his neighbourhood looking for any signs of life. Finding no other beating hearts, the first thing Craig feels is the quiet. An overwhelming quiet with no sounds from animals or birds, not cars running or honking and not even the hum from the electricity that energized the city. After the shock wears off, Craig begins to adapt to his circumstance and decides to slip off his undies and take control of his domain. 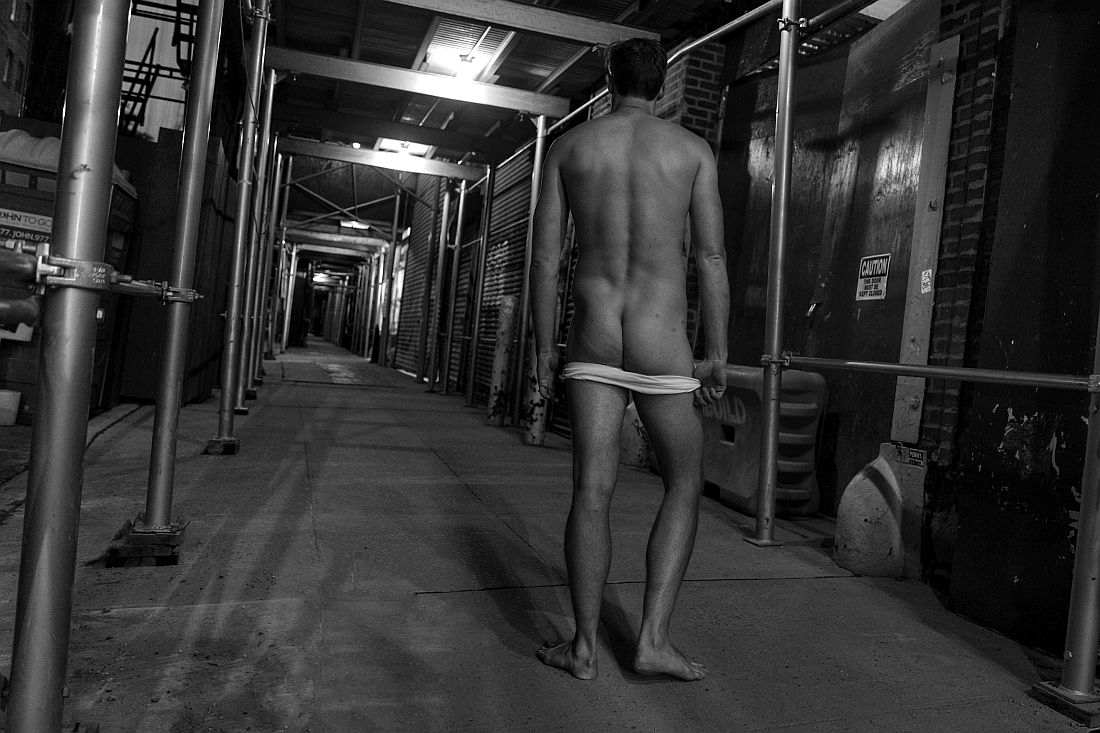 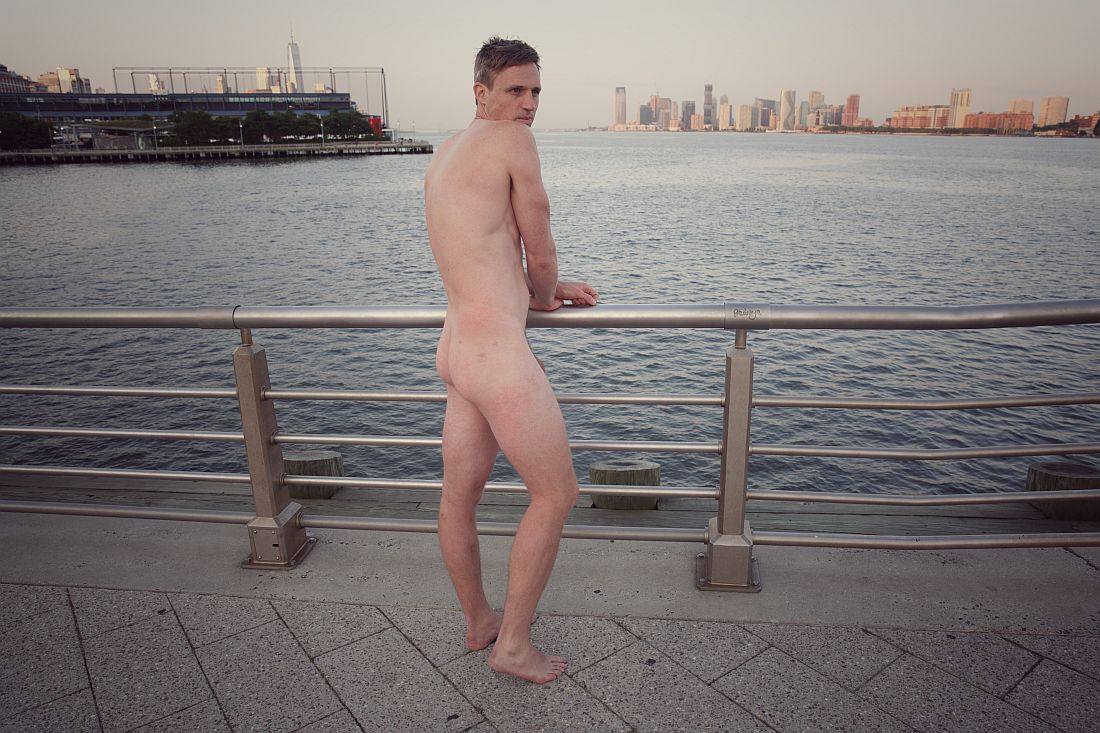 Or course, all of Manhattan didn't head upstate so that Richard and Craig could have the city to themselves. But... the calm, quiet and isolation came from hitting the streets before the crack of dawn when the city is as still as it can be. Like his recent work with Clay, (A Walk in the Park) Richard says Craig too had a surge of Pride an defiance taking on the big apple with all his naked glory. Of course, given this wasn't a science fiction TV show, the journey did include running into a few other signs of life... 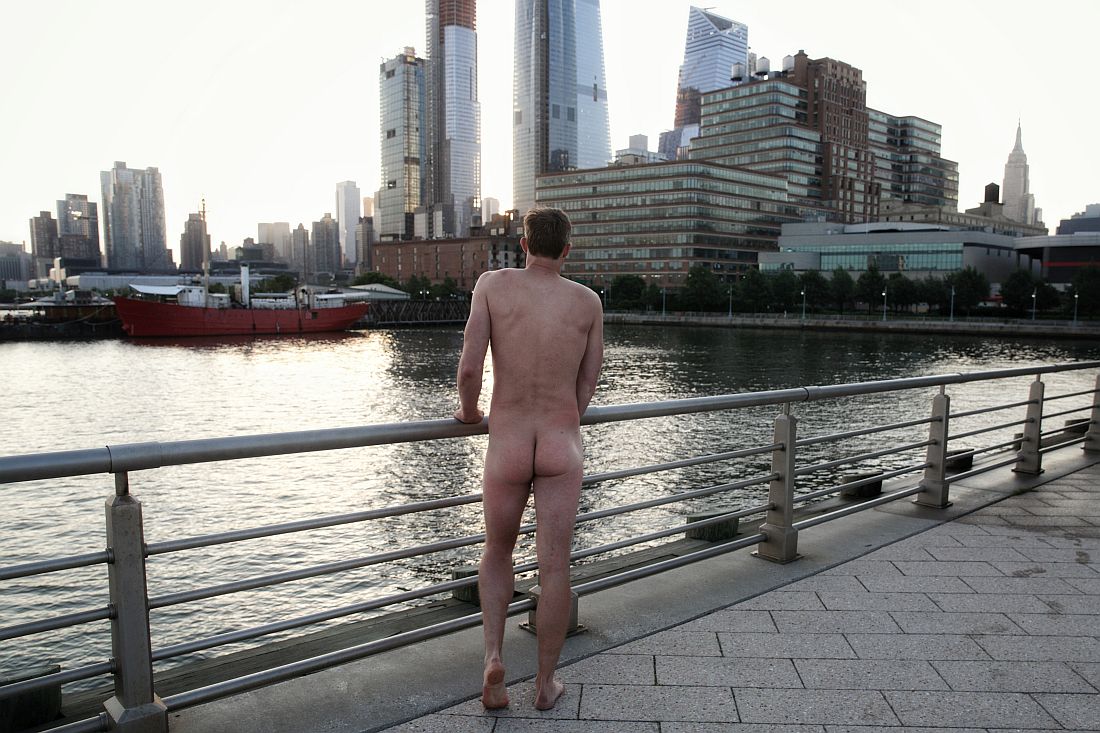 'We did encounter a very handsome dog walker and sat and watched us for about 15 minutes. His smile was priceless. His dog just kept staring and clearly thinking 'there’s an ass that needs to be sniffed!' 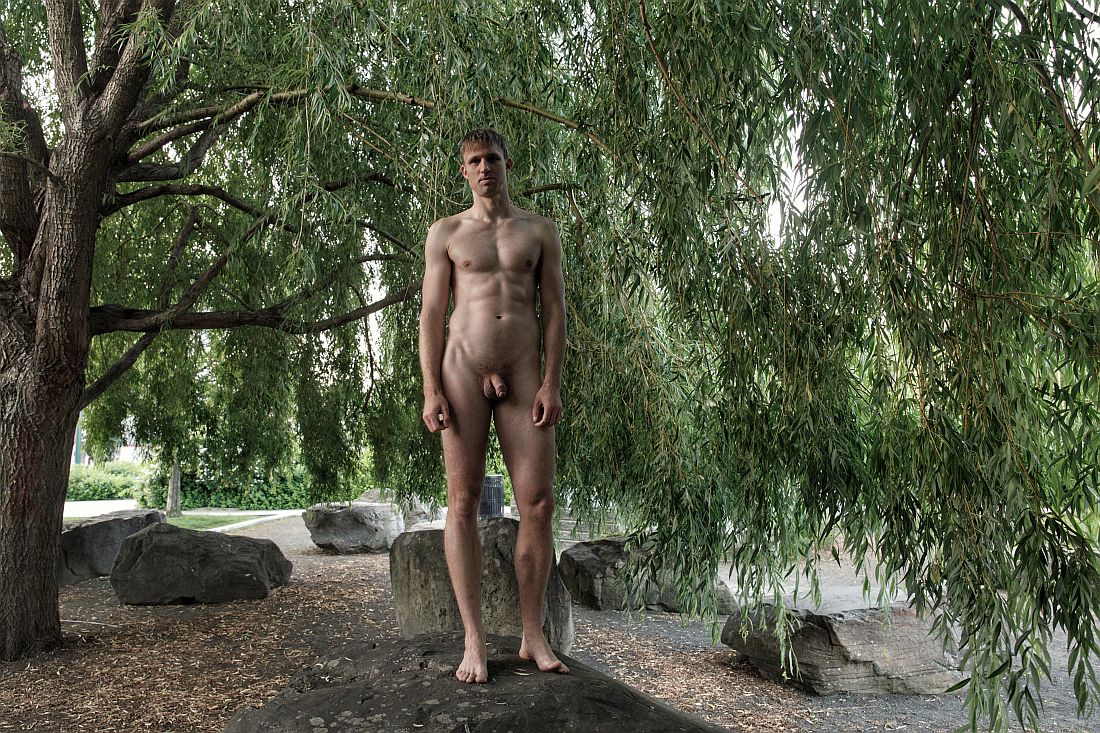 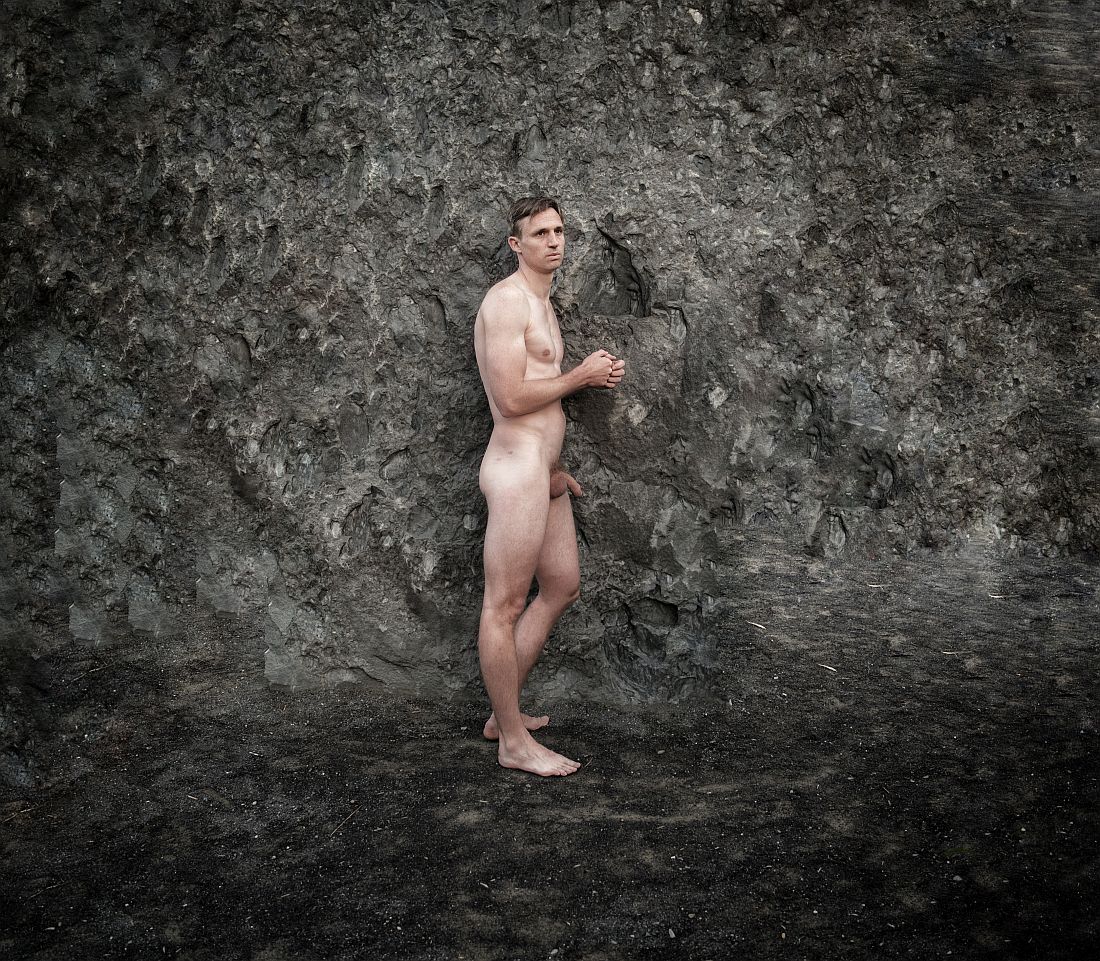