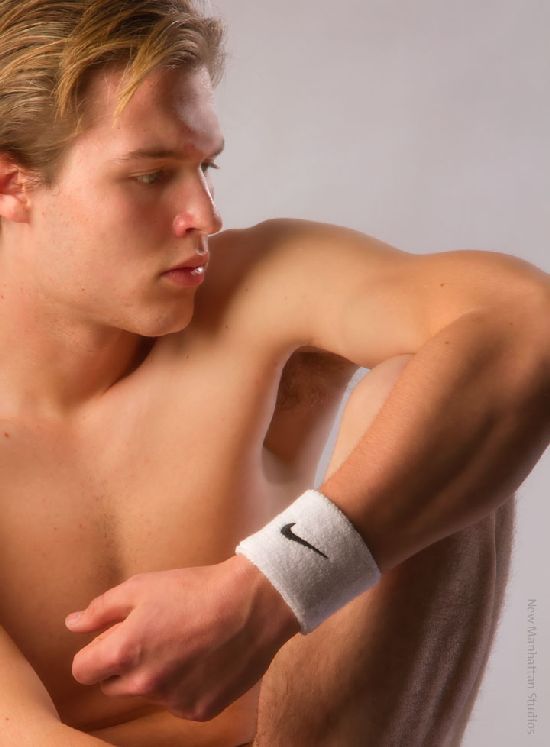 'Victor was one of those models who shows up periodically to remind me how bad I am at prejudging how someone will look on camera.'
Wes from New Manhattan Studios 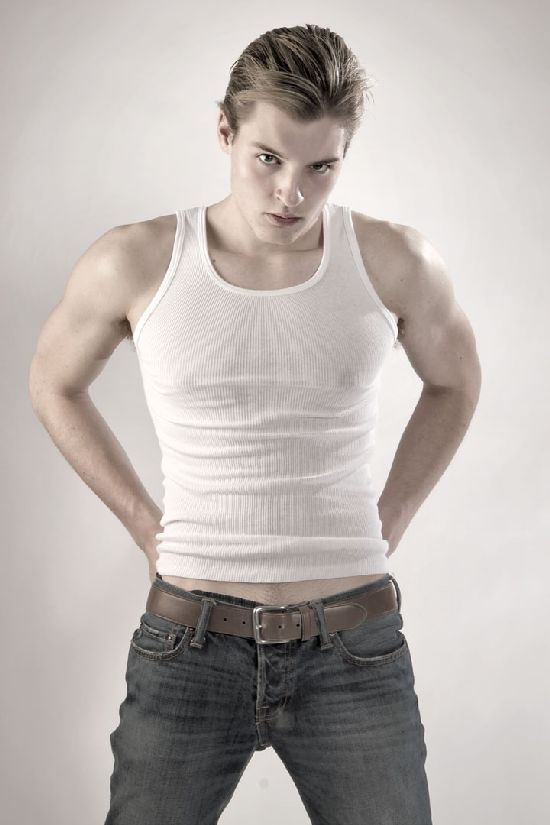 As long as I've been photographing people, it never ceases to amaze me how poor I am at guessing who is and who isn’t going to look good in the finished photographs. I have had some stunningly good-looking men and women in front of my camera that don’t, for whatever reason, look nearly as good in two dimensions as they look in person. Alternatively, I have had some very average-looking people who photograph like super stars. 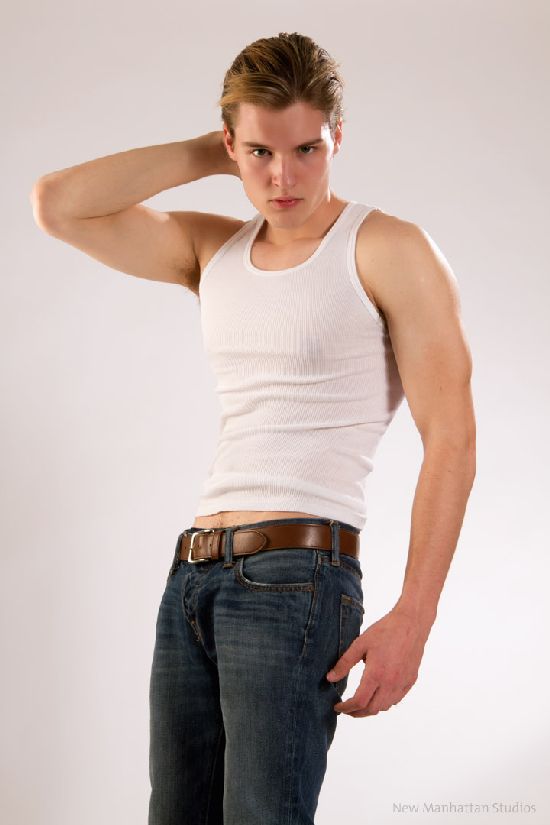 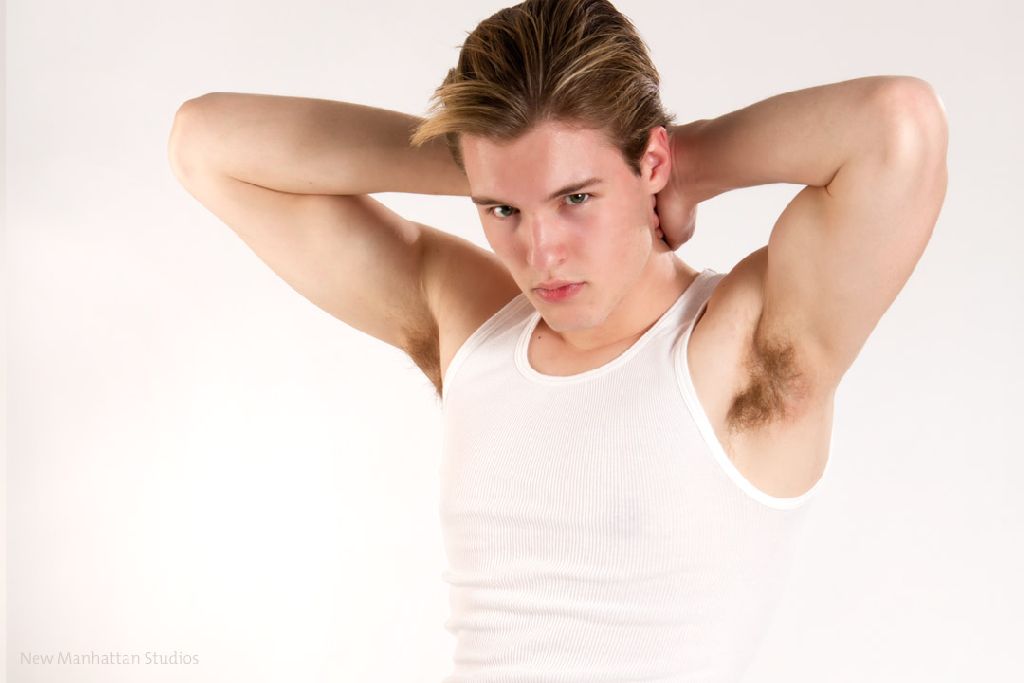 I refrain from doing “cosmetic surgery” in Photoshop, but as a photographer I know that there are things that I can (and should) do with lighting, camera angles and poses to maximize a model’s potential (or minimize a weakness). Victor did not require any special considerations or lighting, but I was not prepared for what I saw when I started processing his images. 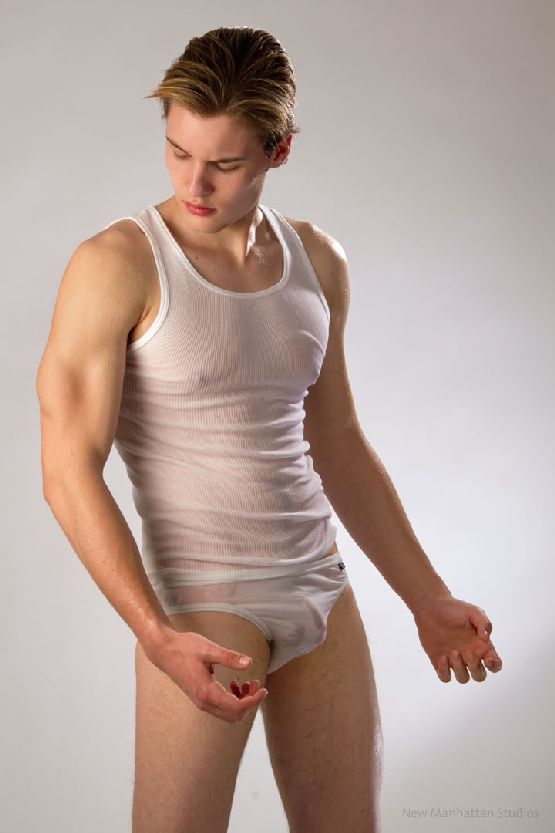 Now don’t get me wrong, Victor is a very attractive young man. But when he walked into the studio I was not particularly impressed with the 19-year-old with some rather rough edges. Fresh off the bus from Oklahoma, he announced that he wanted to be an A&F model. (“Good luck with that,” I thought. “The line starts over there.”) 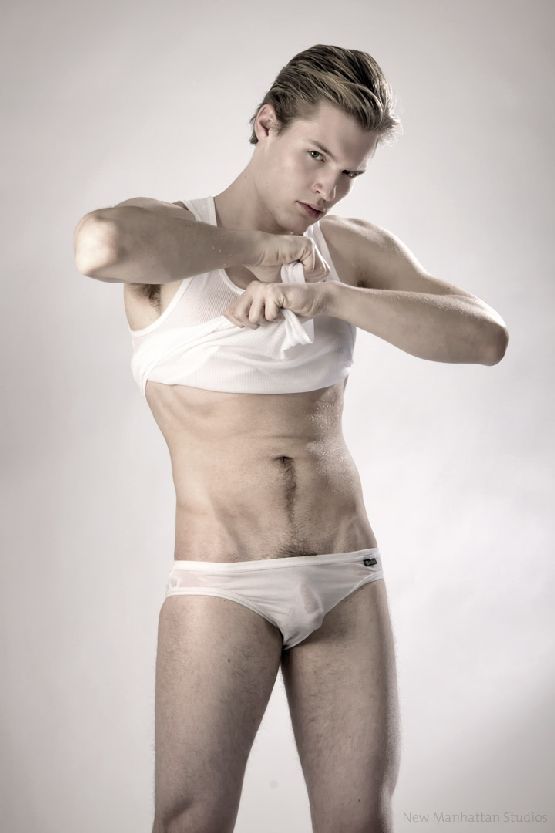 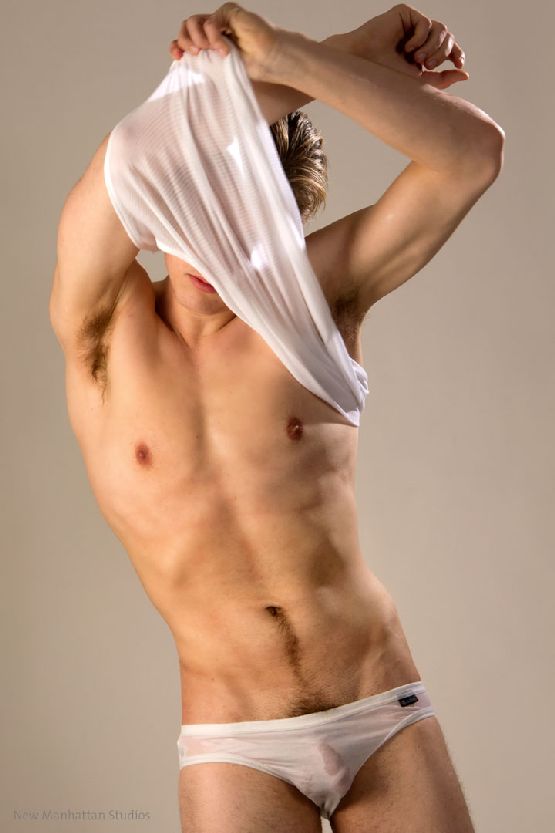 When he told me that he already had a job with the store, I was impressed; impressed that he knew that a prerequisite for landing a spot in the Abercrombie catalogue is actually working in one of the stores. Still, standing before me, I saw nothing that separated him from the scores of other models his age whose ambitions are to be an A&F model. 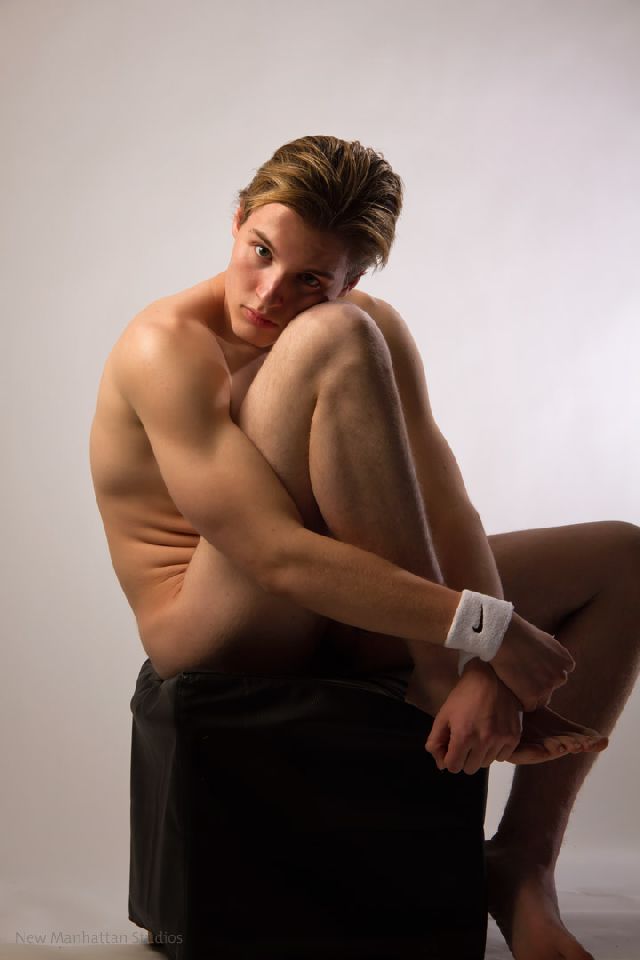 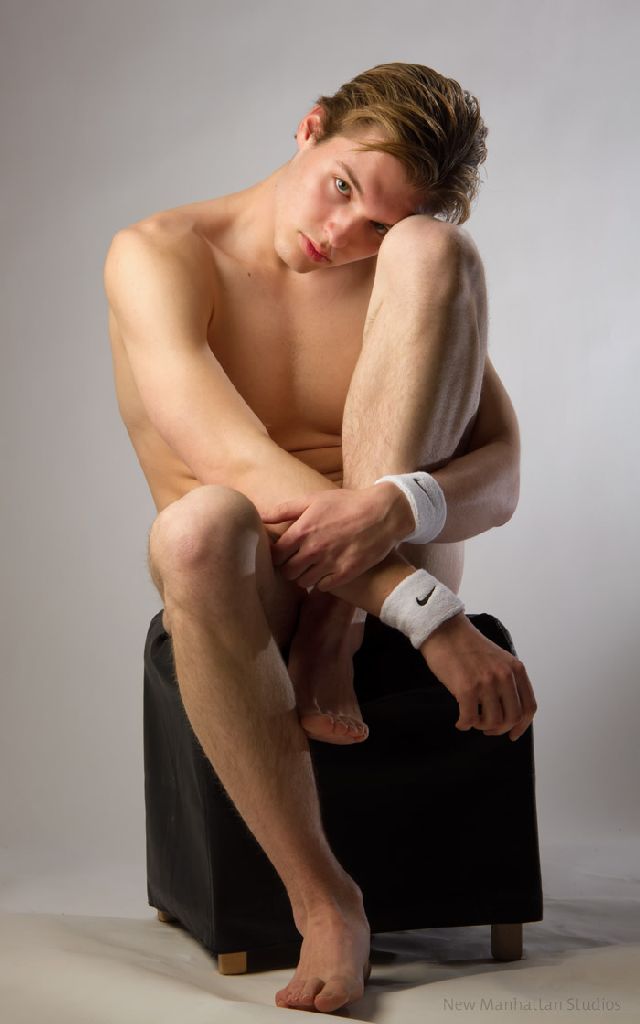 Victor is quiet, polite and unassuming. At 19, he was still in school when we worked together and, having recently moved to the metropolitan area from the Midwest, he didn’t throw off any of the “hot shit New York Model” vibes that I encounter all too often. He was working hard on his physique and just starting to make the rounds in New York. He was, in a word, “refreshing” to work with. 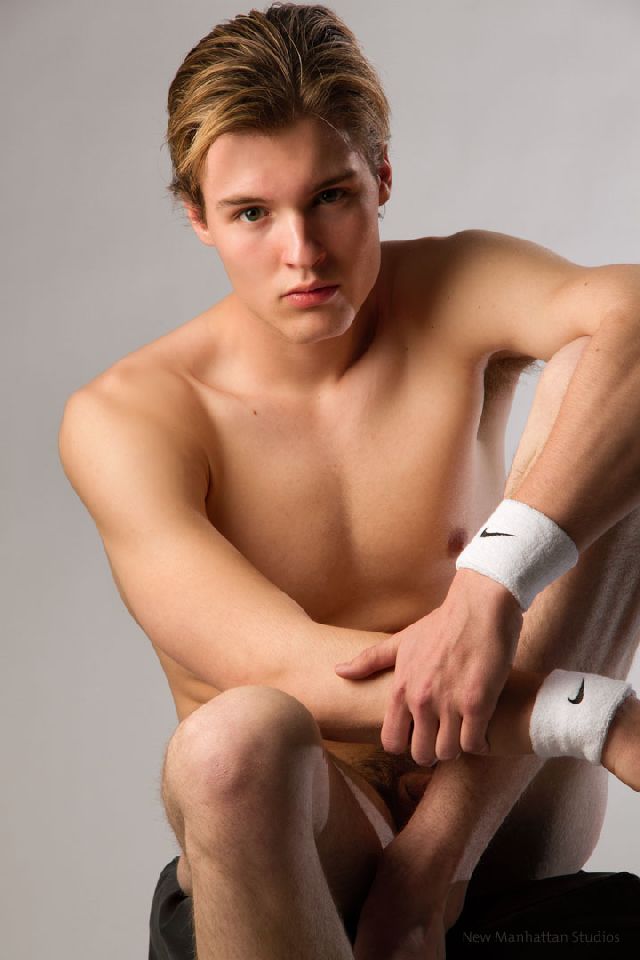 But nothing during our uneventful 3-hour first session prepared me for the delightful surprise I had when I downloaded Victor’s images to my computer and started reviewing his photos. After a quick scan of just the first few dozen I was struck by the realization that, indeed, this kid does have the potential to be an A&F model. With his blond hair and classic looks, he’s the embodiment of the Abercrombie look! I will repeat, “Victor is an attractive young man” and I will add “who photographs extremely well.” At six foot and 150 pounds, if he works at it, he may well succeed as a model in this town. 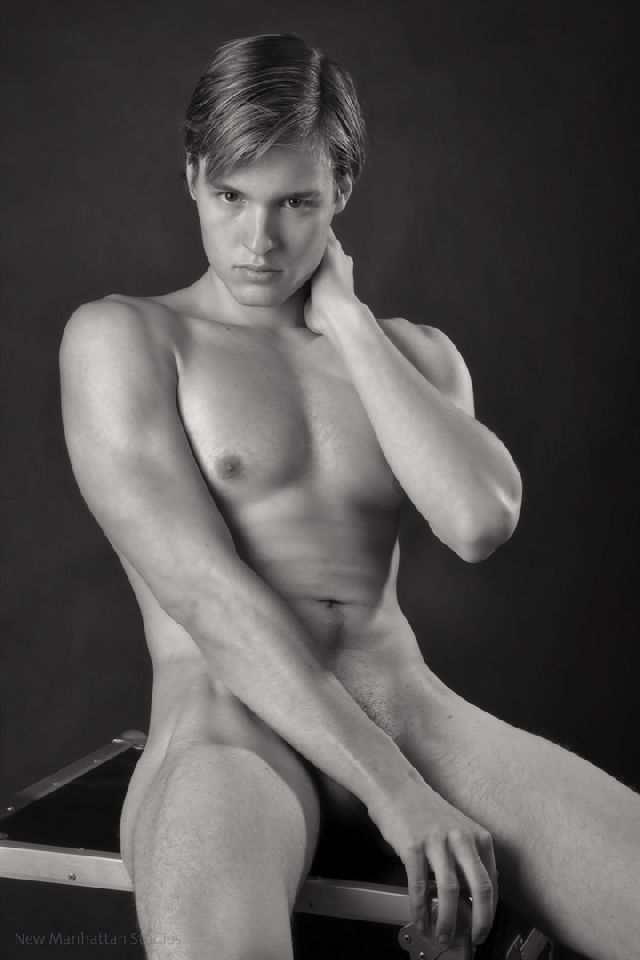 Happy with the results of the first session, I offered Victor an additional session and a possible slot in one of the studio’s published portfolios. He agreed, with the understanding that the work would require some implied, partial or full nudity. At one point during his second session I asked him how he got interested in modeling. He responded that it was his mother’s idea. 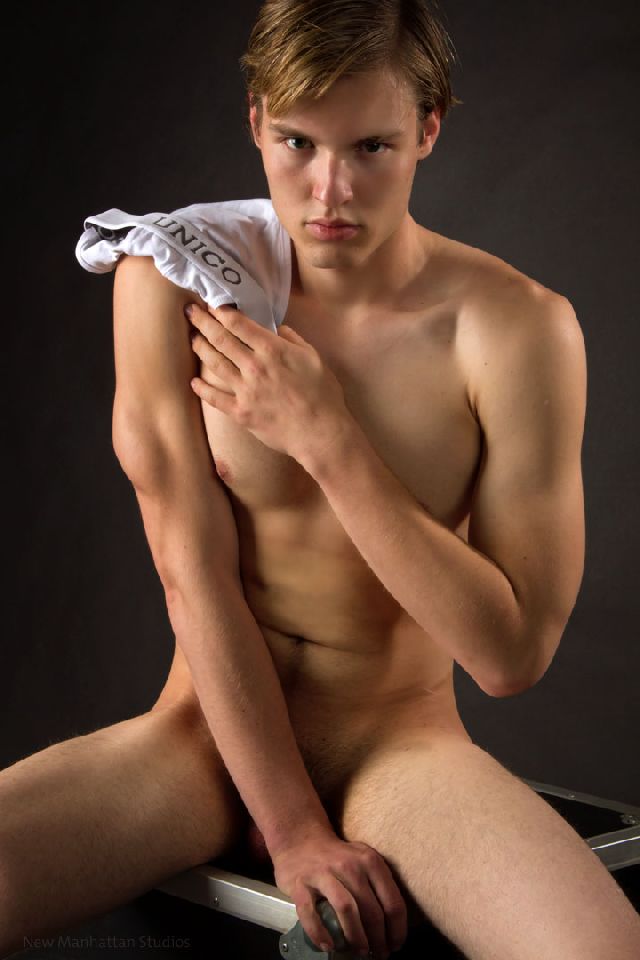 Later, as he was standing nude on the paper, I couldn’t help but wonder what his Mom would think of these pictures. With such a good-looking son, I guessed she might be a model, too. When I asked him what she does, he said his Mom was not a model but she was managing his career. She sees all the pictures. 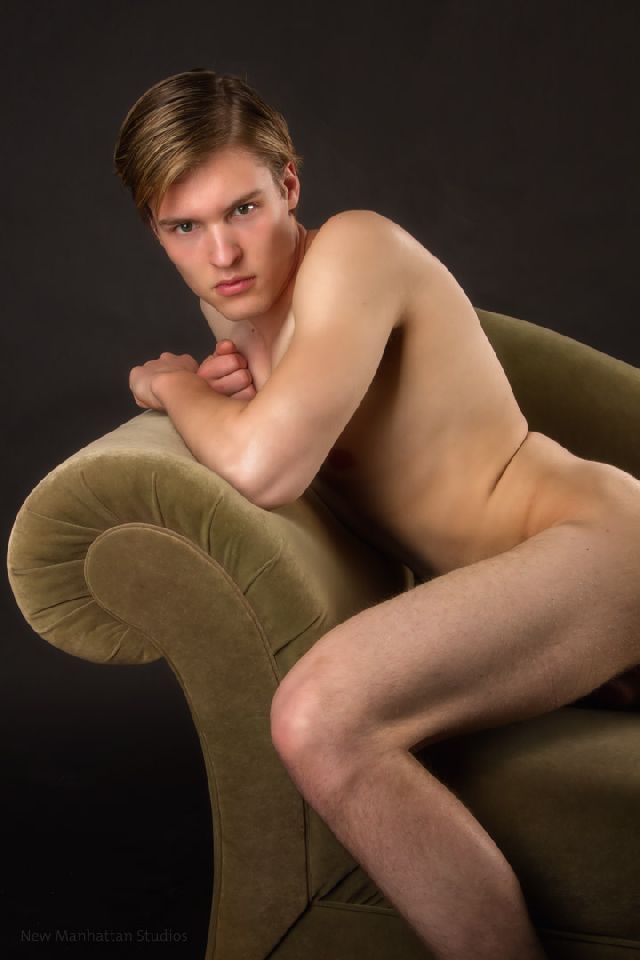 I'm happy to report that Victor told me that Mom liked the pictures. We did, too; so much so that they’ve earned Victor a place in our 2014 models portfolio, Gramercy Square. Victor will be one of six New York models featured in the book that will be published this fall. And I'm also happy to report that at 19, Victor has succeeded in branching out of modeling into an acting career as well. He’s already landed the lead in an indie film playing the young James Dean! I can’t help but wonder how I’d have reacted if the young James Dean had walked into my studio. Could I have envisioned how great the 19-year-old from Indiana would look on the big screen? 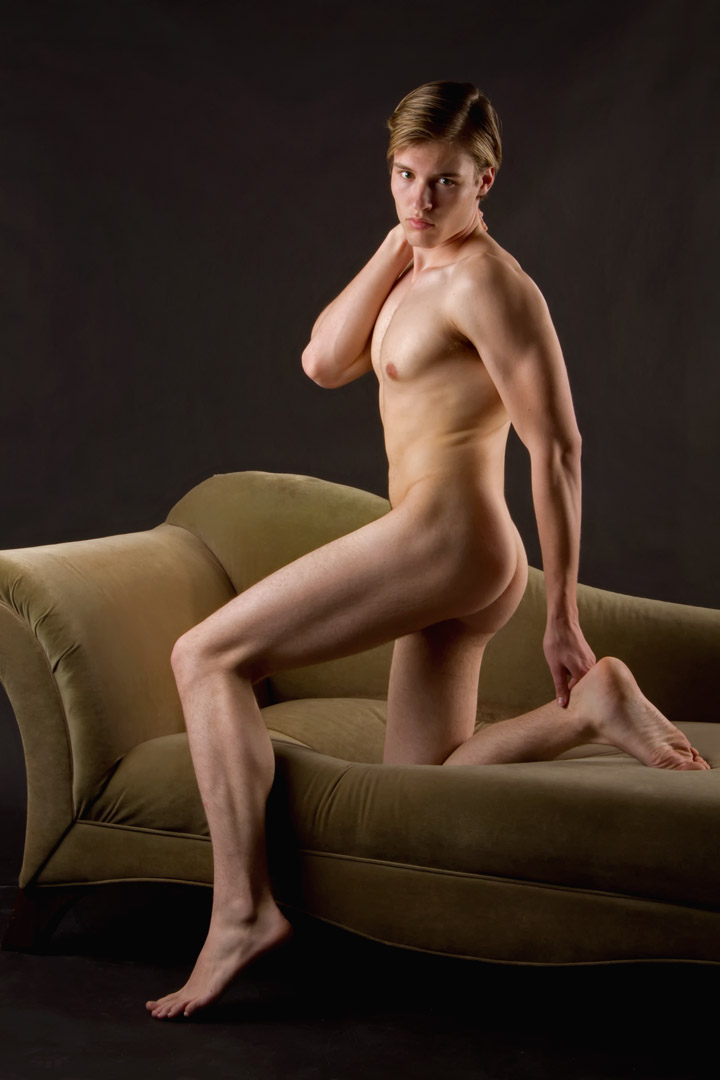 A special video presentation of Victor’s photo shoots with New Manhattan Studios has been prepared exclusively for the readers of Favorite Hunks. You can see that video by clicking HERE: or visit Victor’s gallery at New Manhattan Studios by clicking HERE. Victor’s is one of nearly 50 galleries at NewManhattanStudios.com, featuring models from New York and around the world that have worked with the studio. 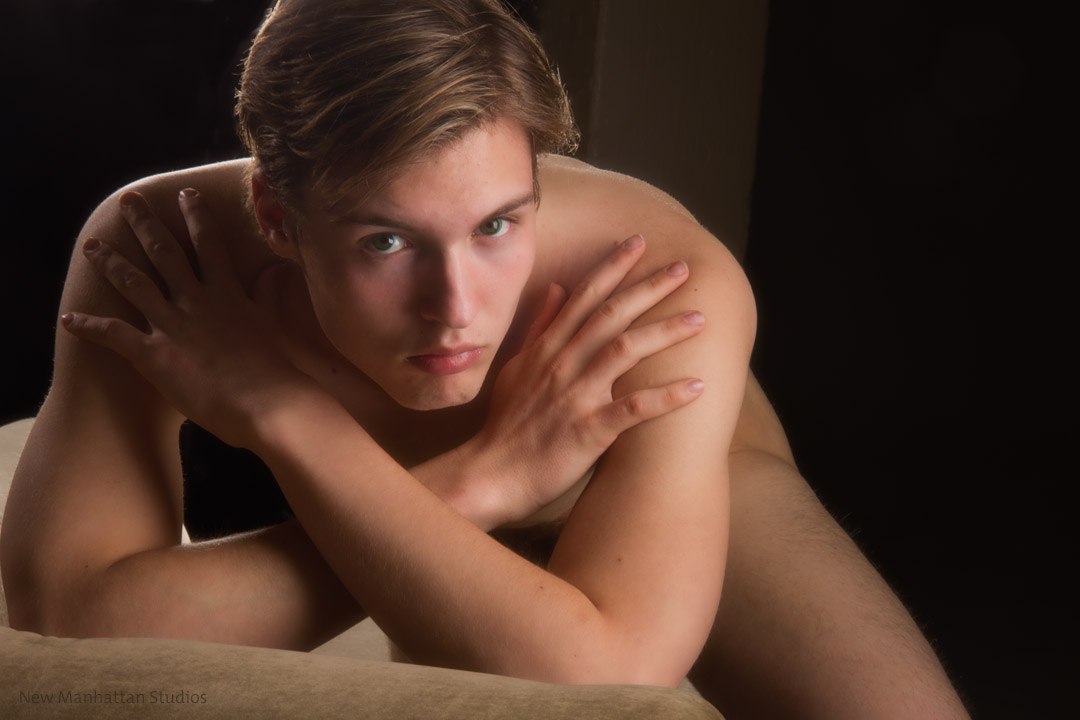 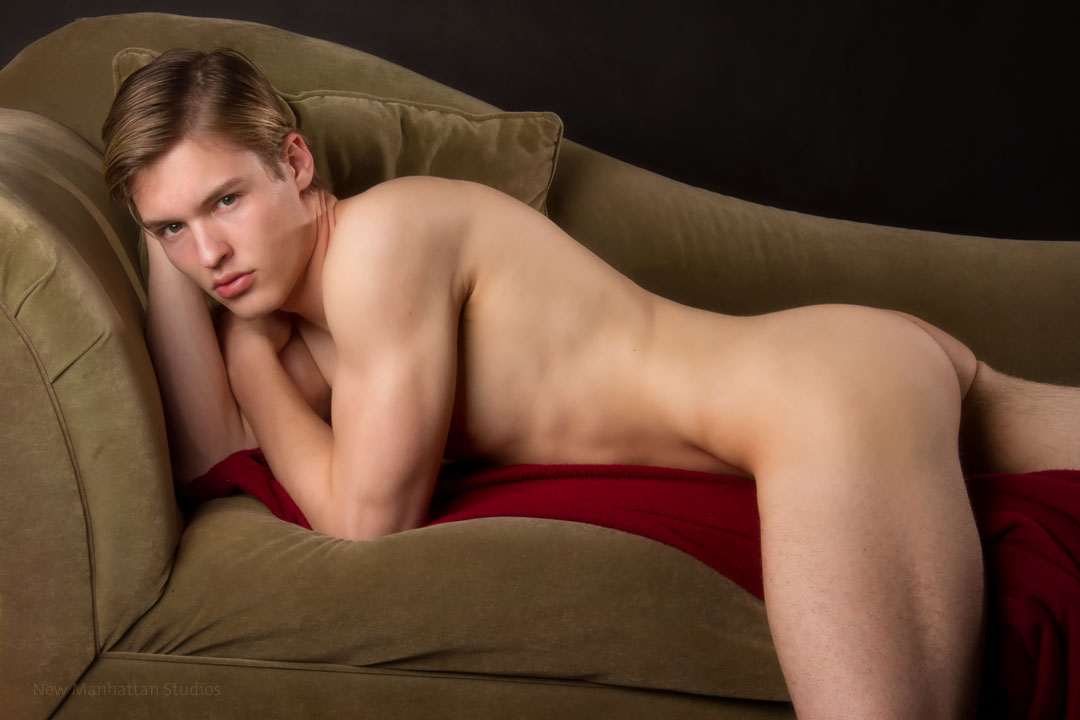