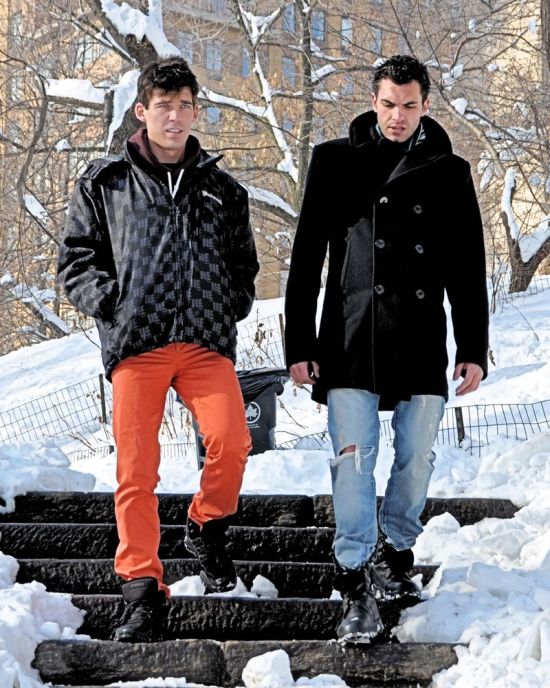 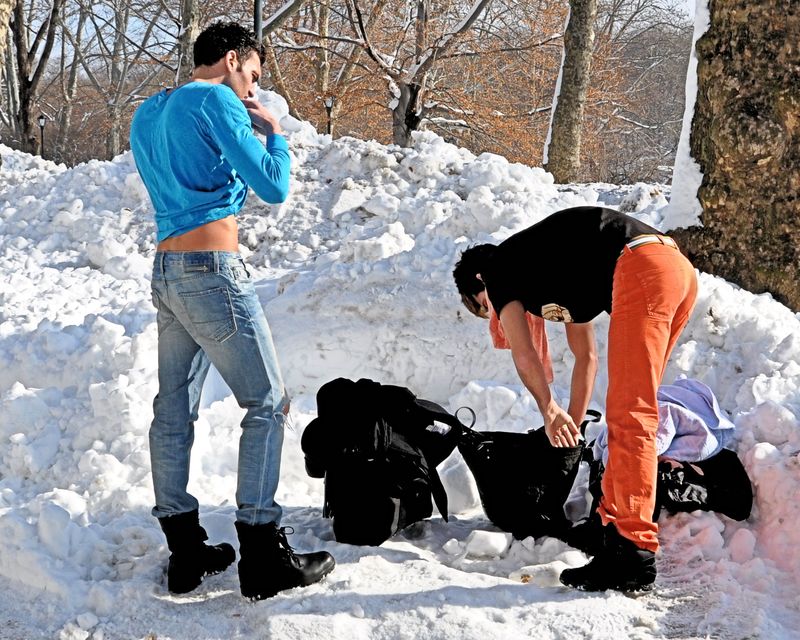 I used to get as excited as Lorelai each winter with the smell, and sight of the season's first snow. After last years brutal winter however, I was less than enthusiastic with yesterday's arrival of snow. It still looked beautiful when I looked out the window, but while I was searching for the car scraper, my memories of last winters blizzards, power outages and shovelling marathons dampened my usual tradition of welcoming the winter. 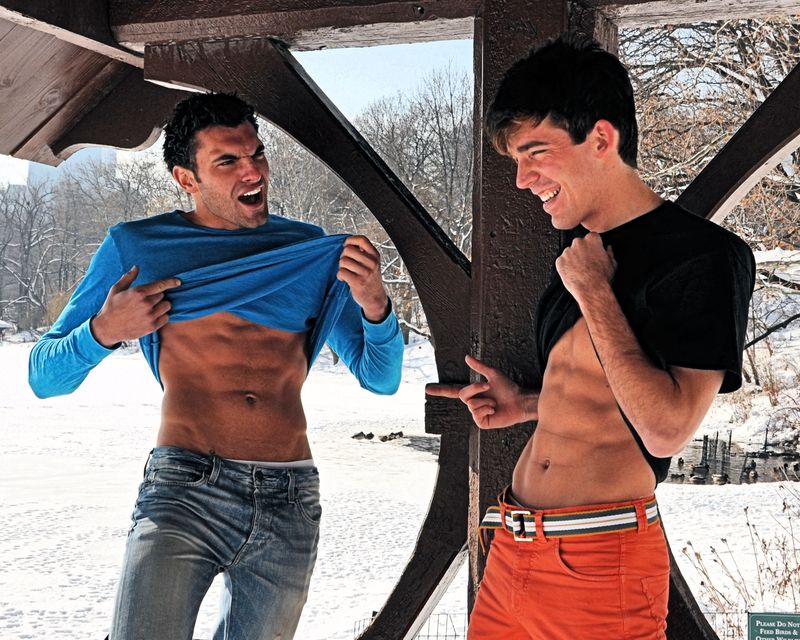 I am hoping as Christmas gets closer, my love of the white stuff might return. Until then however, I can still find joy in winter themed images, especially if they're from New York chronicler Richard Rothstein. I first saw images from this set on Richard's site a few years ago and am happy to feature more from the series. 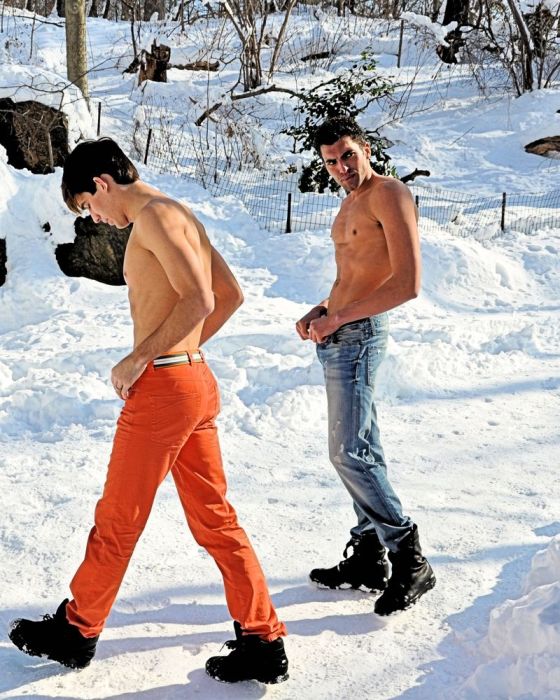 I am not sure if it is the snow or the colors, but there is almost a combination of modern and retro within the images. Even though the models might be wearing fashion and underwear from the 2000's, the tree's and surrounding of Central Park look as if they have stood still, almost frozen in time for decades. Following Richard and his models into the park on a snow day reminds me of the joy and excitement that first snows usually bring children... and a few adults. 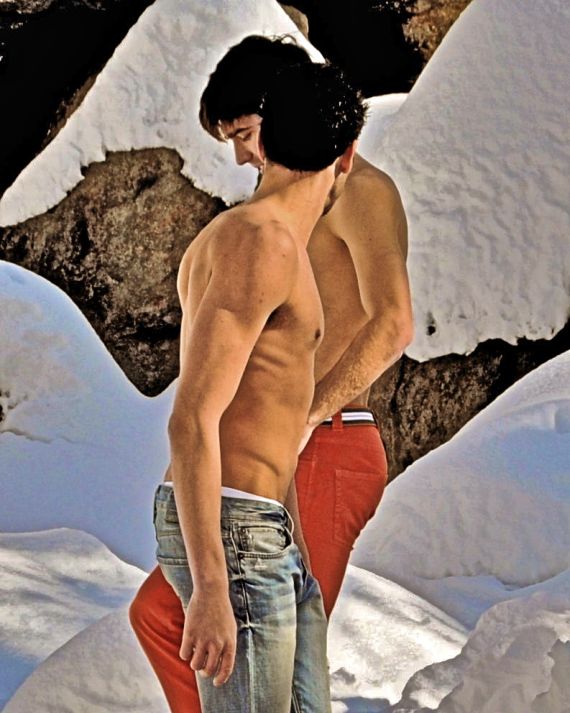 That feeling before snow became associated with work, or horrible travel conditions. A time when snow was simply something to be enjoyed, to be played in, walked through, rolled in and occasionally even tasted as you raised your head to the sky licking the flakes as they flow down and none tasted better than that first snow of the season. 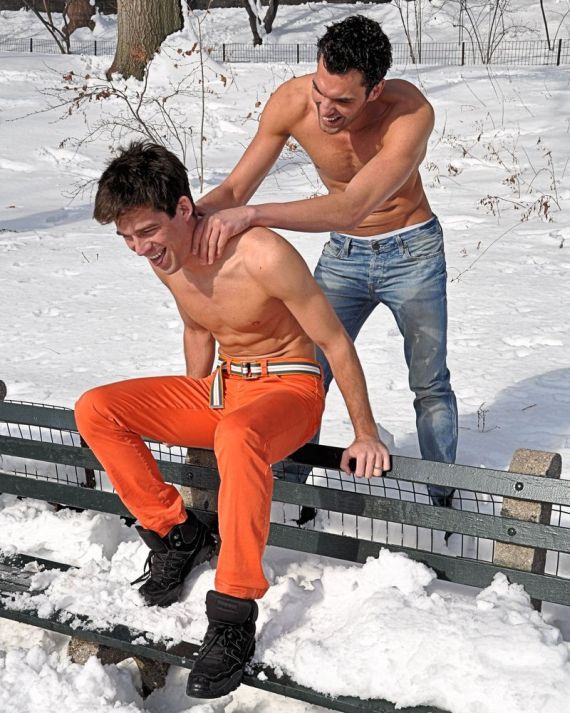 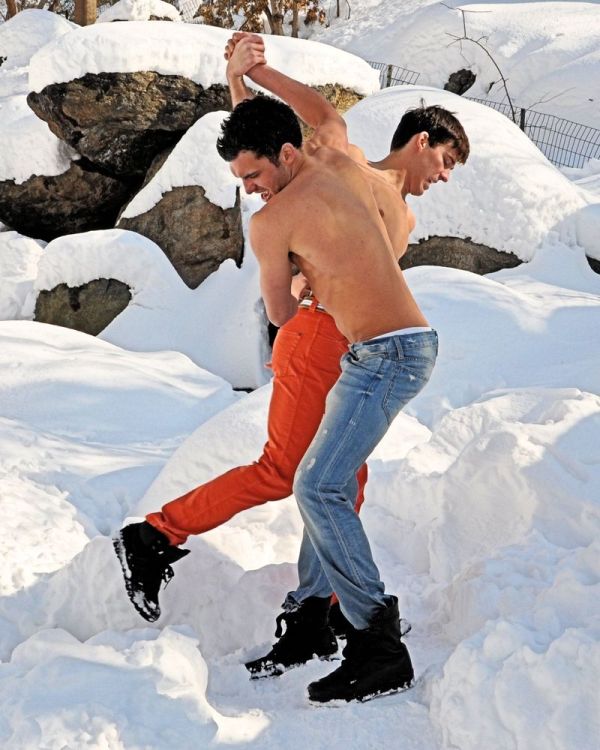 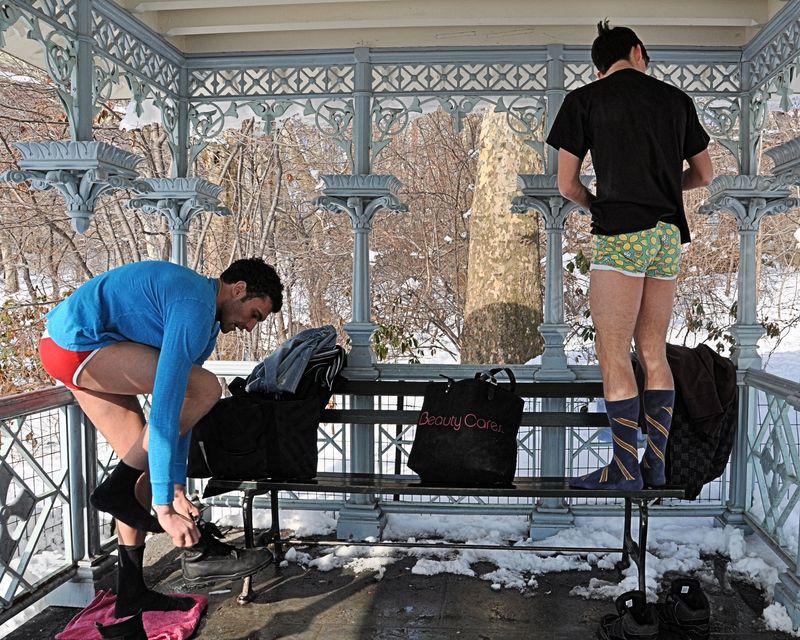 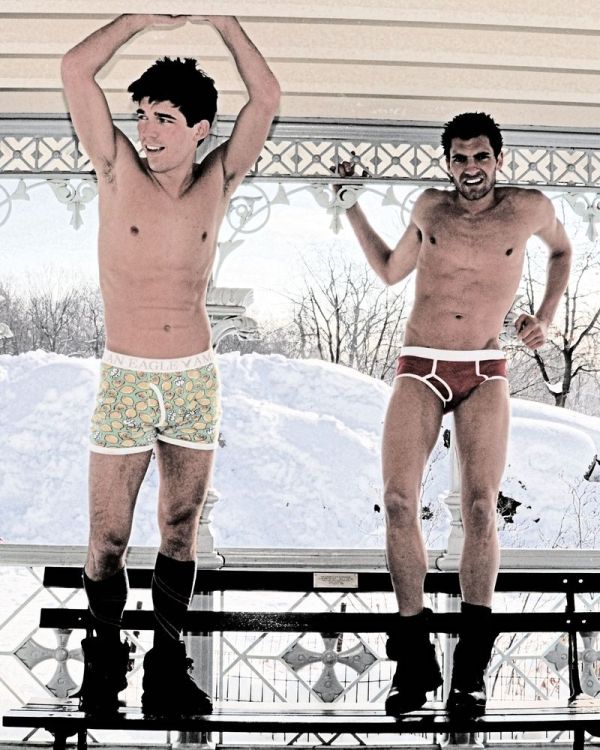 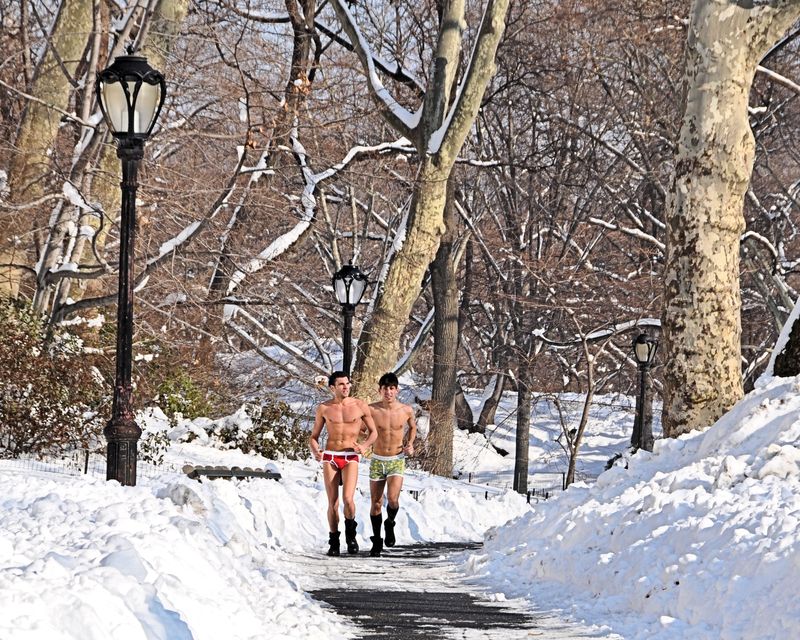 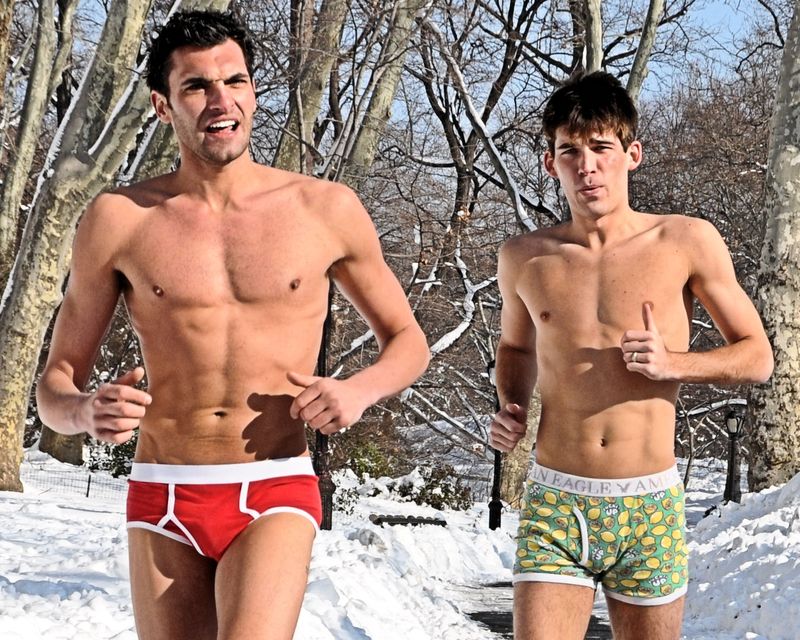 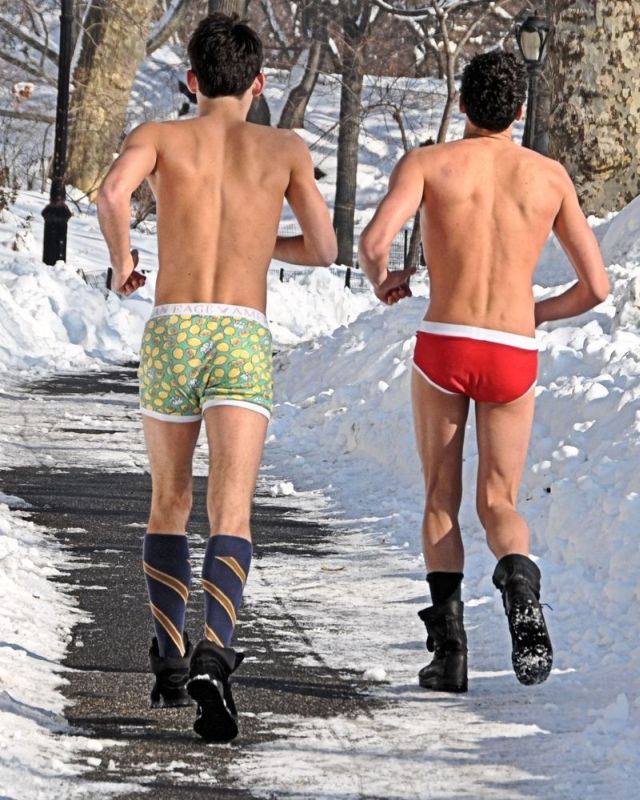 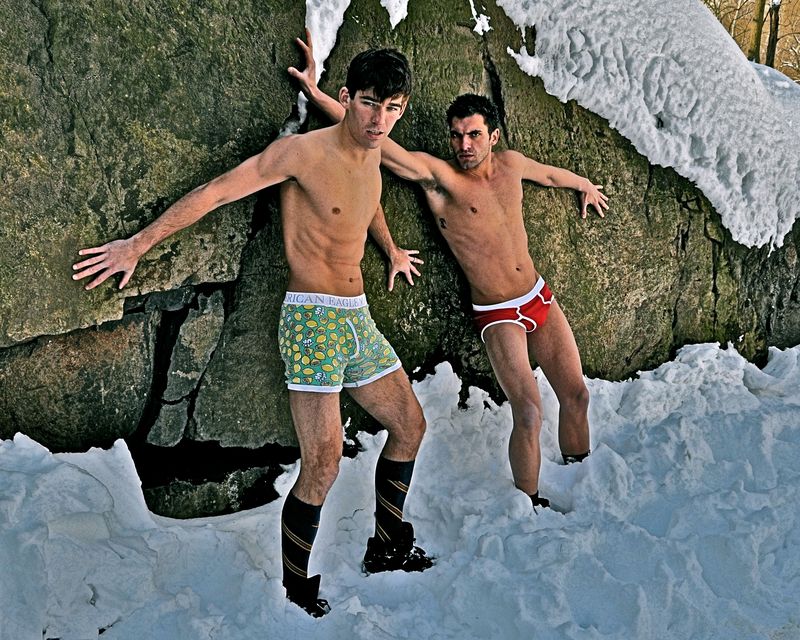 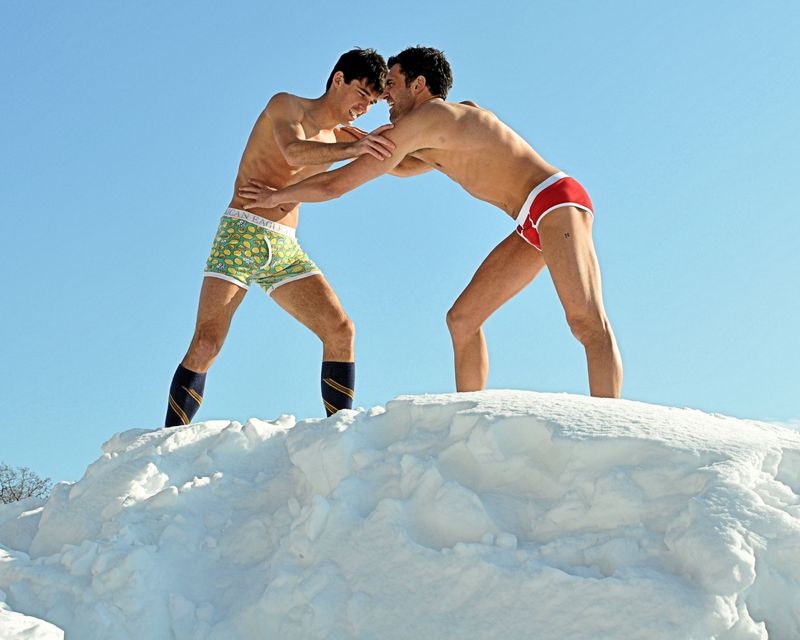 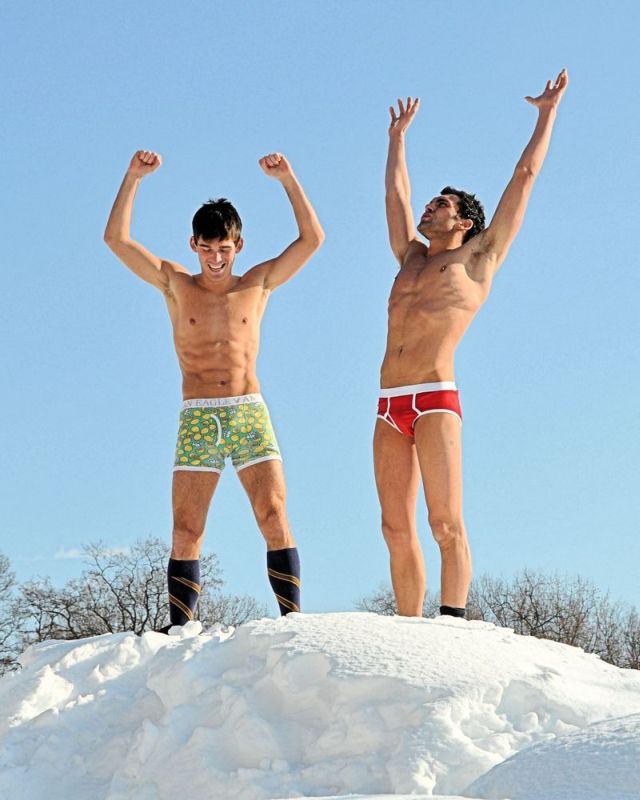 Fun frolicking in the snow.