'That Guy': Korab by Stephen Kahrs 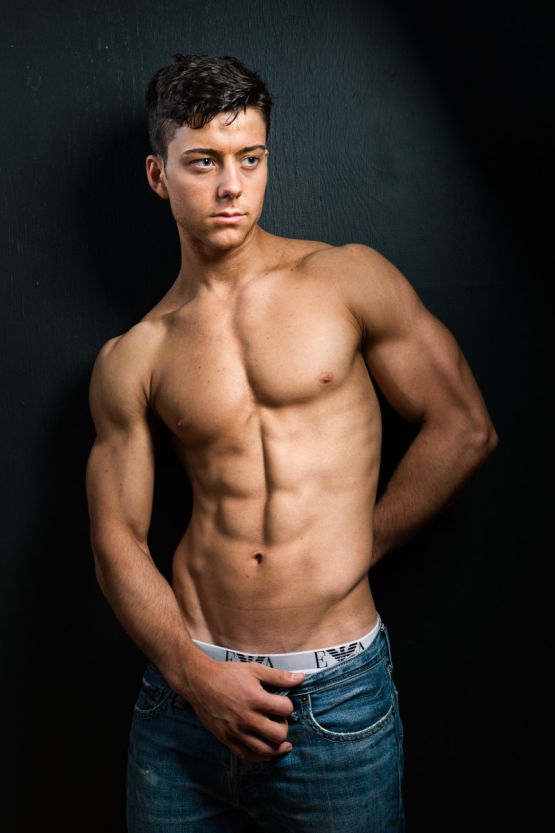 'Stephen and I hit it right off, he is a pleasure to work with.  The Images came out beautifully, probably the best ones I have in my portfolio!   Right now my main goal is to just keep improving and keep growing. I want to get the perfect physique to where people say "I want to look like that guy!' 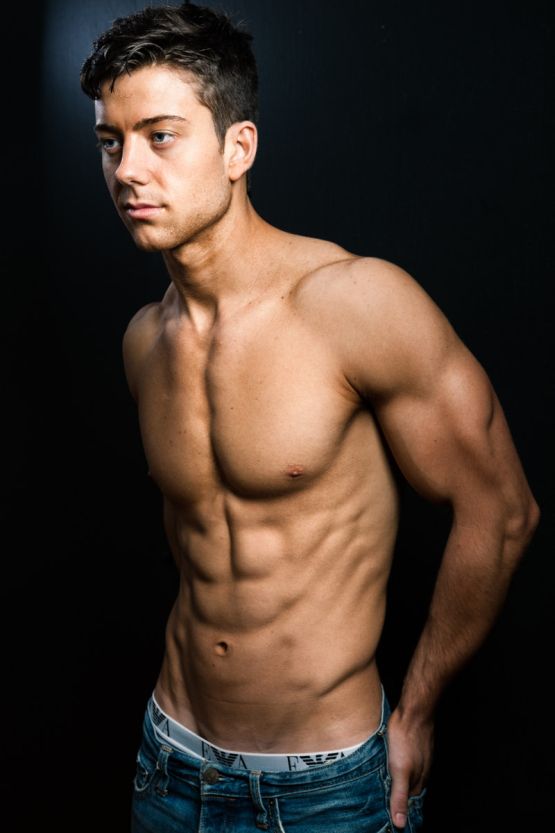 Sometimes though my research I find artists whose images I want to share. Other times, their work tends to find me. In the case of Connecticut photographer Stephen Kahrs, it was sort of a bit of both. It was not Stephen's images that drew me to model J Fenty back in 2012, but it was his images that that made that most impact on me, leading me to contact Stephen about featuring his images separately. 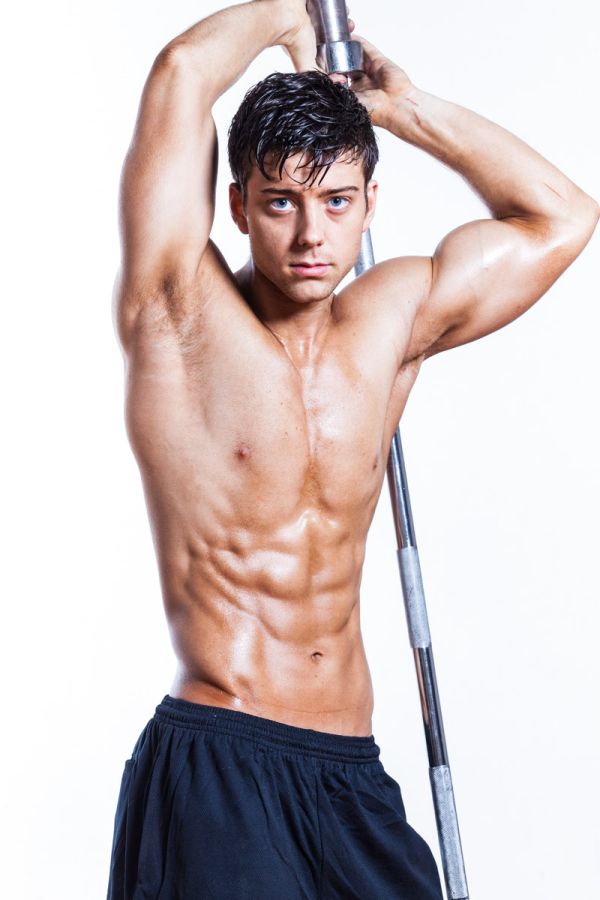 It is surprisingly quite common, that some models I contact are not thrilled with some of the images I wish to feature. It isn't so much that they don't like them, it isn't even so much that the images doesn't reflect who they are. It is more that the image doesn't reflect who they aspire to be. I think 21 year old Korab Loga said it perfectly in the quote above. Stephen knows how to photograph models so they become 'that guy'. The one you aspire to be, even if model themselves does not see initially when looking in the mirror. Stephen's images always zero on his subjects best qualities, creating classic and elegant, strong and sensual photographs that beautifully capture both their physique, and the passion and energy required to achieve it. 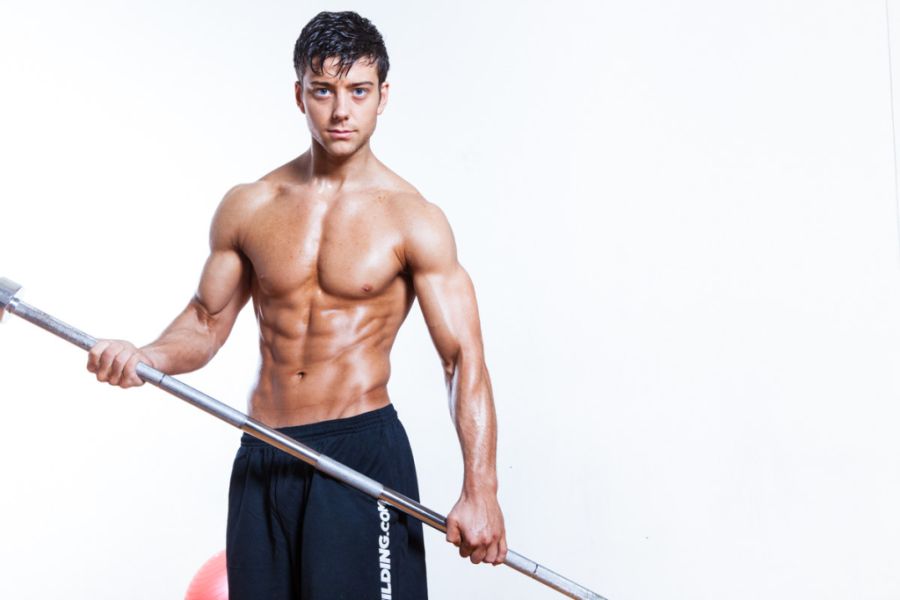 When Stephen first contacted me about Korab, his concern wasn't concerned about showing off his work, his interest was in selecting images that showcase the hard work Korab has put into sculpting his body. 'Images that really highlight his ripped physique.' I think Stephen's passion for brining out the best in his models, and his genuine caring about having his work support and promote his models shines through in the finished images. 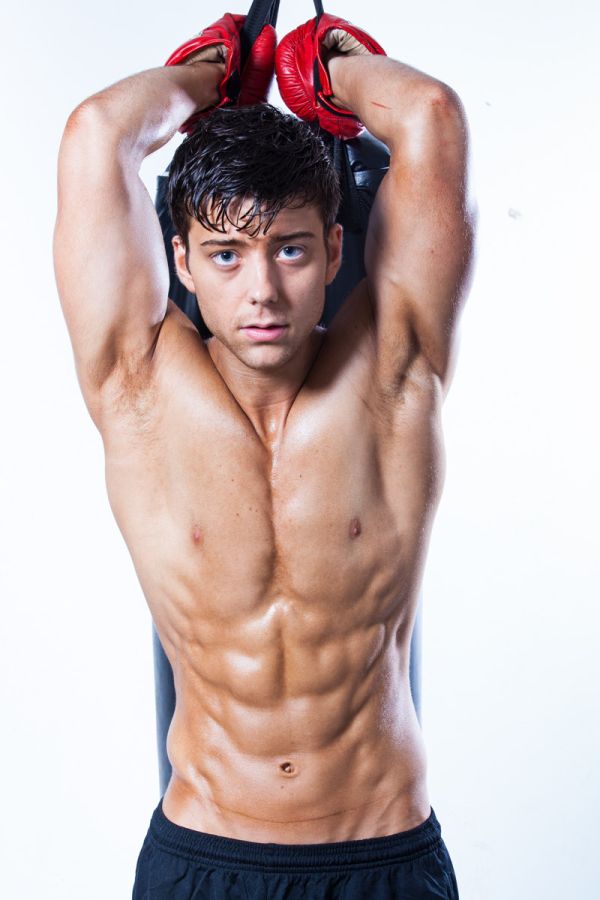 'Our ultimate goal is to see one of my images of him gracing a cover of a fitness magazine. With each shoot that I've done with him, I've become more aware of his level of dedication and commitment to attain that fitness level. He is passionate about fitness and is conscious of his overall look and proportion and he practices in front of the mirror to get a feel of what poses look best for him. He goes shows great restraint and discipline to insure that he is as cut and shredded as he can be when he arrives at one of my shoots. We have a little term for his shredded physique, we call it "Fucken Diced!" 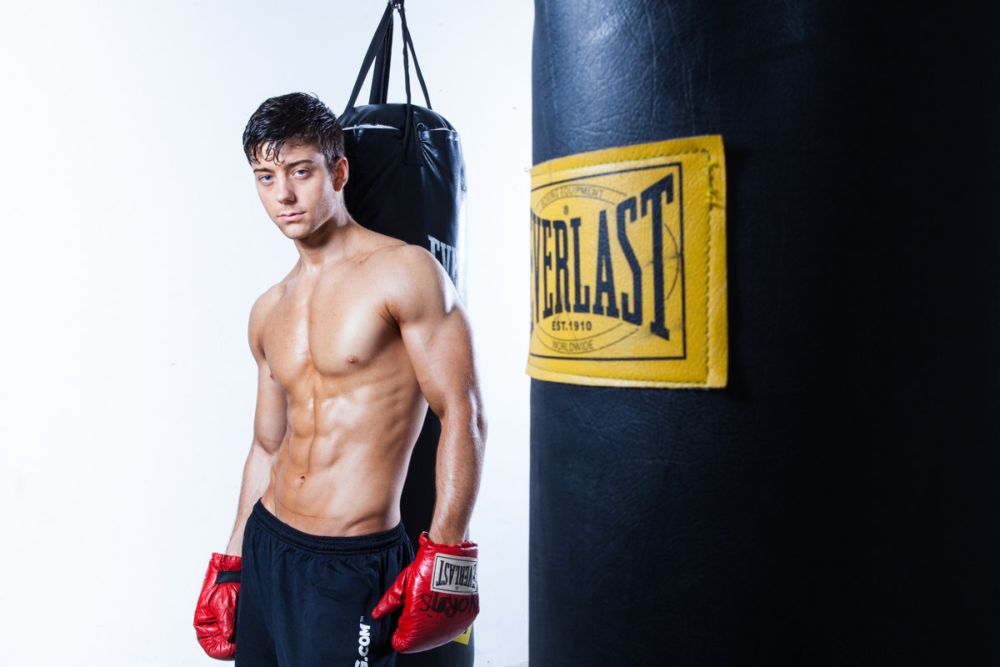 Stephen says that he doesn't usually expect great images at the beginning of a shoot, especially with a new model. Usually it takes a while to build a rapport and reach a certain comfort zone. 'Every now and then you shoot with someone who delivers from the get go.' Stephen reports Korab was immediately comfortable removing his shirt and skillfully delivering great poses. Stephen says they conveyed a prominent 'boy next door' aura and definitely accentuated his level of fitness. 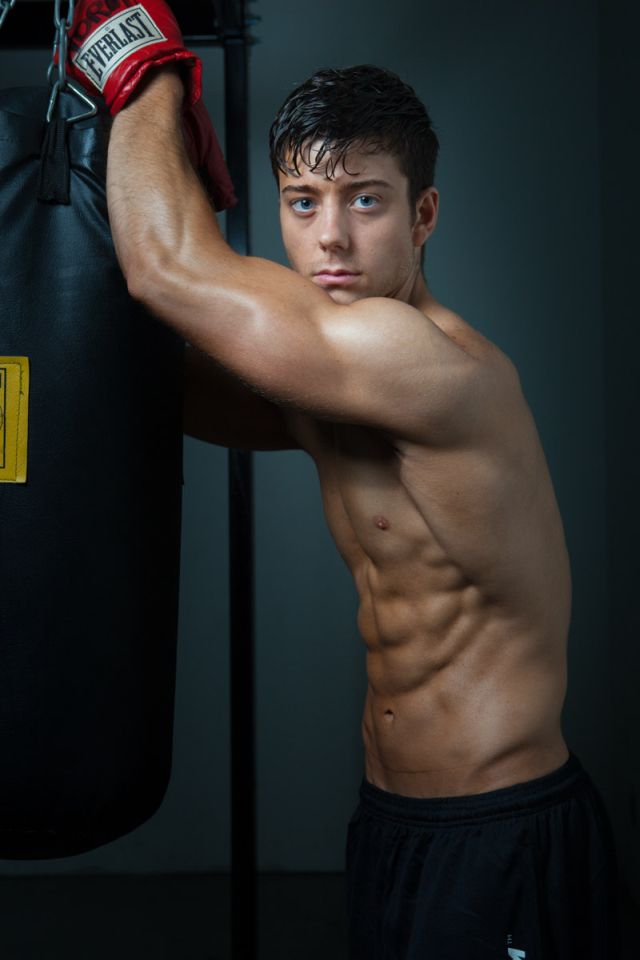 'In addition to being so incredibly handsome, he is so much fun to work with! He and I have a tendency to joke around a lot and I think that someday I will be able to publish a book just of our outtakes.  When we need to take care of business, we get it done and don't rest until we get the images we really want. I should also mention that Kory' dedication and discipline is a true inspiration and motivating force in my own exercise routines and goals.' 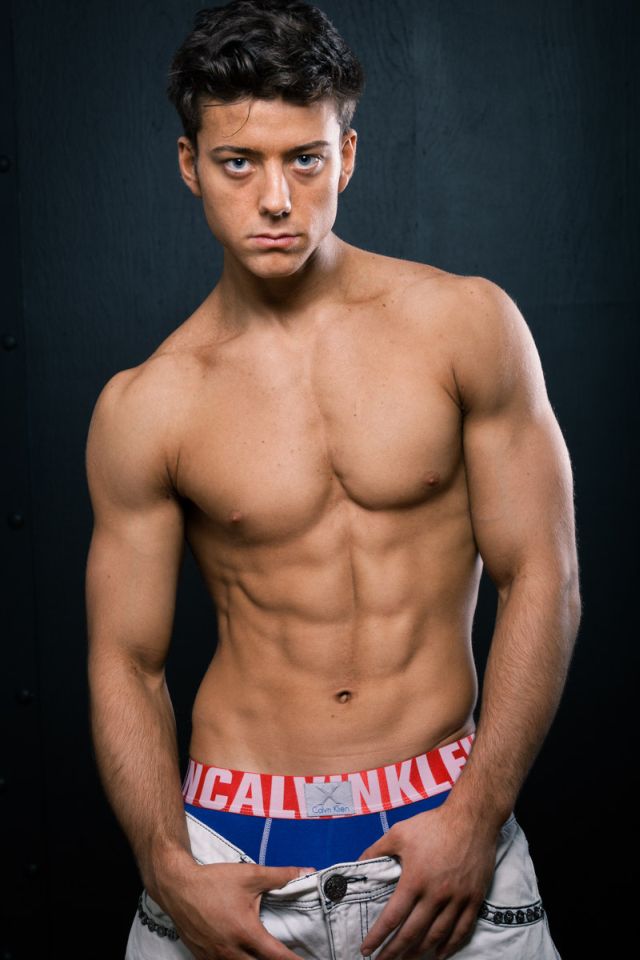 For years people were telling Korab he needed to get into modeling but he would always just laugh to himself and tell them, 'Sure, maybe one day.' One night though, while serving at his Father's restaurant, one of his friends came in for dinner with a photographer. Korab's father's friend was a hairstylist, and commented on what great hair Korab had and the photographer friend with him agreed. Soon after, he did his first shoot with him and loved the experience! Korab also loved the the images, and the feedback he received from others. It not only motivated him to pursue modeling seriously, but also motivated him to transform his physique. 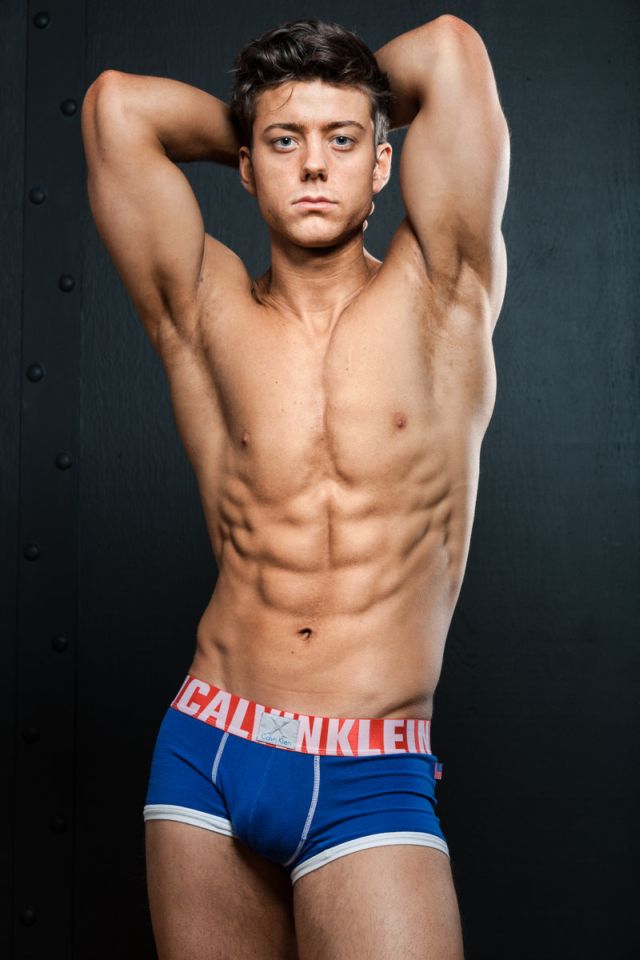 'From my first photo shoot to my most recent one. my physique looks totally different in a good way. I only have been lifting for 3 years and have made a lot of improvement. I'm really into fitness and strive to learn more about it everyday. My dream is to one day become one of the top fitness models in the world. My main goal is to just keep improving and keep growing and to motivate and inspire others.' 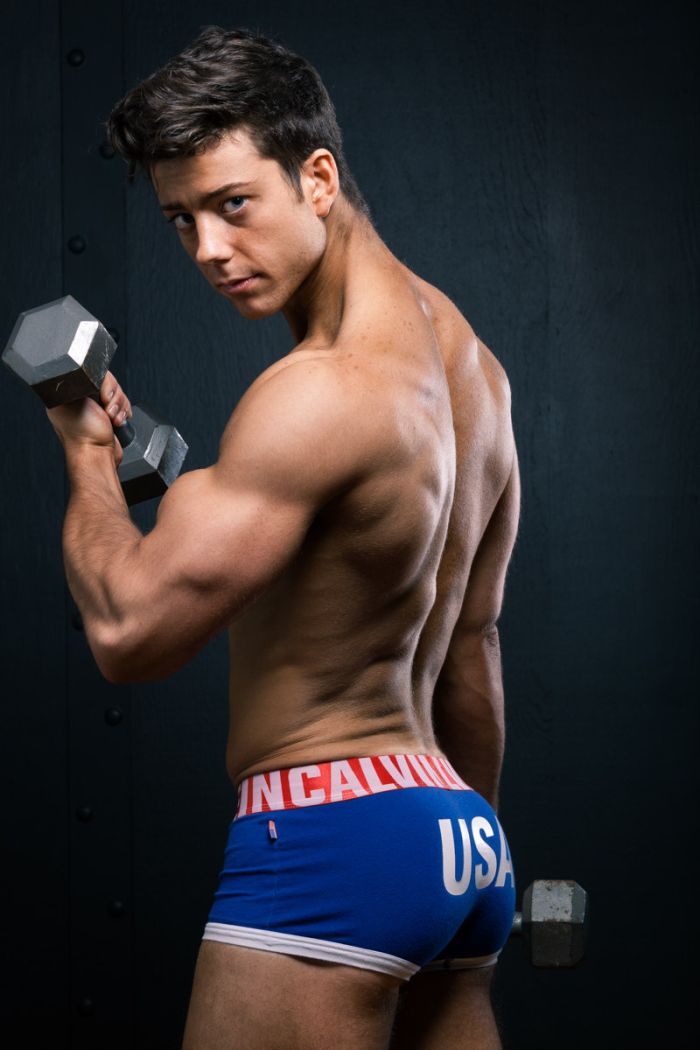 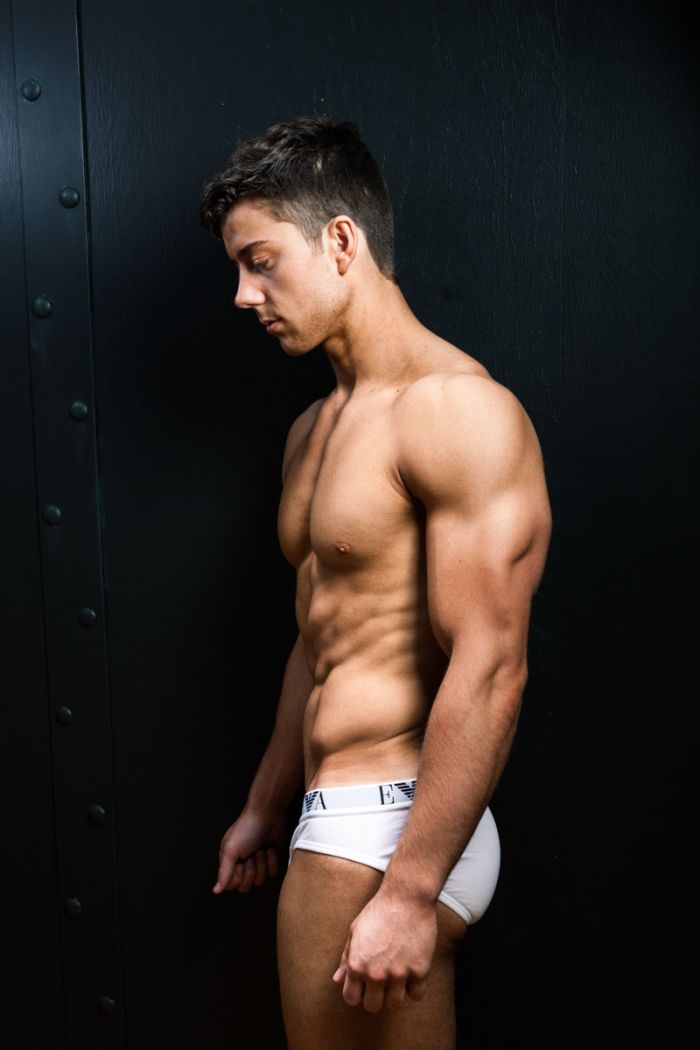