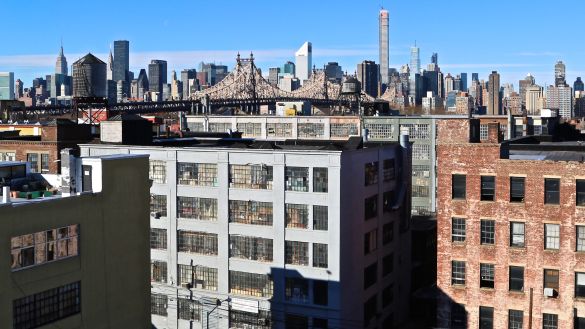 Sooo... Ryan had arrived at the Manhattan warehouse an hour ago, he filled out the application, undressed, then went through the interview with the selection committee. He was told to sit tight, they would be back with their answer shortly. 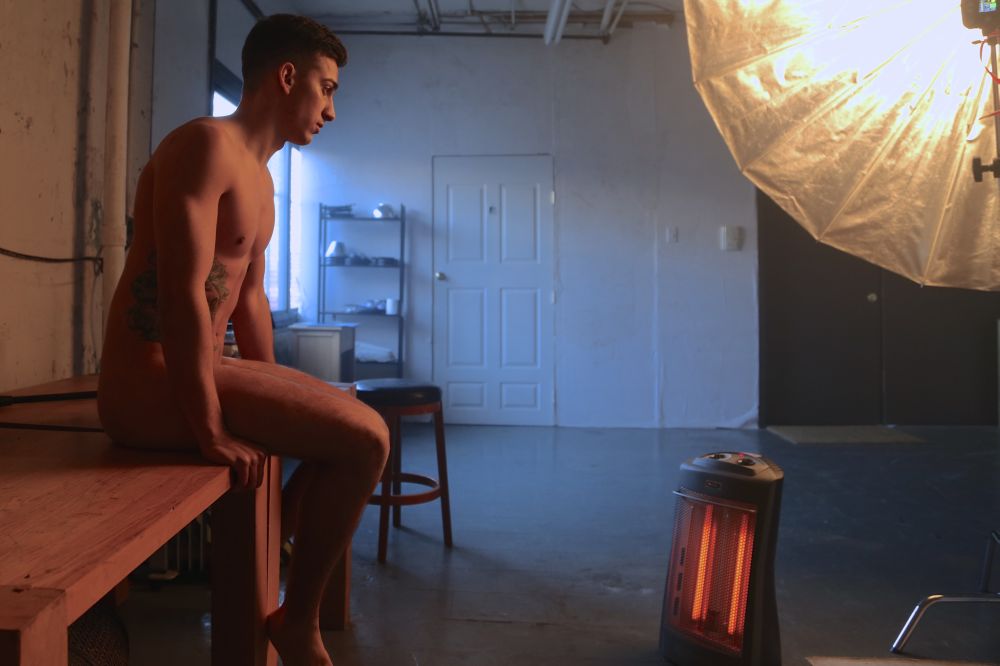 Ryan knew he would be working for renowned New York Photographer Richard Rothstein, but wasn't quite sure what job he would be performing. He watched as the selection committee chairperson came out and finalized the hiring of the model, the stylist and hair person, and wondered what role for on the shoot could possibly be left. Ryan knew Richard usually shot outside, studios were not his thing as was stated clearly in his add. 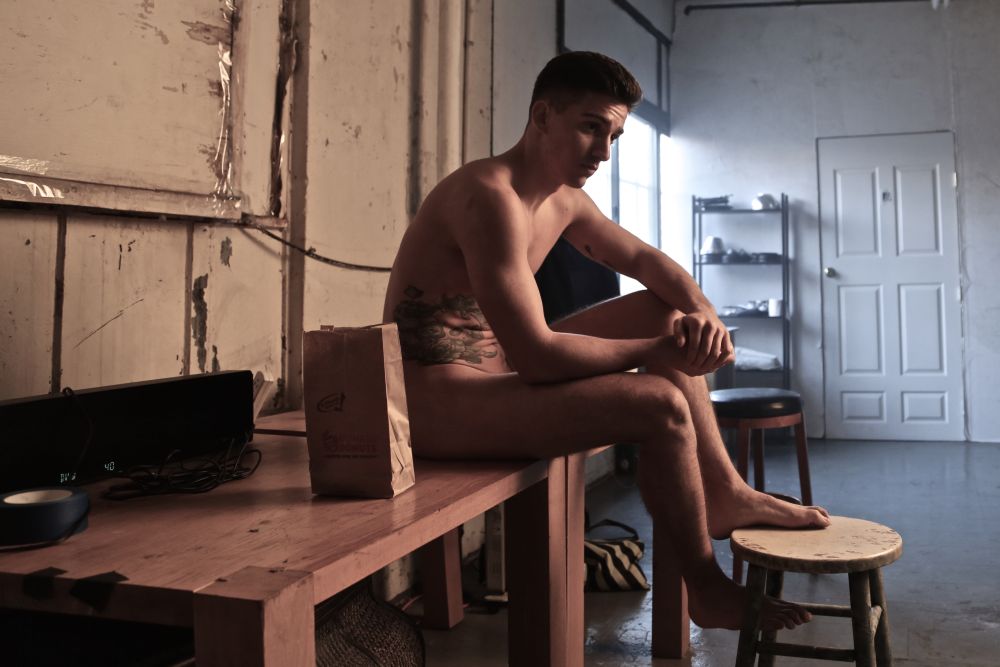 'I. HATE. PHOTOGRAPHY. STUDIOS. They are confining and creatively stifling. Does the world really need another photograph of a beautiful naked or nearly naked hunk against seamless paper or muslin? And then the props. Couches. Vintage chairs. Splashing liquids. Or huge production budgets with lavish sets. As someone recently noted, the streets of New York City are my studio.' 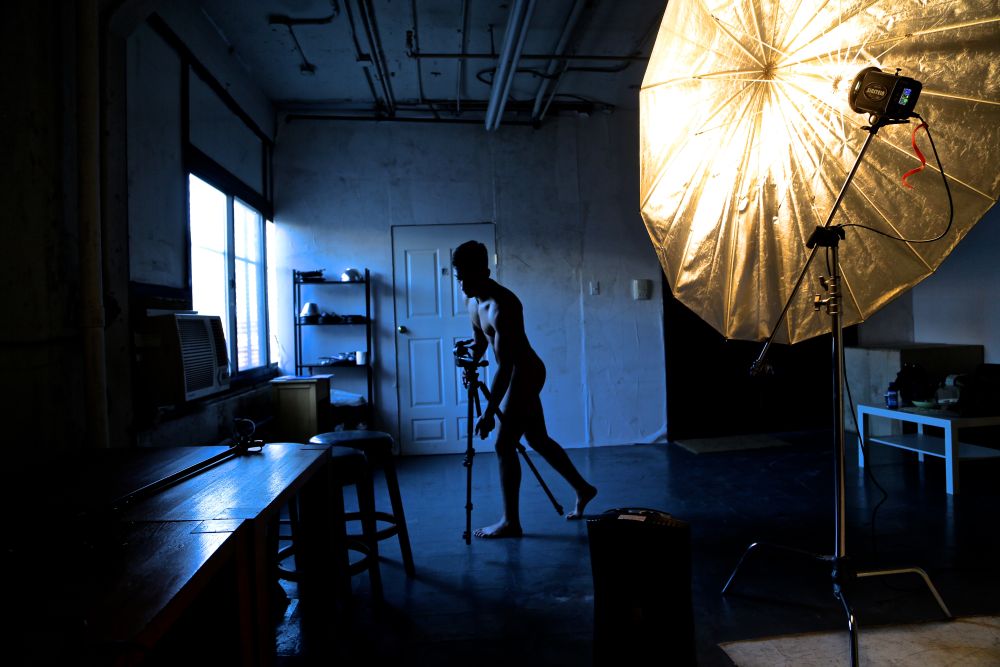 'I love the stories to be told, the living shadows, lights and textures that inspire. But, alas, then there is winter and low body fat men do shiver, complain and shrivel. So I decided to work with the physical limitations of a box, with all of its cables and tripods and lights and reflectors….I couldn’t bear it and decided to go anti-studio and use everything except all the stuff I was supposed to use.' 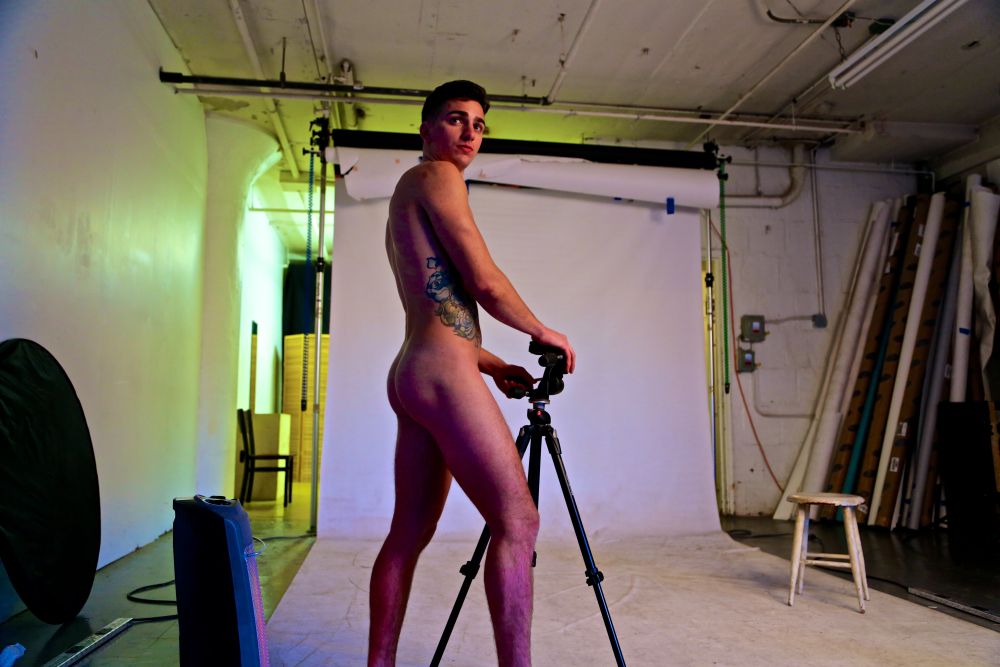 This is where Ryan comes in... instead of naked modeling, Ryan's role was that of naked production assistant. Richard shares he was pretty happy with Ryan as his new 'PA', he performed his duties skillfully, assisting with effects and lighting, set up and take down. 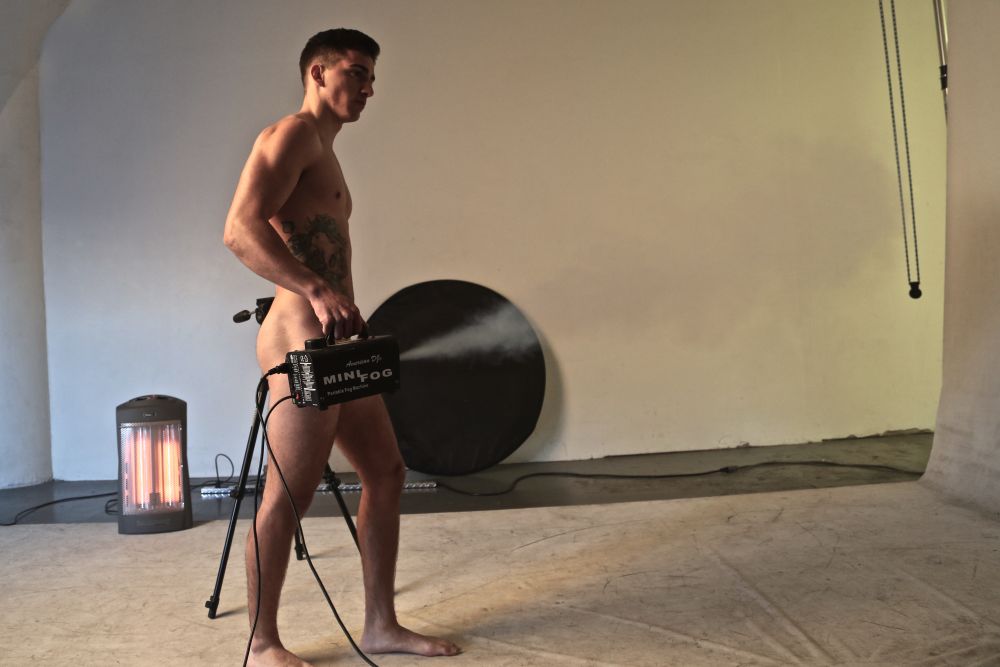 With the success of this shoot, with the help of course of his 'PA', will Richard venture back into the studio? It all depends... If you check out some of my December posts, you know that Richard has been successful in the past getting men to, as he put it, 'prance about in the snow and ice' For myself, I am on the fence. As much as I love Richard's outside work, spring isn't that far away... Richard beautifully managed to ignore any physical limitations of working inside, and drew in those same living shadows, lights and textures that nature so easily provides. 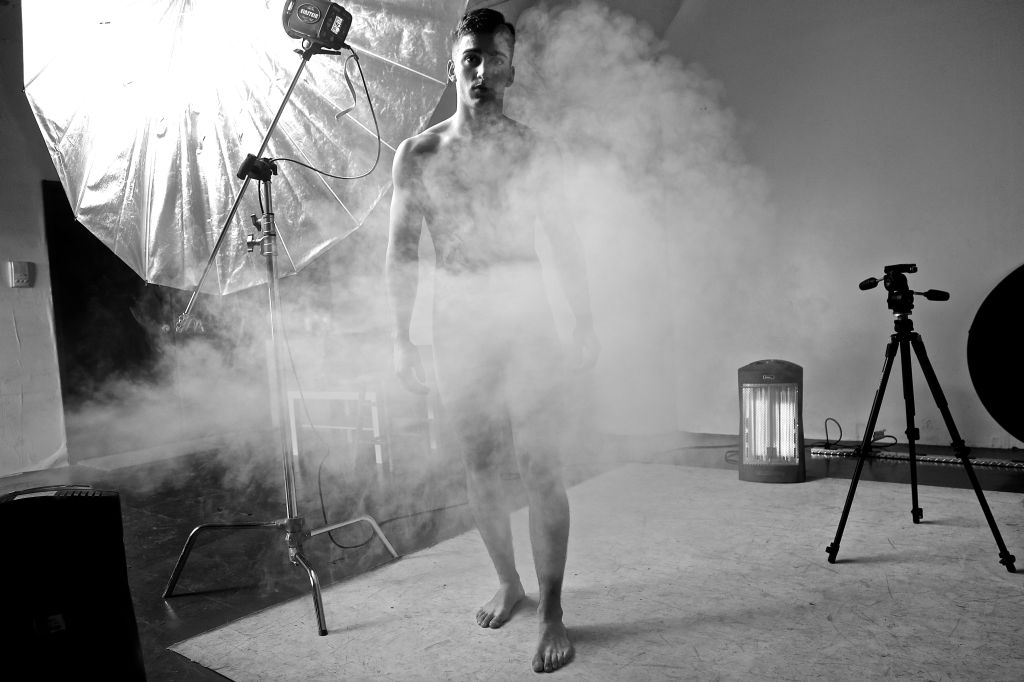 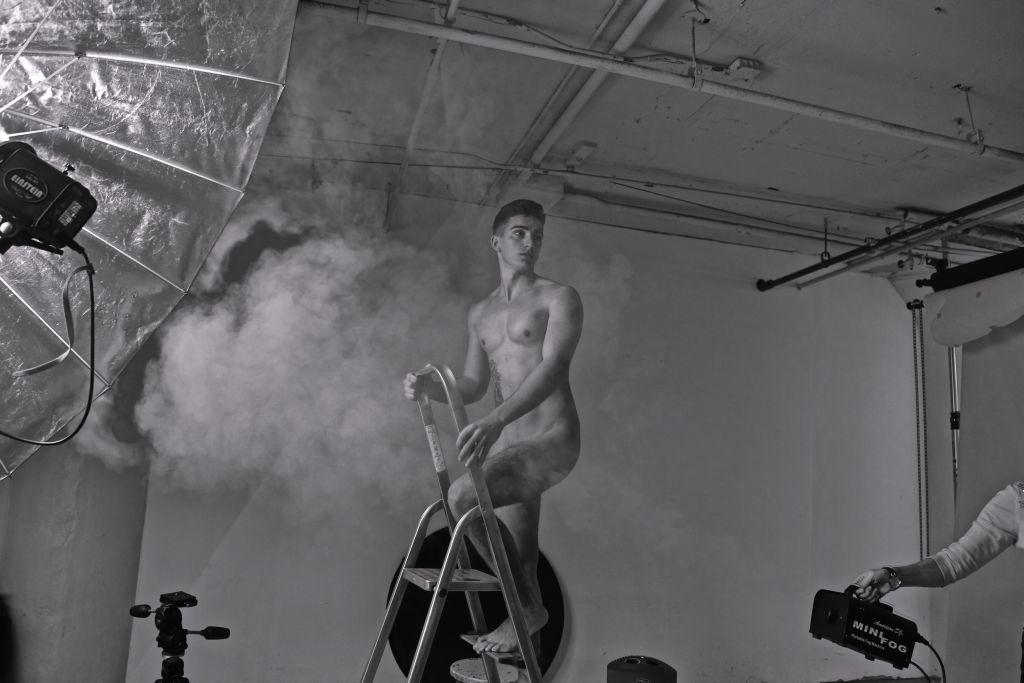 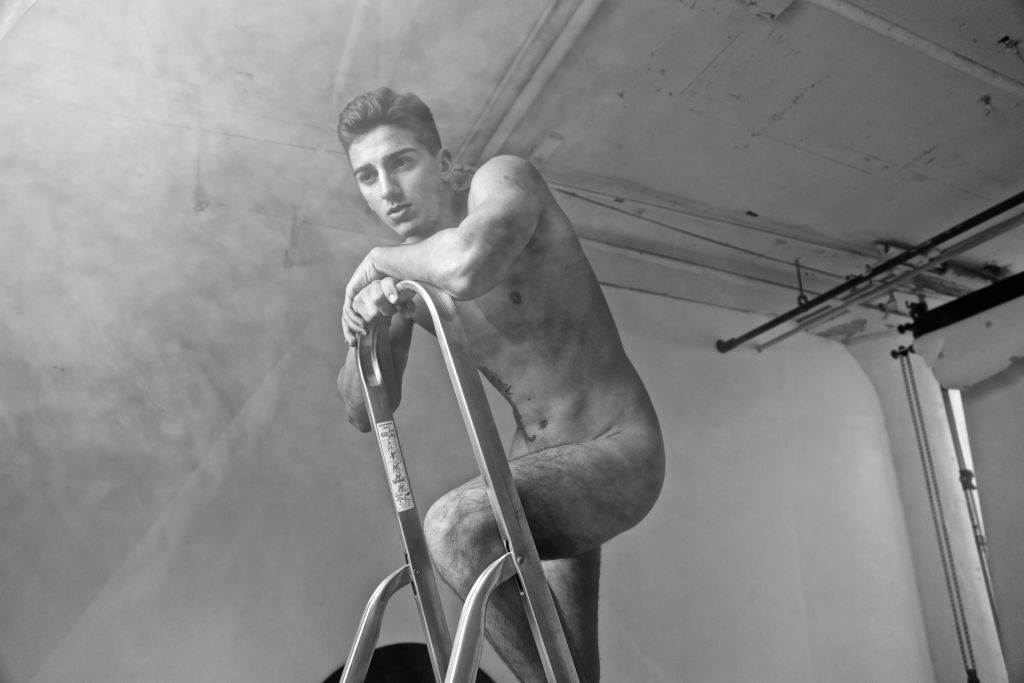 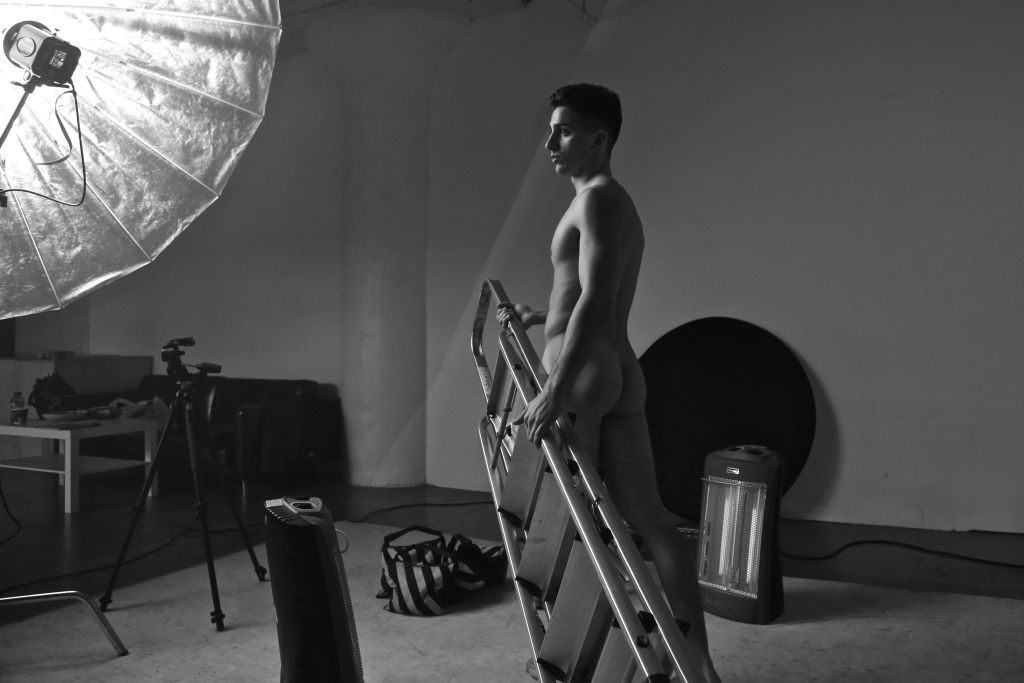 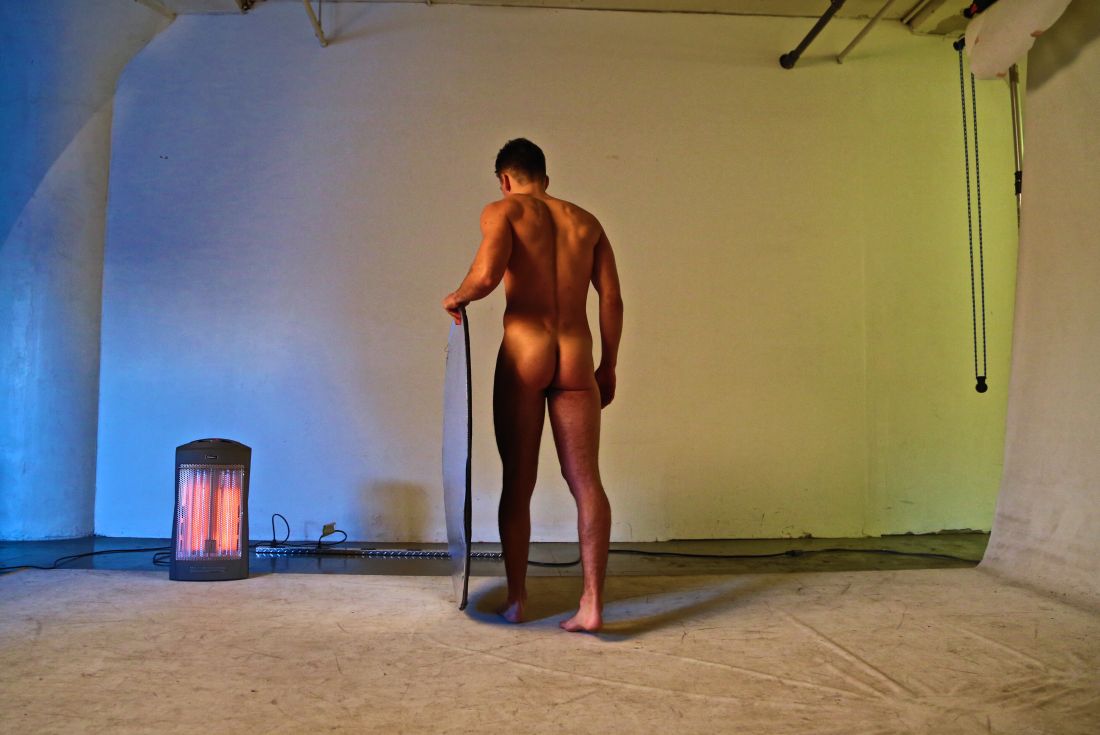 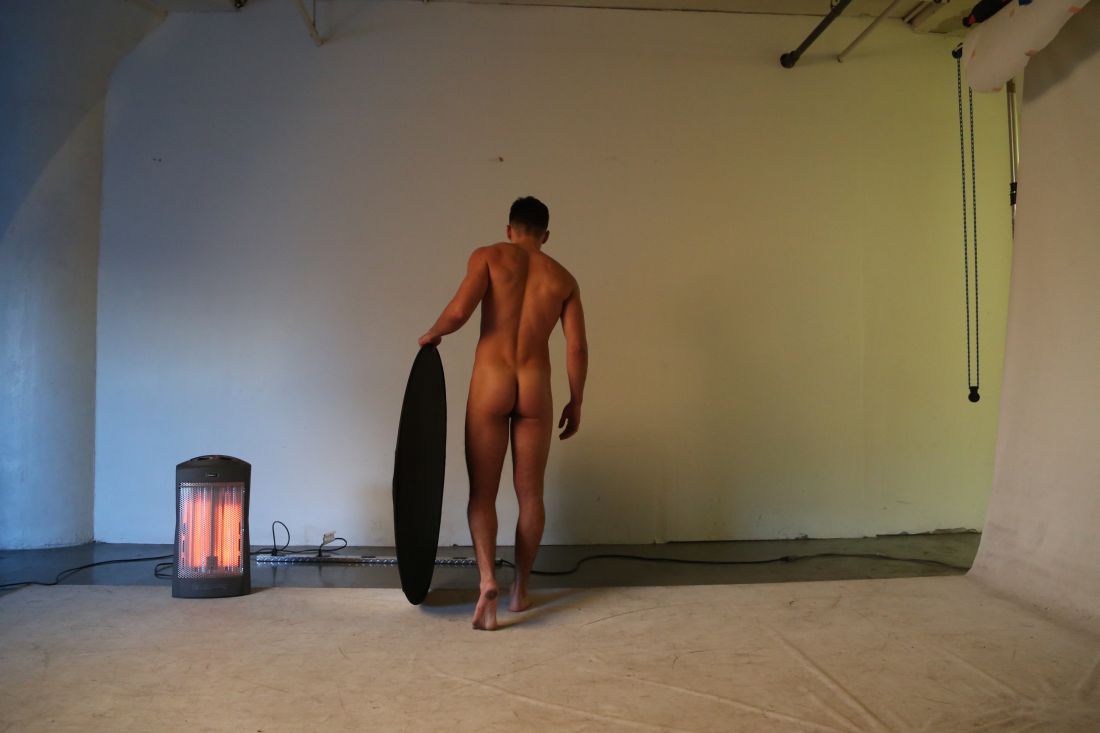 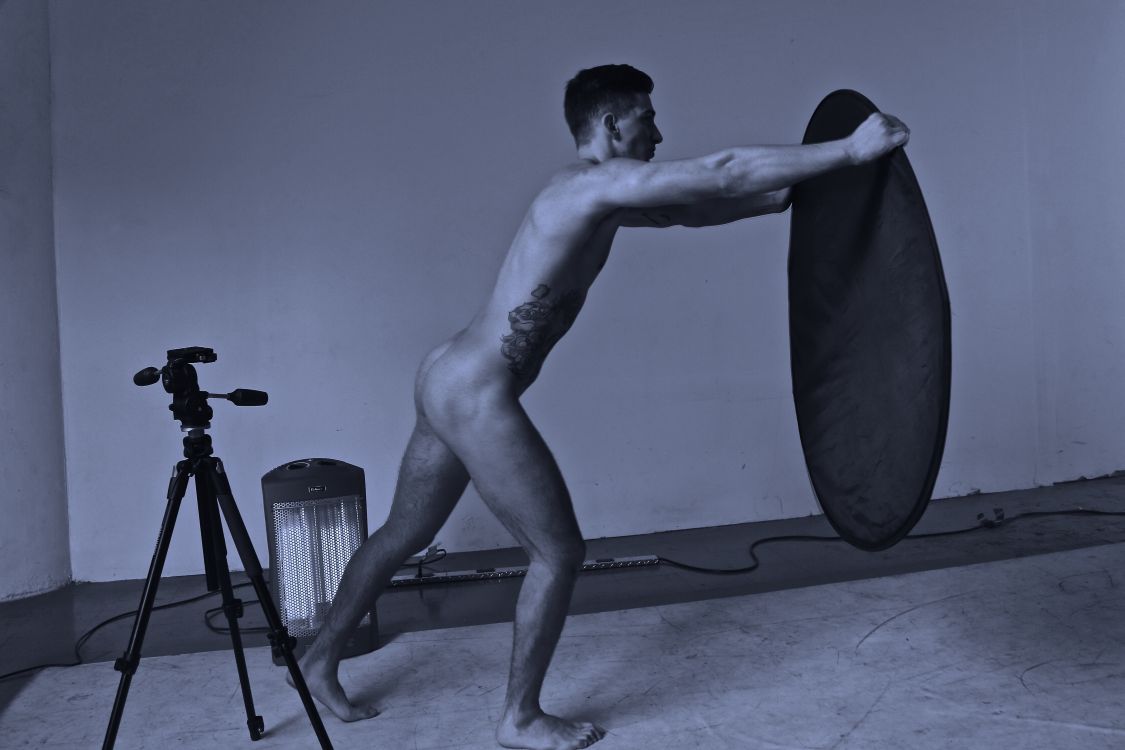 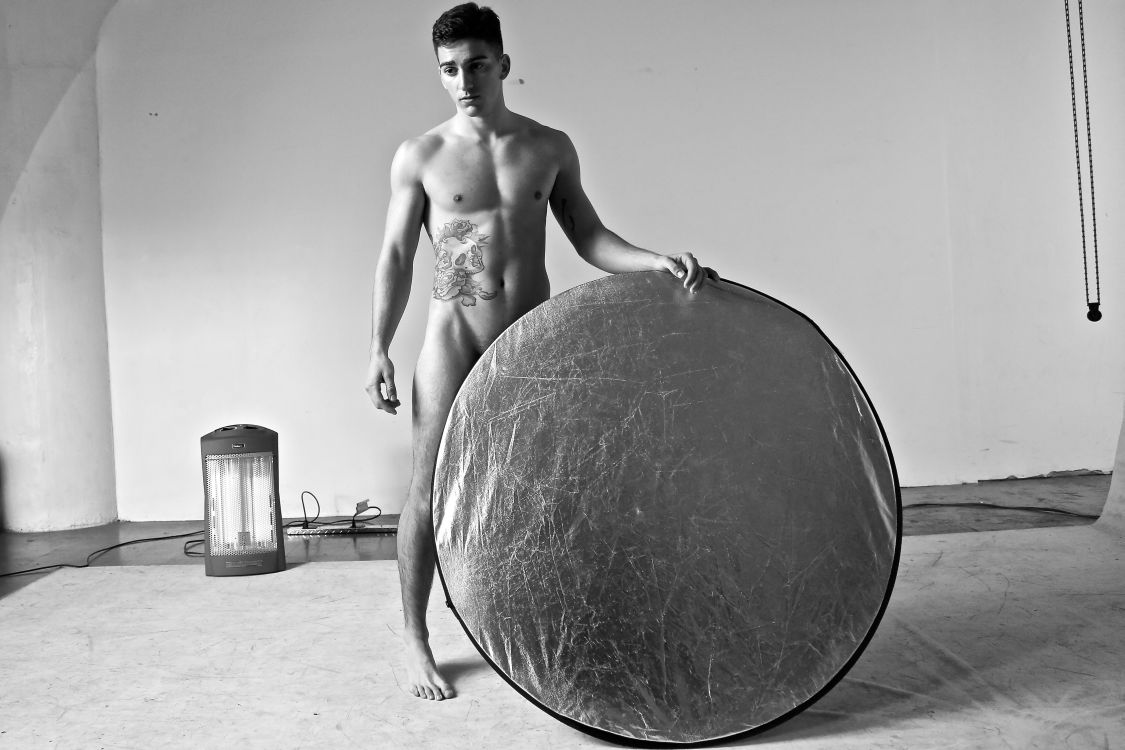 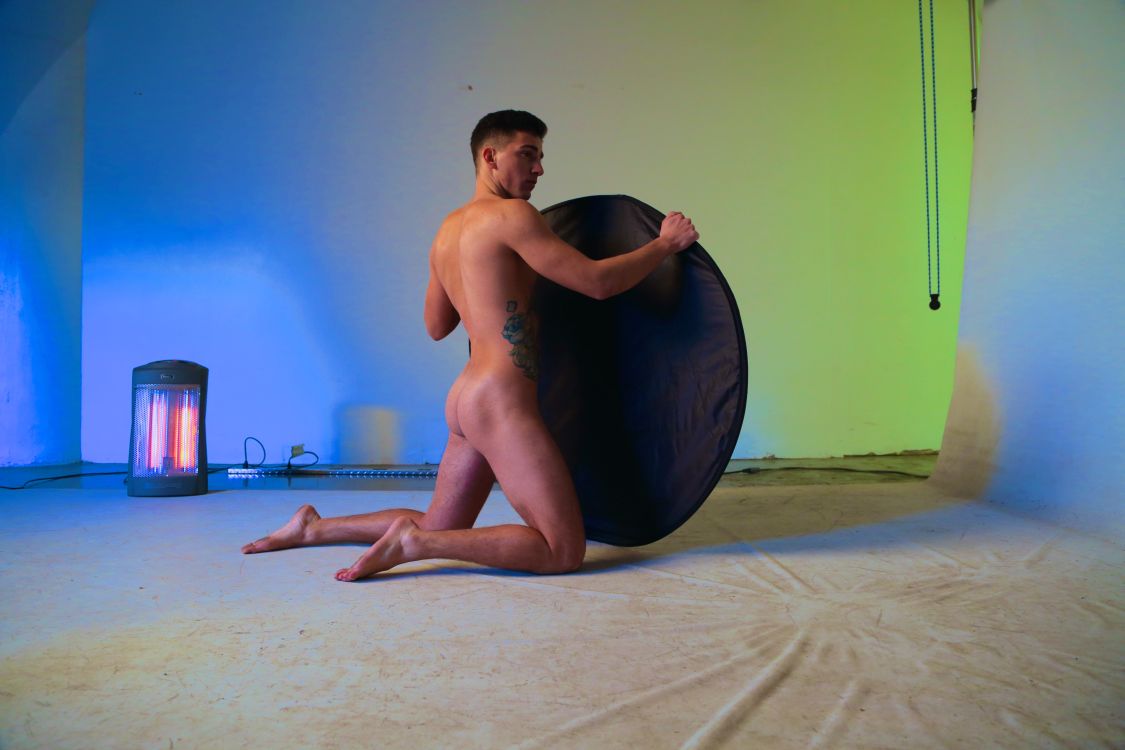