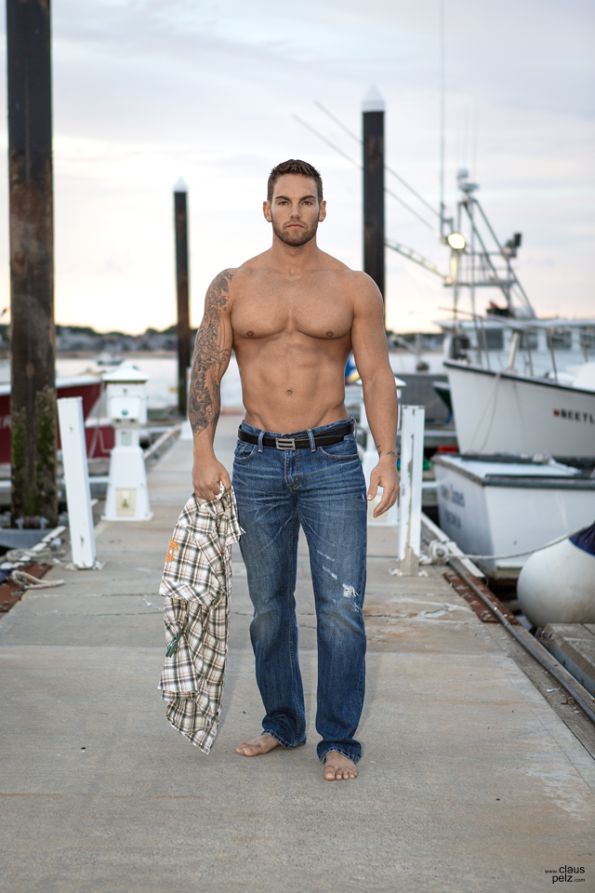 When I contacted Chicago based photographer Claus Pelz about featuring his work with Brian, it was based on seeing images from their second shoot. When you scroll down to the next piece, you will see there is a distinct difference between the two shoots Claus and Brian had together. I almost shaved off this first set of images. I added them back for a couple of reasons. First, I love the panoramic style in which Claus captures his models within their location. Brain looks exceptional in any image, but I love the way Claus brings his surroundings, especially the way Claus shot and framed Brian on the sand dunes. In addition I wanted to give a visual example of the differences between the first and second shoot. 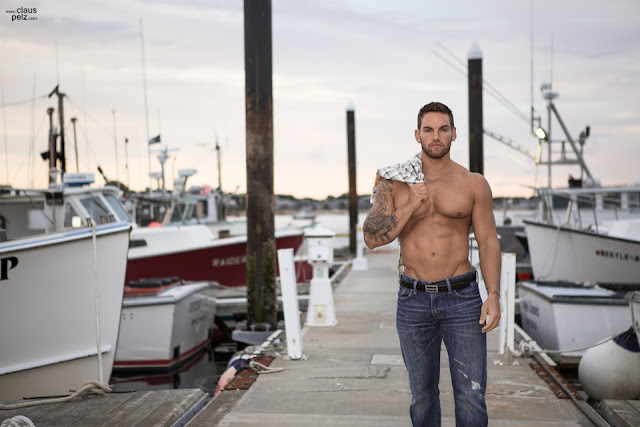 'We did the first shoot when I visited Provincetown in July 2012. Brian is from the Boston area and came to P-Town to do the shoot with me. He is a really nice and friendly guy and he has that hot Boston accent. We were taking the photos where we created that rain effect when people walking by asked to take a photo with him. One of those rain-theme photos made it into my 2014 Physique Calendar.' 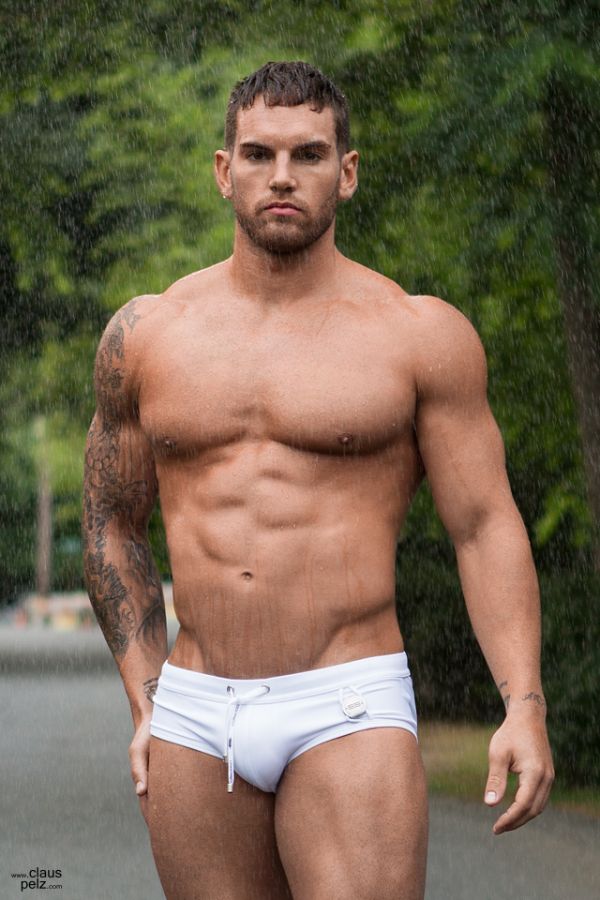 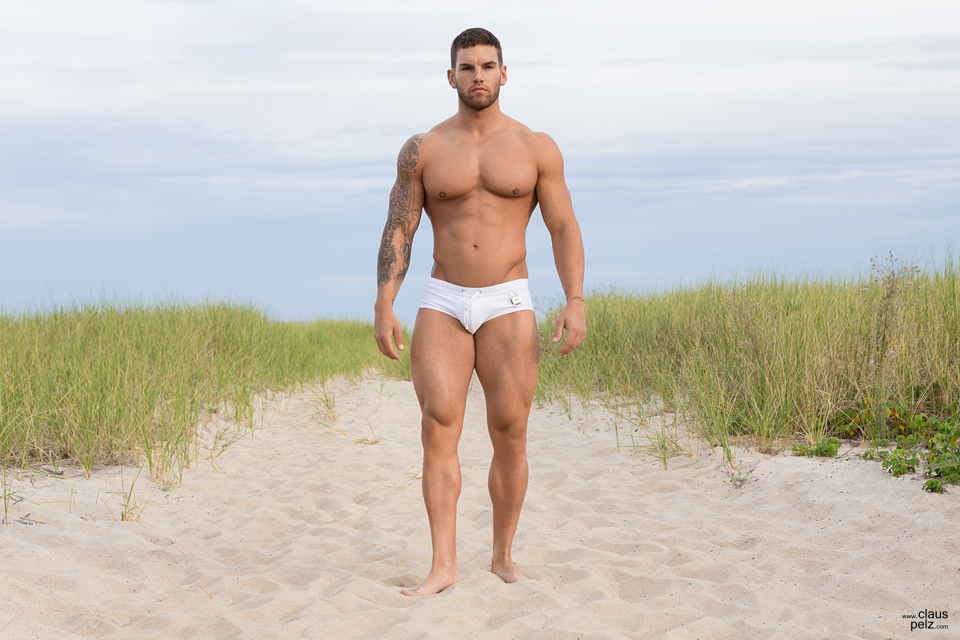 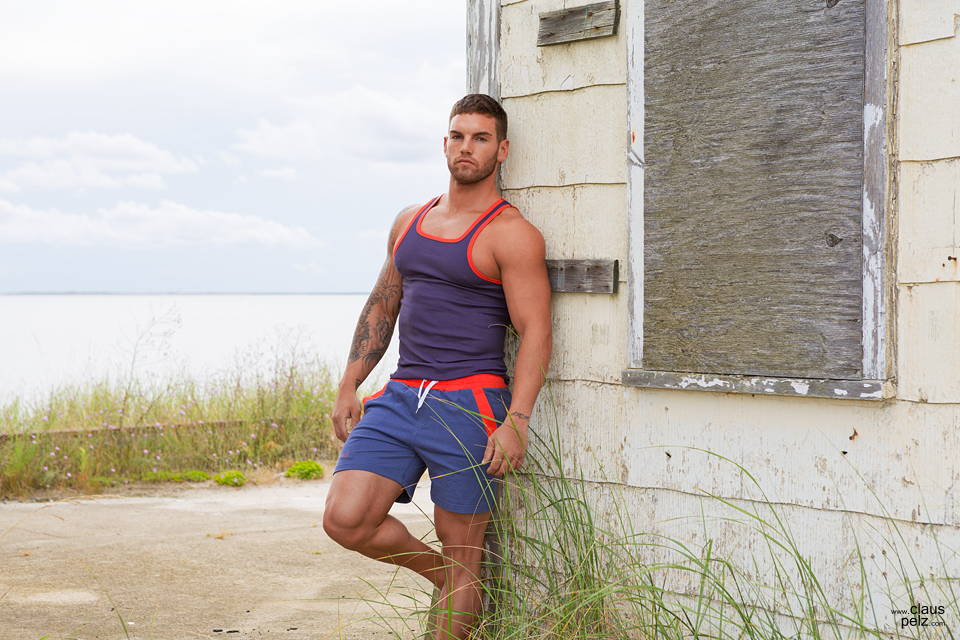 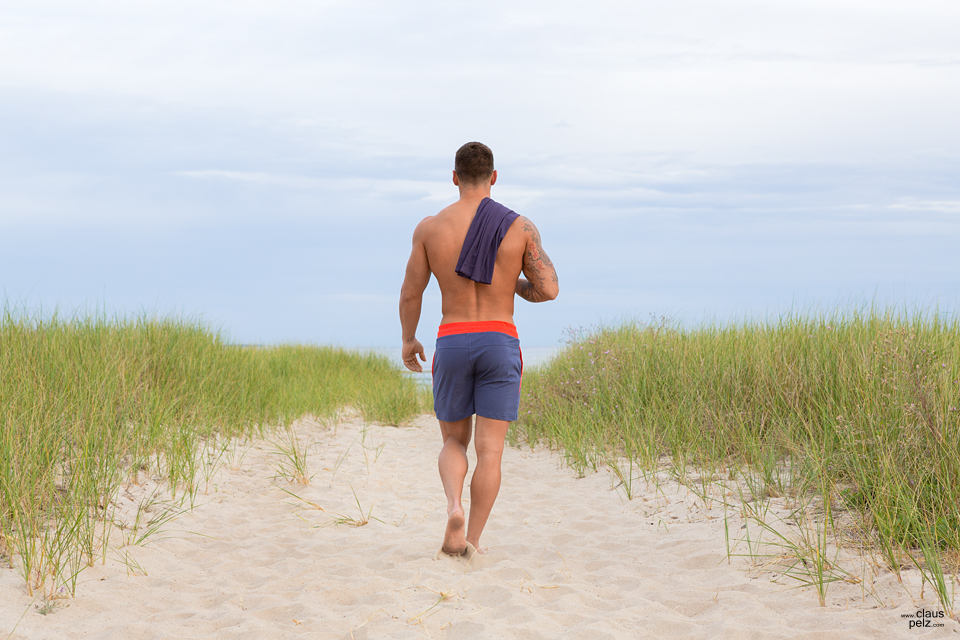