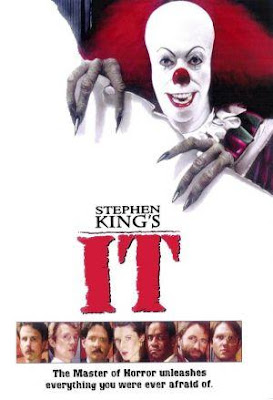 One of my favorite authors has always been Stephen King. Although known for his horror novels, some of my favorite of King's work is non horror. When it comes to having the shit scared out of you however, IT tops my list of one of the scariest of King's novels. First off, like many, I have an irrational fear of clowns. From Batman's Joker through that horrors that are circus clowns, my childhood is riddled with nightmares of running through dungeons and creepy old houses trying to escape the long pointy white gloved fingers of an evil clown. 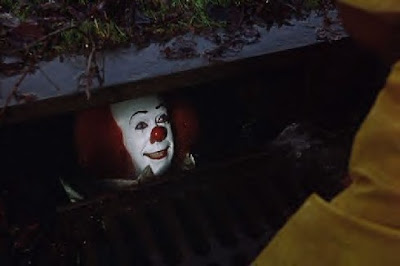 King's Pennywise brought my childhood fears to life with Tim Curry's portrayal eerily close to the clowns of my nightmares. King's movies generally don't translate well to the screen, many have not come remotely close to the power of King's written word. A few, Dolores Claiborne being another favorite, have done his books justice. IT is by far the best of his horror novels adapted for film. IT wisely was not made a feature film, but became a television project in the form of a 1990 mini-series. 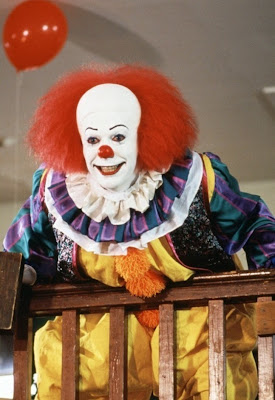 The movie, broken up into two sections (1960 and 1990) focus's on a group of friends terrorized by not only the clown from hell but their own personal demons. The characters are portrayed both as children and as adults and the casting for each group is exceptional. The late Jonathan Brandis (below) is a stand out as Bill in the first section set in 1960. 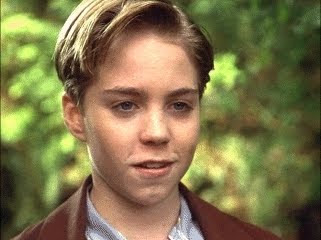 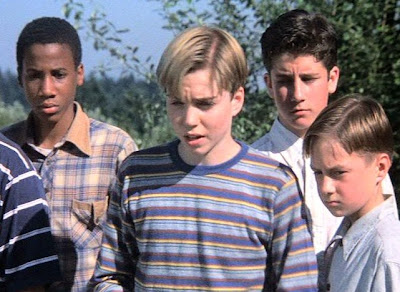 Interesting that the makers of the movie, chose for the adult counter parts, a collection of some of the most likable and non threatening television personalities of the time. For a movie so horrific, having John Boy Walton as the lead lures you into a sense of safety which they quickly rip out from under you. 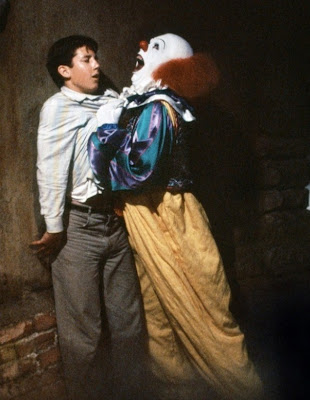 Besides Richard Thomas (The Walton's) the adult cast also includes John Ritter, Annette O'Toole, Dennis Christopher, Harry Anderson, Tim Reid and Richard Masure. It is a truly a credit to the director, Tommy Lee Wallace and the writers Stephen King (book) and Lawrence D. Cohen (teleplay, parts I & II) and Tommy Lee Wallace (teleplay, part II) that a made for television version of Kings novel is more frightening than anything they have produced of his work for the big screen. IT is not just terrifying for what it shows, it is equally terrifying because of what the characters are so desperately trying to hide. If you have not see IT, there is no better time than Halloween. 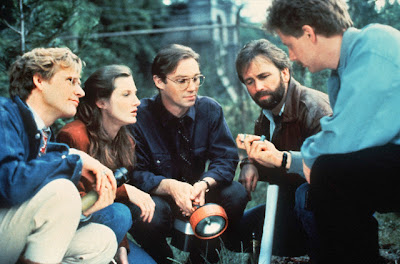 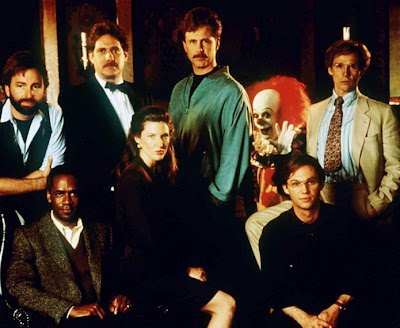 OMG Between reading IT and Pet Sematary as well as watching Carrie,my early teens were a mess LOL.I couldn't even watch the mini series of Salem's lot and to this day,Clowns scare the bejesus outta me thanks to Pennywise!In fact,this month,my library polled readers and IT was the scariest book most of them named.

I've read Pet Semetary over and over again and never tire of it. I'm so hoping it's on Netflix streaming because I really want to see it now this weekend.