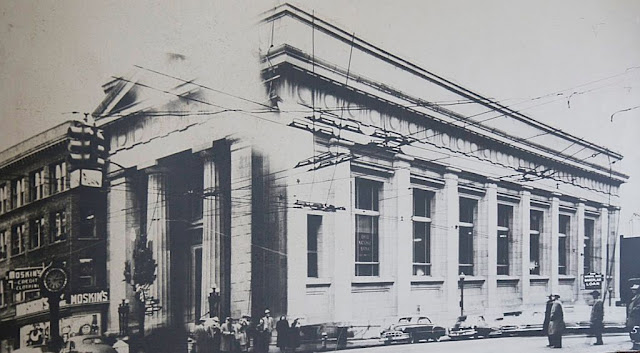 The first time I profiled Robert Colgan's work was in the summer of 2009. The focus of that post was his work with model AJ Kessler (AJ Kessler by Robert Colgan). I was struck at that time how Robert so brilliantly blended AJ into his surroundings. In places and locations one might not expect to see a naked man, Robert made them looked like they belonged there. Some of the most powerful images were of AJ in what appeared to be an old bank vault. 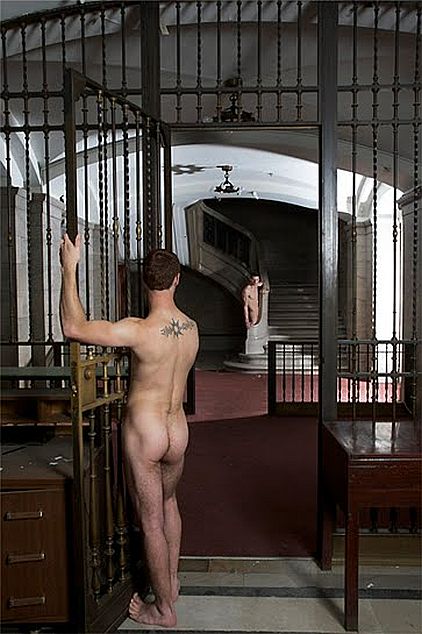 Last week I spent more time exploring Roberts work (Robert Colgan on FH) and in my profile of his work with Anthony Muncy the vault appeared again. The shots of AJ and Anthony were actually from the same shoot and Robert was kind of enough to share more from the shoot with FH. 'It's actually a pretty amazing building - been empty since the '70's and remains as such. I'm hoping to persuade the owners to let me explore one more time before it's too late. It seems as though I have the bad habit of finding cool locations just before they're slated for demolition or restoration, and this particular site has been sitting much to long for nothing to happen!' 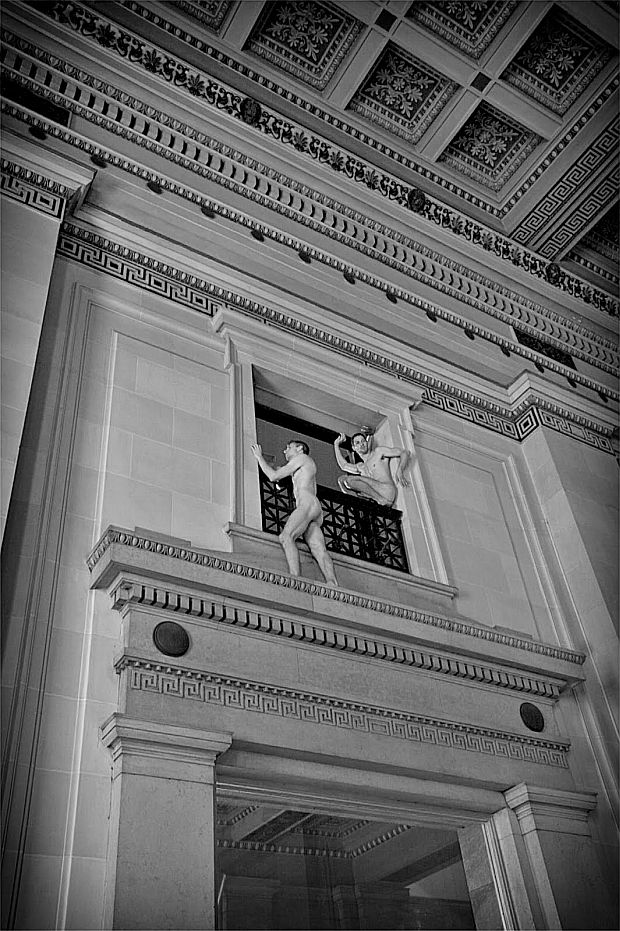 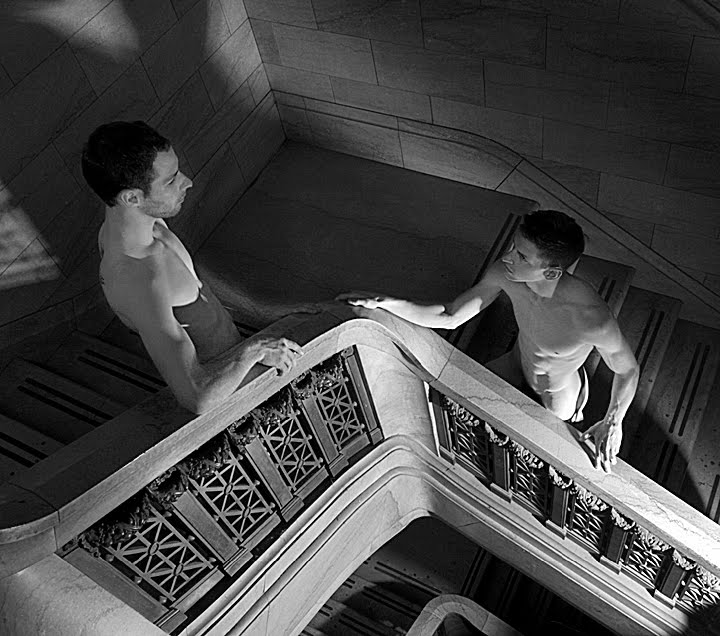 'The three of us spent about 5 hours exploring and shooting in the building. It was eerily silent and dark. Most of the lighting was from some strobes that I was able to find power to operate by running extension cords. At one point, we were coming up the stairs from the vaults and I noticed the outlines of wet shoe prints on the marble on the stairs in front of us and fading out across the main bank lobby. None of us had come up those stairs before and when we checked our shoes, none of them were even remotely damp. There was a sudden nervous tension among all three of us. We quickly combed the bank and found no one. That's when I terminated the shoot.'

'We never did find the origin of those footprints, but it definitely left an interesting impression on us all!' 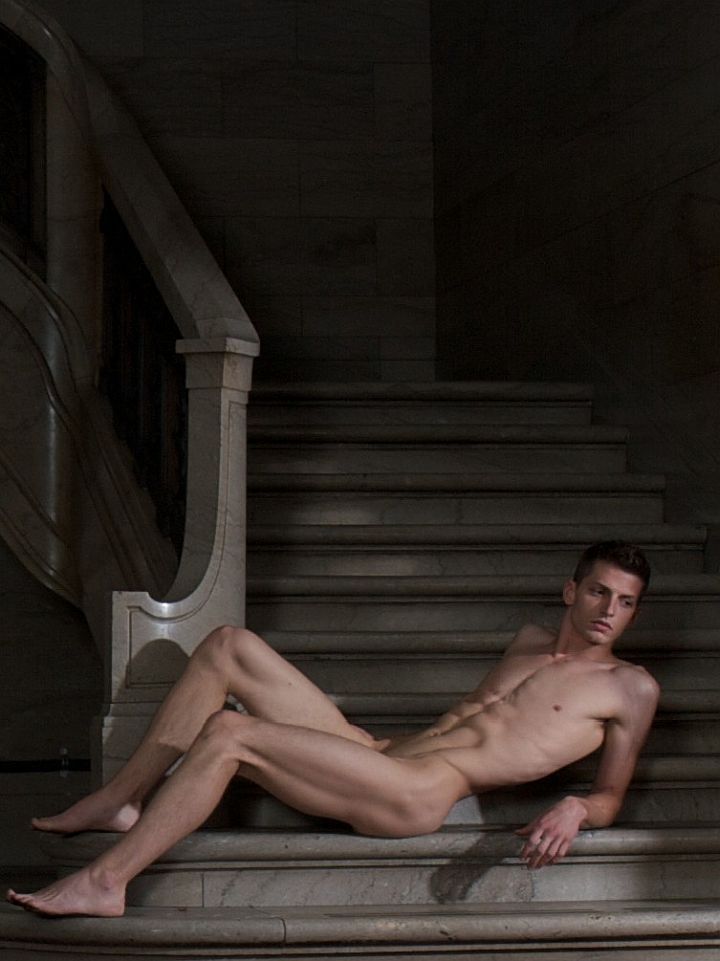 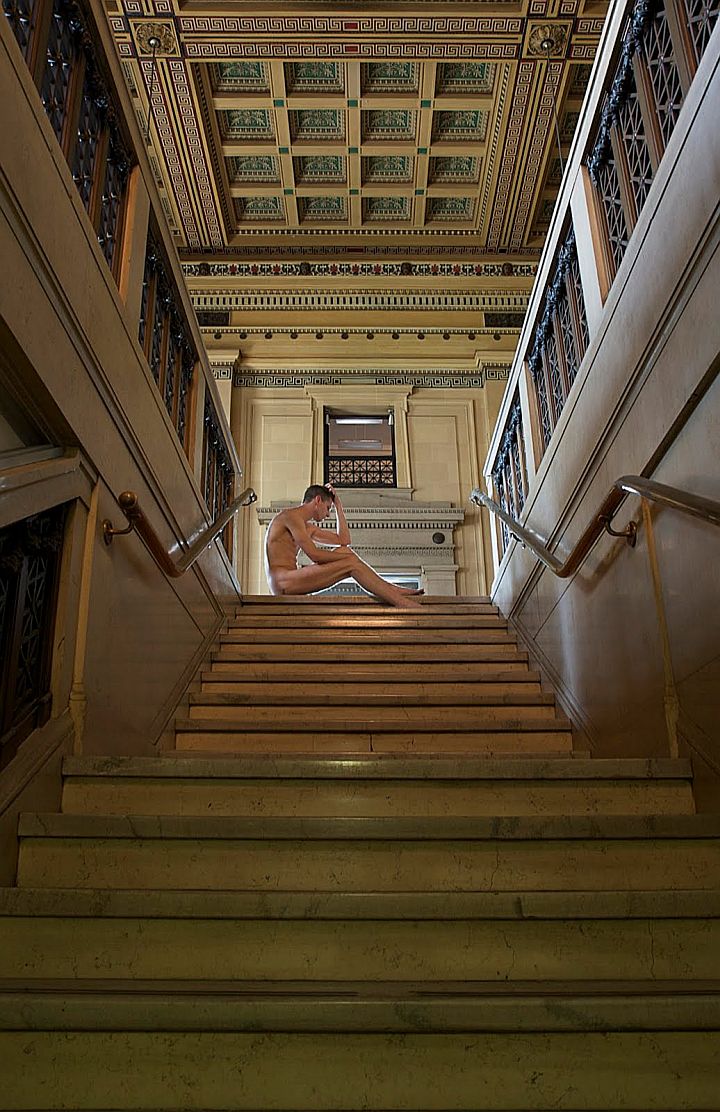 These shots also left an impression on me. You can literally feel the past, the history of the building and the hundreds of thousands of souls which must have passed through. Banks are odd institutions, they bring both joy (you got the loan) and equally sorrow (the loan is denied, dream squashed). They are places you went as a child to open up your first bank account with five bucks and places requiring great security due to the constant threat of crime. Many home owners are married to banks through mortgages and many found themselves violently divorced during the recent financial crisis. 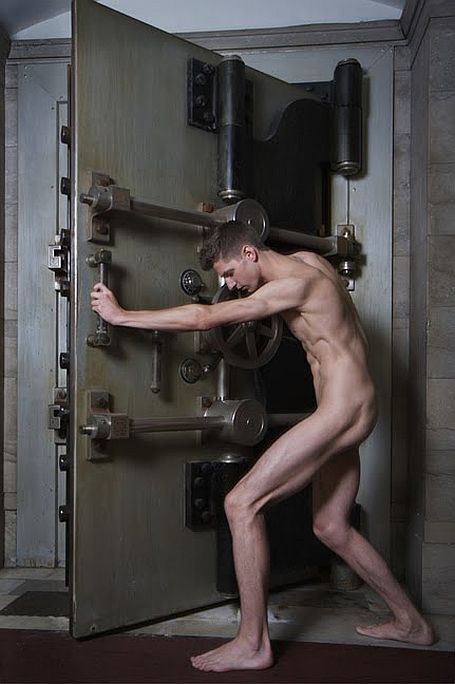 The very first photo at the top of this post is an exterior shot of the bank that was on the floor in one of the offices when Robert, Anthony and AJ were shooting. Robert believes it is from the 50's. The shot is from a time when architecture and detail were mainstays in building. Colgan is a master at blending man and location and in my last profile of his work discussed what Robert calls urban exploration. 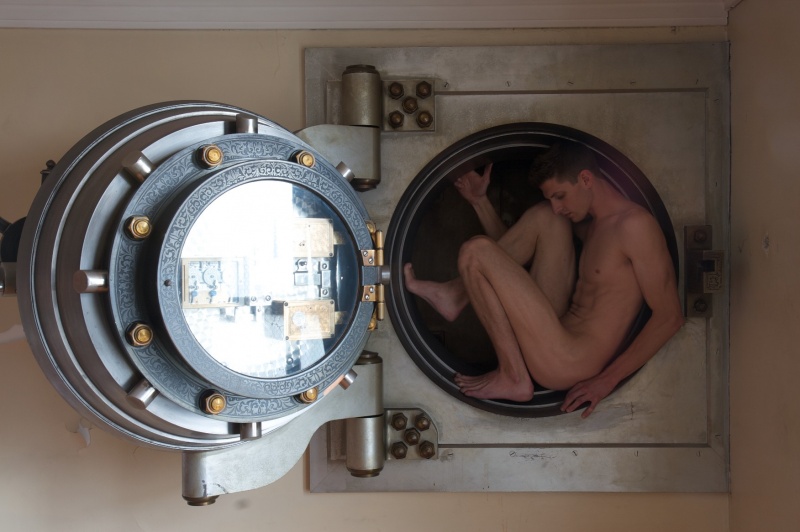 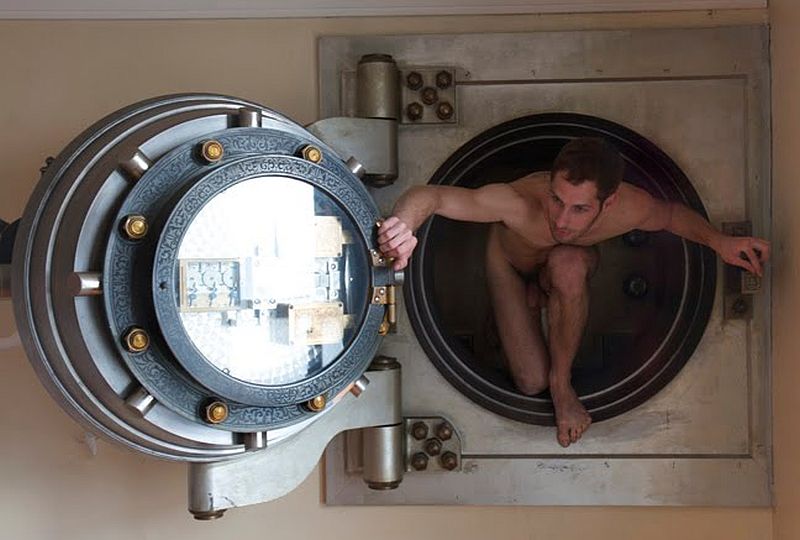 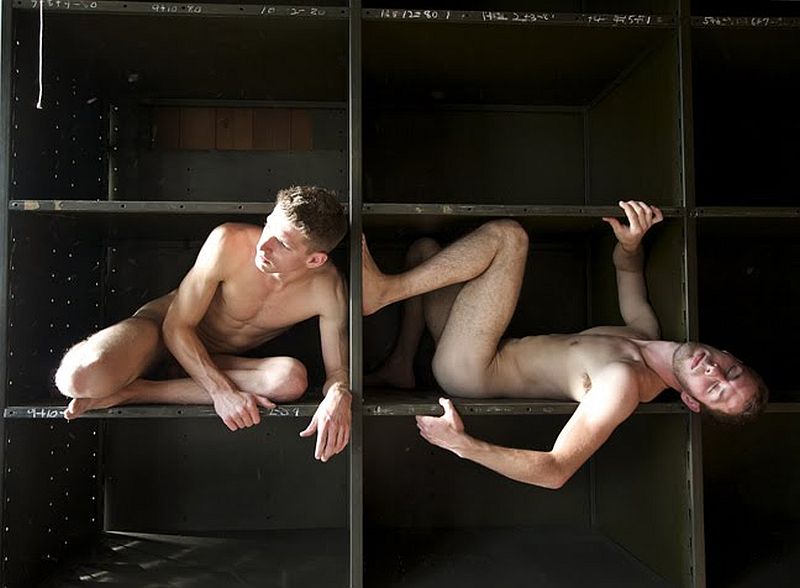 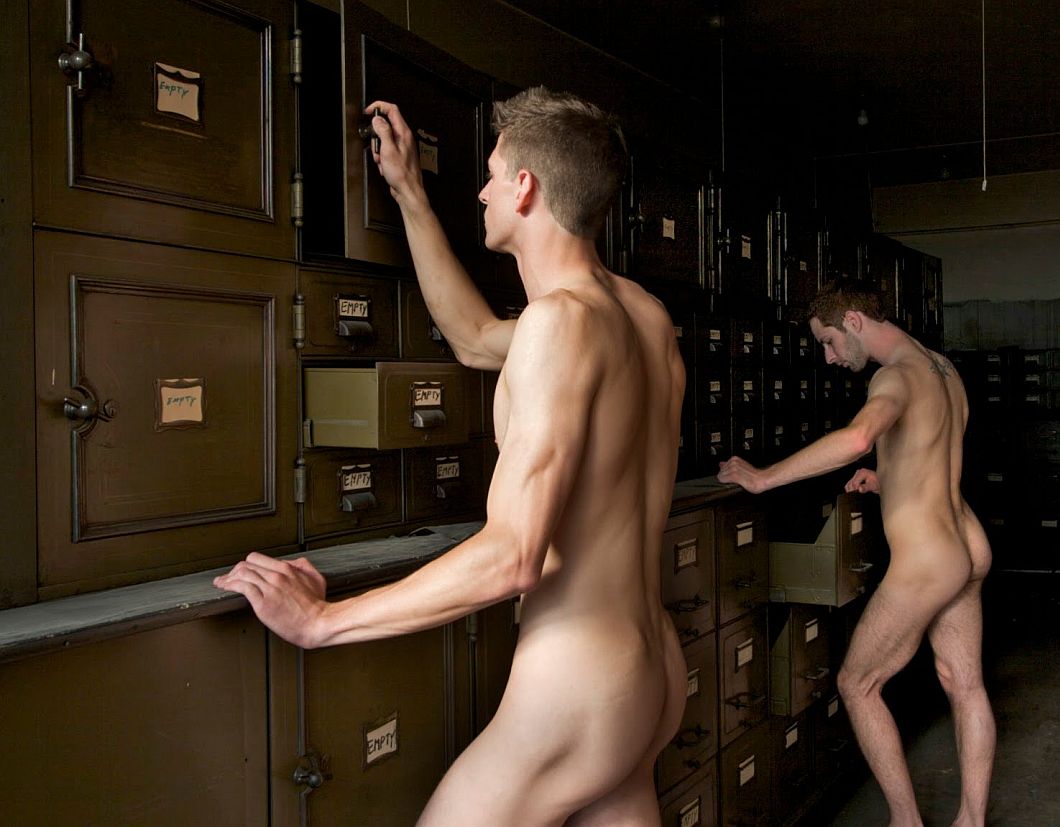 The ceilings of old buildings are amazing. Just like the upper facades of modern buildings, nobody cares to do anything much with the ceilings anymore. The pic of the guy lying on the handrail of the staircase is so beautiful. I'd LOVE to run around naked in that building!

I want to make a deposit