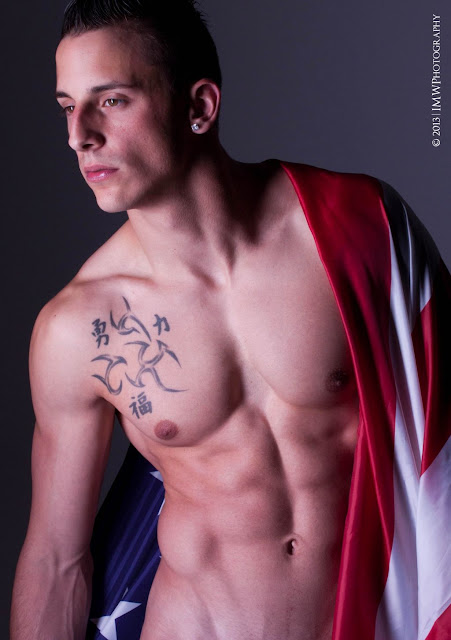 'I'm just a small all self-taught newcomer, but I try to reach a High standard within my work.'
Igor Menezes 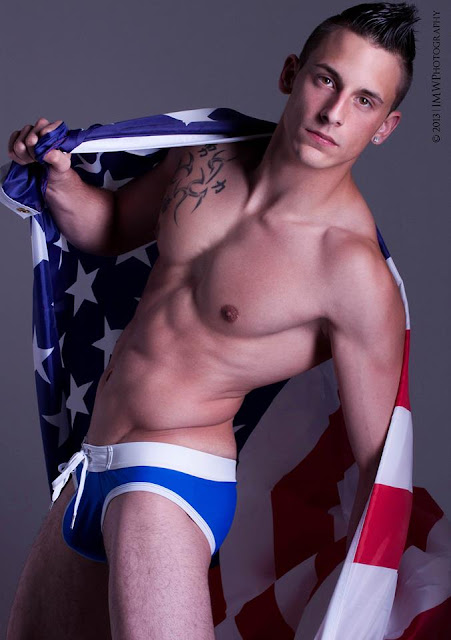 Although photographer Igor Menezes may be a newcomer, his finished images have a powerful impact and look as if they were captured by a seasoned professional. The Stuttgart/Ludwigsburg artist has a focus on fashion, fitness and portrait photography. The first image of Igor's was the eye catching image, directly above of Chris. The image immediately grabbed by attention due to Igor's use of lighting, it's strong composition and vibrant colors. 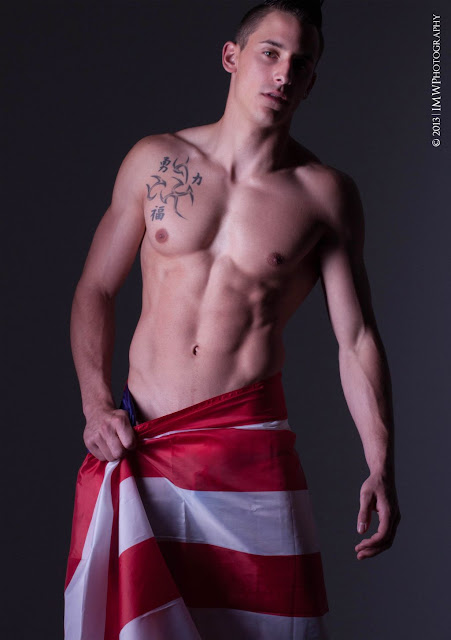 The photographer's shoot was inspired by The 4th of July. Although not American, Igor has a love of American Culture and thought he would love to do a themed shoot and tried to keep it on a more Editorial, and not to costumie. 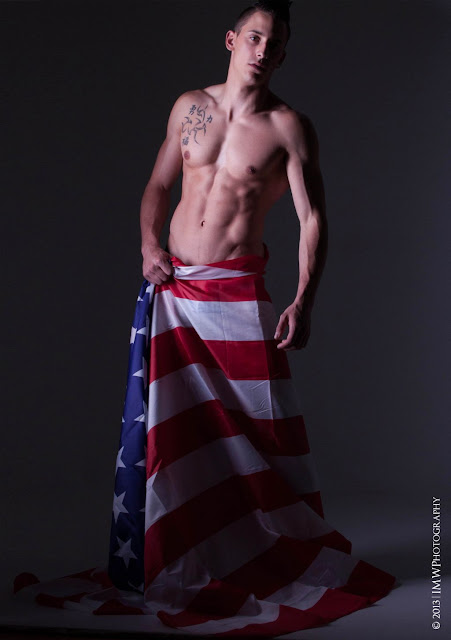 'I was just amazed by Chris! I did a shoot the week before that was really disappointing and was quite uninspired to do another test-shoot that day. As soon as Chris came to set he had a great energy pulled me up and was just inspiring! In person he is not just a really attractive model, but the camera loves him. When he captures the light it is just like magic. He also follows instruction very well! In addition to that he did come out of his comfort zone and tried some poses just like I wanted and at the end, we did not only had a great test shoot but also 3 beautiful short series of amazing images. You would never know that he is "just" a newcomer model with little experience. A professional guy with a great attitude and an amazing body!' 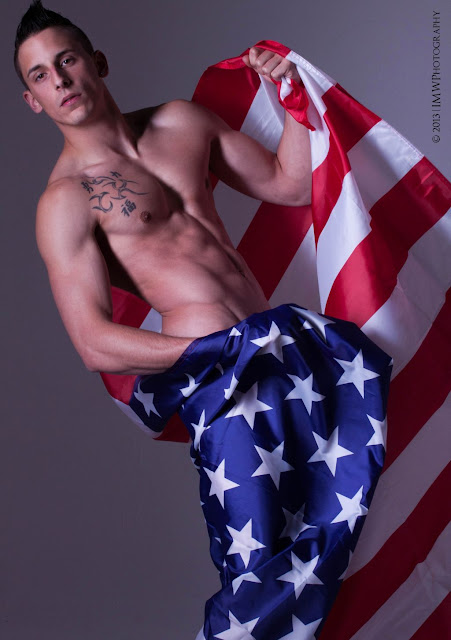