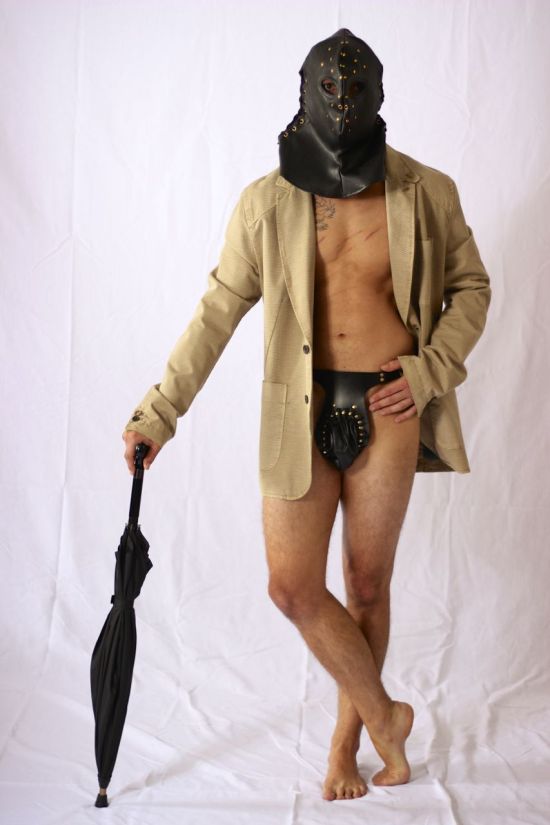 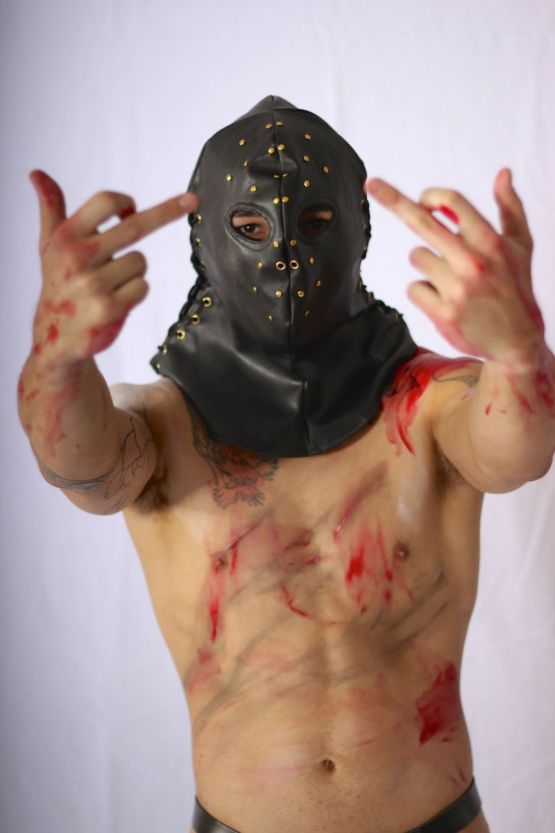 Keen observers might recognize the model, his tattoo's, his body and penis shape and look from a post I made earlier this month. The images here are both bloody, and just slightly dapper as in the first image Leatherface seems to be grabbing his umbrella and heading out for an evening stroll...although he really should have taken the time to wash off all  the blood from his latest victim... 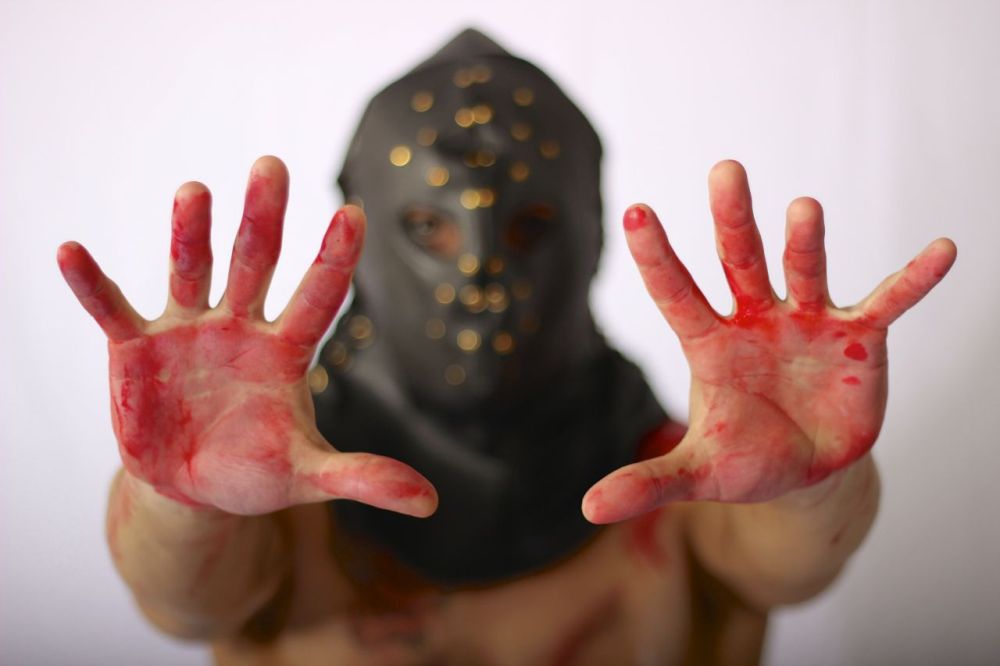 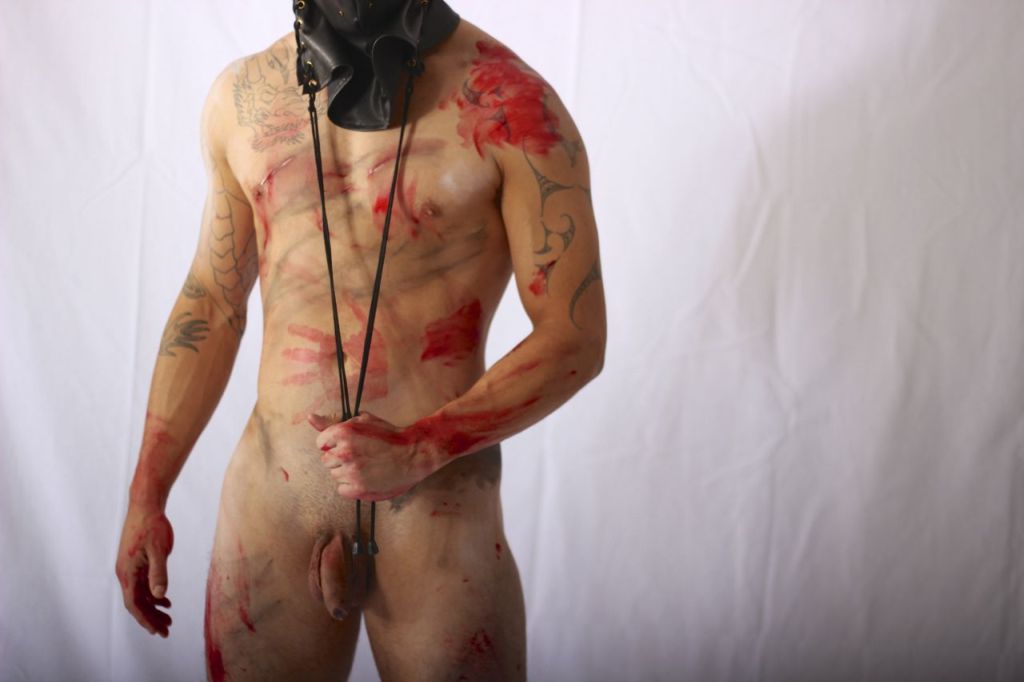 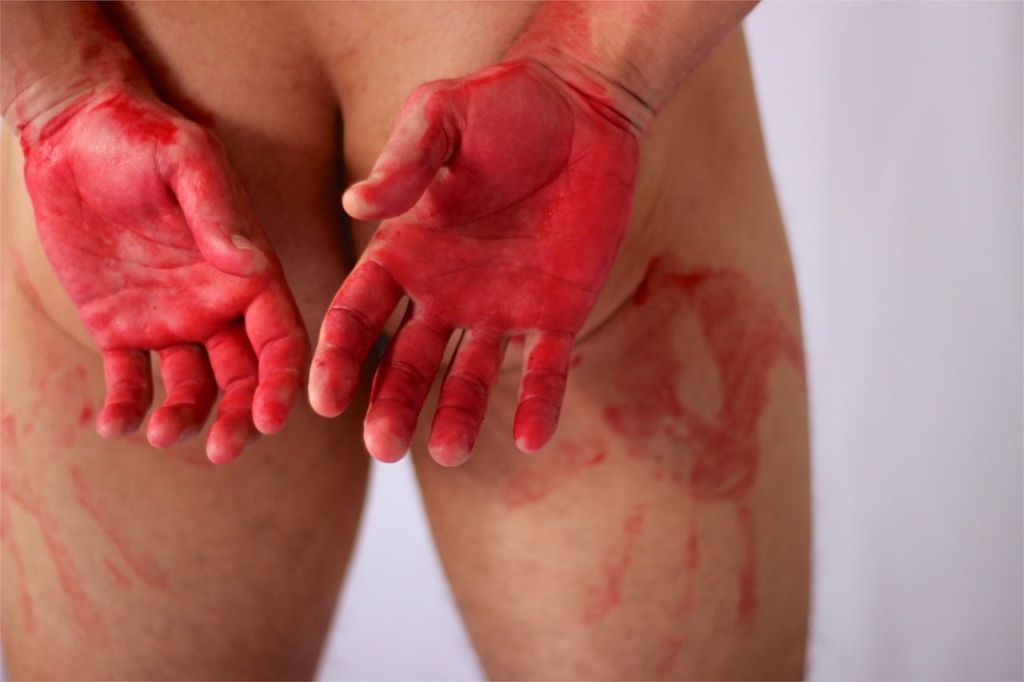 Without the mask, he looks much less sinister, adorable even, especially for a cold blooded killer!
*
*
*
*
*
*
*
*
Bonus points to you if you recognized Daine from my piece Anti-Thematic featuring Daine's images with Aussie photographer Brett Kiellerop from earlier in the month! 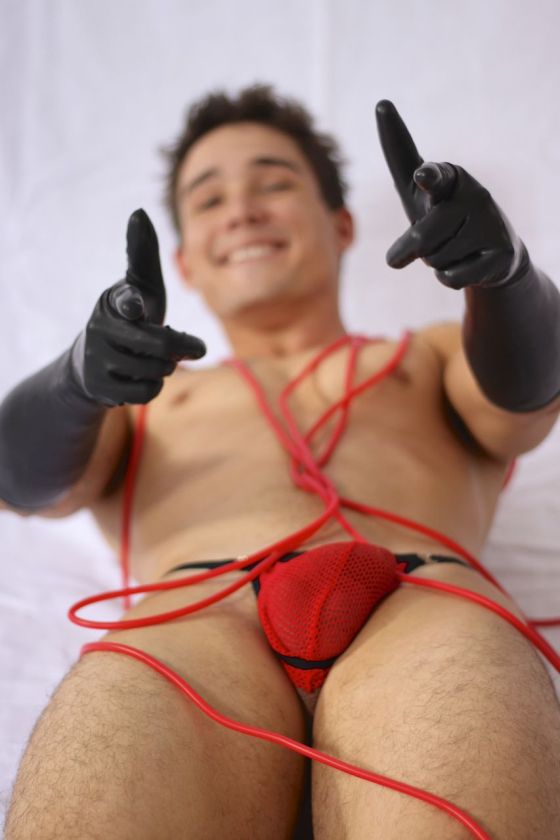 'At our first meeting, Daine was concerned about some long ragged scars he has on his chest from a rugby accident. He took off his shirt and I was fascinated. He has a tattoo of a dragon's head coming over his right shoulder, and the scars run perpendicular to it. The scars appear to be flames being fired by another dragon, making it look as though a dragon war is taking place on Daine's chest. I had to use that!' 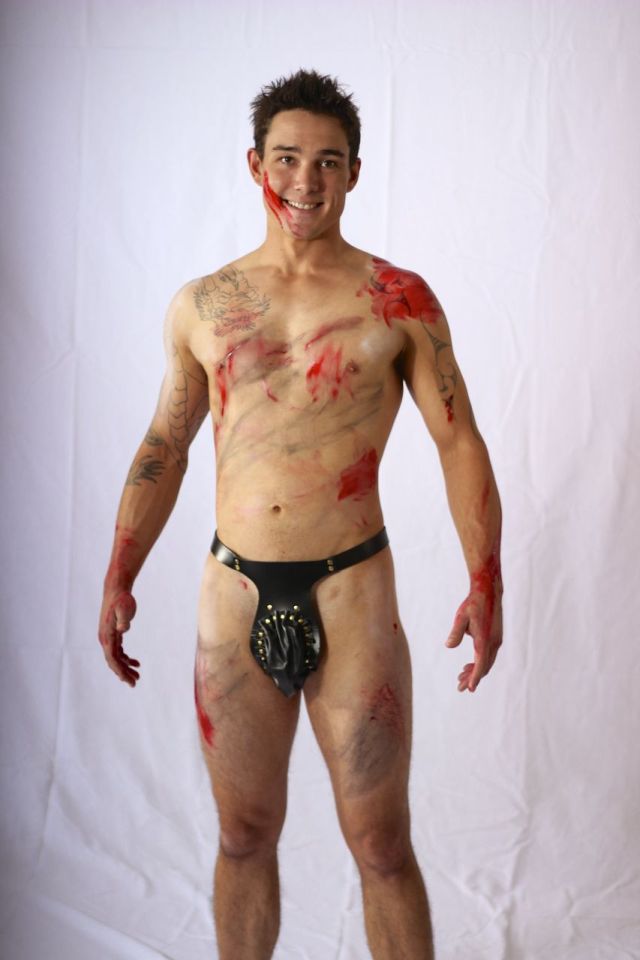