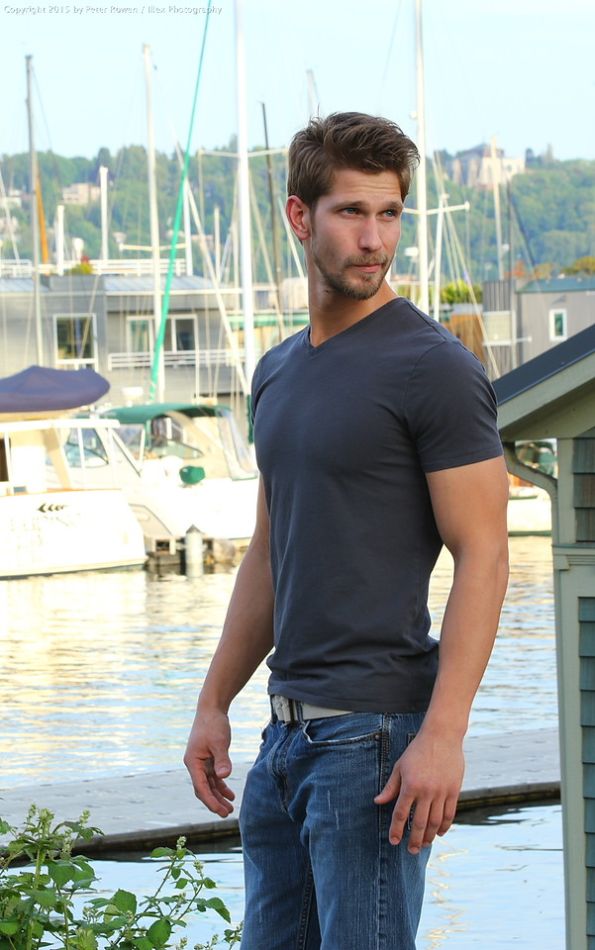 'I love the natural beauty of the Pacific Northwest, and figured a hot guy was one way to separate my nature shots from everyone else's.' 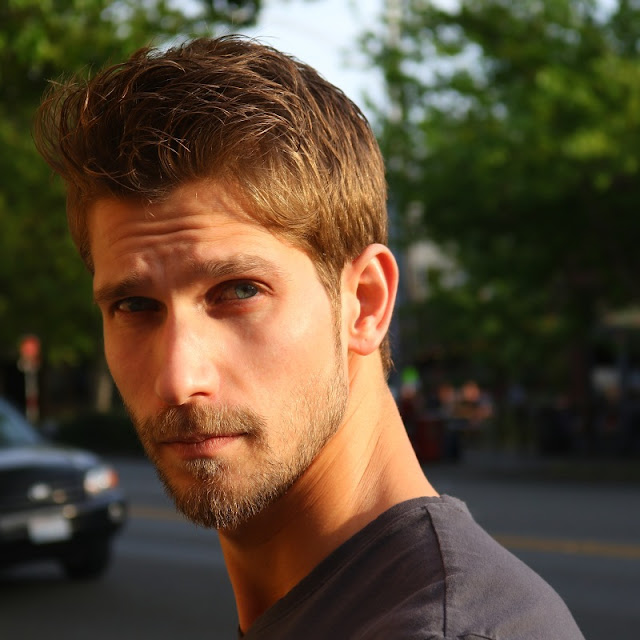 As many readers of FH know that one of my favorite models to feature has been Brandon Connelly. Back in 2012, while I was working on an interview for the blog, Brandon sent on some his work with Seattle photographer Peter Rowen. I loved Peter's images, especially his incredible portraits Brandon. (HERE:) I have kept my eye on Peter's work after seeing his recent work with thejakemartin was inspired to get in touch with him again. 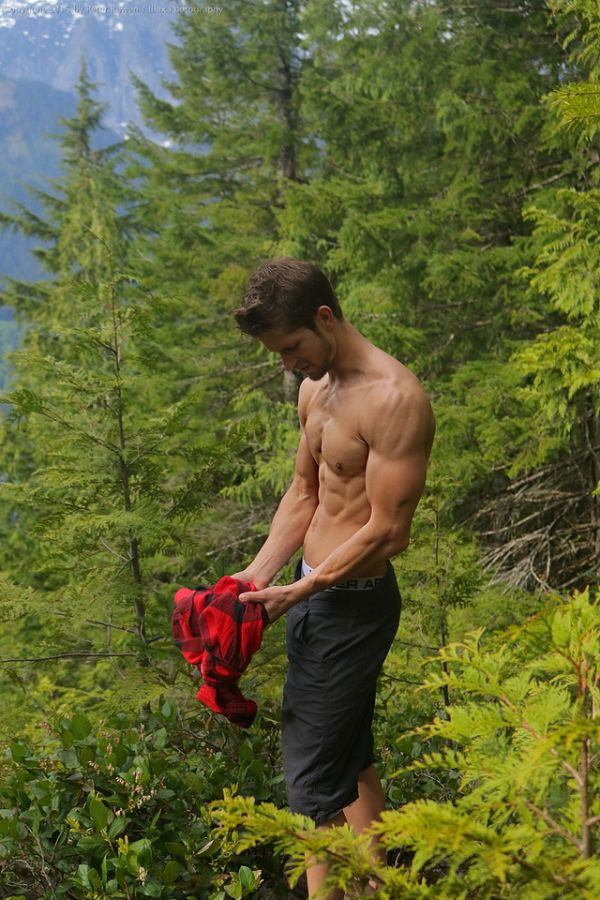 Peter found Jake on ModelMayhem while searching for male models in his area. Peter was surprised that given how amazing looking Jake was, he had only one shoot featured in his MM portfolio. Jake headed to Seattle for a weekend of shooting and Peter was impressed with both how skilled and professional he was to work with. 'I got lucky; he conducted himself like a seasoned pro, taking direction well and offering great input too. Not only that, but he was a pleasant guy, easy to be around for the whole weekend. It's a shame that there isn't more work for him in his own area, but it was worth it to bring him to mine.' 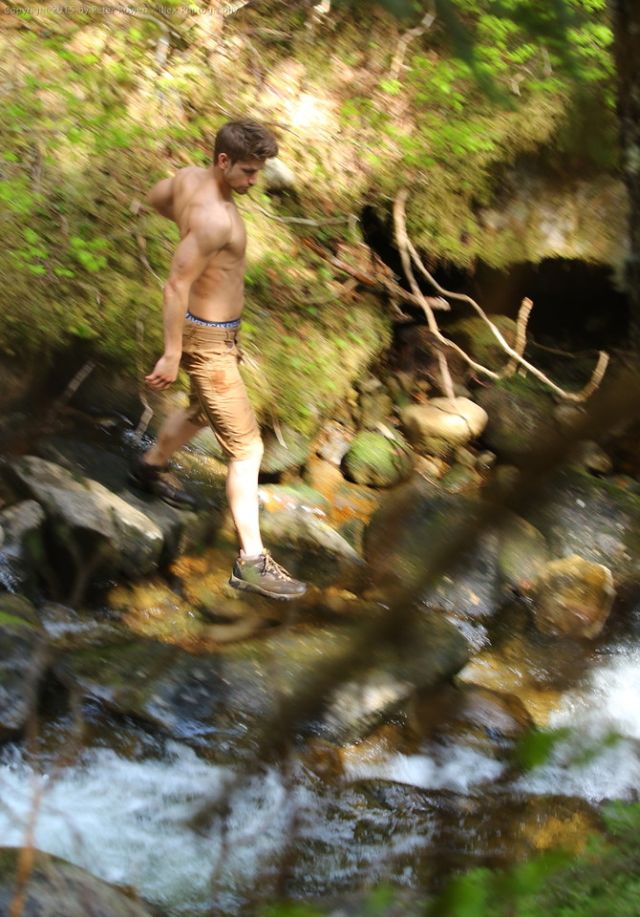 Peter did an incredible job capturing Jake's long lean and body, especially when surrounded by the majesty of the Pacific Northwest. The began shooting in studio, then ventured outside around Peter's studio before heading up the trails towards the nearby mountains. In addition to his professionalism and creativity, Peter was impressed with Jake's common sense and ability to come up with solutions whenever there was a blip or difficulty during their work together.. Several times throughout whiles shooting, including an some uncooperative rubber-ball props, Jake was able to problem solve the problem quickly, enabling Peter to focus on getting the shots. 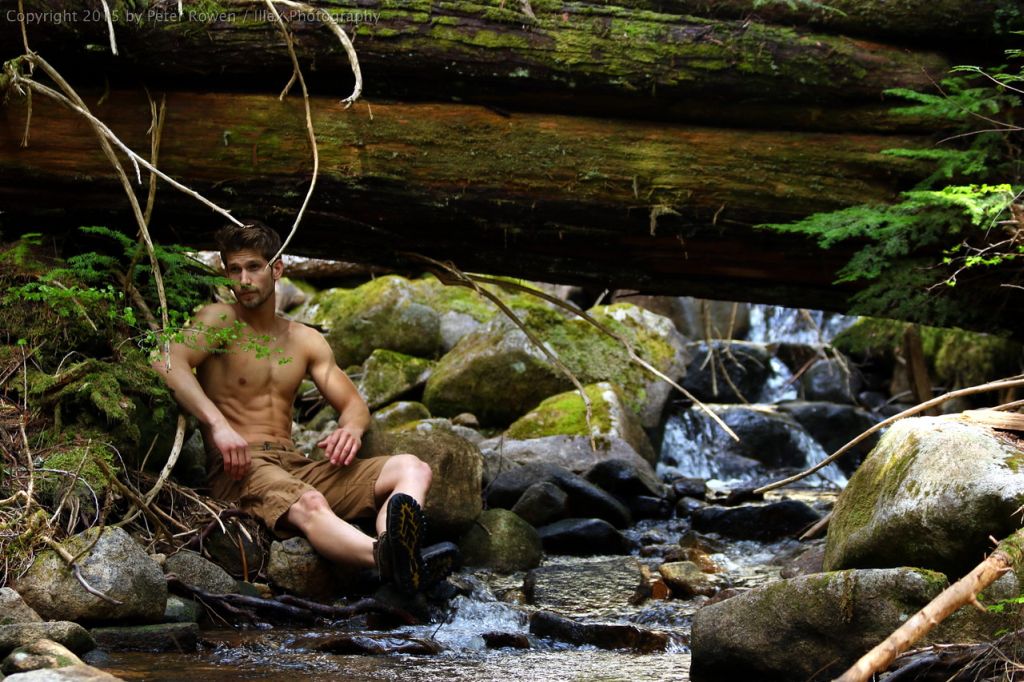 For Jake, it was an incredible adventure. Flying to a new destination, embracing a city's culture and connecting with nature. 'I've never felt so alive and free spirited!' Jake arrived in Seattle after a long window gazing flight and after finding his way out of the mouse maze he calls Sea-Tac International Airport, Peter picked him up and they began their journey towards the mountains. Although he was meeting Peter for the first time, he could instantly see how much love and passion he had for photography. It was reassuring for Jake to know instantly he made the right choice to to take the trip, and the leap of faith. For the next hour as they drove to Lake Talapus, they bounced shoot ideas back and forth and figured out the itinerary for the weekend. 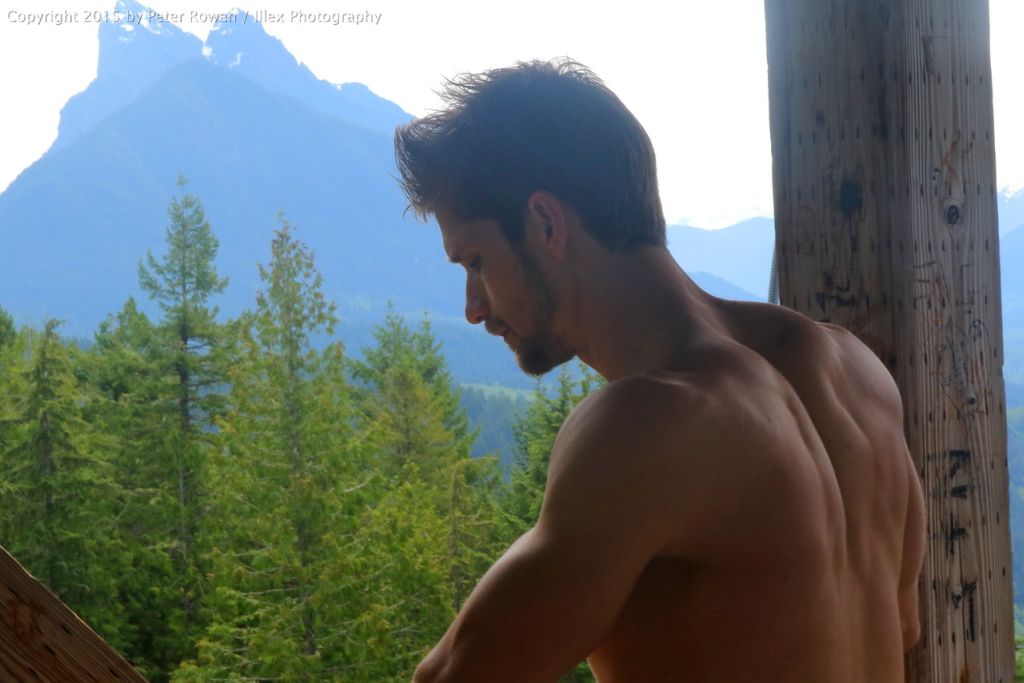 'Lake Talapus was gorgeous! Flowing streams with beautiful cascading waterfalls made it easy for Pete and I to get some amazing shots. Being a bit of a adrenaline junky, I had no problem trekking to Boulders in the middle of the stream or climbing up huge falling trees. After a 4 mile hike, we made it to Lake Talapus. What a serene view! Truly breath-taking. Around this time, Pete asked me "how many photos do you think I've taken?" not sure at all, I guess around 100. Pete smirked, "we are closer to 500!" That's incredible being that this was our first stop on my trip.' 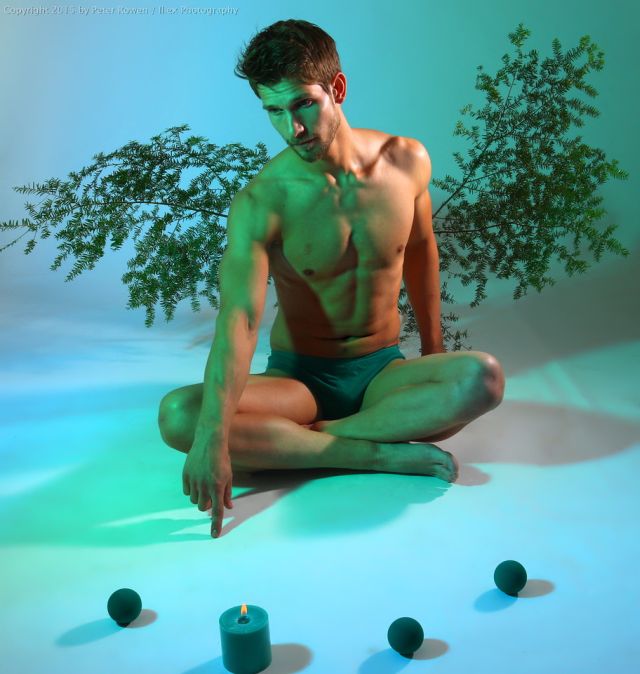 'The next morning, we drove out near index mountain to Haybrook lookout tower. This trail was my favorite! So rich and vivid with Moss' covering every tree and Boulder. I felt like I was in a nature documentary! haha. I fell in love and felt a deep connection with this place. At the top, all you can see is the vast mountain ranges connecting. So surreal! Definitely one of the best moments in my life. I couldn't be happier with how everything went in Seattle. Pete is a great photographer and I thoroughly enjoyed working with him. I hope to make it out there again soon!' 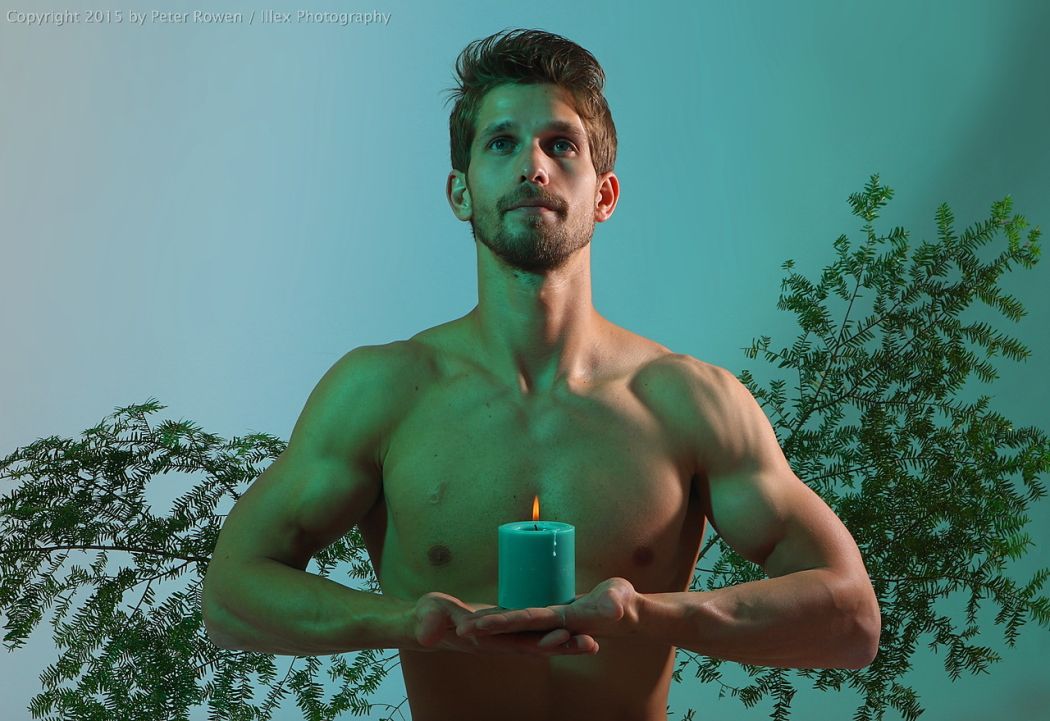 'Often, people as pretty as Jake are haughty or snooty or think they're better than everyone. With Jake, nothing could be further from the truth. He's such a genuinely friendly, warm, easygoing guy that it's hard to believe he's also so, well, hunky is the word you'd have to use. He's got a handsome face and a great gym body, but a discussion of Jake Martin isn't complete until you talk about his hair. He's got it under the care of a stylist at a salon in Omaha, and he fixed it himself however I wanted it for the shoot. We had it a little wilder for the shoots in the forest and a little tamer for the studio shoots, and he did a great job of keeping it all in place. And man, does it look great'! 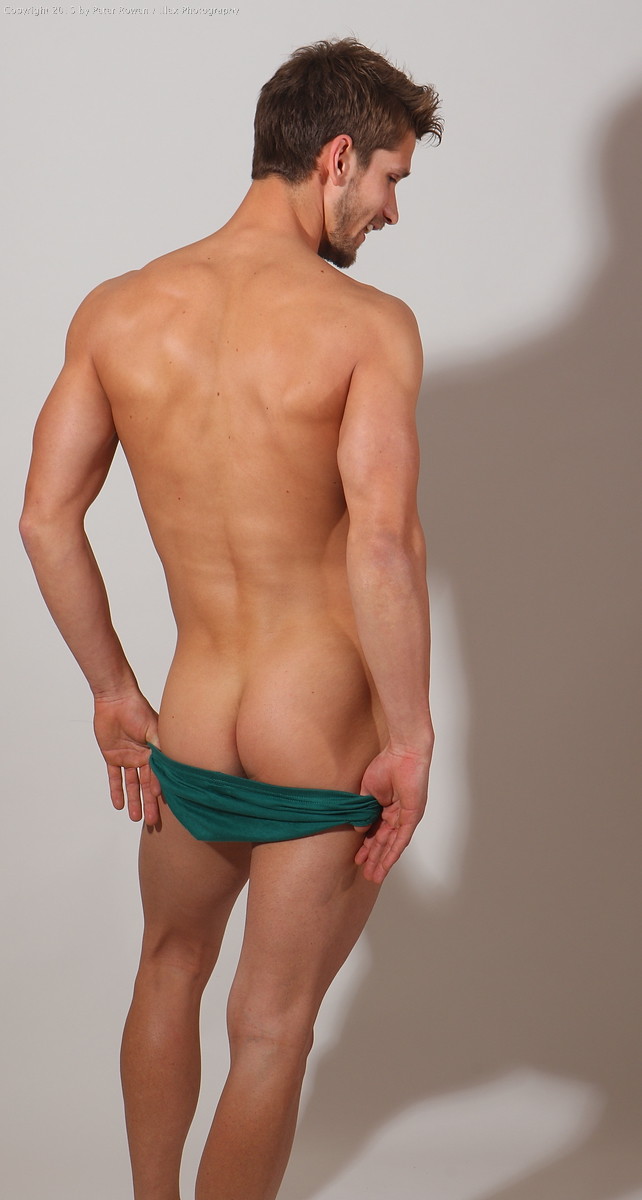 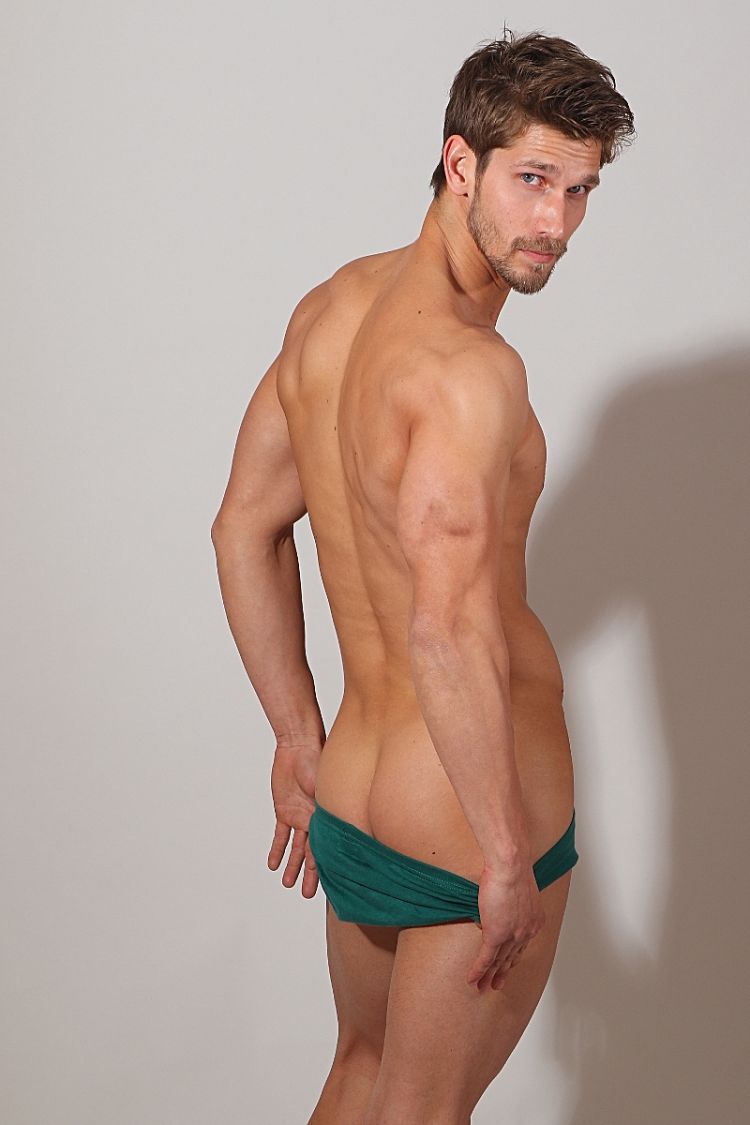 Good to see Jake getting the exposure he deserves!