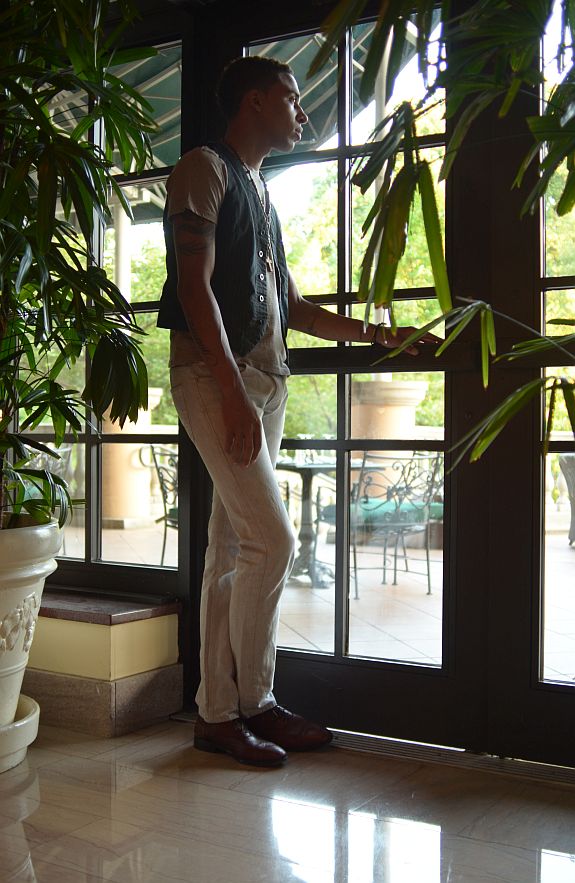 'I have displayed some of my photos of Tommy over the years on Model Mayhem and other sites, and have lustful lurkers from around the world contact me trying to find out who this guy is that they have fallen in love with.' 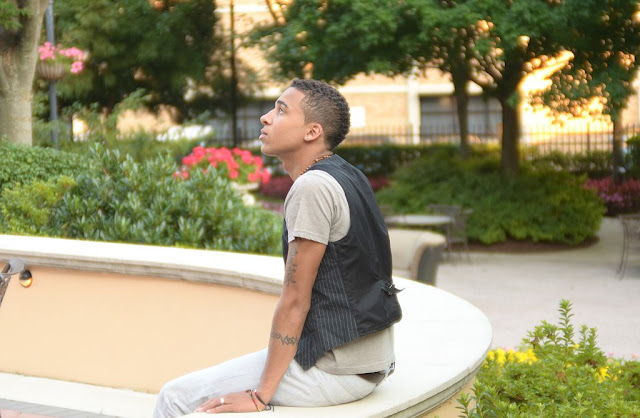 My interest (ok...lust) with Chris' images of 25 year old Tommy Hemps began with a set of images I chose not to include in this piece. When starting to put together the story, I found it hard to edit the images down to a few from that series, so decided to save them for a follow-up. I am glad I saved them, as the more time I spent with this set of shots, the more I wanted to give them a focus of their own. 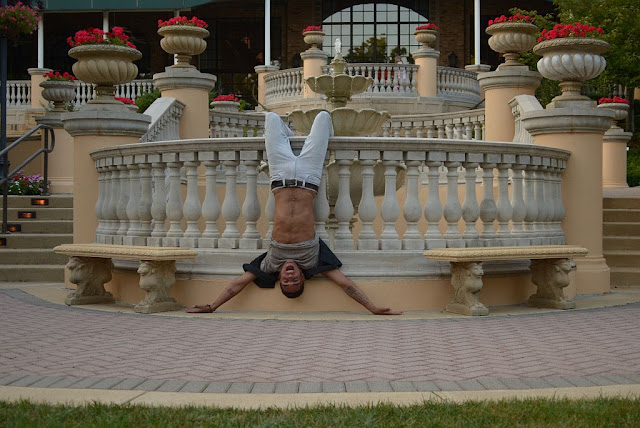 Tommy's Dominican and Italian background blend beautifully visually and Chris's images of Tommy are a visual smorgasbord, with so many beautiful pieces, that is is almost impossible not to devour each and every part. Chris skillfully captured them all, with mages that focus on Tommy's personality and emotions, and of course images that focus on his incredibly hot physique. Tommy's long lean body poses elegantly next to the window, and his legs and stomach both warrant attention of their own. Tommy's penis is also magnificent, but is just a part of what had me wanting to feature his images. 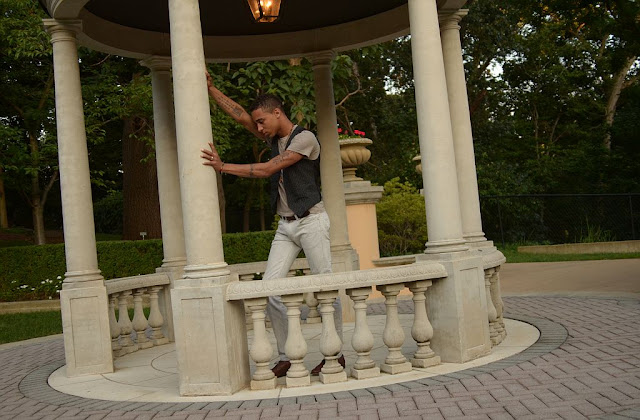 'I first met Tommy when he was emerging from tumultuous teen years. He was just beginning to bloom as an actor/performer/model. Though he was just a bit nervous and shy, when the camera lens turned on him, he lit up. My first of two shoots with Tommy was in a hotel just north of Washington DC--in Rockville. Even then, he loved being naked and had wonderful command of a million facial expressions.' 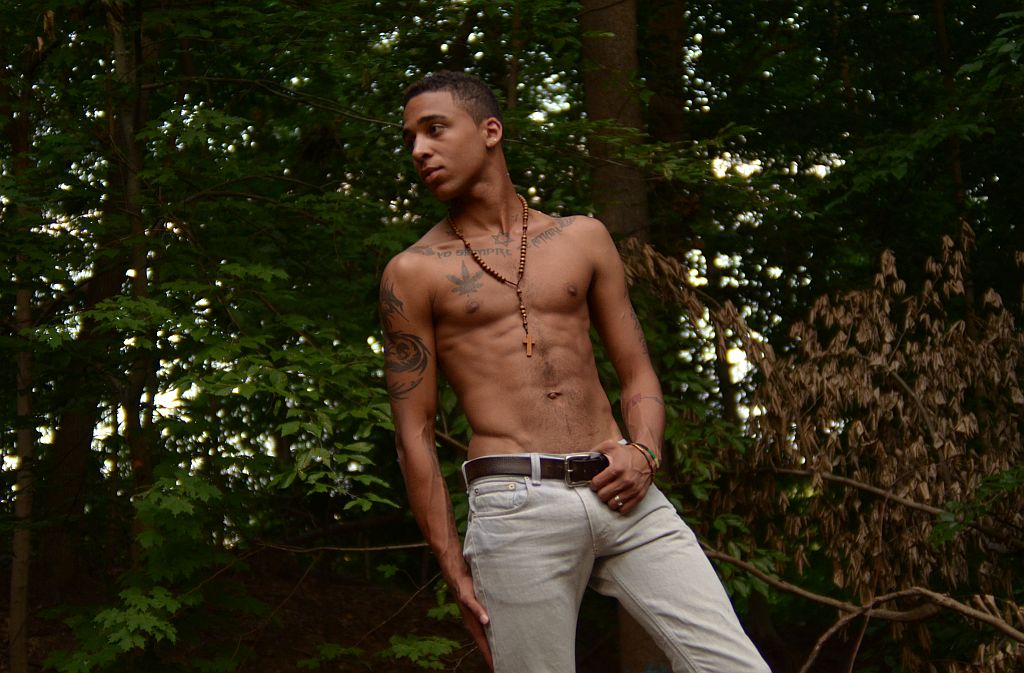 If you scroll down, it was those facial expressions that Chris mentioned that caused my difficult choices with what images to use, to leave out. My favorite shots from this series are the 4 images near the bottom that Chris took of Tommy in front of the mirror. Whether he is looking at the viewer, or looking at his own reflection, I became hypnotized looking at, and into, Tommy's beautiful brown eyes. It is always fascinating when a photographer captures contrast of a model in a single image. There have been times I have seen a face, or body shot of a model, only to have my initial impressions blown to bits. 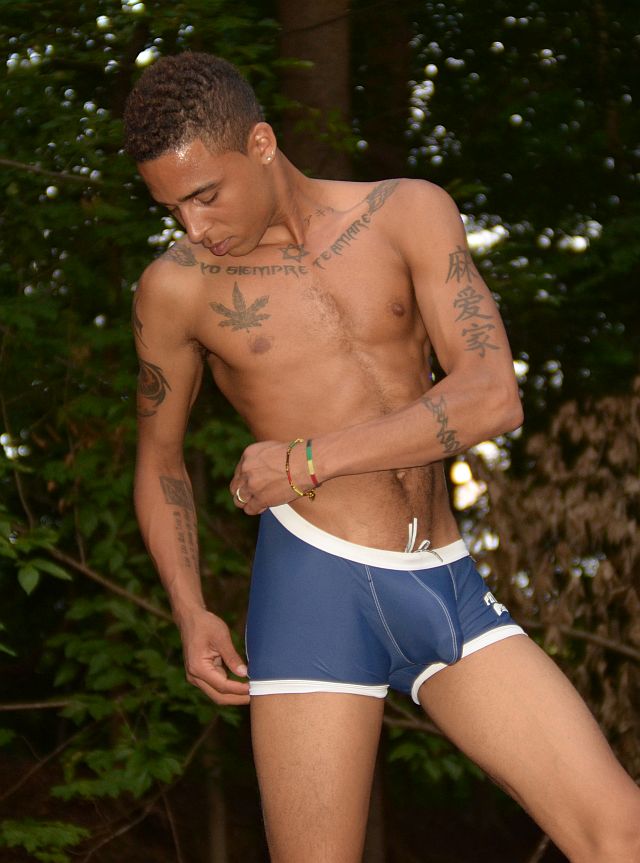 Tommy's eyes speak to a spirit and depth, beyond what I saw in that first set of nudes that drew my eye. It my be connect to Tommy's belief in Intricate Irrelevance, the name of Tommy's website. The phrase intrigued me when I read it and I wanted to find out more. For Tommy, Intricate Irrelevance represents sophisticated uniqueness and complex simplicity. Manifesting reality from dreams. It is acknowledgement that ultimately, every thing we do, in the big picture of life, is ultimately irrelevant to everyone, and everything unless we're happy and passionate about what we're doing. It isn't about being selfish, it is about not wasting precious time on things that bring us more pain than gain. 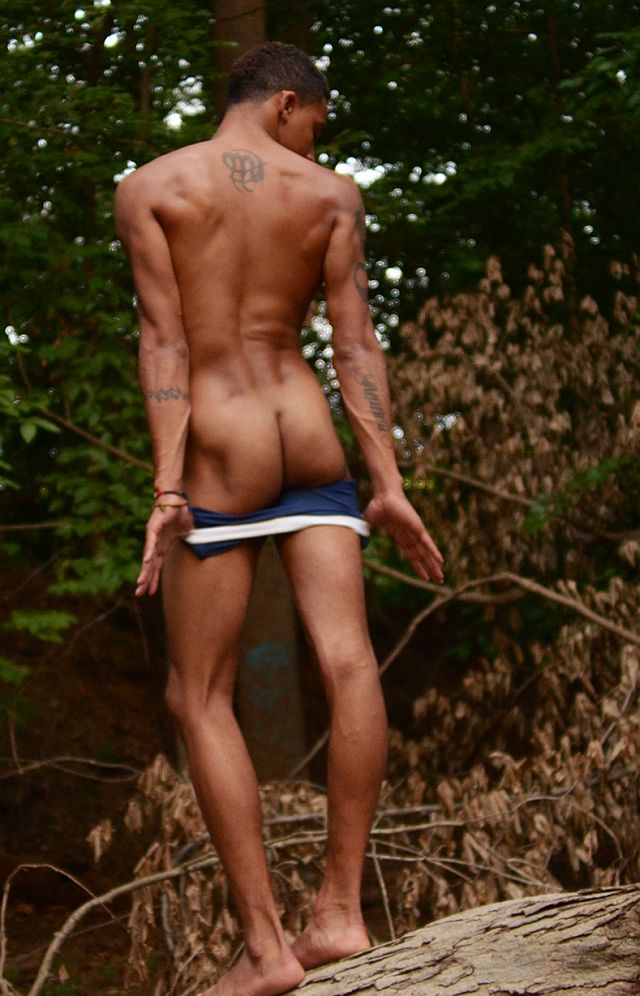 For Tommy, this mean leaving a job, a job that he was good at, yet didn't give him the satisfaction, and recognition he desired. Some of his friends and family mentioned modeling could be a good way to explore his creative side, not to mention putting his talents, personality and good looks to use. Although Tommy is realistic about the risks, and financial limitations of the industry, meeting new people, going to new places and trying new things has been creatively fulfilling, fun and filled with positivity. 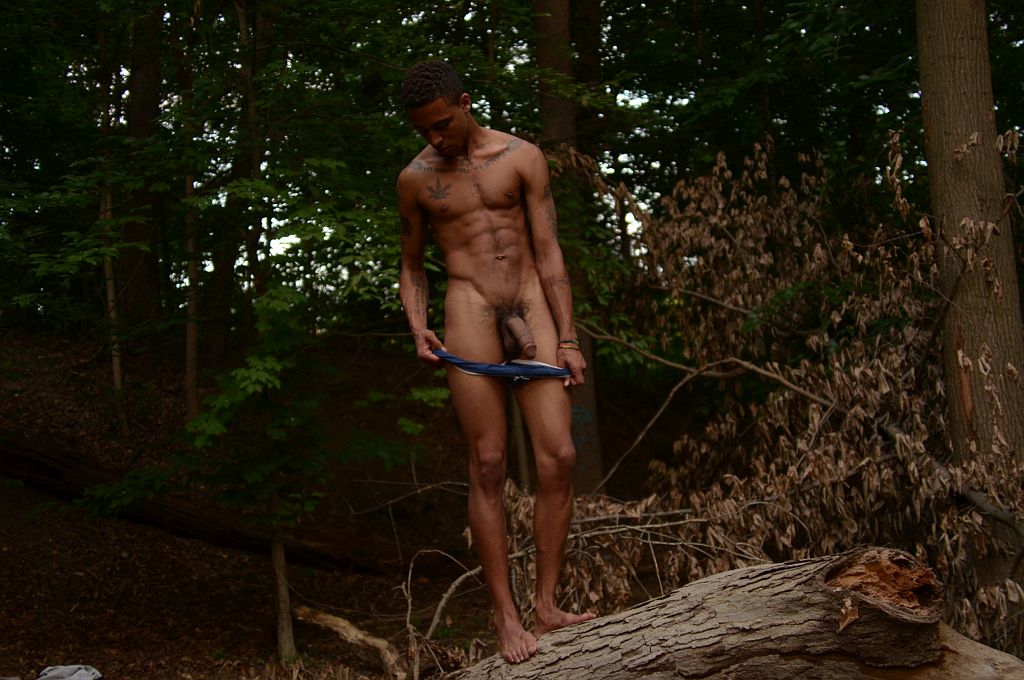 Some readers may remember that photographer Chris A Freeman is a doctor. A doctor, who for his career must spent a lot of time on the road. Part of his passion for capturing the male form comes from his passion for the art, and his desire to break the monotony of traveling and time alone in hotel rooms. As you can see from his images of Tommy, some of those hotels are quite spectacular.

Man in the Mirror 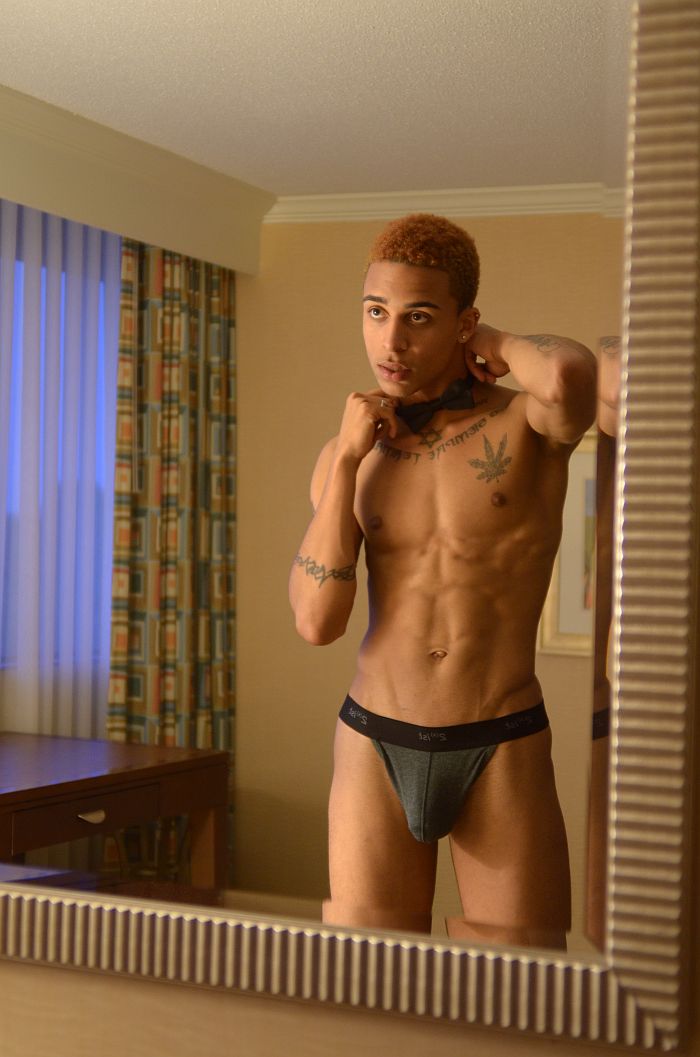 'Our second shoot was at one of the nicest hotels in D.C.--a famous one at the Woodley Park Metro Stop. This hotel always hosts presidential inaugural balls and is filled with history of the rich and famous. Here, we shot a series of playful photos on the beautiful grounds of the hotel. Later on, we jumped the back fence into a secluded are of the famous Rock Creek Park, where Tommy began to bare all. Although some of these shots are not of the quality I might have liked (it was an older camera without some of the features of my new equipment), Tommy was a rock star. Judge for yourself. He didn't hold anything back. In my mind, he's one of the best-ever. Who doesn't love Tommy?' 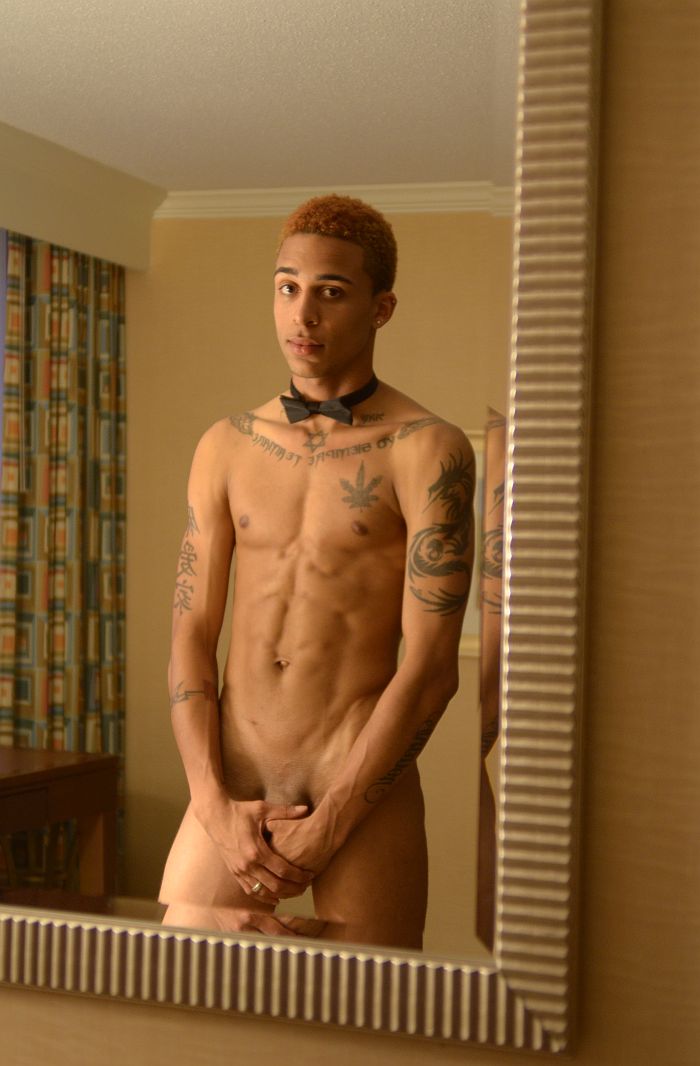 Although Chris is located in Chicago, his traveling allows him to work with models from many area's surrounding his city and state. Chris is always looking for models, especially new models who are starting out and looking to collaborate and build their portfolio's and experience base. Chris has many upcoming trips planned, so if you're in Chicago, Northern Indiana, SW Michigan, Atlanta, DC or beyond, hit him up on Model Mayhem to discuss a shoot! 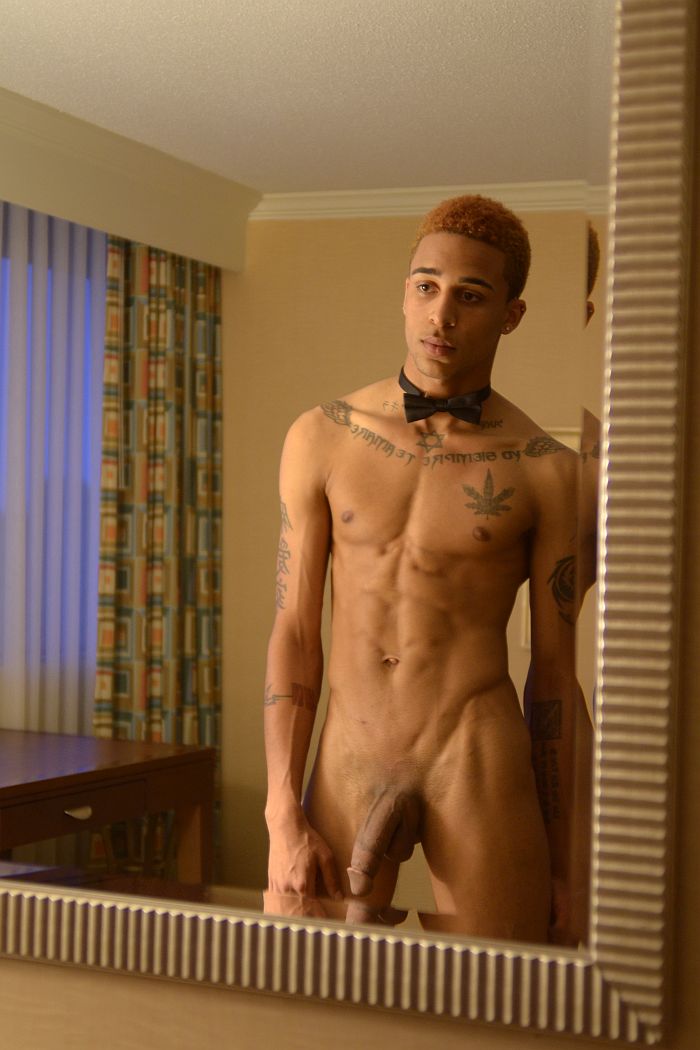 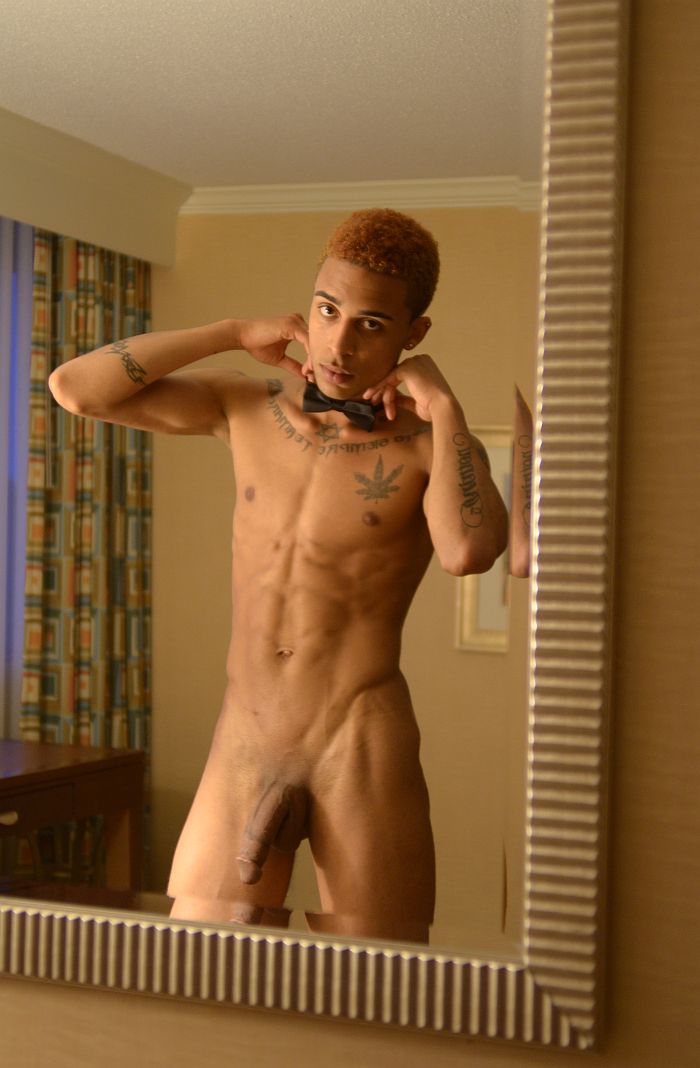 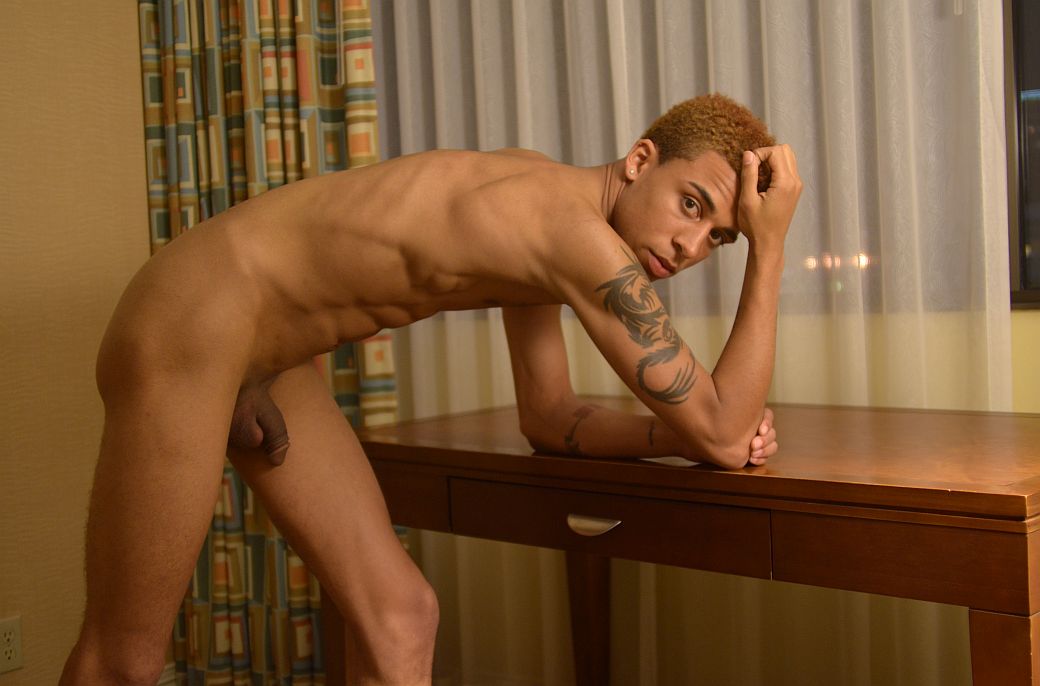 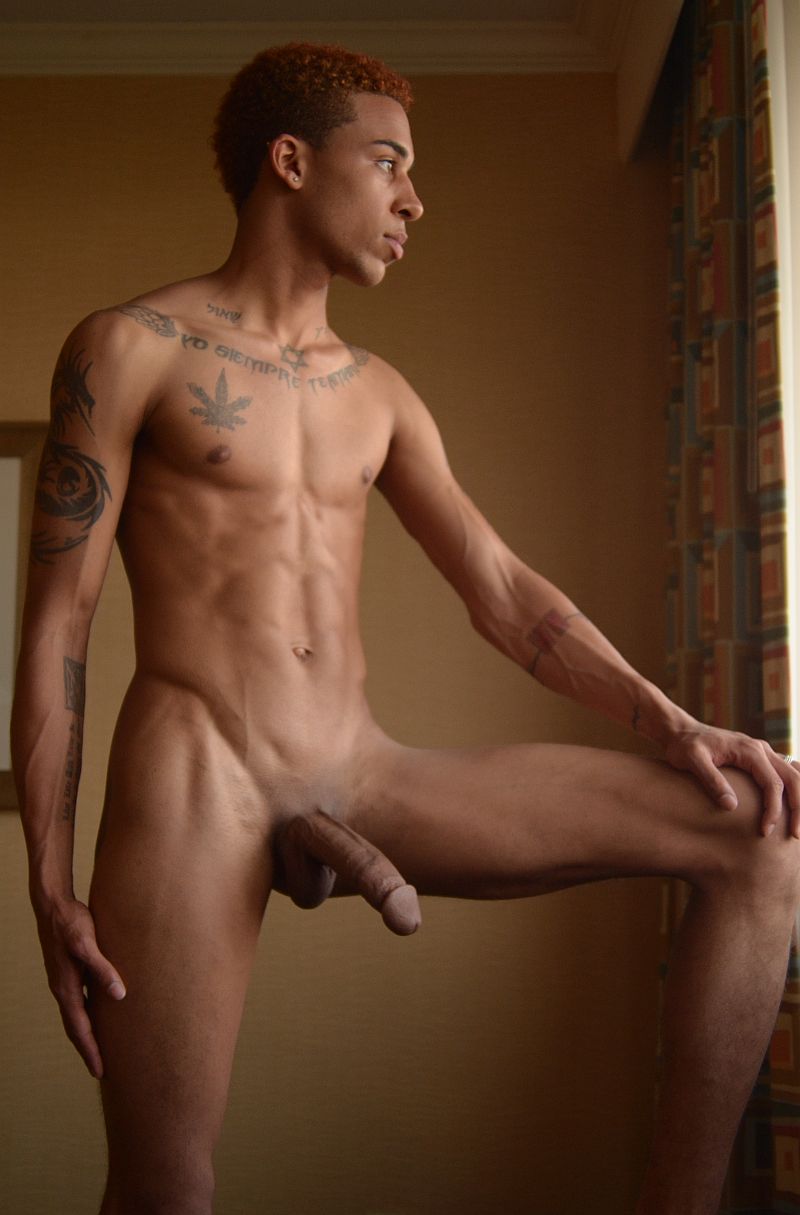